Get up to speed with all our in-depth coverage from around the globe in October.

The US election, with good reason, has been preoccupying a lot of folks, so we look at the potential implications for a range of humanitarian issues. But we also bring you a new investigation into racism at one of the world’s leading charities, and a timely opinion piece raising key recommendations and questions for the aid sector. From Yemen to Greece, famine to press freedom, here’s what we’ve been reporting on.

Subscribe to our daily or weekly newsletters to get these updates straight into your inbox. 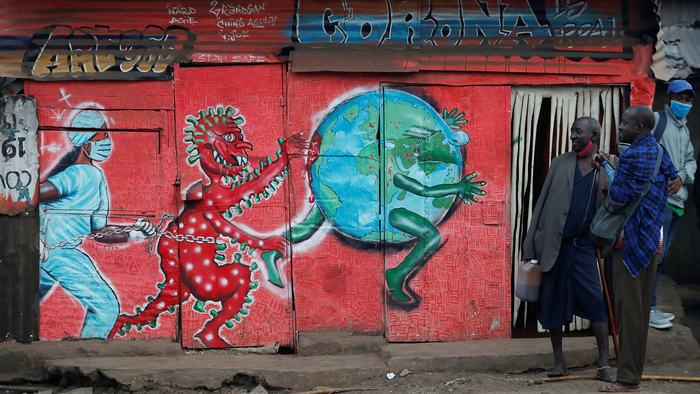 Are warnings of a COVID-19 famine in Africa overblown?

The warnings have come thick and fast, and many of them from the head of the Nobel Peace Prize-winning World Food Programme: There could be a famine of “biblical proportions”; COVID-19 is pushing countries, mostly in Africa, “closer to the abyss” of famine; “if we do not act now… many people will die”. But might such dire predictions be overblown? And, if so, what other vital issues might they be pulling attention away from? For this two-part weekend read, we revisited the six families from our award-winning Drought Diaries series and asked them how COVID-19 has affected their lives, in Somalia, Kenya, and Zimbabwe. We also asked experts in emergency aid in Africa what they thought. And while it’s true coronavirus hasn’t left the continent untouched, many African countries appear to be holding up better than expected. As one aid official put it, while there’s “no harm in preparing for the worst”, “jumping on [COVID-19] bandwagons” isn’t a good look, and the evidence suggests “we need to get our focus back to the existing conflict/disaster settings”.

The aid worker charged with calling his security guard a ‘slave’

A first whistleblower reported to TNH in April that the American boss in Sudan of Catholic Relief Services, one of the world’s leading charities, had been accused of racism, abuse, and misconduct, as early as 2018. Three months later, the same man, Driss Moumane, was arrested for allegedly calling his security guard “a slave”. CRS finally said on 20 October that he had been fired, just as we were about to publish this six-month investigation, which raises wider questions of accountability and whistleblower protections in the aid sector. 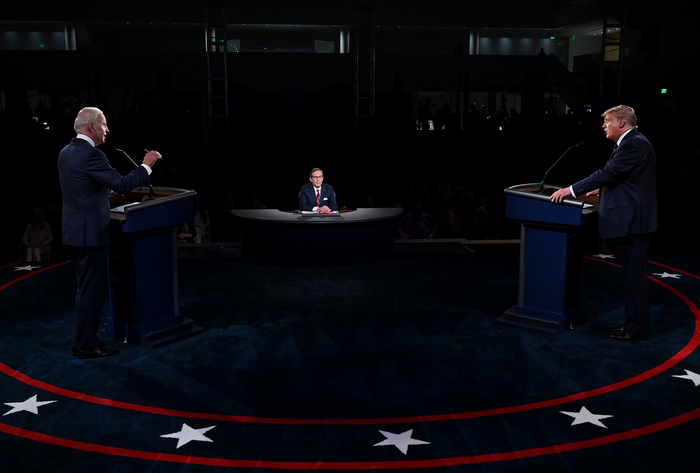 What’s at stake in the US election for refugees and asylum?

In less than four years in office, the administration of President Donald Trump has largely dismantled the US asylum system and refugee resettlement programme. If elected on 3 November, Joe Biden, Trump’s Democratic challenger, has said he will take a starkly different approach, vowing to “reassert America’s commitment to asylum seekers and refugees”. But what can advocates realistically hope for?

Sanctions have become more of a geopolitical tool than about protecting human rights. It’s time to change course. 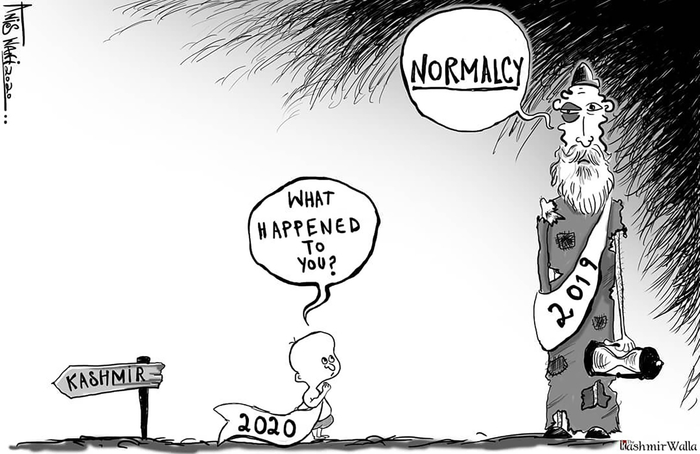 As restrictions grow, Kashmir’s cartoonists say they’re taking greater risks than ever to document military clampdowns and the humanitarian fallout.

Faced with clampdowns, health shortages, and minimal outside aid, Kashmir’s community volunteers are stepping in where official efforts fall short. 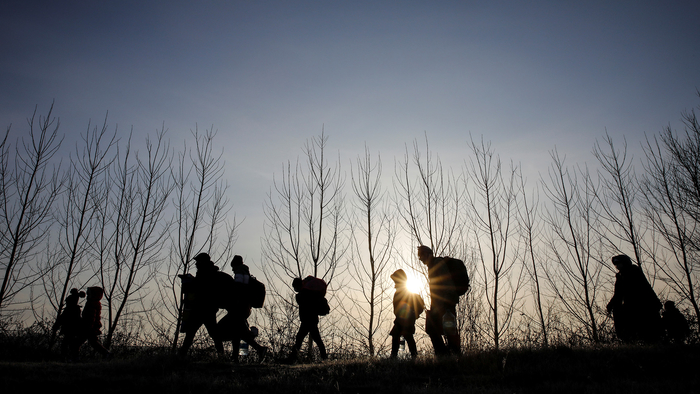 Lake Van: An overlooked and deadly migration route to Turkey and Europe

Treacherous migrant crossings across the Mediterranean Sea and the Turkey-Greece border are, generally speaking, fairly well documented, even if certain aspects remain shrouded in ambiguity. But not too far away lies another border, and another ‘sea’ – one that’s much smaller but, seemingly, just as perilous. Lake Van – in a mountainous region of southeast Turkey 50 kilometres from the Iranian border – has long been a hub for smuggling sugar, tea, and petrol, but in recent years more and more people have been making the dangerous journey. The number of Afghans apprehended entering from Iran has risen from 45,000 in 2017 to more than 200,000 in 2019. Lake Van is a good way to avoid being caught and deported. But the cemetery on top of a hill overlooking the city of Van keeps growing. Many of the gravestones have simply a date scribbled on them, or the word “Afghan”.

When the leaders of Greece’s far-right Golden Dawn party were convicted in October of running a criminal organisation, tens of thousands of Greeks filled the streets of Athens in celebration. But while human rights groups and others celebrated the ruling as a major victory in the fight against racist violent and hate crimes, there’s growing disquiet over a different form of Greek political intolerance: the forced return of asylum seekers. Greece has long barred people from crossing its land border with Turkey illegally, returning those it catches before they can claim asylum, in what are called pushbacks. This year has also seen the government turning away those migrating by sea, sometimes on small, inflatable rafts. And now, as Sarah Souli reports, it appears that the ruling New Democracy party has been taking an even harder line, expelling hundreds of asylum seekers – some with cards that should allow them to stay – from deep inside Greek territory. 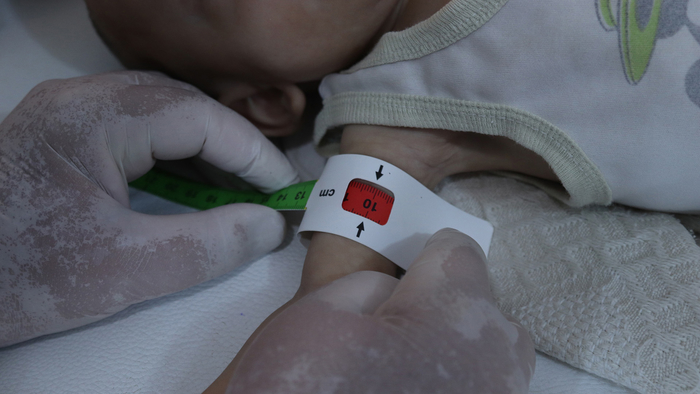 Inside the childhood hunger ‘emergency’ in Syria’s Idlib

Idlib doesn’t make the headlines quite as much as it used to, thanks to a March ceasefire that put a Russian-backed Syrian government offensive on hold – but life for millions of civilians in the rebel-held northwest remains a struggle. The UN reports a drastic rise in cases of COVID-19 over the past month, and UN relief chief Mark Lowcock told the Security Council this week that “healthcare workers increasingly fear being overwhelmed” by the virus. And the pandemic is far from the only challenge doctors and nurses in the battered region are facing: For months, they’ve been witnessing rising rates of malnutrition, especially in young children. In this Weekend Read, find out how mass displacement and a collapsing currency have collided to create a situation where more and more parents are struggling to buy enough food for their kids.

A massive shortfall in international funding is forcing aid groups to scale back their work in Yemen, a country enduring what the UN calls the world’s “worst humanitarian crisis”. Read our latest story, which lays out six different dimensions to the catastrophic situation in the country, check out the background on the aid diversion behind much of the cash crunch, and don’t miss our doctor’s coronavirus diary, which recently won the One World Media coronavirus reporting award.

COVID-19, systemic crises, and the need for aid reform

“The humanitarian system has developed to respond to geographically contained and separate crises that are usually a long-haul flight from the centres of power and wealth that sustain it. But that is no longer how crises work.” In an opinion piece this week, Lydia Poole dares to say what may not always go down that well as an aid sector consultant: the system is “hopelessly ill prepared for our times, out of ideas, and running out of time” to reimagine itself. Find out what she thinks we need to do.

Years of impunity won’t end until both victims and aid workers feel they can report abuse safely and that action will be taken. This op-ed follows a year-long investigation into sexual abuse allegations during the 2018-2020 Ebola response in the Democratic Republic of Congo by The New Humanitarian and the Thomson Reuters Foundation. Click here to read the main investigation.

Until next time, thanks for reading! Interested in bite size updates? Subscribe to our weekly newsletter to get the most important stories straight to your inbox.