Cartoon by @gathara for @irinnews on World Humanitarian Summit 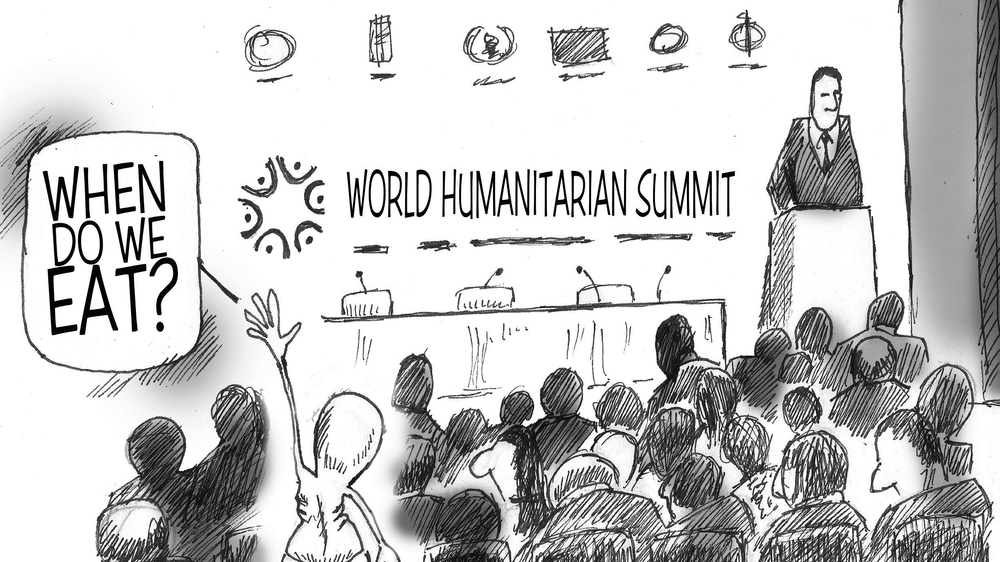