UVIRA, The Democratic Republic of Congo

More than 200,000 people have fled fighting in the Democratic Republic of Congo’s South Kivu highlands in recent months as a long-simmering struggle over land, power, and citizenship descends into village burnings and widespread killings.

A coalition of militias drawn from the Babembe, Bafuliru, and Banyindu communities – who consider themselves “indigenous” Congolese – are fighting the Banyamulenge, a cattle-herding group of Rwandan origin often derided as outsiders.

Foreign rebel groups from neighbouring counties are suspected of participating in the violence, which is centred on Minembwe and Itombwe – remote mountainous areas where many Banyamulenge have lived for generations.

Aid groups are providing limited assistance to displaced people, who are mostly staying with host families. Washed-out roads and insecurity are preventing aid workers from accessing some areas.

Like Ituri province in the northeast, the crisis in South Kivu has flown far under the humanitarian radar as Congo’s ongoing Ebola epidemic captures the limelight – and much of the international funding.

“There is a total imbalance in terms of attention,” said Maureen Philippon, Congo country director for the Norwegian Refugee Council, which is working in Minembwe.

Fighting here is common, but residents say the recent clashes are among the worst in years.

More than 100 villages – the majority of them Banyamulenge – have been burnt, according to some estimations. The UN is struggling to verify these claims due to its limited presence in the region, where many roads are impassable.

Mass theft of cattle has wiped away the livelihoods of many Banyamulenge residents, some of whom told The New Humanitarian of brutal killings and alleged a calculated campaign to dislodge them from their villages in Minembwe and Itombwe.

Clashes have intensified in recent weeks, as the militias – known as Mai-Mai – close in on Minembwe town, where thousands of displaced Banyamulenge have sought protection around a UN peacekeeping base.

Some 35,000 people have been displaced since September, according to the UN’s emergency aid coordination body, OCHA.

Relations between the communities deteriorated following the killing, by Banyamulenge fighters, of a Banyindu traditional chief known as Kawaza Nyakwana in May. His death triggered cycles of revenge attacks that have proved hard to contain.

Residents, aid workers, and Congo researchers told TNH that local tensions are being amplified by the presence of foreign rebel groups from next-door Rwanda and Burundi.

The rebels have bases in eastern Congo and are thought to be working alongside militias on both sides, adding weapons, manpower, and a complex regional dimension to an already multi-layered local conflict.

A vast area of emerald green hills, South Kivu’s highlands are home to dozens of local militias and foreign rebel groups who have been fighting for different reasons on and off for decades.

At the centre of many conflicts are the Banyamulenge – a herder community that migrated here in bulk from Rwanda in the 19th century.

When Belgian colonialists carved up South Kivu into different territories along ethnic lines, the Banyamulenge were one of the few communities denied a “chiefdom” of their own. Many branded them outsiders and challenged their right to citizenship.

This collaboration with Rwanda hardened negative feelings towards them, as many neighbouring communities suffered at the hands of the foreign and rebel troops. Hundreds of Banyamulenge civilians were massacred by militias and Congolese government forces.

While full-scale civil wars have since ended in Congo, the Banyamulenge’s quest for territory and acceptance – and armed resistance to this from other communities – has not.

Skirmishes in recent years have been common, but fighting on the current scale is “unprecedented”, said Delphin Rukumbuzi, a Congo expert from Minembwe who lectures at Rotterdam’s Erasmus University. 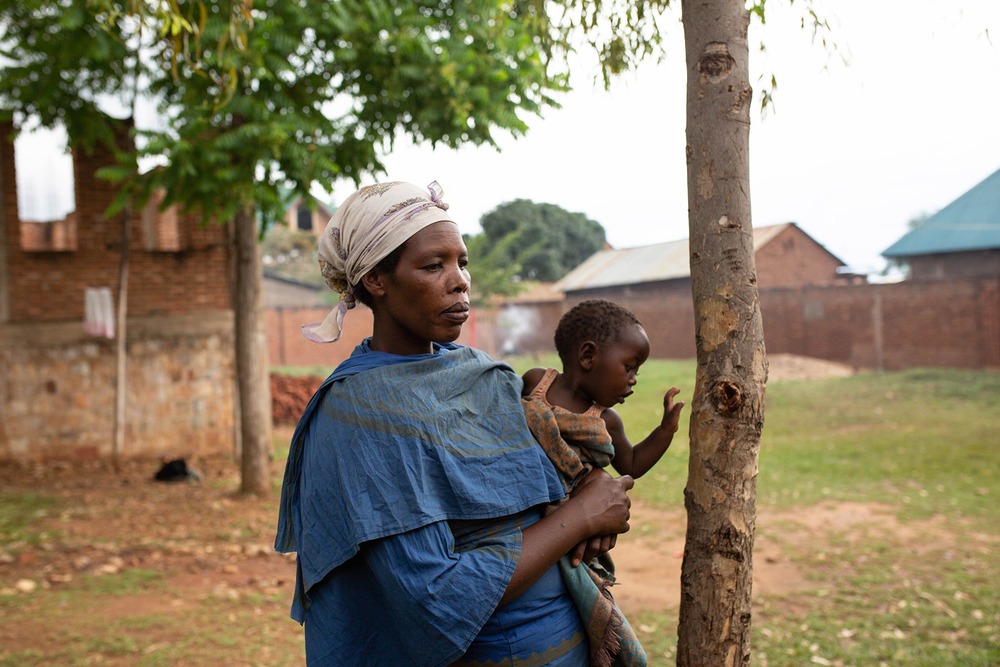 Philip Kleinfeld/TNH
Aimee Nahugisha trekked 50 kilometres to Uvira after her village was attacked.

‘I have never seen a war like this before’

The more than 200,000 people displaced in recent months represents roughly 60 percent of the population in the affected health zones of Itombwe, Minembwe, Fizi, and Nundu, according to a recent report by international aid agencies working in the area.

The report says schools, pharmacies, and hospitals have been destroyed, disrupting vaccinations as deadly measles and cholera epidemics ripple through Congo.

While all communities have been affected, UN officials and aid workers say the Banyamulenge are suffering the most.

“I have never seen a war like this before.”

Rarely do the three other communities – whose militias have their own internal rivalries – operate in a military alliance against the Banyamulenge, which is at a “high” risk of suffering atrocities, according to UN officials.

Village burnings – which intensified last week in a series of attacks – have now squeezed the Banyamulenge into an increasingly small patch of land in South Kivu, while others have made it to safer towns such as Uvira, along the shores of Lake Tanganyika.

Aimee Nahugisha – who trekked 50 kilometres to Uvira in flip flops – said her village, Turambo, has been attacked five times by Mai-Mai fighters since May. Some residents were shot or burnt alive in their houses, she said; others died while hiding out in a forest set alight by the militia.

Soleil Namasana, from Minembwe town, lost her husband and three brothers – hacked to death with machetes while searching their fields for stolen cattle. Her final respects were paid through a blurry mobile phone picture of their unrecognisable bodies.

“I have never seen a war like this before,” Namasana said. 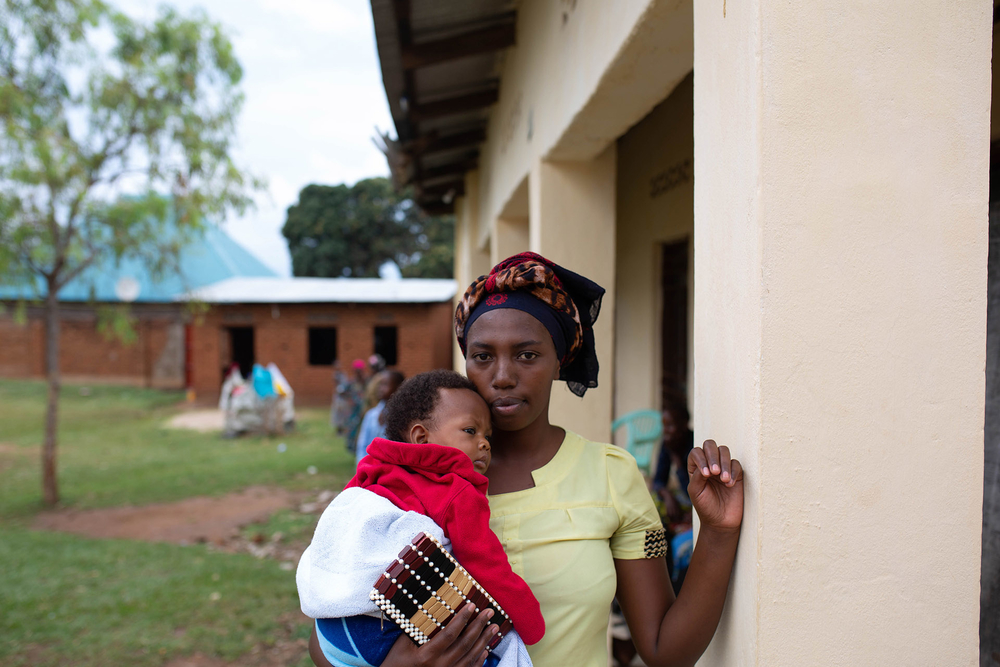 The militias are accused of stealing tens of thousands of cattle – a relatively new strategy that the Banyamulenge say is destroying both their economy and their identity. Bereft of pastures, some cows that haven’t been looted are now dying of hunger.

“Without cattle, we have no other way of life,” said Leonard Bikindo, a Banyamulenge customary chief. “It’s how our children go to university… how we construct houses.”

The conflict has been spurred on by social media hate campaigns and street protests – some as far away as Manchester in Britain – and by the foreign rebel groups, who residents and aid workers accuse of fighting alongside the local militias.

Burundi rebels hostile to President Pierre Nkurunziza are said to have joined forces with the Mai-Mai, while Banyamulenge fighters have been accused of harbouring members of the Rwandan National Congress (RNC), an armed group opposed to President Paul Kagame.

Burundi and Rwanda have been at loggerheads since 2015, when Nkurunziza ran for a disputed third term in office, triggering waves of political violence and strong condemnation from Kagame.

Rwanda has accused Burundi of working with the RNC, while the UN’s panel of experts has documented an RNC recruitment network managed from the Burundian capital, Bujumbura. Kigali has previously been accused of training Burundi rebels in refugee camps.

Residents in Minembwe say they are paying the price as these regional tensions rise.

“This is not just an ethnic problem,” said Serge Mutwa, a priest from Minembwe. “It is an international conflict with many interests.”

The Congolese army has sent additional troops to Minembwe, but residents say they are just standing by while their villages are attacked. The UN peacekeeping mission in Congo, MONUSCO, has also reinforced its presence and called for fighters to disarm – with little luck so far.

Aid groups have a limited presence and are struggling to access certain areas due to heavy rains that have rendered some roads unusable. Those displaced by fighting in September did not receive food rations until last week, said Philippon of the NRC.

Last week, a group of high-profile politicians called on the government to organise an inter-community dialogue – the second in recent months. But Banyamulenge leaders said they would not participate in fresh talks while their villages continue to be attacked.

Nahugisha, the displaced woman from Turambo, had more pressing concerns, like feeding her children and putting a roof over their heads. “The future will be hard,” she said, adding that she would seek asylum abroad in the coming days, either in Burundi, Rwanda, or Uganda.

With reporting support from Sylvain Muyali