Walking through Kimironko market in Kigali, the capital of Rwanda, you wouldn’t necessarily realise its traders were struggling. Business seems brisk and stalls are overflowing with fruit, vegetables, and huge mounds of dried fish in baskets. But life for some of Kimironko’s traders hasn’t been easy over the past two months.

In late July, neighbouring Burundi banned food exports to Rwanda and restricted movement at border crossings. The step – the latest salvo in a diplomatic spat that began last year when political unrest erupted in Burundi – has left traders like 39-year-old Sabita Silas with produce that is both expensive to buy and hard to sell.

“Nothing is coming from Burundi, and the things that are are very costly because they are smuggled,” he told IRIN. “The oranges we have are from Tanzania. The mangoes are from Uganda. But they are not as good as Burundian fruit. We are very worried about our business because so many things come from Burundi.”

Tensions between Rwanda and Burundi began to deteriorate when Burundian President Pierre Nkurunziza announced last April that he would stand for a third term. Opponents said he was violating the two-term constitutional limit, while supporters claimed his first term didn’t count as he was elected by parliament and not directly by the people.

" People from both sides are really suffering because of the political issues."

The move triggered violent protests across the capital, Bujumbura, led to a failed coup attempt in May, and sparked fears of a return to civil war in a country where a 1993-2006 conflict claimed an estimated 300,000 lives. Nkurunziza was duly re-elected in July after the opposition boycotted the poll. The UN says at least 470 people have been killed in more than a year of unrest, while an estimated 300,000 refugees have fled to Rwanda, the Democratic Republic of Congo, and Tanzania.

Rwandan President Paul Kagame – himself standing for a third term – has criticised Nkurunziza, who in return has accused Rwanda of recruiting, training, and arming rebels to overthrow his government.

Although Burundi cites concerns over domestic food security as a reason for the trade ban, according to Phil Clark, lecturer in comparative international politics at the School of Oriental and African Studies, it is a sign “of just how strained relations are” between the two countries.

“Up until now, most of the antagonism between the two states has been at a high level of politics,” he told IRIN. “It was either the presidents criticising one another, or it was the expulsion of diplomats. I think that the key shift with this trade ban is that it is the kind of thing that really affects everyday people. Communities on both sides of the border clearly relied on that trade enormously, as does a lot the economy in Kigali and Bujumbura.”

On a Saturday afternoon in Akanyaru, a border crossing in southern Rwanda, restaurants are empty, traders are absent, and people stumble across the border with suitcases on their heads – the result of a ban on passenger buses, introduced by Burundi to prevent smuggling.

“The last time I crossed this border, it was very busy,” said 39-year-old tourist guide Eric, originally from Bujumbura. “People used to cross the border freely to do small trade. Today, you can see, it looks empty. People from both sides are really suffering because of the political issues.”

At a nearby restaurant, 18-year-old waiter Munyeshema Claude told IRIN that his clientele had vanished over the past few weeks. “Burundian businessmen used to come here after selling their products in Rwanda,” he said. “They would use the money they had made in the restaurant. But Burundians aren’t crossing [any more], so there is no money for them to spend.”

Rwandan goods are allowed into Burundi, but trade had slumped even before the recent ban, with businesses citing increased insecurity. In Kamembe, a town in southwestern Rwanda, an hour’s drive from the border, 34-year-old taxi driver Emmanuel told IRIN he was no longer able to take passengers into Burundi. 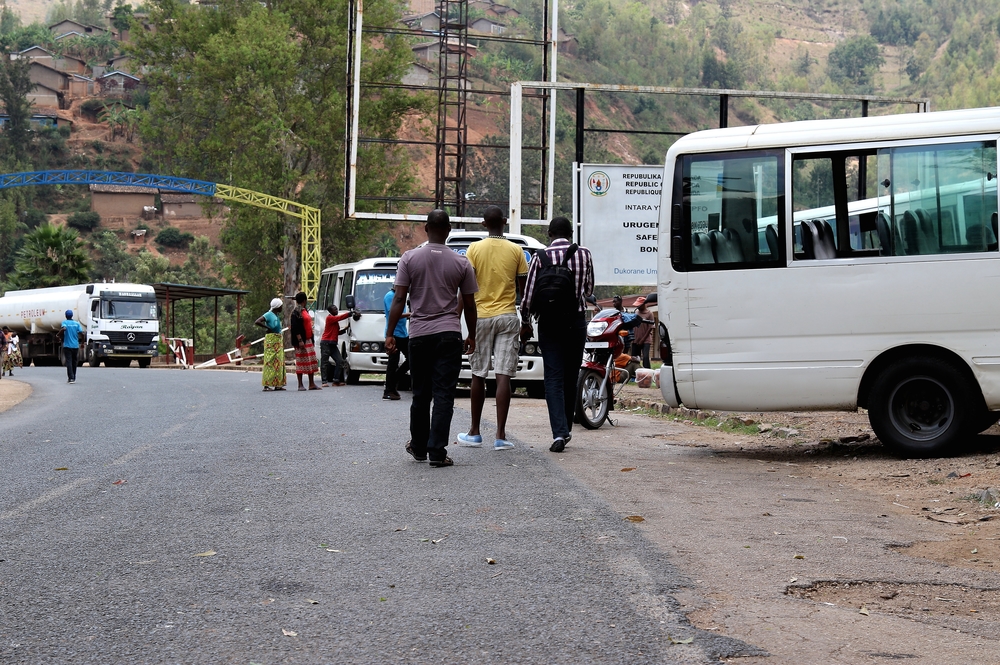 “Even the government of Rwanda advises people not to go there,” he said, referring to local media reports of violence at the border. “Sometimes, people go [to Burundi| and have problems. They get injuries and things like that.”

The possibility of a wider diplomatic crisis will depend to a large extent on how involved Rwanda chooses to get in Burundi’s political affairs, experts say.

As things stand, with Kagame’s bid for a third term and its own 2017 presidential election looming, “the last thing Rwanda wants is for the region to become even more unstable and for Rwanda to have to pour significant political and security resources into dealing with the Burundi situation”, said Clark.

In the wake of the M23 rebellion in eastern Democratic Republic of Congo in 2012-2013 – which Rwanda was accused of supporting – Kigali’s appetite for regional intervention is limited, according to Clark. “If this had been 10 years ago, Rwanda would have been thinking of using proxy forces to deal with the situation,” he said. “In the post-M23 era, Rwanda is very reluctant to do that. It doesn't want to risk relations with donors at an already very vulnerable time.”

Who are the Imbonerakure and is Burundi unravelling?

Thierry Vircoulon, senior Central Africa consultant at the International Crisis Group, told IRIN that Kagame would be forced to intervene in Burundi in the event of a “large-scale massacre”, but added that the potential for a wider military conflict is currently limited. “Rebel groups in Burundi only have the capacity for local violence… and while there are defections and desertions in the army, it’s not a split,” he said. “At the moment, they are not choosing to stay and fight.”

Whether that status quo holds, remains to be seen. But with the possibility of a resolution to the Burundi crisis looking slim – “the past 12 months of shuttle diplomacy haven’t brought about any significant changes”, said Clarke – relations between the two countries seem unlikely to improve any time soon.

All Claude and his colleagues at the Akanyaru border crossing can do is wait and hope.

“We are praying for the political situation to become stable, so our business can get back to normal,” he said.