In March, after months of bitter fighting in the Syrian town of Baghouz, the so-called Islamic State group relinquished its last shred of territory in Syria and Iraq – the once sprawling proto-state reduced to a wasteland of torn-up tents and dashed dreams.

But thousands of miles away, in the deserts and scrublands of West Africa’s Sahel – a semi-arid belt of land on the southern edge of the Sahara – another jihadist insurgency has been spreading like wildfire, with far less international attention.

The civilian toll in numbers

In recent months, a surge in violence in Mali, Burkina Faso, and Niger – three Sahelian countries with shared borders and common problems – has left more than 440,000 people displaced and 5,000 dead, as militants – some with links to al-Qaeda and IS – extend their grip across the region.

The Sahel's crisis in three maps 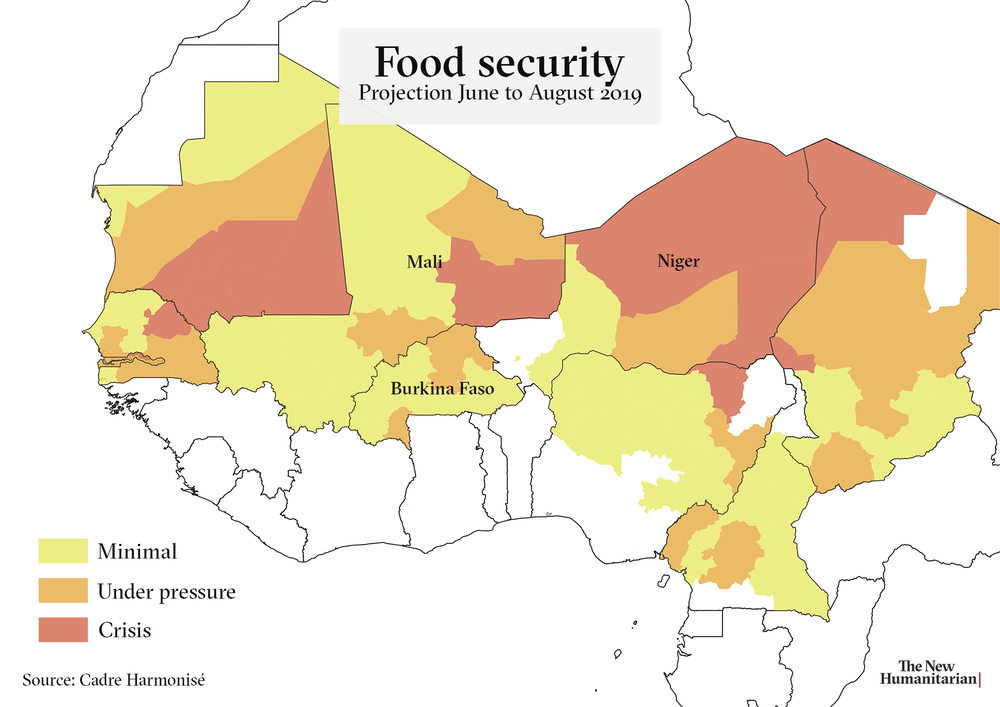 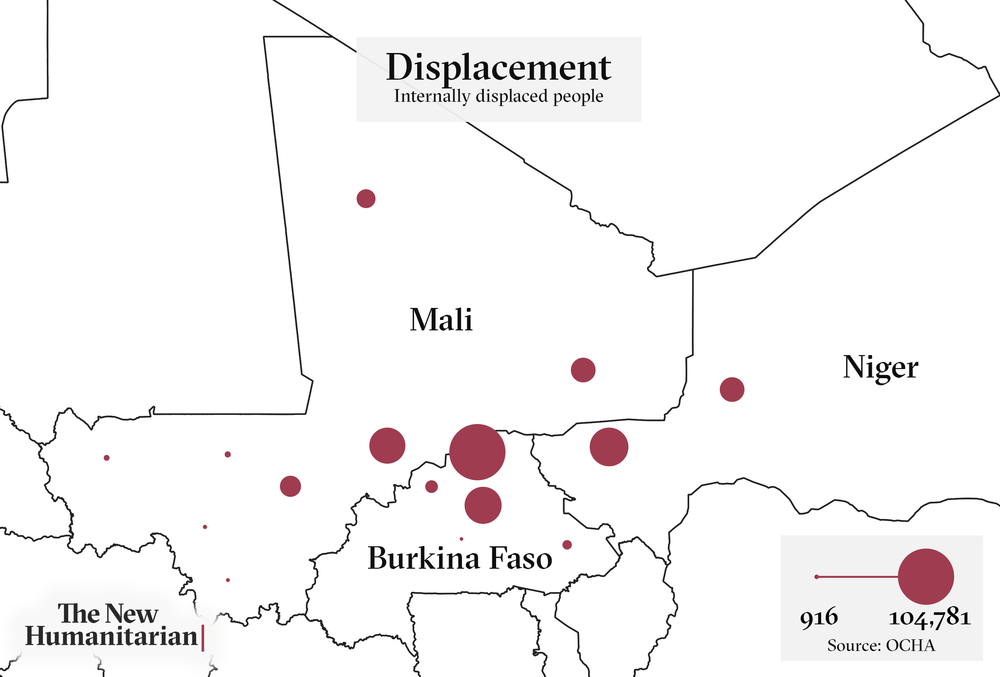 As they gain ground, the jihadists are stoking conflicts between different ethnic groups that are accused of either supporting or opposing them, putting the region’s entire social fabric into question. Cycles of inter-communal violence are now claiming more lives and uprooting more people than direct jihadist attacks. Nobody seems able to stop it.

The jihadists’ rapid expansion has surprised many experts, UN officials, and government ministries and is pushing a region already prone to droughts and floods to its limit. Hundreds of thousands of people are now without access to education and healthcare, according to the UN, while 1.8 million people are facing critical food insecurity. In total, 5.1 million need humanitarian assistance.

For the past 10 months, The New Humanitarian has been one of few news organisations reporting on all three interlocking crises. From the sandstone cliffs of Bandiagara in central Mali, to remote villages in Western Niger and northern Burkina Faso, our reporters have been on the front lines: meeting civilians, government officials, aid workers, peacekeepers, and militia leaders and trying to make sense of a situation that few imagined could get quite this bad.

Five takeaways on the growing violence and its civilian toll

Here’s a look at what we’ve found while reporting in each country, including the mounting humanitarian needs.

The growing violence is now being widely described as “ethnic cleansing”. In 2012, the Sahel’s jihadist groups were largely contained to northern Mali, where they had joined forces with separatist Tuareg rebels to take over several strategic towns, including the fabled city of Timbuktu. A French intervention in January 2013 dislodged the militants, but they have since regrouped, and insurgencies have spread into central Mali. Last year saw the highest body count since the conflict began in 2012, and the situation has continued to deteriorate this year, with 133,000 people displaced since January. Most of the violence is now concentrated in the centre and involves armed members of the Fulani community – which is accused of joining and harbouring jihadists – and Dogon and Bambara militia groups. In March, at least 157 Fulani men, women, and children were killed in a single attack by a Dogon militia in central Mali.

Burkina Faso is no stranger to humanitarian emergencies – like Mali and Niger, it is prone to droughts, floods, and food insecurity – but the country has never experienced mass displacement or conflict like this before. Burkina Faso had been struggling with a jihadist insurgency since 2016 in the north, along its porous border with Mali. But last year militants spread to the country’s eastern and southwestern regions, within touching distance of several countries along West Africa’s coastline. As the militants gain ground, the number of attacks is multiplying and the response from the army is becoming increasingly brutal. Like Mali, the crisis has developed into a broader inter-communal conflict that pits stigmatised Fulani communities against a patchwork of ethnic militias. Attacks against Fulani villagers in January left more than 200 dead, according to local civil society groups. A string of recent attacks on churches by militants could also now test relations between the country’s Muslim and Christian communities. The number of people unrooted has meanwhile skyrocketed to 160,000, with more than 100,000 fleeing in the past five months alone.

Judging by the lack of mainstream news reports on Niger, the humanitarian crisis unfolding along the country’s western frontier, which borders both Mali and Burkina Faso, is largely invisible. Jihadist groups based in the area hit the headlines in October 2017 after killing four US soldiers. They have since faced military operations by Nigerien forces, supported by French and US troops as well as Malian militia groups. But these have failed to nullify the threat, and the targeting of Fulani herders by militias has revived age-old intercommunal tensions. Daily violence and a climate of fear has now uprooted 70,000 people, many into areas aid workers struggle to access. The unrest represents a second border crisis for a country still facing the longer-running threat of Boko Haram in its southeast Diffa region.