This article is part of our in-depth coverage. Read more like this...
MOPTI REGION, Mali

Housseyni Diallo thought the smoke and flames he saw were from an early morning bonfire lit in the final revelry of a New Year’s Eve celebration. He was wrong: armed men were burning down parts of his village, in central Mali’s Mopti region.

Diallo, a Fulani herdsman, hid in an abandoned house for safety, peering occasionally through the window as swarms of men from an ethnic Dogon armed group went on a rampage through the community; killing 37 men, women, and children, burning huts and granaries, and depriving villagers of their means of survival.

“We never thought something like this could happen,” said the herdsman.

The massacre – in a village called Koulogon – was one of the deadliest, most gruesome episodes in a year-long conflict between Dogon and Fulani armed groups that has enveloped this region of roughly two million people, emptying villages and leaving hundreds dead and wounded, according to the International Federation of Human Rights.

In mid-February, the UN peacekeeping mission in Mali, known by its French acronym MINUSMA, said it is investigating two new attacks on Fulani villages in the region. In both cases armed men killed civilians and set fire to “huts, granaries, and livestock”, the UN said. Dogon communities are also facing attacks, according to local officials and displaced people interviewed by IRIN.

The recent wave of violence comes despite stepped-up efforts to end the unrest here, including peace agreements between communities, ceasefire commitments, airstrikes by French forces, presidential visits, and a government-backed demobilisation, disarmament, and reintegration, or DDR, scheme that has just got going. 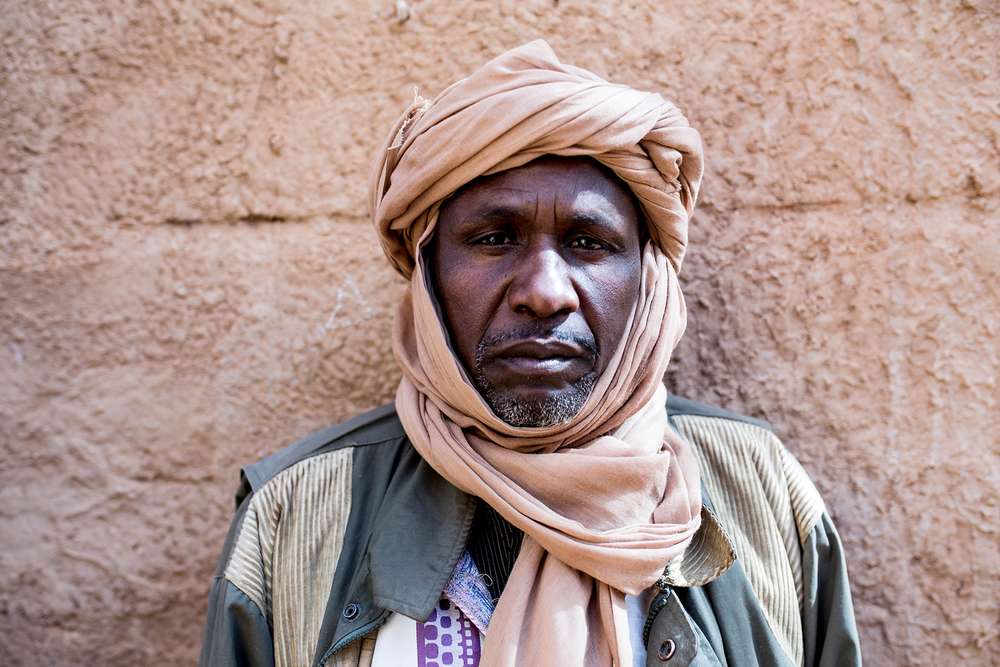 But the efforts have not been enough to mend relations between central Mali’s different communities, which have been soured by the presence of al-Qaeda linked jihadists, whose recruitment of Fulani herders has fuelled distrust with the Dogon in particular.

Armed groups on both sides are imposing sieges on villages, restricting access to healthcare centres, local markets, and fields, and triggering hunger and sickness among residents.

The conflict is responsible for driving the highest death toll in Mali since the outbreak of war in 2012, while the number of internally displaced people has tripled since January last year to 123,000, according to the UN’s emergency aid coordination office, OCHA. More than 50 percent of those fleeing their homes are from Mopti.

The violence in the centre has roots in a longer-standing crisis in northern Mali, where separatist Tuareg rebels joined by Islamist militants seized large parts of territory in 2012 following a military coup in the capital, Bamako. 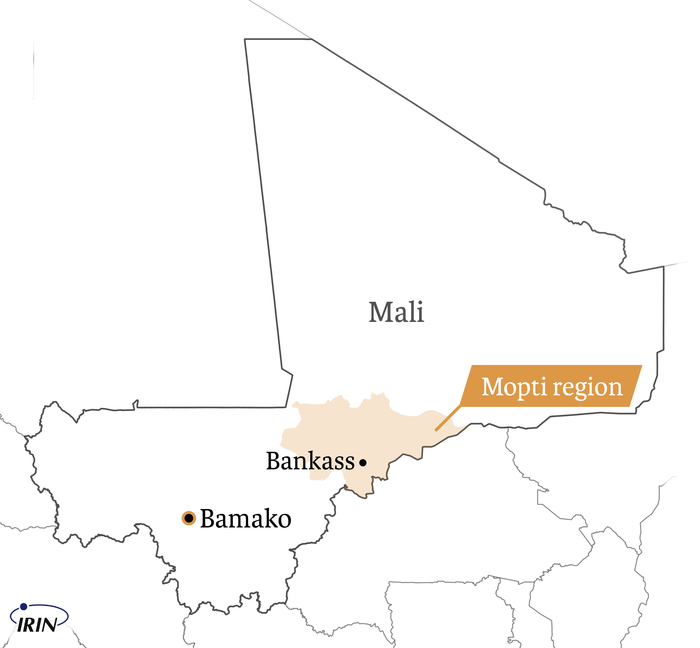 A 2013 French-led intervention pushed the Islamists back as they tried to march south. But they have since regrouped and expanded from the desert north into Mali’s fertile centre, turning Mopti into the country’s deadliest region.

Known by some as the Macina Liberation Front, or FLM, the militants here have gained ground by recruiting from among the region’s Fulani community, a pastoralist group who have been disadvantaged by government and development programmes that favour agriculture.

Many hoped the killing of their charismatic leader, Amadou Koufa, by French forces in late November, would halt the group’s expansion and quell the violence. But last Thursday a new video surfaced suggesting Koufa is in fact still alive.

An “accelerated” DDR programme for the centre, launched by Prime Minister Soumeylou Boubèye Maïga in December, also raised hope of a resolution to the conflict, with 5,000 combatants registered as of January, including fighters from Dogon and Fulani self-defence groups.

Meanwhile, international NGOs and Mali’s Ministry of Social Cohesion and Reconciliation are implementing inter-communal dialogues that have resulted in a string of local peace agreements between members of both groups.

But on the ground the situation is deteriorating. In Koulogon, witnesses describe a brutal, premeditated attack involving up to 100 traditional Dogon hunters known as “Dozos”, supported by men from local Dogon villages. Local officials and witnesses said the attack was rooted in a decades-old grudge over land ownership. High-profile Fulani families were shot dead and then burnt inside their houses. Bodies were mutilated.

“Now we are suffering,” said the herdsman, Diallo. “We don’t even have pots to cook.”

In nearby Minima Kanda, 60-year-old imam Saydou Sidibe said his small hamlet was attacked at roughly 4am in mid-February by “young Dogon from local villages”. When soldiers finally secured the area, he returned to find five bodies on the ground – including his niece Weloore – and his livestock stolen.

“They came to take our wealth and take our land,” he said. “Everything our ancestors built for us.”

Many lay the blame for these attacks on Dan Na Ambassagou – the main Dogon self-defence group in the region. The group is mostly composed of ramshackle fighters with artisanal weapons and traditional hunting uniforms. But UN officials say the group has received support from prominent figures in Bamako and may contain fighters from abroad. 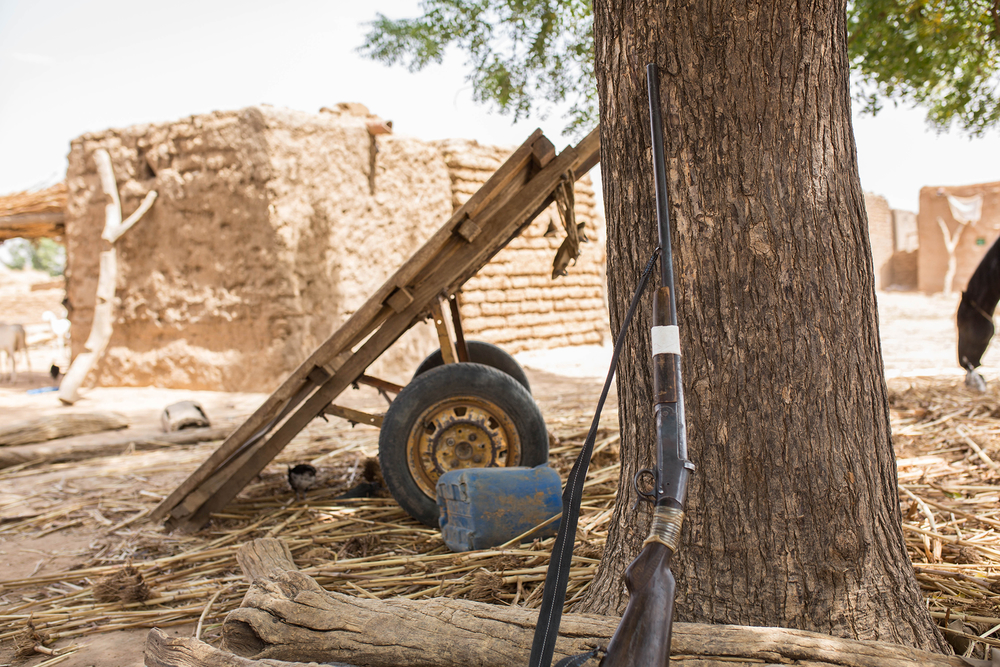 The group’s national coordinator, Mamoudou Goudienkile, said they have not attacked any Fulani villages since signing a unilateral ceasefire agreement last September. A retired general in the Malian army, Goudienkile said his men are cantonned at more than 30 sites across Mopti, awaiting DDR.

“We are not fighting,” said Goudienkile.

But UN officials say that’s unlikely and that Dan Na Ambassagou does not have control over all Dogon fighters in the region in any case. The attacks in Koulogon and Minima Kanda suggest many are now acting independently, taking their cues from village chiefs and responding to the needs of their local communities as and when they arise.

“We can be attacked at any moment,” said the leader of one self-described “independent” Dogon self-defence group, which formed three months ago in a village near Bankass town.

That fear is not misplaced. Dogon villages are also being attacked and civilians displaced at an alarming rate over the past weeks and months. Some locals blame Fulani self-defence groups, others blame Islamist militants, or a combination of both.

Amadou Guindo, 41, a Dogon farmer from Boila, 67 kilometres from Bankass, said armed Fulani men “mixed with jihadists” entered his village a few weeks ago telling every Dogon to leave. “They said: ‘the Dogon have chased us away in Koro (an administrative region next to Bankass), so we won’t let you settle here’.”

“Now we are suffering. We don’t even have pots to cook.”

Guindo said the villagers decided to stay put because “we have been here for 30 years”. But six days later the armed men returned, shooting wildly at civilians and burning down houses and granaries. Three people lost their lives, Guindo said, among them a young woman shot dead in a chicken coop, and Guindo’s own son, 16-year-old Malick.

“We lost everything,” Guindo said.

Both Fulani and Dogon communities describe siege-like conditions, with armed men preventing civilians from leaving their villages to access local markets, fields, and healthcare centres. Many are falling sick.

At the nutrition ward of Bankass hospital three-year-old Fousseyni Ziguime lay on a gurney, a feeding tube through his nose and a tattered pink cloth covering his skeletal frame.

For three months, his mother said armed men left her too afraid to leave the village and seek medical attention. Instead, she relied on traditional medicine that has made matters worse. Now her son has malaria, a respiratory infection, and severe acute malnutrition. He can barely open his eyes.

“We don’t have a lot of hope,” said Aminata Djire, the nurse looking after him. 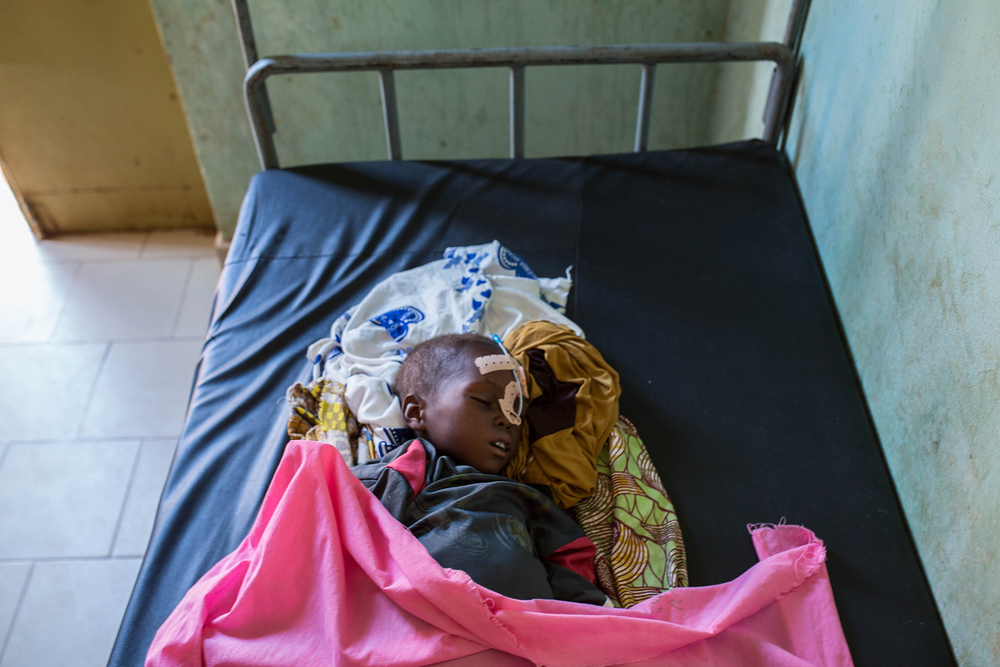 To end the conflict, analysts say the government must address local grievances, particularly those that are turning Fulani herders into the hands of jihadists. This includes tackling state corruption, military abuses, and economic policies that work to the disadvantage of pastoralists.

For now the government’s priority lies in convincing more fighters to join the DDR programme. But the process will likely take time, and will not include Islamist militants who, like their counterparts in northern Mali, are not party to any peace initiatives.

“They will never come to us,” said Oumar Dicko, chairman of the DDR commission in Mopti.

The fear is that so long as Islamist groups remain present in Mopti, Fulani communities will continue to be held collectively responsible and the cycle of retribution and revenge will go on.

The new self-defence group in the village near Bankass certainly has no intention of disarming. During an interview with IRIN last week, the group’s leader – who asked not to be named – received a panicked phone call from one of his fighters. The fighter was monitoring activity in neighbouring villages and said armed Fulani men were mobilising to attack them.

Checkpoints were quickly set up around the village’s perimetre and a motley crew of local youth armed with sticks and hunting rifles was assembled. In the end their presence proved enough to prevent an attack, the leader said later that day, but removing the fear everybody here is living with will be a much taller order.