This article is part of our in-depth coverage. Read more like this...
Part 3 of a three-part series from Tillabéri, Tahoua, and Niamey

About this series
As rising militancy spreads across Africa’s Sahel region, Niger, one of the world’s poorest countries, now finds itself at the centre of the storm. From October to December 2018, freelance journalist Giacomo Zandonini and photographer Francesco Bellina travelled to some of the most neglected conflict areas to speak to members of displaced communities and aid workers, and to chronicle humanitarian needs – needs that in the first three months of this year are soaring.
Read part 1 and part 2
NIAMEY

After an ambush killed four US special forces and five local soldiers in Tongo Tongo, a village in the northern part of the Tillabéri region close to Niger’s border with Mali, Boubacar Diallo’s phone rang constantly.

That was back in October 2017. Journalists from around the world were suddenly hunting for information on Aboubacar ‘petit’ Chapori, a lieutenant of Islamic State in the Greater Sahara, or ISGS – the jihadist group that claimed the attack.

Diallo, an activist who had been representing Fulani herders in peace negotiations with Tuareg rivals, had met Chapori years earlier. He was surprised by his rapid – and violent – ascent.

But he was also concerned. While it was good that the brewing crisis in the remote Niger-Mali borderlands was receiving some belated attention, Diallo worried that the narrow focus on the jihadist threat – on presumed ISGS leaders Chapori, Dondou Cheffou, and Adnan Abou Walid Al Sahrawi – risked obscuring the real picture.

Those concerns only grew later in 2017 when the G5 Sahel joint force was launched – the biggest military initiative to tackle jihadist violence in the region, building on France’s existing Operation Barkhane.

Diallo argues that the military push by France and others is misconceived and “fanning the flames of conflict”. And he says the refusal to hold talks with powerful Tuareg militants in Mali such as Iyad Ag Ghaly – leader of al-Qaeda-linked JNIM, or the Group for the support of Islam and Muslims – is bad news for the future of the region.

Niger Defence Minister Kalla Moutari dismissed criticism over the G5 Sahel joint force, speaking from his office in Niamey, in a street protected by police checkpoints and tyre killer barriers.

More than $470 million has been pledged by global donors to the project, which was sponsored by France with the idea of coordinating the military efforts of Mauritania, Mali, Burkina Faso, Niger, and Chad to fight insurgencies in these countries.

“It’s an enormous task to make armies collaborate, but we’re already conducting proximity patrols in border areas, out of the spotlight, and this works,” he said.

According to Moutari, however, development opportunities are also paramount if a solution to the conflict is to be found.

"Five years from now, the whole situation in the Sahel could explode.”

He recalled a meeting in the Mauritanian capital, Nouakchott, in early December 2018, during which donors pledged $2.7 billion for programmes in the Sahel. “We won’t win the war with guns, but by triggering dynamics of development in these areas,” the minister said.

A European security advisor, who preferred not to be identified, was far more pessimistic as he sat in one of the many Lebanese cafés in the Plateau, the central Niamey district where Western diplomats cross paths with humanitarian workers and the city’s upper-class youth.

The advisor, who had trained soldiers in Mali and Burkina Faso, said that too much emphasis remained on a military solution that he believed could not succeed.

“In Niger, when new attacks happen at one border, they are suddenly labelled as jihadists and a military operation is launched; then another front opens right after… but we can’t militarise all borders,” the advisor said. If the approach doesn’t change, he warned, “in five years from now, the whole situation in the Sahel could explode.” 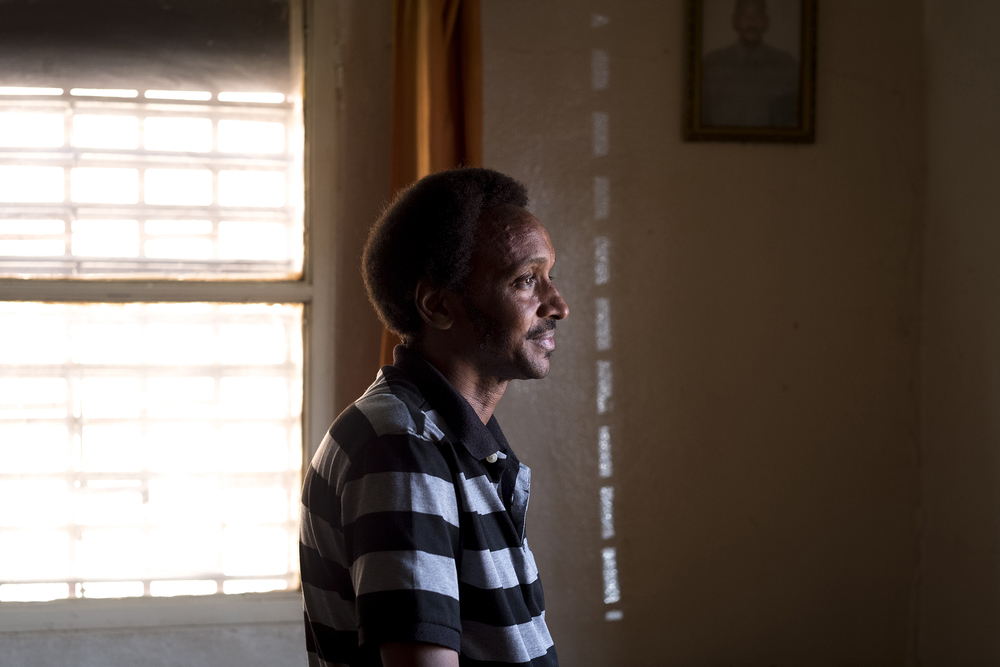 Francesco Bellina/TNH
Boubacar Diallo, a Fulani activist and former representative of the North Tillabéri Self-Defence Militia, in his house in Niamey.

In his home in east Niamey, Diallo came to a similar conclusion: labelling all these groups “jihadists” and targeting them militarily will only create further problems.

To explain why, he related the long history of conflict between Tuaregs and Fulanis over grazing lands in north Tillabéri.

The origins of the conflict, he said, date back to the 1970s, when Fulani cattle herders from Niger settled in the region of Gao, in Mali, in search of greener pastures. Tensions over access to land and wells escalated with the first Tuareg rebellions that hit both Mali and Niger in the early 1990s and led to an increased supply of weapons to Tuareg groups.

While peace agreements were struck in both countries, Diallo recalled that 55 Fulani were killed by armed Tuareg men in one incident in Gao in 1997.

After the massacre, some Fulani herders escaped back to Niger and created the North Tillabéri Self-Defence Militia, sparking a cycle of retaliation. More than 100 people were killed in fighting before reconciliation was finally agreed upon in 2011. The Nigerien Fulani militia dissolved and handed its arms to the Nigerien state.

“But despite promises, our government abandoned these ex-fighters in the bush with nothing to do,” Diallo said. “In the meantime, a new Tuareg rebellion started in Mali in 2012.”

Read more: Who’s who of insurgent groups in the Sahel

The Movement for Oneness and Jihad in West Africa (known as MUJAO, or MOJWA in English), created by Arab leaders in Mali in 2011, exploited the situation to recruit among Fulanis, who were afraid of violence by Tuareg militias. ISGS split from MUJAO in 2015, pledging obedience to ISIS leader Abu Bakr al-Baghdadi.

Diallo believes dialogue is the only way out of today’s situation, which is deeply rooted in these old intercommunal rivalries. “I once met those Fulani fighters who are the manpower of MUJAO and now of ISGS, and they didn’t consider themselves as jihadists,” he said. “They just want to have money and weapons to defend themselves.”

He said the French forces use Tuareg militias, such as GATIA (the Imghad Tuareg Self-Defence Group and Allies) and the MSA (Movement for the Salvation of Azawad), to patrol borderlands between Mali and Niger. Fulani civilians were killed during some of these patrols in Niger in mid-2018, further exacerbating tensions.

According to a UN report, these militias were excluded from an end of the year operation by French forces in Niger, following government requests. 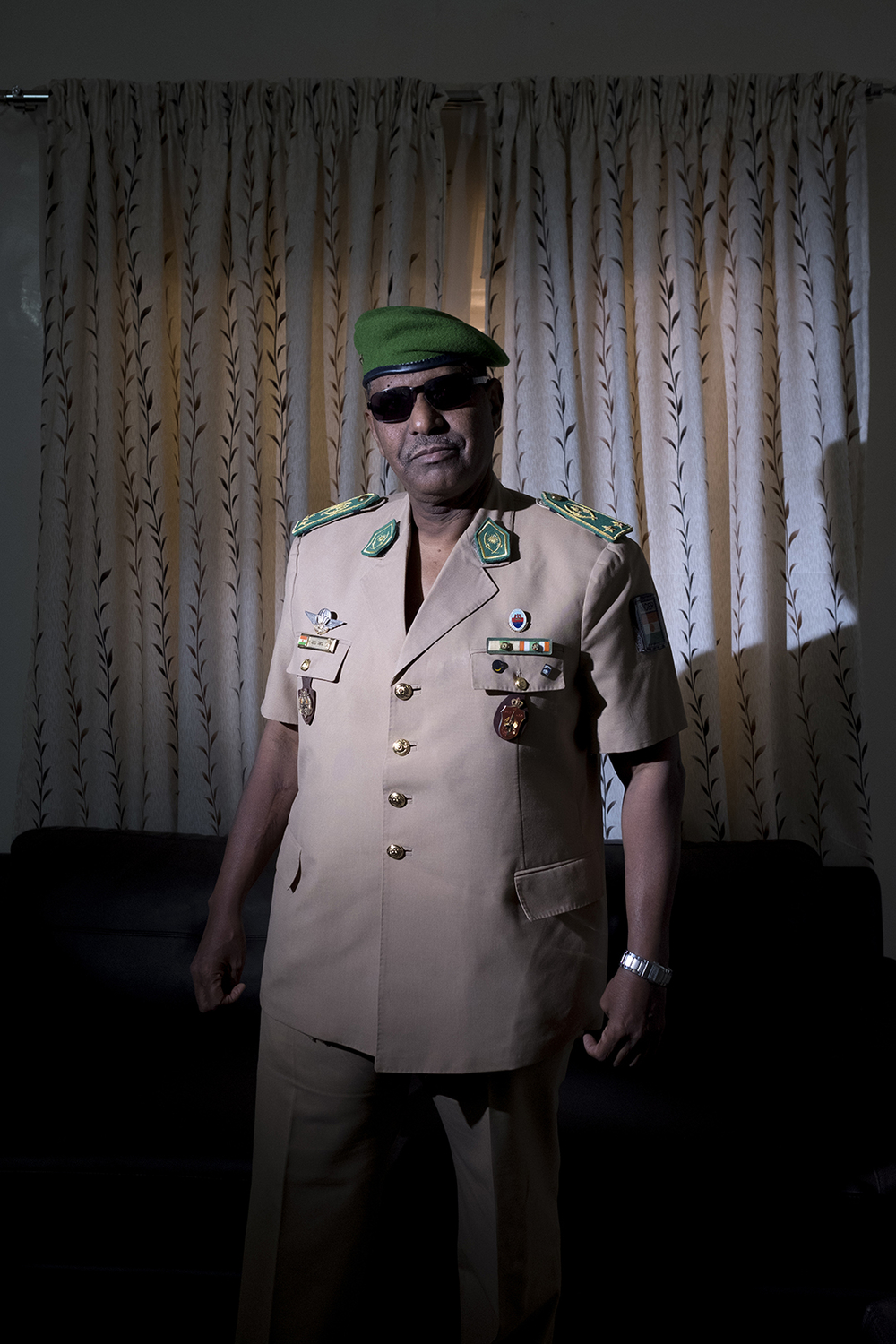 If some kind of reconciliation is the only way out of the conflict in Tillabéri and the neighbouring Nigerien region of Tahoua, Mahamadou Abou Tarka is likely to be at the heart of the Niger government’s efforts.

The Tuareg general leads the High Authority for the Consolidation of Peace, a government agency launched following the successive Tuareg rebellions, to ensure peace deals are respected.

“In north Tillabéri, jihadists hijacked Fulani’s grievances,” Abou Tarka, who reports directly to the president, said in his office in central Niamey. “It’s an opportunistic terrorism, and we need to find proper answers.”

The Authority – whose main financial contributor is the European Union, followed by France, Switzerland, and Denmark – has launched projects to support some of the communities suffering from violence near the Malian border. “Water points, nurseries, and state services helped us establish a dialogue with local chiefs,” the general explained.

“Fighters with jihadist groups are ready to give up their arms if incursions by Tuareg militias stop, emergency state measures are retired, and some of their colleagues released from prison.”

Abou Tarka hailed the return to Niger from Mali of 200 Fulani fighters recruited by ISGS in autumn 2018 as the Authority’s biggest success to date. He said increased patrolling on the Malian side of the border by French forces and the Tuareg militias - Gatia and MSA - had put pressure on the Islamist fighters to return home and defect.

The general said he doesn’t want to replicate the programme for former Boko Haram fighters from the separate insurgency that has long spread across Niger’s southern border with Nigeria – 230 of them are still in a rehabilitation centre in the Diffa region more than two years after the first defected.

“In Tillabéri, I want things to be faster, so that ex-fighters reintegrate in the local community,” he said.

Because these jihadist fighters didn’t attack civilians in Niger – only security forces – it makes the process easier than for ex-Boko Haram, who are often rejected by their own communities, the general said. The Fulani ex-fighters are often sent back to their villages, which are governed by local chiefs in regular contact with the Authority, he added.

However, Amadou Moussa, another Fulani activist, dismissed Abou Tarka’s claims that hundreds of fighters had defected. Peace terms put forward by Fulani militants in northern Tillabéri hadn’t even been considered by the government, he said.

“Fighters with jihadist groups are ready to give up their arms if incursions by Tuareg militias stop, emergency state measures are retired, and some of their colleagues released from prison,” Moussa said. The government, he added, has shown no real will to negotiate.

Meanwhile, the unrest continues to spread, with the French embassy releasing new warnings for travellers in the border areas near Burkina Faso, where the first movements of Burkinabe refugees and displaced people were registered in March.