This article is part of our in-depth coverage. Read more like this...
BANKASS and BAMAKO, Mali

In the dust-caked town of Bankass in central Mali, Amadou Guindo waits to register for aid.

Two weeks before, an armed group burned down the 41-year-old farmer’s village, destroying his granaries. The sack of rice and cooking oil he received, courtesy of the World Food Programme, will have to last and feed his entire family of nine.

The Guindos are among the latest to flee conflict in central and northern Mali, where inter-communal violence, attacks by extremist groups, and counter-terrorism operations are triggering a worsening humanitarian crisis in the West African nation.

As needs rise, aid groups say their ability to respond is being hamstrung by an increasingly militarised security landscape marked by confusion between military and humanitarian actors, shifting conflict dynamics, and funding gaps that are leaving displaced people like Guindo sick and starving.

After seven years of conflict, some 3.2 million people will need humanitarian assistance in 2019, the UN's emergency aid coordination body OCHA said. More than 123,000 people are now internally displaced across the country – three times as many as January last year. 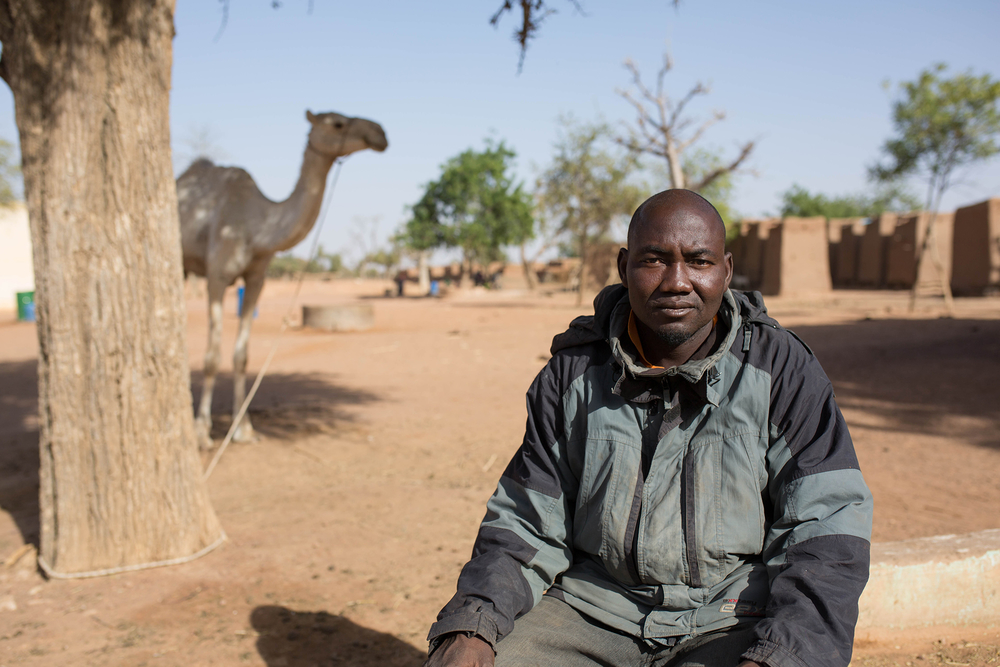 According to the Armed Conflict Location and Event Data Project, or ACLED, 2018 saw the highest civilian death toll in Mali since the eruption of conflict in 2012.

Since a 2013 French-led military intervention that dislodged Islamist groups from key towns in northern Mali, the country has seen a flurry of security interventions including: a UN peacekeeping mission known as MINUSMA, a French counter-terrorism force called Operation Barkhane, an EU military training mission and troops from five Sahelian states known as the G5 Sahel joint force, or FC-G5S.

These international forces as well as the Malian army have been accused of stoking local conflicts, abuses against civilians, and failing to contain the violence. Islamist groups have reassembled in Mali’s desert north, expanded into the centre, and the violence has spilled over into neighbouring Niger and Burkina Faso.

Military forces have faced repeated attacks by Islamist groups, with more peacekeepers killed in Mali than any other active mission. Last month, three Guinean peacekeepers were killed during an attack on their vehicle in Siby, close to the capital, Bamako.

In this increasingly crowded security landscape, humanitarians say attacks are creating risks for their staff in the field, who operate in close proximity to military forces. To mitigate the danger, aid programmes are frequently reduced or even suspended when military operations begin.

“If a military force moves to a community, the armed groups follow,” said Tidiane Fall, Mali country director at Action Against Hunger. “There is a conflict between the military forces and radical armed groups, who lay improvised explosive devices on the road. Sometimes we have to take the same roads.”

NGOs say the problem is compounded by poor coordination between humanitarian organisations, the UN peacekeepers, and other military actors. Dialogue between these groups is considered essential in emergency contexts to ensure military forces respect humanitarian activities and principles.

But aid groups in Mali say military operations often come as surprise, and that their demand for “humanitarian space” is regularly ignored by officials from both MINUSMA and Operation Barkhane amid an atmosphere one senior aid worker described as “confrontational” and “unproductive”.

“We tell them not to do operations because we have displaced populations and need to respond to their needs,” said the aid worker, who asked not to be named. “When we start to respond, they start doing military operations, forcing us to stop.”

Life on a landfill for displaced Malians

One of the most striking symbols of the current humanitarian crisis in Mali can be found in the capital, Bamako. Hundreds of Fulani herders who have been displaced by recent inter-communal violence in Mali’s central Mopti region have fled here, and are now living on a toxic rubbish dump next to a crowded livestock market. The residents complain of sickness and hunger. They say four children have died of sickness in the past few months. Their flimsy tents – covered with bits of plastic and cardboard scavenged from the piles of rubbish that surround them – are unlikely to survive the coming rains.

To avoid attacks by extremists and other rebel groups, NGOs say they must carefully explain humanitarian principles of independence and neutrality to local communities. But these efforts are being hindered by military actors “using humanitarian interventions to build military acceptance,” said Jamal Mrrouch, head of mission at Médecins Sans Frontières.

MINUSMA’s Quick Impact Projects, for example, include short-term interventions in healthcare, education, and food security among others area, while Operation Barkhane is also involved in a number humanitarian activities.

Aid groups say these efforts to win “hearts and minds” increase the likelihood of association between military forces – who are party to the Mali conflict – and humanitarian actors, leaving staff in the field vulnerable to attacks.

“It causes confusion in people’s minds and can jeopardise our access,” said Hamadou of the NRC.

Further concerns have been raised about MINUSMA and Barkhane using white vehicles that are not clearly identified as military. It is intended as a security measure to avoid attracting attention, but humanitarians, who use the same or similar vehicles, have questioned its legality and the risk it poses to their staff.

“It makes us the same targets,” said Fall. “They should have to identify as military.”

Efforts to keep humanitarian and military actors separate face another challenge in the form of a new concept embraced by donors and the UN known as the “triple nexus”. The concept envisages development, peacemaking, and emergency relief programmes working more closely together.

Harmless enough on paper, in Mali it has encountered strong resistance from some internationals NGOs who do not believe MINUSMA and other military actors should be involved in humanitarian relief and question what peace means for the different parties.

“We have said we cannot accept the triple nexus without defining the peace pillar,” said Fall. “We want to know what it means for humanitarian actors and military actors.”

“As humanitarians we must stick to our principles. The only criteria is need.”

While the worst of the violence in Mali was previously in the country’s desert north, today it is concentrated in the centre, where a new, grassroots Islamist insurgency has emerged, triggering cycles of inter-communal and militia violence.

Aid groups say the varying dynamics of conflict in the north and centre are impacting humanitarians differently. In the north, NGOs and their staff are often victims of theft because of the perception they represent a certain degree of material wealth. Since 2017, most have stopped using their own vehicles and instead hire 4x4s from local communities.

“Humanitarians are sources of wealth as they employ staff, contract with suppliers, and so on,” said Franck Vannetelle, Mali country director for the International Rescue Committee.

Banditry is less of a problem in central Mali but local regulations – often motivated by military concerns – are having an impact on humanitarian operations. For example, last year the government announced a ban on motorbikes and pick-up vehicles in certain areas to prevent armed groups from moving freely.

“This has affected the population reaching health centres, as well as humanitarian actors,” said Mrrouch. “Some villages are only accessible by motorbikes.”

Inter-communal violence between Fulani and Dogon armed groups in the Mopti region of central Mali has also forced NGOs to rethink which staff members they hire and send into the field, and has created access problems when moving from one community to the next, according to NRC’s Hamadou.

“There are some instances where armed people are reluctant when they see you supporting a particular community,” he said. “As humanitarians we must stick to our principles. The only criteria is need.”

“This year we are very worried about the ability to finance the humanitarian response plan,” said Fall.

“It is difficult to find anywhere safe. I have lost hope."

The general feeling is that the bulk of the international community’s money and energy will continue going towards military efforts against extremist groups – to the detriment of aid agencies and the communities they support.

“All of this securitisation, and the daily life of the population doesn’t change,” said Mrrouch.

In areas like Bankass, neither the national army nor the UN peacekeepers nor any other foreign forces appear able to stop the escalation of violence – leaving people like the farmer Guindo, and thousands of others, displaced, dependent on aid, and unsure where to go next.

“It is difficult to find anywhere safe,” Guindo said. “I have lost hope."