The cyclone-hit Pacific islands of Vanuatu are the latest proving ground for new information technology and the digital humanitarian volunteers that are now an integral part of disaster response.

When Cyclone Pam, a Category 5 storm, tore through the island chain last month bringing surging seas and 250 kmh winds, a network of humanitarian data technicians quickly mobilized along with the traditional aid responders.

What they brought to bear were online mapping and tracking tools, surveillance drones, and a phalanx of volunteers sitting in their homes and offices willing to sift, crunch, tag and upload data – very rapidly.

“Digital humanitarians provide decision makers with a better understanding of a crisis by scouring for additional information – delivering a more rounded, a more complete picture,” said Andrej Verity of the UN’s Office for the Coordination of Humanitarian Affairs (OCHA) Field Information Services.

The Haiti earthquake in 2010 marked the launch of the revolution in the way information is collected and analysed in disasters – and those open-source, participatory techniques have continued to evolve.

Unmanned aerial vehicles (UAVs) were already in use in the 2013 Typhoon Haiyan disaster in the Philippines. But in Vanuatu they are better coordinated and managed, according to Verity, with flight paths cleared with the government, the military and local communities (the latter a sensible precaution as they are apparently tempting targets for children armed with slingshots).

The government, in conjunction with the World Bank, is using pilots from the Humanitarian UAV Network (UAViators) to provide detailed damage assessment imagery, which is analysed by crowd-sourced volunteers via Humanitarian OpenStreetMap and MicroMappers – both part of DHN.

Volunteers of the Humanitarian UAV Network prepare drones for flight over Vanuatu, 2015 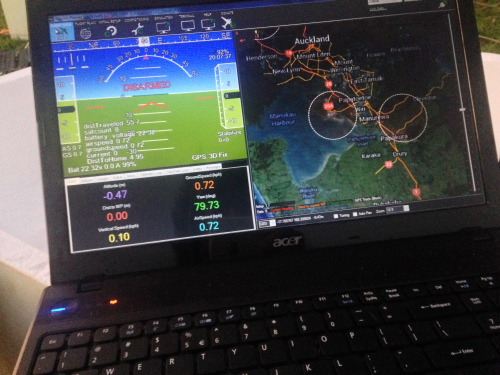 Before the drones had taken to the air, an initial interactive crisis map – the stock-in-trade of digital humanitarians – had been developed by scouring social media like Facebook and Twitter as well as the mainstream news for relevant reports and geo-tagged photographs to upload to a MicroMappers platform.

“In the first 24 hours, the digital humanitarians can do things a lot faster, and we can offload a lot of information management functions to them,” said Verity. “If we structure our requests well, it augments our work… [enables us to] better target our assessments, to get aid delivered much faster.”

The data-gathering by DHN has fed into a comprehensive government-led Second Phase Harmonised Assessment report due to be released on 16 April, which will inform the humanitarian response and early recovery planning.

According to current assessments, some 166,000 people in 22 islands – more than half the country’s  253,00 population - have been affected by cyclone Pam. With crops inundated and the economy shaken, more than 160,000 people need nutritional support and 110,000 require clean drinking water. Emergency shelter has been provided to 50,000 people.