Life as an Afghan refugee in Pakistan was never easy for Halima Bibi. But living in her own country has been even harder.

Bibi, 60, is among more than 3.8 million refugee and undocumented Afghans who have returned to Afghanistan – by choice or by force – over the last five years. In 2016, after spending their entire lives as refugees, she and her three children were driven over the border on the back of a truck – one family among hundreds of thousands of Afghans pushed out of Pakistan that year in a refugee crackdown.

Today, she lives in a small brick house in Bela, a village hosting around 1,500 returnee families outside the eastern Afghan city of Jalalabad. None of her three children have jobs, and Bibi worries about her health: she hasn’t been able to find a clinic to treat complications from her leprosy.

“Life’s much more difficult here,” she said, sitting on the steps outside her concrete home, tears rolling down her wrinkled cheeks. “All of our extended family is in Pakistan and we struggle to survive.”

Bibi’s troubles are common among Afghans coming home to a country at war after decades away, but data showing how returnees are faring has been scarce. Now, new research tracking Afghan returnees is painting a clearer picture of what people like Bibi are going through as authorities and aid groups prepare for more returns. 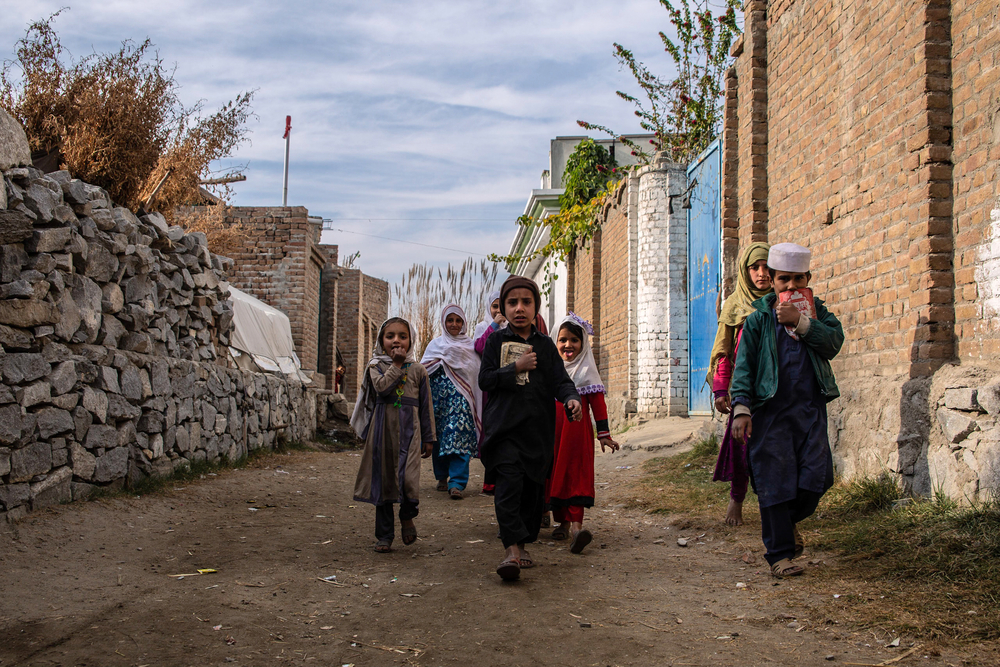 Stefanie Glinski/TNH
Returnee children walk down an unpaved road in Bela village, which is home to 1,500 returnee families. One in three people in Nangarhar province, which borders Pakistan, are returnees or displaced, the UN estimates.

A study released in July by the World Bank and the UN’s refugee agency, UNHCR, found that most returnees are worse off financially than those who had stayed behind in Pakistan. Researchers interviewed thousands of Afghans who returned between 2014 and 2017 – a period that saw both a sharp rise in civilian casualties in Afghanistan, and mounting pressure on Afghan refugees living on the margins in Pakistan.

The study found returnees face significantly higher unemployment, resorted to more precarious or unstable jobs like day labouring, and earned lower wages than they did back in Pakistan. They were also more likely to be unemployed or racking up debt compared with Afghans who never left the country.

The research comes at a critical period for the government and aid groups in Afghanistan. UN agencies are forecasting that at least 680,000 refugees and undocumented migrants will return from Pakistan and Iran this year. But there are few jobs available and little help to reintegrate in a country in crisis.

A record 3,800 people were killed in conflict last year, and hundreds of thousands were displaced by clashes or by disasters. Afghanistan is heading toward presidential elections in late September, yet insurgent attacks and military operations continue to kill civilians.

The study’s proponents say the new data can be used to better understand returnees’ humanitarian needs, to shape more targeted aid and development responses – and to prepare for the next wave of returns and displacement.

War and migration in Afghanistan

With their country at war for the past four decades, millions of Afghans have been pushed out by both insecurity and a struggling economy. The UNHCR says the global Afghan refugee population – which includes some 2.7 million registered refugees and millions more undocumented – is the second-largest in the world.

For decades, neighbouring Pakistan and Iran have hosted the majority of these refugees. But returns have surged over the last five years, driven by volatile public sentiment against refugees, geopolitical manoeuvring – Pakistan has previously threatened new rounds of deportation after political tussles with Afghanistan’s main backer, the United States – or economic crises.

Some Afghans choose to come home, taking advantage of voluntary return programmes that supply cash grants to registered refugees. Other undocumented Afghans are fleeing sporadic police crackdowns in Pakistan. The majority of recent returnees are from Iran, where an economic crisis has driven Afghans out in droves.

Pakistan is home to around 1.4 million registered Afghan refugees and at least another 1.2 million who are undocumented.

The government has said that all refugees and undocumented Afghans must eventually return home. It has repeatedly extended deportation deadlines by mere months, leaving Afghans in a perpetual state of uncertainty.

Pakistan recently extended temporary legal residency for registered refugees until June 2020. The government has also pushed back return deadlines for undocumented Afghans until at least 31 October, according to the UN’s migration agency, IOM.

Iran is home to some 950,000 registered refugees, and an estimated 1.5 to 2 million undocumented Afghans, according to the UNHCR and the IOM. Last year, more than 770,000 Afghans returned or were deported from Iran, which is in the middle of an economic crisis. Most returned to western Afghanistan, where conflict and drought had already displaced hundreds of thousands.

Afghans represent the second-highest number of asylum claimants in Europe, averaging nearly 4,000 monthly applications this year. But recognition rates for Afghan asylum seekers are falling and deportations have risen sharply.

But there are few services for returning refugees and migrants. At Afghanistan’s four main border crossings with Pakistan and Iran, returning refugees are registered and the most vulnerable – unaccompanied children and single women – receive short-term assistance like food, clothing, and onward transport. But most of this assistance is short-lived, and migration flows are difficult to track once people have entered the country.

Hafizullah Safi, 50, returned to Afghanistan four years ago along with his wife and 10 children. His family had never set foot in Afghanistan. His last visit was 35 years ago.

Originally from the eastern province of Kunar, a lush rural area with one of Afghanistan’s few remaining forests, Safi decided to settle in Kabul instead – further from the war’s front lines, he said, and closer to schools and hospitals.

But adjusting to his new life has been difficult. He rents a two-room mud home in Kabul’s city centre, but he struggles to pay the monthly rent of 5,000 afghanis, or about $60. 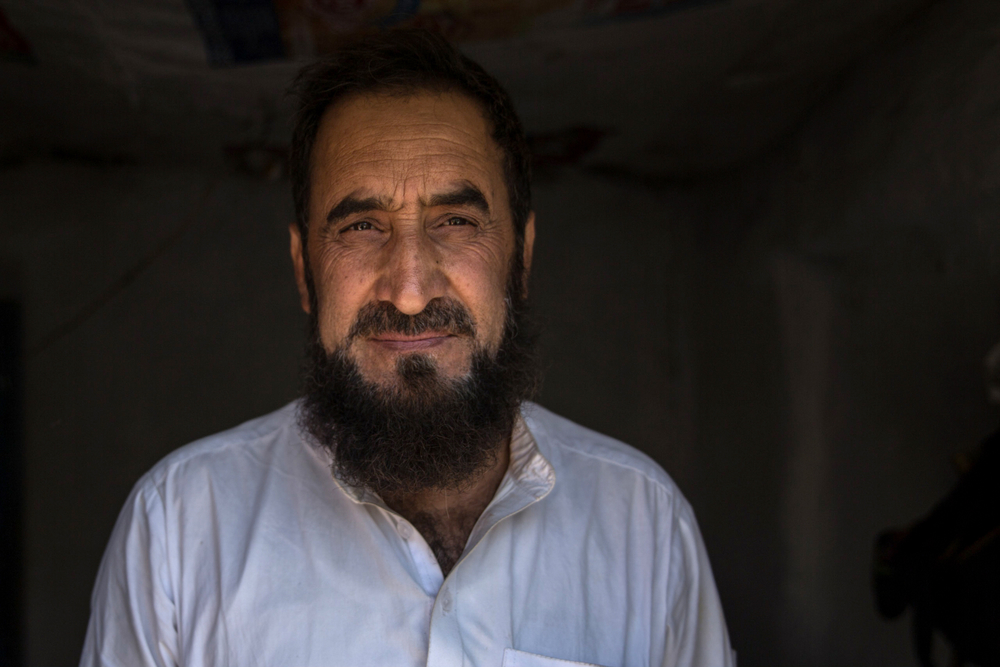 Stefanie Glinski/TNH
Hafizullah Safi owned a shop when his family lived in a refugee settlement near Peshawar, Pakistan. But in Afghanistan, he has difficulty earning money as a taxi driver. 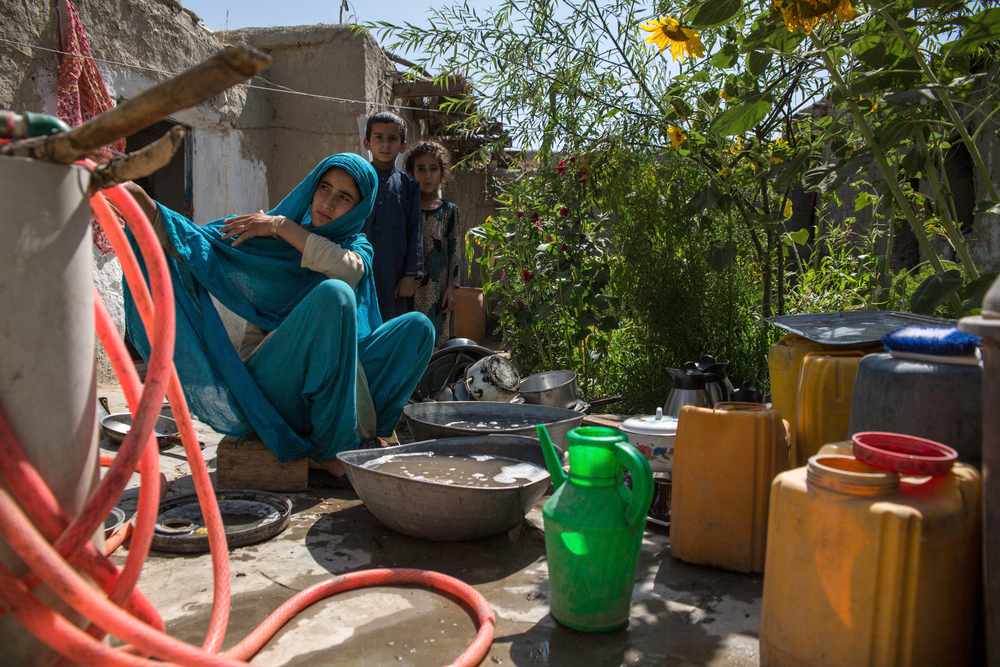 “In Pakistan, I owned a small shop selling dried fruit, but here in Kabul I can barely keep my job as a taxi driver,” he said.

Outside his house, a garbage-filled river breeds mosquitoes and smells of faeces. The roads are unpaved and electricity is scarce, if available at all. His son, a university graduate with a business degree, has been looking for a job since finishing his studies.

Safi said there’s little to no assistance from both the government and aid groups. Four years after leaving, the family survives on money sent from relatives still in Pakistan.

Rights groups say Afghanistan has failed to implement large-scale land programmes for refugees. Government policy aims to include returnees and displaced communities within the country’s development programmes, but the conflict itself makes progress difficult for all Afghans.

“Returnees often have high expectations and it doesn’t line up with what we can provide,” said Abdul Basit Ansari, a spokesman at the Ministry of Refugees and Repatriation, which oversees programmes for returnees and the displaced. “Both security and employment continue to be big challenges – not only for those who return, but for Afghans across the country.”

The return to Afghanistan has been difficult for Safi and his family, but he said some aspects are better, compared with living an undocumented existence in Pakistan.

“We were never fully integrated. We always lived in fear of being found out,” he said. “Afghanistan might be dangerous, but in some ways it is safer. This is our home. We are free here.”

Still, in a crisis marked by precarious returns and long-lasting displacement, many Afghans are looking to leave. 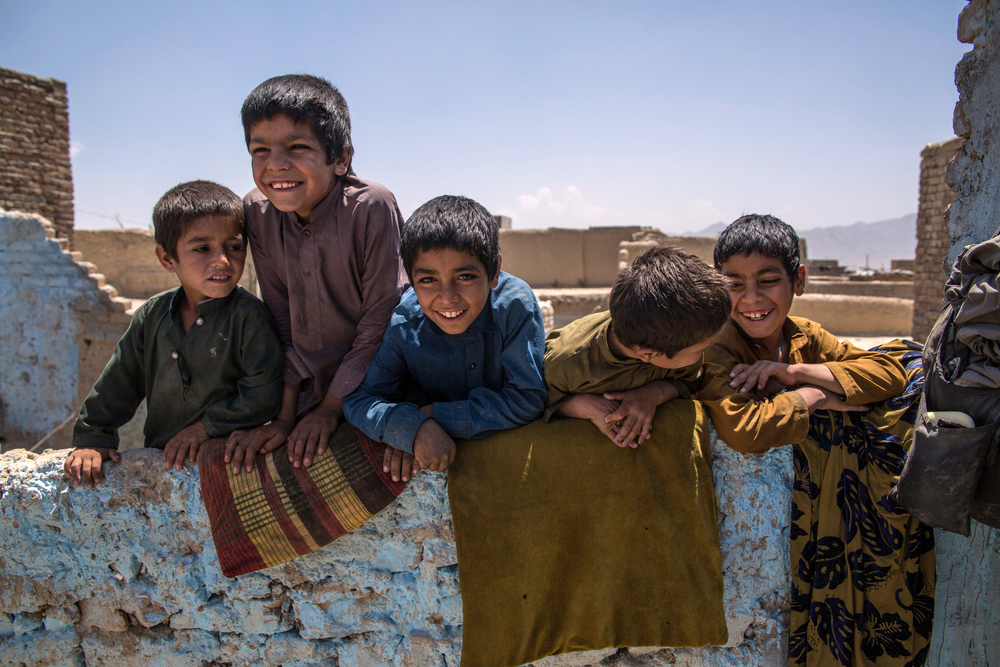 Stefanie Glinski/TNH
Sultan Bibi's grandchildren play on the rooftops of the Afghan capital. The children attended school and learned English in Pakistan, but in Afghanistan they sell plastic to help their family earn money.

At Pakistan’s embassies and consulates across Afghanistan, more than 5,000 visa applications are made daily, according to Pakistan’s ambassador, with many people waiting in line for days.

The Pakistan-Afghanistan border has traditionally been porous, but Safi said regulations have toughened in recent years: “We now need passports and visas to cross the border,” he said. “These are expensive and hard to come by.”

If it wasn’t for paperwork, he admitted, his family would have returned to Pakistan long ago. Instead, he’s eyeing other migration opportunities for his university-educated but jobless son.

“Pakistan is becoming less of an option,” he said. “My son is now trying to go to Europe instead.”

(TOP PHOTO: Halima Bibi, right, sits outside her home in Behsud district, near the city of Jalalabad. Settlements are rapidly expanding here as returnees and displaced search for homes near urban amenities.)