This article is part of our in-depth coverage. Read more like this...
SPIN BOLDAK, Afghanistan

After two decades in Pakistan, 35-year-old Durkhane is finally back in her native Afghanistan – but she has nowhere to go.

Sitting on a plastic chair here at a UN-run reception centre in the dusty border town of Spin Boldak in Kandahar Province, Durkhane is among almost one million Afghans who have returned from Pakistan over the last three years. They’re coming home to a country mired in conflict, where aid for basic needs, jobs, and support for reintegration are in short supply.

Long a safe haven for Afghans fleeing instability, Pakistan has made it increasingly clear that the nearly 1.4 million registered Afghan refugees on its soil, as well as an estimated one million undocumented Afghans like Durkhane, are not welcome. Pakistan has set a 30 June deadline before identity cards allowing registered refugees to legally stay in the country will expire – the latest in a series of short-term extensions that has put Afghans and aid groups on edge. 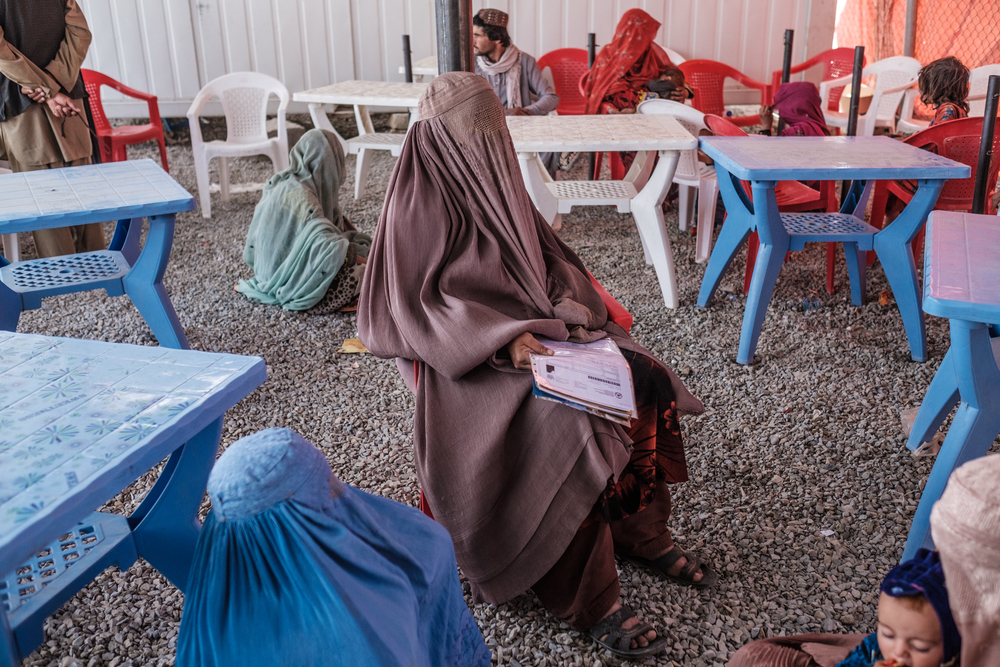 Kern Hendricks/IRIN
Durkhane, 35, sits with her daughters in a border reception centre for Afghan returnees who have just arrived from Pakistan. Returning Afghans are screened and offered short-term aid, but are largely left on their own when they leave.

Returnees like Durkhane face an uncertain future. Durkhane’s family is from Kajaki District in neighbouring Helmand Province, an area contested by the Taliban and frequently hit by airstrikes. She said she doesn’t know if it’s safe to go back to Kajaki.

“We are worried about it, but what to do? We know that in Afghanistan, no place is secure,” she said.

Each week, new violence makes headlines, as the Taliban and forces aligned to so-called Islamic State battle each other and the besieged government for control. This week, IS-claimed bombings in Kabul killed at least 25 people, while an attack on a military convoy here in Kandahar killed 11 children studying at a nearby school. Last year, more than 10,000 civilians were killed or injured in conflict, while half a million were displaced throughout the country, according to UN figures.

Yet Afghan refugees continue to cross the border from Pakistan. UN agencies are preparing a contingency aid plan for 700,000 returnees this year, on top of some 400,000 people predicted to return from Iran, which is also deporting Afghans in large numbers.

The Afghan government says it’s trying to help the returnees, but so far it has resettled only a few thousand people over three years. Both local and international humanitarian agencies say they’re overstretched as it is, and they fear a mass influx will add to the instability. And rights groups say neither the government nor donors have tackled the returnees’ most pressing long-term needs: jobs, schools, and a secure place to live. 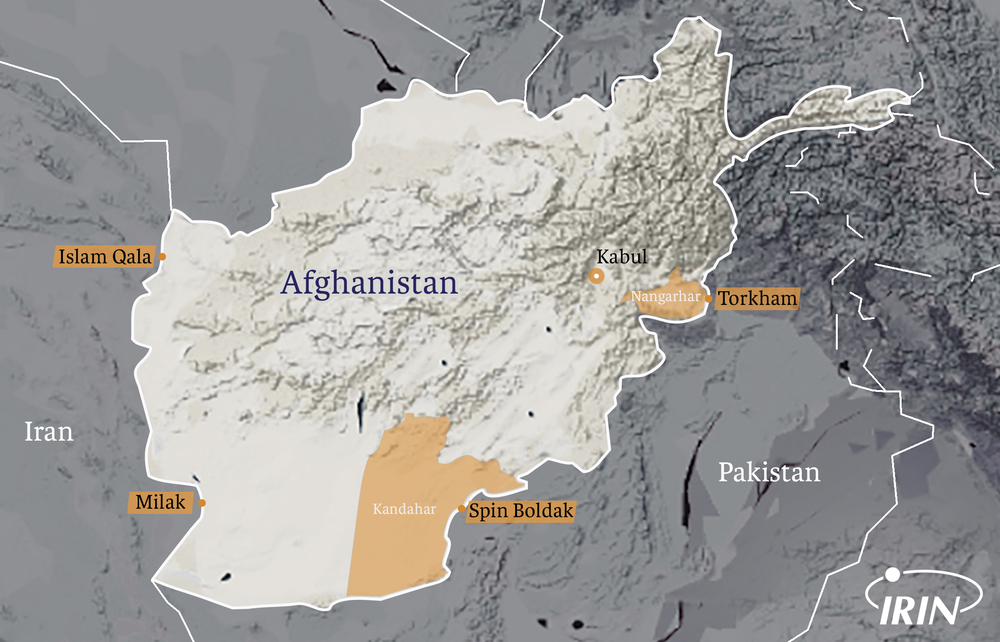 Afghans return from Pakistan and Iran through four main border crossings. More than 600,000 Afghans returned home from either country in 2017. Authorities and aid groups in Afghanistan are bracing for higher numbers this year.

A spike in expulsions from Pakistan in 2016 offers a blueprint for what could come this year. Pakistani authorities drove out more than 600,000 Afghans in what Human Rights Watch called “a toxic combination of deportation threats and police abuses”. Afghanistan struggled to absorb the sudden influx, and the UN launched a $152-million emergency appeal to cope.

Last year, total returns from Pakistan fell to about 157,000. But Pakistan has cranked up its rhetoric around sending refugees back to US-supported Afghanistan – a reaction, some analysts suggest, to US President Donald Trump’s January threat to cut aid after he accused Pakistan of harbouring militants.

So far, Pakistan has pushed back its deadline for Afghan refugees three times since January; past extensions have been for at least six months and often longer. Ahead of the current 30 June cut-off, about 11,000 people have returned – mostly undocumented Afghans who say they fear deportation, harassment, or worsening job prospects in Pakistan.

Returnees enter Afghanistan mainly through border crossings like Spin Boldak, where the government and the International Organization for Migration run a reception centre. Here, undocumented returnees are screened, and the most vulnerable are offered short-term help: medical services, food, money for transport, and a night’s accommodation. But after that, returnees are largely left on their own. 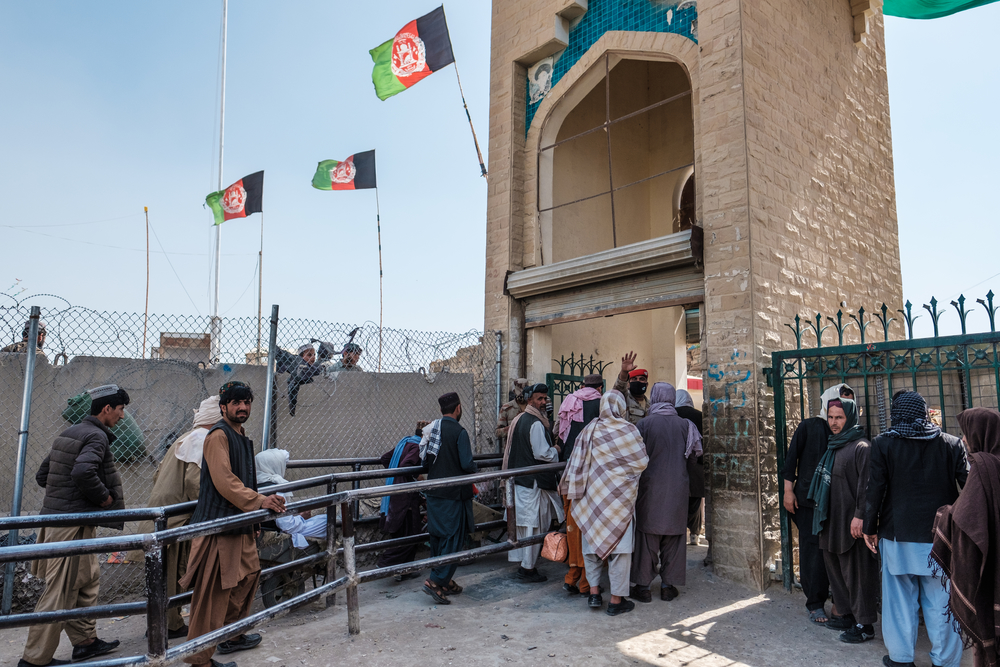 Kern Hendricks/IRIN
Men cross the border between Afghanistan and Pakistan at the busy Spin Boldak border post in Kandahar Province. The crossing is one of two major border checkpoints Afghan returnees from Pakistan use to re-enter the country.

Anwar Jan, 45, sat with his family at the reception centre. He has lived most of his adult life across the border in Quetta, working as a day labourer. But escalating harassment by Pakistani authorities convinced him it was finally time to leave.

“We were refugees without identification cards,” he said. “The police would arrest us, and it was too difficult for us. The situation in Afghanistan is better than in Pakistan for us. No one will arrest us without a reason here.”

But Jan and his family face obstacles as they try to rebuild their lives. Jobs are scarce, and many Afghans return to find their ancestral homes caught behind a shifting frontline.

“Most [returnees] are from districts where security is a big challenge,” said Fahim Safi, the IOM representative in Kandahar and Nangarhar provinces, home to the two main border crossings between Afghanistan and Pakistan.

A January survey of returned Afghans by the Norwegian Refugee Council found that violence forced seven out of 10 people interviewed to flee again after they returned home.

A growing number move to crowded informal settlements that have multiplied across the country over the last five years, bolstered by displacement and the ongoing injection of new returnees.

Afghanistan’s Ministry of Refugees and Repatriations is responsible for helping returning Afghans reintegrate. Some, like Jan and Durkhane, have spent more time abroad than in the country of their birth. But a plan to provide land for vulnerable returnees in Jan’s home district of Panjwai, near Kandahar City, has floundered.

Nationwide, only 7,000 returned families have received land from the government agency in the past three years, according to Hafiz Ahmad Miakhel, a ministry spokesman. “The procedure of providing land has taken time,” he said.

Rights groups say the absence of any large-scale government land programme for returnees stands in the way of reintegration.

“It remains possibly the most serious concern for returnees – both land and housing in general,” said Patricia Gossman, Human Rights Watch’s senior researcher on Afghanistan. 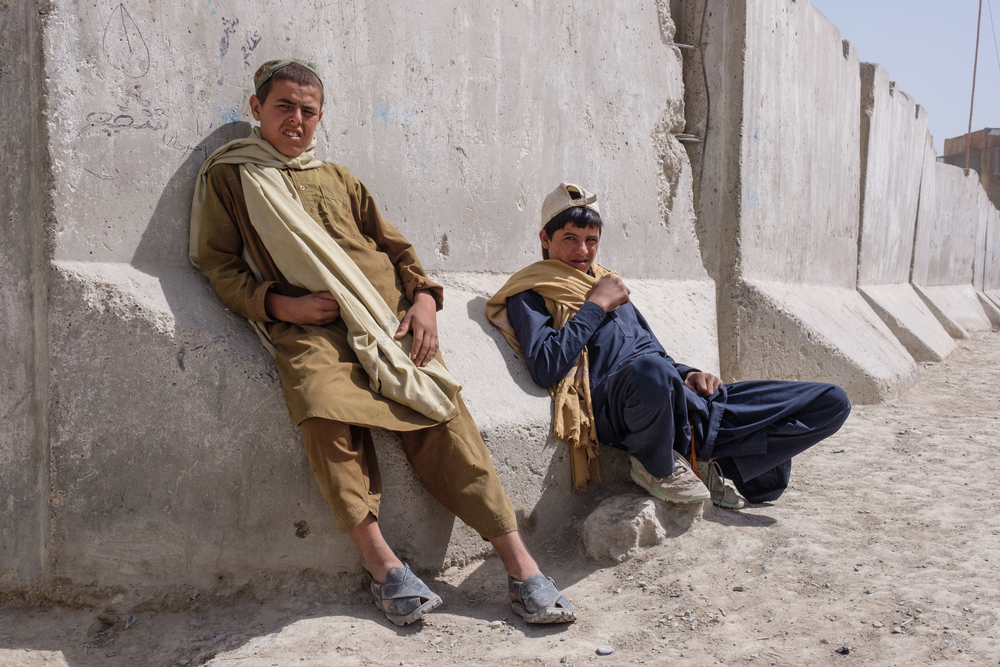 Kern Hendricks/IRIN
Young men wait for work on the Afghan side of the Spin Boldak border crossing. Day labourers eke out a living packing trucks and helping families move their belongings into vehicles after crossing the border.

With little long-term support from the government or aid agencies, many returnees here head to urban centres like Kandahar City, about 100 kilometres from the Pakistan border over barren desert land.

Families of Afghan returnees cluster together on the outskirts of the city, living in rented mud-brick homes lodged between large warehouses and petrol pumps. Most of the families had lived in Karachi, Pakistan’s largest city, and arrived one after the other in recent years as the pressure to leave intensified.

“There is so much land in Afghanistan that hundreds of thousands of returnees could live there,” said Mullah Nek Muhammad, a malik, or leader of the group. “But [authorities] haven’t given us even a square metre so far.”

Already, he said, many newly returned Afghans from his area are thinking of packing up and heading back across the border to Pakistan – despite the threat of harassment and deportation. A close relative recently made the reverse journey, he said: “He spent two, three months here. There was no work; he sold all his possessions and moved back to Karachi.”

Patte Mohammad Khan makes less than a dollar a day driving a three-wheeler, he said – barely enough to cover his monthly rent. He says he left Pakistan because of constant harassment; he doesn’t plan to return. 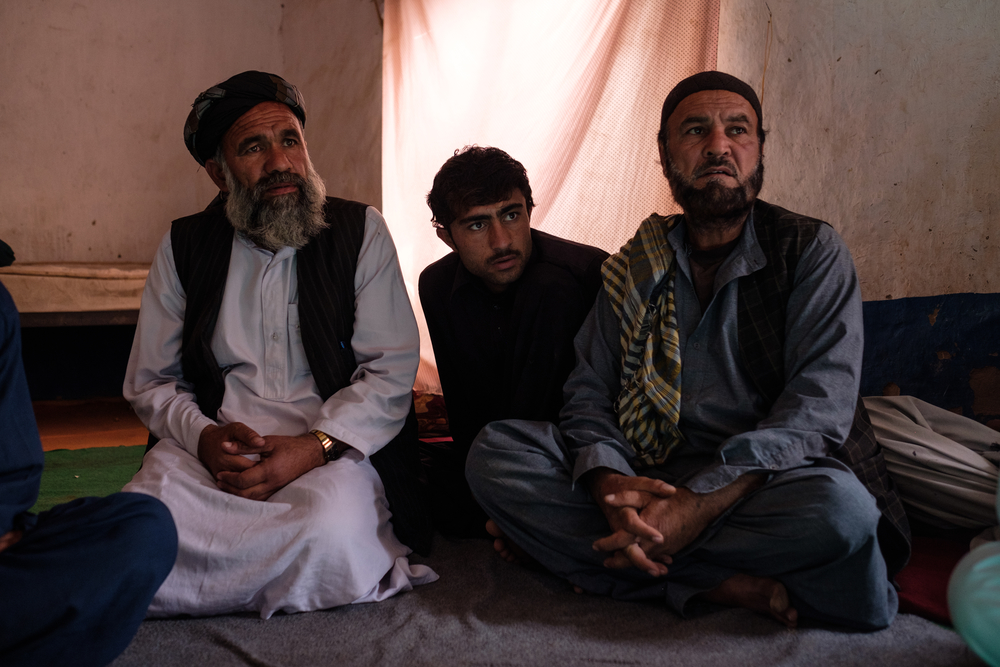 Kern Hendricks/IRIN
Mullah Nek Muhammad, left, sits with Patte Mohammad Khan, centre, and Abdullah Hakim, right, at a home on the outskirts of Kandahar City. Khan says he struggles to earn enough money: “We will die of hunger in our home country,” he says.

But with five hungry children he often can’t afford to feed, it’s hard not to think about the life he left behind.

“If I tell the truth, our life was better in Pakistan,” he said.

(TOP PHOTO: The residents of this small community on the southern outskirts of Kandahar City are almost all recent returnees from Pakistan. The returnees say many in the area are considering going back to Pakistan, despite the risks. CREDIT: Kern Hendricks/IRIN)