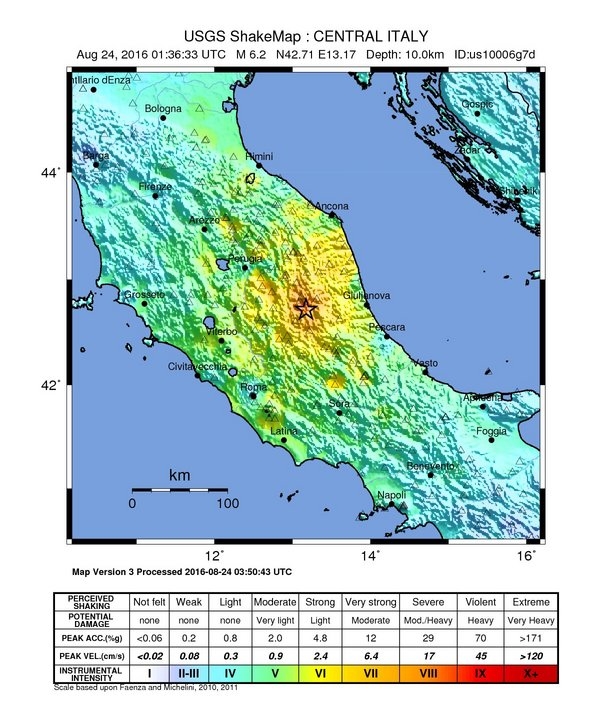 USGS
How the shaking spread out across the Apennines