Sex abuse, corruption, missing aid money, data breaches, and alleged cover-ups: Our investigative reporting explored these topics and others as we looked at the multibillion-dollar aid sector in 2020.

Even before the pandemic struck, it wasn’t easy chasing secrets in the aid world – potential whistleblowers are often too scared to risk their jobs or careers; collecting and sharing data is scattershot among UN agencies and NGOs; and – unlike the public sector – journalists can’t turn to Freedom of Information laws to pry loose closely guarded information.

COVID-19 erected new roadblocks. Lockdowns and travel restrictions often thwarted on-the-ground reporting, and the risk of contracting the virus added another worry to an already long list of precautions taken to keep our reporters safe.

Getting answers from governments, UN agencies, and NGOs was also slowed, as all eyes were on the pandemic. “Call back in two months,” a government office told us during our investigation into an Ethiopian gold mine allegedly linked to a record number of birth defects in the region. We didn’t wait. We obtained leaked reports and doubled other reporting.

Even before the pandemic struck, it wasn’t easy chasing secrets in the aid world.

We did catch a bit of luck. Several tips that had been percolating after reporting on the 2019 Ebola outbreak in the Democratic Republic of Congo panned out.

One was about allegations of sex abuse by aid workers responding to the outbreak.

Sexual abuse and exploitation scandals have become all too common in humanitarian settings, and more often than not they have involved groups of UN peacekeepers.

But in Beni, a response hub during the outbreak, we found 50 women who described how aid workers – most allegedly from the World Health Organization – lured them into sex-for-work schemes during the Ebola outbreak.

Getting the story took nearly a year, and we collaborated on it with the Thomson Reuters Foundation. Telling the story to make sure the women’s voices were heard without jeopardizing their privacy was a challenge. In the end, the story was re-published or cited by news organizations around the globe, and the UN and NGOs have vowed to investigate the women’s allegations.

As part of our continued coverage looking at data responsibility within humanitarian settings, we uncovered a major UN data breach.

Another investigation was driven by a whistleblower tip that came amid the Black Lives Matter protests and the death of George Floyd Jr.

A former Catholic Relief Services employee accused the Catholic charity of failing to take action against its American chief in Sudan after several complaints of racism. In the end, the American boss was fired shortly after being arrested in Sudan for racist verbal abuse. The TNH investigation coincided with our coverage of racism within the humanitarian sector and discussions on how to “decolonise” aid.

And as part of our continued coverage looking at data responsibility within humanitarian settings, we uncovered a major UN data breach and discovered that most staff had not been alerted to the cyberattack.

The prospects of budget cuts linked to the fallout from the pandemic also helped draw some whistleblowers out of the shadows for our investigation on the International Committee of the Red Cross. Could the ICRC have avoided deep budget cuts and layoffs if the organisation had done a better job of managing its finances and staff?

We’re already at work on investigations for 2021, following up some of this year’s reporting as well as delving into new topics.  For now, here’s a selection of our 2020 investigative reports on the aid sector: 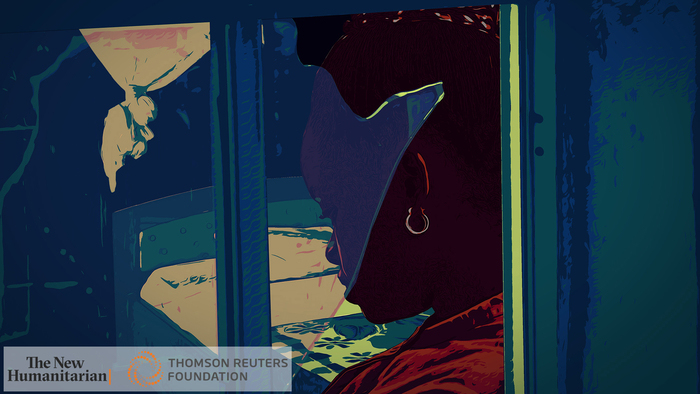 When an Ebola outbreak began to spread in the Democratic Republic of Congo, scores of aid workers rushed to contain the spread. But 50 women said they were also lured into sex-for-work schemes by some of those same aid workers sent help. 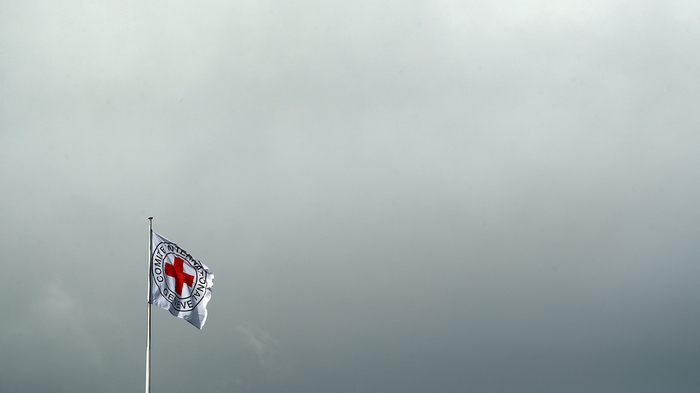 The International Committee of the Red Cross is facing a staffing crisis and nearly $100 million in budget cuts amid concerns that fallout from COVID-19 could trigger even less funding. But could the ICRC have averted the latest crises with better foresight and management? 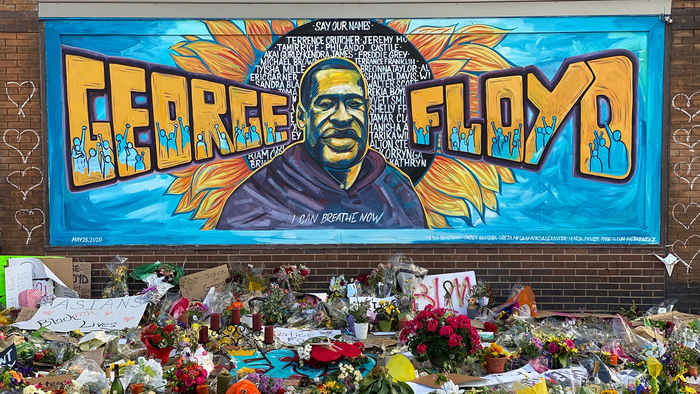 Catholic NGO boss accused of racism and abuse in Sudan

Catholic Relief Services, one of the world’s largest charities, promised a reckoning after the killing of George Floyd Jr. and a groundswell of support for the Black Lives Matter protests. But it failed to take action for years over racist complaints against its American chief in Sudan. 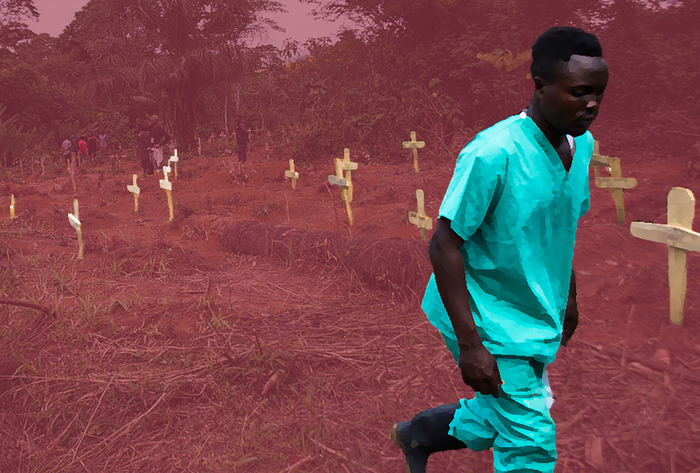 The spread of a deadly virus wasn’t the only thing response workers had to contend with in Congo: Deep community mistrust and violent attacks made containment even tougher. But our investigation showed that the WHO could have done more to thwart what had become known as the “Ebola business” – schemes that fanned community resentment. 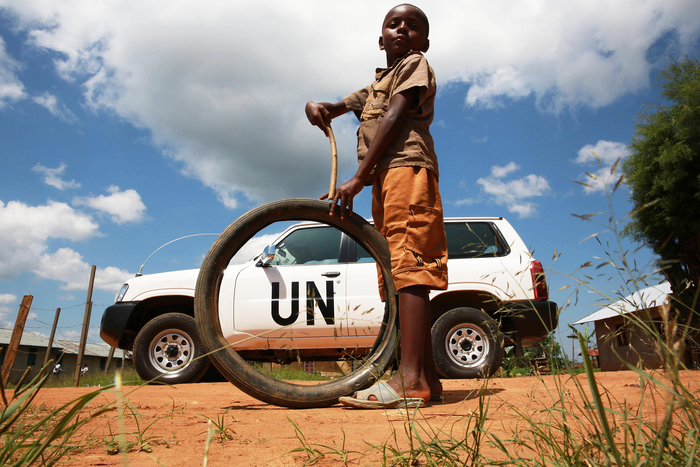 When the UK government suspected fraud and corruption in projects it was funding inside the Democratic Republic of Congo, it commissioned an investigation. Our own investigation, which features that leaked report, showed just how endemic the corruption was. 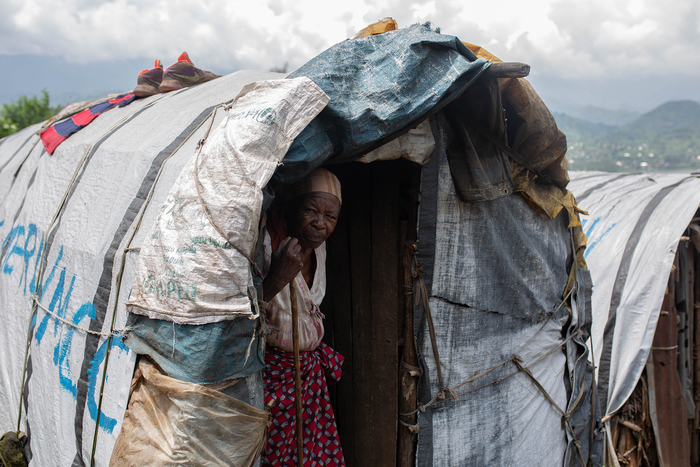 A tip led us to the discovery that several million dollars in aid funds had been diverted from Congo’s most vulnerable in widespread fraud. Our investigation traced the anatomy of the scam using leaked documents, interviews with the fraud’s ringleaders and aid workers in a story that rattled the aid sector. 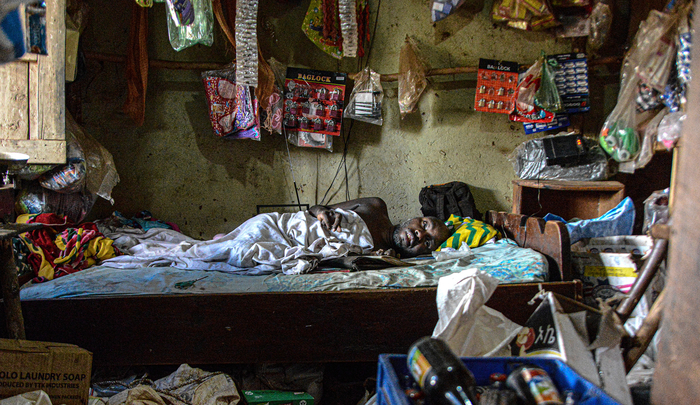 Health woes, outrage, and toxins near Ethiopia gold mine

Residents in Ethiopia’s Oromia state had long claimed that contamination from a gold mine owned by an Ethiopia-born Saudi tycoon was causing health problems. Our investigation, however, discovered even more: The area around the mine had the highest number of birth defects recorded in Ethiopia. 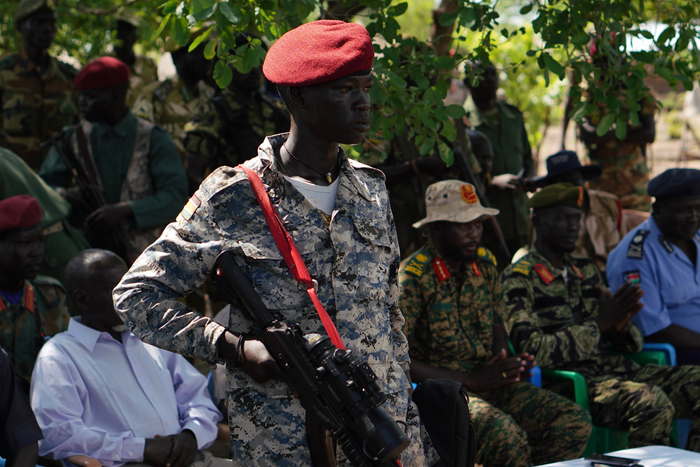 Multiple delays kept a long-awaited peace deal from being implemented in South Sudan, but our investigation revealed one of the key hold-ups: a lack of transparency over tens of millions of dollars earmarked for major provisions. 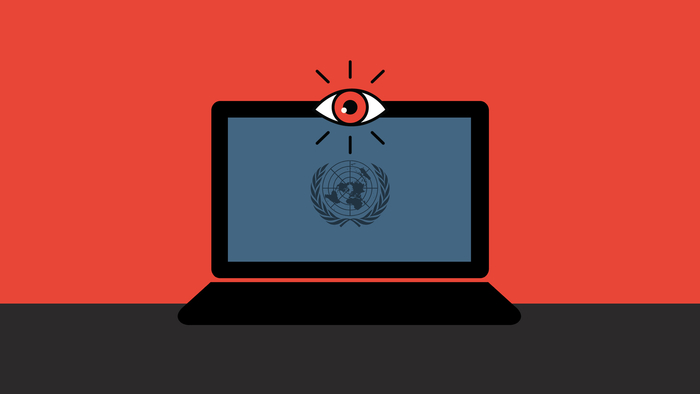 The cyber attack the UN tried to keep under wraps

A confidential report about how the UN’s networks and databases had been severely compromised put us on the trail of what turned out to be a major data breach. The piece exposed major weaknesses in security, but it also raised deeper questions about the UN’s responsibilities in data protection and its diplomatic privileges.