Facing what its commissioner-general Pierre Krähenbühl called its “most serious financial crisis ever,” this week the UN agency for Palestinian refugees announced it would let go around 100 foreign employees on short-term contracts, roughly half of all its international employees.

Dealing with emergencies in Syria and Gaza and having lost $25 million to currency exchange fluctuations overnight, UNRWA is $101 million in debt and faces a $330 million shortfall in its $680 million annual budget.

Financial woes have plagued the agency, which is responsible for the medical care, education, and welfare of registered Palestinian refugees, since it was formed in 1950 as a temporary measure, but this crisis is the worst to date.

What, if anything, can be done to fix the frequently broke agency?

The most straightforward approach might appear to be to search for additional sources of funding.

UNRWA gets little funding from the main UN pot so relies largely on donations from countries, NGOs and some private donors. Historically, the United States and the European Union have provided the bulk.

But faced with conflicts in Syria, Iraq, Nepal and the Ebola crisis in West Africa, traditional donors are cash-strapped.

“We are in a situation of unprecedented crises,” explained a European diplomat in Jerusalem. Other crises “absorb a lot of funding and there are very definite constraints on the part of donors to manage this.”

So might UNRWA turn elsewhere? Gulf countries have upped their support for emergency appeals, but Zizette Darkazally, UNRWA’s spokeswoman in Lebanon, said the agency is looking for more funding for their core budget. “We hope the Arab countries, given their history here, [will] play a significant role,” she said.

The agency is also leaning on the emerging BRIC (Brazil, Russia, India and China) economies: Krähenbühl spent much of the last week in Russia, which in 2015 contributed $2 million dollars to the agency. He will also visit China and Brazil.

But, barring a major Gulf splurge, any new funding is unlikely to be sufficient.

UNRWA has already cut back on international consultants, implemented a hiring freeze, and is offering staff what amounts to early retirement packages. Programs like a cash-for-rent scheme for Palestinians from Syria are on hold.

Rex Brynen, professor at McGill University and an expert on Palestinian refugee issues, said that there were really no easy cuts left.

“They have trimmed optional staff positions and [other] programs … it is not as if UNRWA still has a large number of optional programs left [to cut],” he said.

As such, Darkazally said, the next target for cuts is one of the agency’s core services: education.

UNRWA runs more than 700 schools in Gaza, the West Bank, Jordan and Lebanon. They are the only option for many Palestinians, but take up 60 percent of UNRWA’s regular budget.

Planned class sizes will be brought up to 50, from 40 to 45, allowing a modest cutback in teaching staff. Darkazally said they were even discussing delaying the start of the school year.

“Everything is being thought of at the moment,” she said.

Nasr Ali mohammad, 69, stands in the kitchen of her home in a Palestinian settlement in Qasrmiyeh, near Tyre in Lebanon, on December 20, 2013. Nasr has lived here for 40 years but due to Lebanese law has no secuity of tenure 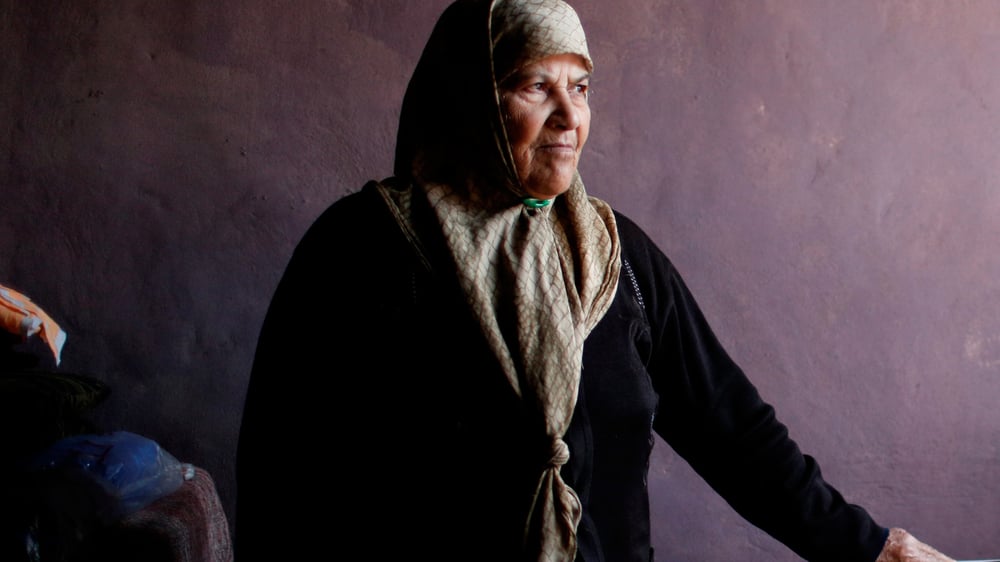 To avoid such devastating cuts, are there reforms that UNRWA could make or radical solutions it could adopt?

Donor pressure forced UNRWA to make its finances more transparent in the 1990s, and Jalal al-Husseini, associate researcher at French Institute for the Near East in Jordan, said some countries are still pressuring for a faster pace of internal reform.

Major changes in the past ten years include a decentralization that has allowed local offices to act with more autonomy, but UNRWA’s bureaucracy remains notoriously bloated.

UN audits of UNRWA from the past three years show the organisation accurately represents its finances, while, unsurprisingly, pointing out a cash flow problem.

The most recent available audit, from the year 2013, suggested improvements including changing how tenders are processed at the Amman office, and called for an anti-fraud policy document to guide staff in reporting suspected corruption.

Sari Hanafi, a sociologist at the American University of Beirut, called the agency a “huge bureaucratic machine” and proposed a more “participatory approach”.

He suggested a model developed in the Brazilian city of Porto Alegre. Faced with tough budget decisions and inequality, the region devolved authority over some of its budgets to residents. UNRWA’s role as a Palestinian agency – almost all the 30,000 strong UNRWA staff are refugees themselves – might make a more participatory approach realistic.

“It involves citizens in budgeting decisions, with the idea that they will make the hard decisions when they see what the options are,” he said. “With limited resources, involving people shows them where the money is coming from."

There are even more radical solutions, which would likely involve a renegotiation of UNRWA’s mandate.

Among them has been phasing out services to the nearly two million Palestinian refugees who have become citizens of Jordan since 1948. This proposal was floated by James G. Lindsay, UNRWA general counsel from 2002-2007, in his 2009 report for the Washington Institute for Near East Policy - “Fixing UNRWA.”

Already hosting refugees from Iraq and Syria, it would place a heavy burden on Jordananian hospitals and schools. Lindsay, however, proposes this could be balanced with targeted foreign aid.

There are reasons to doubt such a solution is viable. For many Palestinians, the option is politically untenable. Many consider registration and affiliation with UNRWA as symbolic placeholder for the “right to return.” Likewise, while donor countries and Israel may have their disagreements with UNRWA, many see it as a stabilizing force and would probably object to a withdrawal from Jordan. As an important ally of Israel and the west that is facing its own battle with Islamic radicalisation, Jordan’s objections would likely be heard. For his part, Brynen calls the Jordan option “politically impossible.”

Lindsay also proposes a shift to needs testing for services, requiring Palestinians who can to pay for at least some of their education and health care. He writes that, “no justification exists for millions of dollars in humanitarian aid going to those who can afford to pay for UNRWA services.”

UNRWA rejected a draft of the report as a misunderstanding of the agency’s mandate.

But it is increasingly clear that if donors aren’t willing to reach deeper into their pockets each year, the 65-year-old UNRWA needs a profound rethink if it is to continue to serve a population still desperately in need.