This article is part of our in-depth coverage. Read more like this...
Part of an in-depth series exploring the consequences for the urban poor as the rapid growth of African cities outpaces policy reform
LONDON

From “natural disasters” causing large-scale destruction, to slow-onset crises such as droughts, through to conflict and persecution, the number of people around the world needing humanitarian assistance is growing – and increasingly, they are found in urban areas.

According to the UN High Commissioner for Refugees, in 2016 there were 65.6 million people globally who were forcibly displaced, more than ever. Increasingly, the proportion moving to urban areas is growing. In 2016, 60 percent of refugees were living in urban areas.

In a world where more than 50 percent of people live in urban areas, cities will increasingly feel the effects of crises. As a result, the humanitarian sector urgently needs to adapt how it responds.

Diverse and complex actors and needs

International humanitarian agencies face particular challenges when operating in these areas. Local authorities’ responsibilities, the relationships between service providers, and the features of local civil society vary greatly from place to place. But methods for assessing humanitarian contexts are designed for rural ― not urban ― areas.

Local or municipal governments play a critical role in responding to crises. In places with relatively effective local authorities, humanitarian agencies can work with them to get cities working again.

Local authorities’ knowledge of the local situation can help to ensure that humanitarian action supports longer-term development without undermining systems central to a city’s ability to function, such as infrastructure and its markets.

But there are also many local governments that lack the capacity to respond effectively and rapidly to a crisis. Cities may already be strained and unable to provide residents with basic services, particularly the women, children, and men living in informal settlements.

A street scene from Kibera, reputed to be Africa’s largest slum. According to UN-HABITAT, millions of Kenyans living in slums are among those worst hit by high food prices yet they receive far less humanitarian attention than other demographic groups 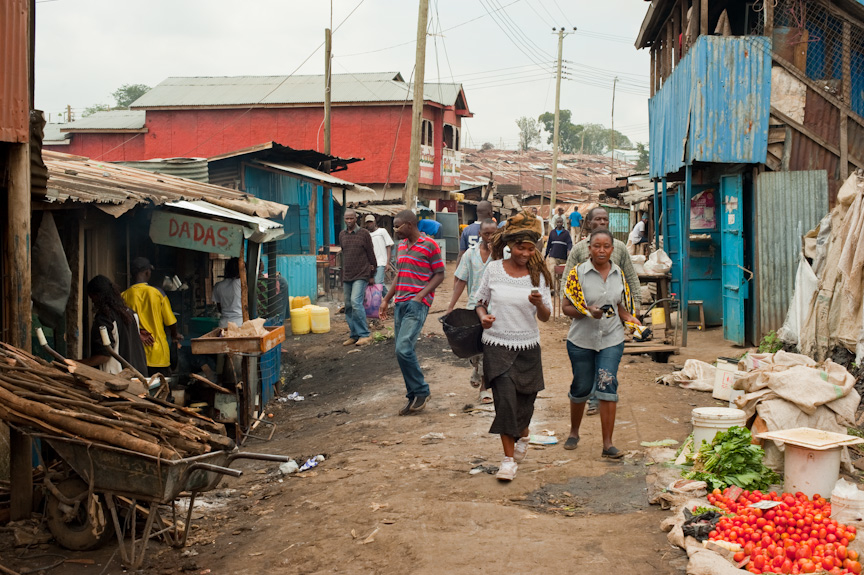 Jerry Riley/IRIN
A street scene from Nairobi's Kibera, reputed to be Africa’s largest slum
Having to serve displaced people on top of this is often a challenge too far. It is important that humanitarian agencies support local governments’ ability to meet existing needs, but this requires an understanding of urban systems and how they work.

Humanitarian actors need to develop new approaches to work in these areas. The private sector and local markets can play an important role in providing shelter, water, food, education, and healthcare.

Cash-based approaches to humanitarian emergencies are one way in which the local private sector, including small- and medium-sized enterprises and utilities, can be reinstated after a humanitarian crisis.

For example, Syrian refugees in Lebanon were given cash grants to buy food, soap, and other basics. Because markets and supply chains were already in place, they could meet their needs quickly.

It is also crucial that the people who are affected participate in recovering and rebuilding their lives. While many agencies recognise that supporting bottom-up initiatives can improve rehabilitation, arrangements for responding to humanitarian crises can either help or hinder recovery depending on their wisdom.

For example, providing technical support to ensure new housing is earthquake-proof is vital, but importing the materials will not help local markets recover.

As well as acknowledging that there are many urban actors involved, responses to urban humanitarian crises need to recognise differences both within and between affected groups, including how they respond to crises.

For example, Afghan and Rohingya refugees in New Delhi face different challenges in the city due to language, religion, and culture.

Meanwhile, resident and displaced communities living in informal settlements with limited or no access to adequate shelter and basic services frequently face similar experiences of exclusion, marginalisation, and poverty.

It is more effective to focus on a defined geographical area to address immediate needs than on individuals. This ‘area-based approach’ makes it possible to respond to the crisis in a participatory, integrated way involving multiple sectors, making sure people have the access to the shelter, infrastructure, healthcare, and other services they urgently need.

When infrastructure is not provided, or not affordable, the urban poor find their own way around the problem, as in Delhi, India, where electricity is tapped. 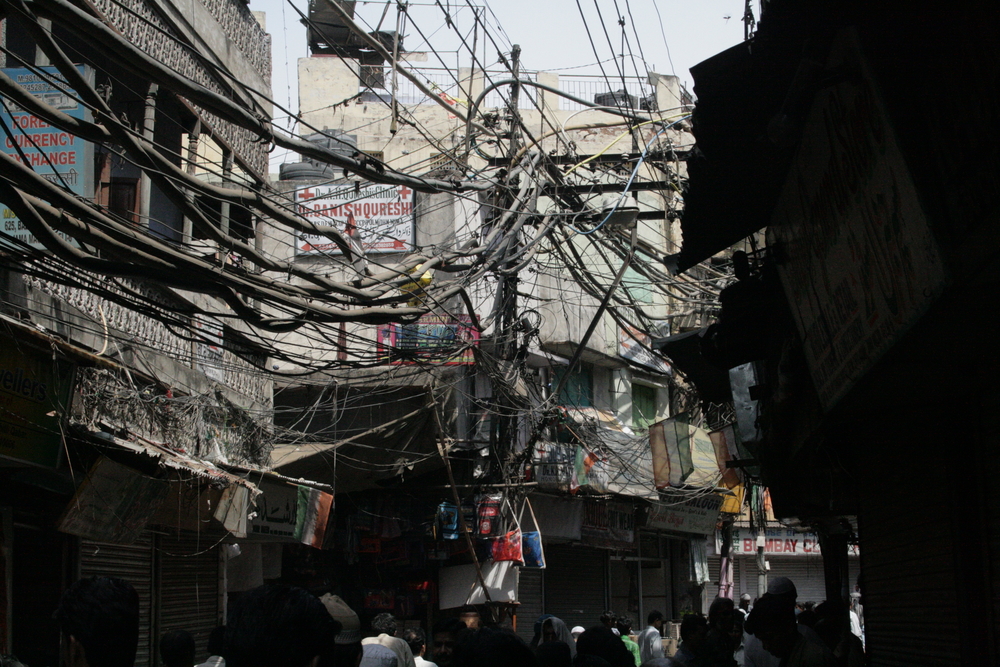 Chris Horwood/IRIN
When infrastructure is not provided, or not affordable, the urban poor find their own way around the problem, as in Delhi, India, where electricity is tapped

Much of this is dependent on creating working partnerships between diverse urban actors. This requires an understanding of the local context, preferably before a crisis hits.

To be more effective, humanitarian agencies need to increase their understanding of the causes of urban crises and how they affect different groups.

Currently, the focus is on identifying challenges and what should be done, rather than on how improvements can be made and by whom. More needs to be done to integrate humanitarian action with long-term development.

Given the likely impact of climate change on cities, approaches that combine crisis preparedness and crisis response with climate resilience will have more far-reaching effects than keeping the issues separate.

Humanitarian actors also have to recognise the pre-existing needs and deficiencies within cities, particularly those affecting low-income and other marginalised groups.

Local populations’ efforts to cope with and move on from crises must be supported in ways that enable them to have full access to basic services and safe and secure shelter as they rebuild their homes or integrate displaced people into their communities.

Humanitarian agencies play a crucial role in making this possible. This means moving beyond an approach that sees local organisations and communities as implementing partners and instead works with them.

Action needs to be tailored to local needs and capacities. People need to have the means to carry on their recovery by themselves and contribute to longer-term development for vulnerable and marginalised groups.

Humanitarian agencies have started to recognise the need to do things differently in urban areas. Now is the time to seize the opportunity to develop better links between humanitarian and development interventions, by taking a long-term view in crisis response.

This article draws on a special issue of the journal Environment & Urbanisation entitled  ‘Towards more effective humanitarian response in urban areas’, which is part of the Urban Crises Learning Fund, a three-year initiative for research and learning towards more effective urban crisis response, funded by the UK’s Department for International Development, and managed by IIED.