As with similar incidents over the past year or so, officials attributed the machete attack to the Allied Democratic Forces, an insurgency of Ugandan origin based in eastern Congo.

“We are worried by these events,” said Jean-Paul Ngahangondi, national coordinator of the Beni-based Convention for the Respect of Human Rights, an NGO.

These rebels are brutally killing civilians, even just a few metres from army or UN peacekeeper positions. Whenever there are new attacks we don’t bother to report it to the authorities because no solution is ever found.”

Over the last 11 months, more than 450 people have been killed in similar incidents blamed on the ADF, according to a tally published by Rafiki, a local monthly newspaper.

Before Saturday night’s attack on the villages of Ntoyi and Mukida, “people had begun to relax in big towns like Oicha,” said Stanley Muhindo, a journalist with the Catholic radio station Moto Oicha.

“But now trouble has come back.”

And with it, questions about the security forces’ response to the violence. The Congolese army and UN peacekeepers began joint operations against the ADF in January 2014, capturing major rebel bases, weapons and ammunition. Around 100 civilians have been freed from among 500 who had been abducted. (Three Catholic priests kidnapped in October 2012 are still being held.)

The deadly attacks of past months share several grisly hallmarks, as described in a May report by senior Catholic clergy: “The criminals kill brutally with machetes, knives or axes. The throats of some victims are cut, the arms of children mutilated, the bellies of pregnant women cut open, and whole families wiped out.”

Many wonder how a group said to be so critically weakened by counter-insurgency operations could put up such a show of force.

One explanation was put forward by the UN Group of Experts on the DRC, who noted in their final report released in early 2015 that the operations had done little to disrupt the leadership and support networks of the ADF, networks that extend from many towns in eastern DRC to neighbouring Uganda, Rwanda and even as far away as the UK.

And according to the Rafiki newspaper, “since January 2015, our sources indicate that the ADF and its accomplices have extricated weapons from caches located between Oicha and Eringeti, in the south of Lubero territory. To move this cargo around, they use trucks carrying palm oil.”

Since the arrest in April of ADF leader Jamil Mukulu, his sons have reportedly taken over a reorganisation of the group, similar to those that took place after military operations in 2005 and 2010. 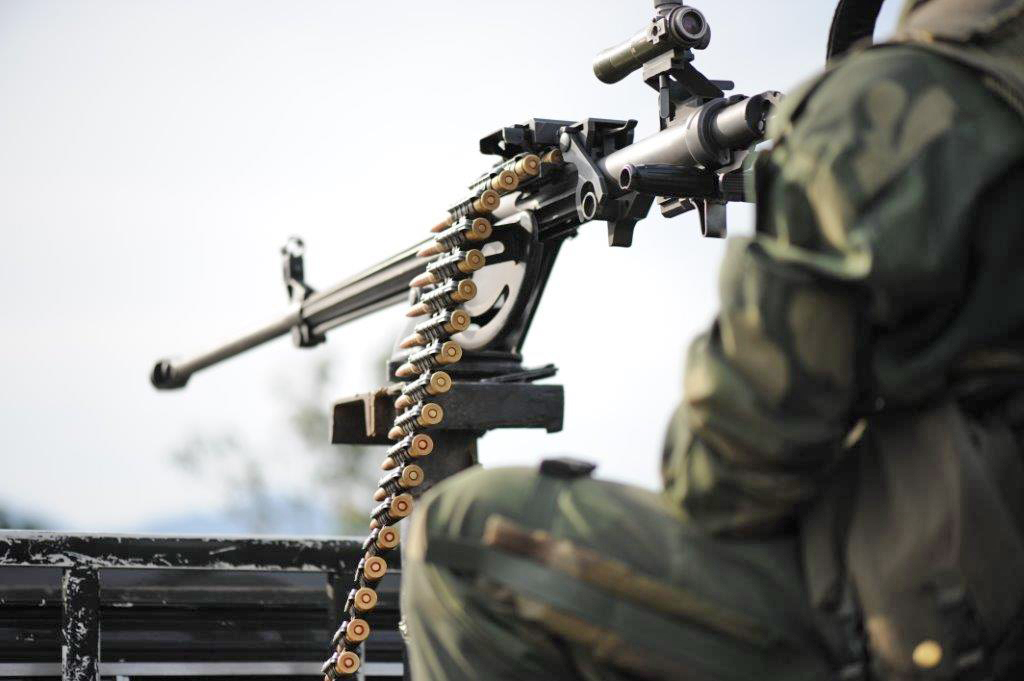 “We are not only concerned about their socio-economic reorganisation,” said presidential envoy Clovis Munihire, whose main job is to oversee the restoration of state authority in eastern Congo. “They are recruiting young Muslims from North and South Kivu provinces, and even some nearby countries.”

Another impediment is the straining of relations between the army and the UN mission since the government in January pulled out of planned joint operations against another armed group active in the east, the Democratic Forces for the Liberation of Rwanda.

According to Nicaise Kibel Bel’Oka, who directs the Centre for Geopolitical Study and Research of Eastern Congo, Kinshasa should do more to seek Uganda’s help.

“We shouldn’t content ourselves with cooperation limited to passing intelligence reports from one office to another,” he told IRIN.

“Several times the ADF travelled through Ugandan districts adjacent to Beni, but what does Kampala do, just send reports? Uganda must also send troops to the front. After all, they are their rebels.”

Asked to respond to this, Ugandan army spokesman Paddy Ankunda told IRIN: “As we speak, there is no such request from the DRC authorities for us to take a robust action against ADF rebels in their territory. We can’t go or deploy in DRC without their request and authorisation.”

“We are always alert and on standby,” added Ronald Kakurungu, spokesman for the army’s second division, which is based in western Uganda, on the Congolese border. “We have troops deployed at our common borders with DRC to ensure the ADF doesn’t cross into the country to cause any havoc.

If they attempt to do so [cross], we shall deal with them decisively.”

For Bel’Oka, a key problem is that the leaders and supporters of the ADF “are among the local [Congolese population]. That’s why people are being punished and killed – when they don’t want to collaborate. That’s been the way for a long time.”

This report was amended on 15 September. The three abducted priests have yet to be released.