Read about what we achieved.
ADDIS ABABA

Ethiopia’s transition to multiparty democracy is facing one of its most serious tests yet, after the murder in June of Hachalu Hundessa, a much-loved Oromo singer and activist, sparked the worst bout of unrest since Prime Minister Abiy Ahmed took charge of the East African country more than two years ago.

Over 200 people were killed in Addis Ababa and the surrounding Oromia region when groups of Oromo youth – who saw the 34-year-old as an icon in their community’s long struggle against oppression – began attacking members of other ethnic groups, while security forces used lethal force against protesters.

More than one month on, calm has largely returned and suspects have been arrested, though their motives are not fully understood. Roughly 10,000 people displaced by the violence are still sheltering in mosques, churches, and empty schools across Oromia, or in the relative safety of the capital.

“They attacked our home in the middle of the night,” one displaced person who asked not to be named told The New Humanitarian. “They burnt it to ashes and I have nowhere else to go.”

Prominent Oromo figures and journalists are among thousands that have been rounded up since the violence began in a crackdown that rights groups and analysts of Ethiopia worry will inflame already-simmering tensions between Oromo groups and the central government.

Abiy is himself Oromo – Ethiopia's largest ethnic group – and rose to power amid anti-government protests, which began in 2015 in Oromia before spreading to other regions, forcing the resignation of then-prime minister Hailemariam Desalegn.

The prime minister has since won acclaim – and a Nobel Peace Prize – for preaching a message of national unity, while delivering a blitzkrieg reform agenda that has seen political prisoners freed, exiles return home, and an historic rapprochement with neighbouring Eritrea.

But many Oromo who hoped Abiy’s ascent would mean greater regional autonomy for Oromia and an end to institutional discrimination feel he has done little to advance their interests during his time in power.

By opening the political space after decades of authoritarian rule, analysts say Abiy has also inadvertently uncorked long-repressed tensions between Ethiopia’s various ethnic groups, with the Oromia strife just the latest example of violence that has forced millions to flee their homes since 2018.

Read more → In Ethiopia, a growing clamour for ethnic autonomy

COVID-19-fallout, flash floods, and an invasion of crop-munching desert locusts have, meanwhile, doubled the number of people in need of humanitarian assistance in Ethiopia this year to nearly 16 million, according to the UN’s aid coordination agency, OCHA. And with more flooding expected in the coming months, and tensions building amid a delayed general election, there are fears the situation could soon get worse.

“We are dealing with a mammoth challenge,” said Sajjad Mohammad Sajid, the head of OCHA in Ethiopia. 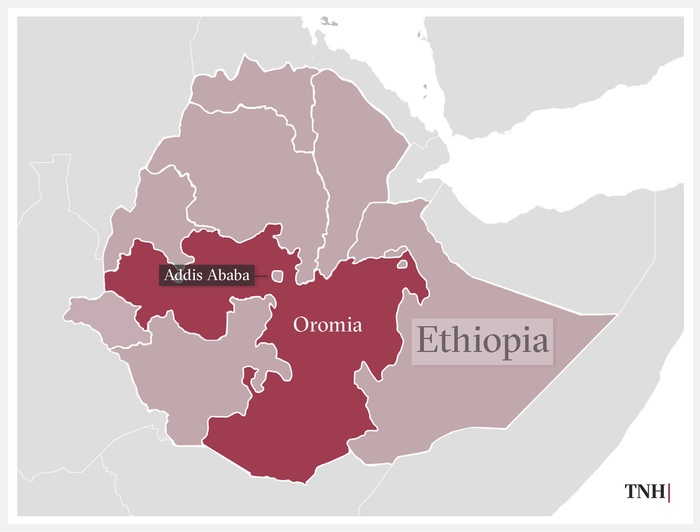 Among Abiy’s boldest – and most controversial – decisions was the dissolution in November of the Ethiopian People’s Revolutionary Democratic Front, a coalition of ethnic-based parties that had ruled the country with an iron fist for decades. In its place Abiy created a new “pan-Ethiopian” national party – the Prosperity Party.

The move was commended by some as an attempt to unify a long-divided country – administered by nine regions based on ethnicity – and chart a middle course between fractured communities.

But in Oromia and beyond, many criticised what they see as an attempt to centralise state power and dilute regional authority – betraying the movement that brought Abiy to power.

Efforts to combat a new rebel insurgency in the forests and hills of Oromia have made matters worse. An internet blackout and reports of extra-judicial killings and arbitrary detention of civilians accused of being rebel sympathisers have fuelled resentment in the region, while throwing Abiy’s reformist credentials into question.

Though Abiy condemned Hudessa’s killing, the assasination brought grievances to the fore. Groups of Oromo youth – many carrying clubs, sticks, rocks, machetes, and knives – singled out members of other ethnic and religious minorities in gruesome attacks that appeared on social media only once a nationwide internet shutdown had been lifted.

In Addis Ababa, some residents formed self-defence groups, as explosions were reported in the city. And reporters documented hundreds of schools, houses, hotels, cars, and businesses burnt down or looted in some of the worst-affected towns.

OCHA’s Sajid said relief work across the country was suspended for almost two weeks because the roads out of Addis Ababa – all of which run through Oromia – were too dangerous to use. Access has now been restored, but Sajid described the situation as “volatile”.

The Ethiopian government told aid groups it would handle the humanitarian fallout of the violence alone – a move some aid officials told TNH was interpreted as an attempt to stop them from witnessing the destruction. The Ethiopian Red Cross and the government’s National Disaster Management Commission have since led efforts to help displaced people, but not all needs have been met.

“Our neighbours bring us food,” said the displaced person, who is living in a church compound with around 30 others in Dera, roughly 120 kilometres south of the capital. “Nobody, not our mayor or the government, has cared to visit or even contact us.”

Not for the first time, rights groups have accused Aiby’s government and the security forces of reverting to Ethiopia’s old authoritarian playbook as unrest mounts.

Scores of mostly Oromo civilians are believed to have been shot dead by soldiers during the protests, with six killed in the town of Ambo, according to a cousin of Hundessa, and 13 others in a different part of the region, according to local media.

Forty-three-year-old Aman Dube Ganamo was among those caught in the crackdown – gunned down outside his home on 4 July, according to his brother Shubee Adam, who said the farmer was not even involved in the protests.

“What danger did an innocent farmer and father of three children pose to a powerful military?” said Adam.

Thousands of people have been arrested in the past few weeks, most of them young Oromo imprisoned for having taken part in protests. “The government has resorted to the practice of pre-trial detention while collecting evidence to justify arrests,” Amnesty International’s Ethiopia researcher, Fisseha Tekle, told TNH.

“What danger did an innocent farmer and father of three children pose to a powerful military?”

High-profile opposition voices, including the influential Oromo nationalist and media baron Jawar Mohammed, are among those behind bars. Jawar is being held in solitary confinement, according to Tuli Bayissa, who is part of a consortium of lawyers defending detainees.

“We are yet to see evidence for what are very serious allegations,” said Bayissa.

Dawud Ibsa, the leader of the Oromo Liberation Front – a once-banned seperatist rebel group that returned from exile in 2018 with Abiy’s blessing – told TNH that his organisation was also attempting to establish the whereabouts of a number of party members who have been arrested.

And journalists from the Oromia Media Network (OMN) – an Oromo-centric independent news outlet that Jawar helped found – are also behind bars. The prime minister’s press secretary, Billene Seyoum, told TNH that the OMN had “incited violence” during the protests, though an IT technician and a driver were among those arrested.

“The ongoing crackdown has to stop,” said Ayantu Ayana, a PhD student at the University of California and commentator on Ethiopian affairs. “Detainees, including opposition figures must be released and brought to the table to assist in drafting a roadmap to democracy via elections.”

To prevent the spread of COVID-19, lawmakers opted to indefinitely postpone a general election scheduled for August and touted as Ethiopia’s first real shot at democracy.

Opposition groups wanted a caretaker administration to take over once the sitting government’s term ends, but Abiy’s mandate was extended by parliament in June in a decision that critics consider a power grab.

Tensions are running particularly high in the northern region of Tigray, where the Tigray People’s Liberation Front – once the dominant force in Ethiopian politics, but now politically isolated – said it will push ahead with its own regional elections.

“We will not forsake the people’s right to vote just to please a dictatorial clique in Addis Ababa,” the group said in a statement.

Increasing tensions could stir new conflicts and create yet more humanitarian needs in a country where aid organisations – more used to dealing with droughts and food insecurity – are already struggling to respond.

The UN’s humanitarian response plan for 2020 is just 30 percent funded, according to OCHA’s Sajid, who said this is the lowest it has been at this stage of the year for a decade.

A controversial initiative that saw the government coerce hundreds of thousands of displaced people into returning home by restricting the delivery of assistance in camps has slowed down as the number of people displaced by conflict has fallen – from three million last year to around 1.2 million currently.

But despite advocacy from humanitarian organisations who have requested a “moratorium” on mass movements to prevent the spread of COVID-19, sporadic return operations are still continuing, according to Sajid.

As for the 10,000 people displaced by the latest Oromia violence, Sajid said they will need much more than short-term food assistance and shelter. “They need long-term durable solutions,” he said. “They need their house to be rebuilt… and they need their livelihoods to be restored.”