Read about what we achieved.
HAWASSA, Ethiopia

Scrawled in big yellow letters on a road junction in Hawassa City are the provocative words “Sidama National Regional State”. It’s an aspiration at the moment, but a referendum this month will decide whether it becomes a reality and Sidama is recognised as federal Ethiopia’s new tenth region.

Sidama is currently referred to as a “zone”, akin to an administrative district. Its roughly four million people are bundled together with more than 40 other ethnic groups in the Southern Nations, Nationalities and People’s Region (SNNPR), Ethiopia’s most diverse.

But Sidama activists argue that as Ethiopia’s fifth largest ethnic group they deserve a region of their own. In July, they appeared prepared to unilaterally declare statehood, and at least 60 people died in clashes with security forces to push that demand – until a 20 November referendum date was finally agreed.

Long-suppressed ethnic tensions have come to the surface with the loosening of political controls begun by Prime Minister Ahmed Abiy, who last month won the Nobel Peace Prize. But as relations between communities and regions sour, some fear the forces released by the new liberalisation could lead to the break-up of Ethiopia.

Regional turmoil has already led to huge levels of displacement. Nearly three million people have been forced from their homes as a result of ethnic clashes over land, borders, and rights. Elections due in 2020 could add yet more fuel to an already combustible situation.

Samuel*, who works in the garment industry in Hawassa, sees a major benefit in Sidama having its own regional budget. “If you go to the rural areas… it hasn’t been developed,” he told The New Humanitarian. “This will be important for employment, healthcare, roads.” 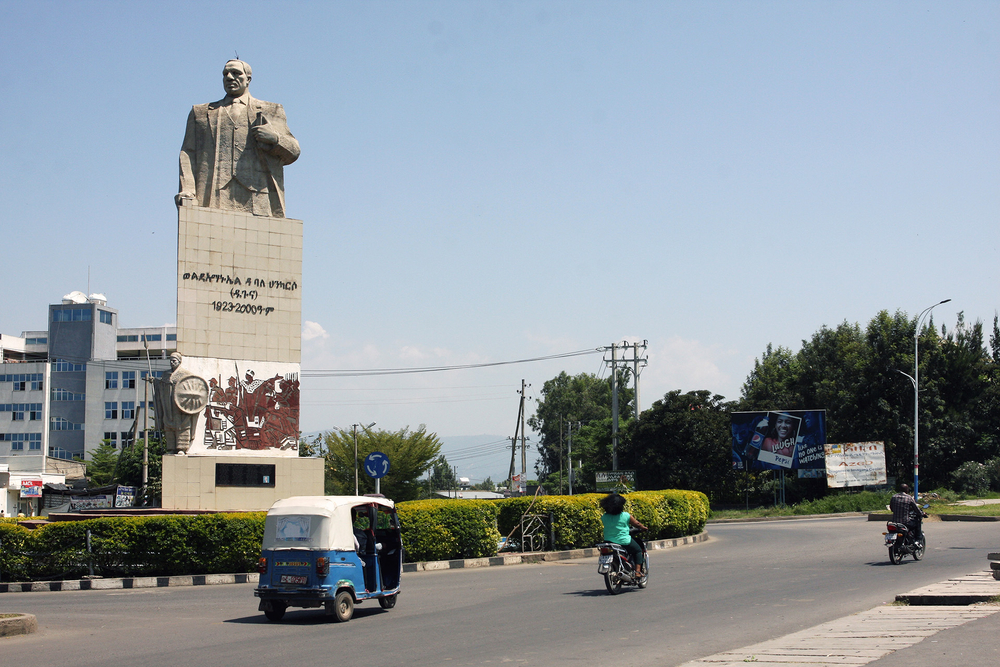 But similar ambitions are bubbling in the rest of the SNNPR, with some 10 other ethnic groups seeking statehood, splintering the multi-ethnic southern region into potentially competing pockets of identity politics.

Cosmopolitan Hawassa currently serves as both the capital of the Sidama zone and the SNNPR. If Sidama wins statehood, its future will be unclear – it could either become the new Sidama region capital or it might exist as a federal city state like the Ethiopian capital, Addis Ababa, which sits in the Oromia region of the Oromo.

Non-Sidama residents fear that should Hawassa become the new regional capital they will be marginalised and discrimination will force them to leave – especially if the Sidamic language, which many inhabitants cannot speak, becomes the city’s official language.

“We feel like we are hostages in our own city.”

Others are concerned the economic decline of the past two years will continue, and business and investment will up sticks and leave for other cities.

“We feel like we are hostages in our own city,” Elias*, a non-Sidama Hawassa resident, told TNH. “We’re surrounded by Sidama.”

He said non-Sidama are wary of going to parts of the city with a majority Sidama population, explaining that some non-Sidama were burned and stoned to death by mobs when violence broke out in July and spread to other towns in the Sidama zone.

“The killing style was beyond imagining,” said Elias – a reference to its brutality.

The Sidama conundrum is a microcosm of the nationwide dilemma Ethiopia faces in maintaining its integrity as a nation state based on ethnic federalism. Observers note the strong parallels with Yugoslavia in the 1990s, where the federal state broke up over similar tensions – with terrible humanitarian consequences.

The ruling Ethiopian People’s Democratic Revolutionary Front (EPRDF) carved the country into nine federated units based on the major ethnic or language groups.

The constitution, introduced in 1994, ascribes broad rights of “self-determination” to all groups, including the ability to secede from the arrangement if they feel their rights are being infringed.

The Sidama people have repeatedly called for their own region based on that guarantee, while pointing out that the country’s smallest region, Harari, has less than 200,000 people – around five percent the size of the Sidama population.

“The Sidama are demanding a region by using the constitution, which other groups may also use to try and enhance their autonomy,” William Davison, International Crisis Group’s senior analyst for Ethiopia, told TNH.

“But this comes at a time when emboldened opponents of ethnic federalism are calling for an end to the system and Prime Minister Abiy appears to be trying to shift the country away from ethnic politics.”

The argument is that citizenship is undermined by a constitution that “ethnicises” Ethiopia.

Among the Oromo, long-marginalised although the largest ethnic group, some activists want an independent Oromia to break away from Ethiopia.

In the latest round of violence, 86 people died in clashes in Addis Ababa and Oromia after media mogul and Oromo nationalist Jawar Mohammed accused the government of withdrawing his security detail and planning an attack against him.

Youths chanted against Abiy, an Oromo himself, and whose rise to power last April was helped by Mohammed’s campaigning. More than 400 people were arrested, the government said last week.

The northern Amhara region is also witnessing growing nationalism. The killing in June of the regional governor and his adviser – and then the assassination in Addis Ababa of Ethiopia's army chief – was labelled by the government as an attempted regional coup.

And there has long been talk of an independent Tigray, especially as the region – which has been the power behind the EPRDF – has felt marginalised under Abiy, alleging that he deliberately scapegoats the Tigrayan elite for the country’s problems.

“Ethiopia could disintegrate,” warned Addis Ababa-based political blogger Befekadu Haile. “It is a political entity made by people, so if it was made by people, it can be destroyed by people. Ethnic nationalists are more powerful now than they have ever been.”

With a heavy presence of red-bereted soldiers in Hawassa patrolling a city whose streets empty by 9pm, residents hope the referendum will pass peacefully. But the threat of violence has not been dispelled entirely.

“Before two years ago, the Sidama people were living with us in love and peace,” said 26-year-old Tamifayehu, an ethnic Gurage who grew up with Sidama friends. “With the rise of the referendum issue, they have become more extreme and view other ethnic groups as enemies. I still talk to my Sidama friends, but they get emotional, and they insist on talking in Sidamic and not Amharic [Ethiopia’s lingua franca].”

Tamifayehu’s family had to relocate to Hawassa after being forced out of Yirga Alem, 52 kilometres to the south, when their house and car were burned by a Sidama mob.

“This violence has been created by unknown people, not by the Sidama,” countered Samuel, the garment industry worker. “It will be good to have independence – the constitution gives us the right.”

The friendship among three young men of mixed ethnicity TNH met living in a Sidama-majority part of Hawassa may offer a hopeful sign that the city can overcome the current tensions.

“I’m mixed Amhara and Gurage, but I think the Sidama should have their independence, and I will vote for them, as it’s about all people’s rights being respected,” said 30-year-old engineer, Girum.

His friend, 22-year-old Dagim, a student of mixed Sidama and Amharic heritage, agreed that the Sidama were asking the “right question” about independence but said the “way people have gone about it has been bad”.

Twenty-one-year-old Fitsum, another student, who is fully Sidama, said the July violence was not “intentional”, with people “pushed” by “groups financed by politicians to make trouble”.

A constant refrain among Hawassa residents, and among Ethiopians elsewhere, is that political agitators – both homegrown and in the Ethiopian diaspora – are taking advantage of the current instability for their own ends.

“Around the city the agitation has been spurred by the intellectual elites,” said a Hawassa University lecturer, who asked not to be named. “Their main motivation is to get political power so they can get economic power. It’s happening across the whole country now.”

(*Names have been changed as a precaution to protect people’s identities.)