A new school term began in Burkina Faso this month, but not for the many children living in areas affected by conflict – their education is on hold yet again.

The UN’s refugee agency, UNHCR, warned this month of an “unprecedented humanitarian emergency” in the West African country of roughly 20 million people, as al-Qaeda and so-called Islamic State-linked groups – who are opposed to secular education – step up attacks.

The spiralling unrest has displaced some 267,000 people since July alone – and half a million overall. All of Burkina Faso’s 13 regions are now hosting people who have fled the violence, which UN agencies said is “devastating” the country's agriculture and rural economy, and leaving children with life-threatening malnutrition.

The impact has been particularly severe on the already weak education system, with more than 2,000 schools forced to close by the end of the last academic year and 330,000 students out of class, according to UNICEF.

Some schools have been set alight by jihadists, whose threats have forced teachers into hiding and convinced many parents that their children are better off staying at home.

In communities hosting displaced children, some schools are now overflowing with pupils, aid workers said; others have turned into displacement sites for thousands of uprooted families, forcing them to temporarily close.

A similar pattern is unfolding across West Africa’s Sahel region, which is increasingly the target of jihadist groups as they lose ground in their Middle Eastern strongholds. Alongside Burkina Faso, Mali and Niger have witnessed a six-fold increase in school closures in the past two years.

Burkina Faso’s Ministry of National Education, Literacy, and Promotion of National Languages (MENAPLN) is seeking to reopen and reconstruct schools where it can, while aid groups are offering alternatives to formal education such as radio programmes where lessons are broadcast over the airways. 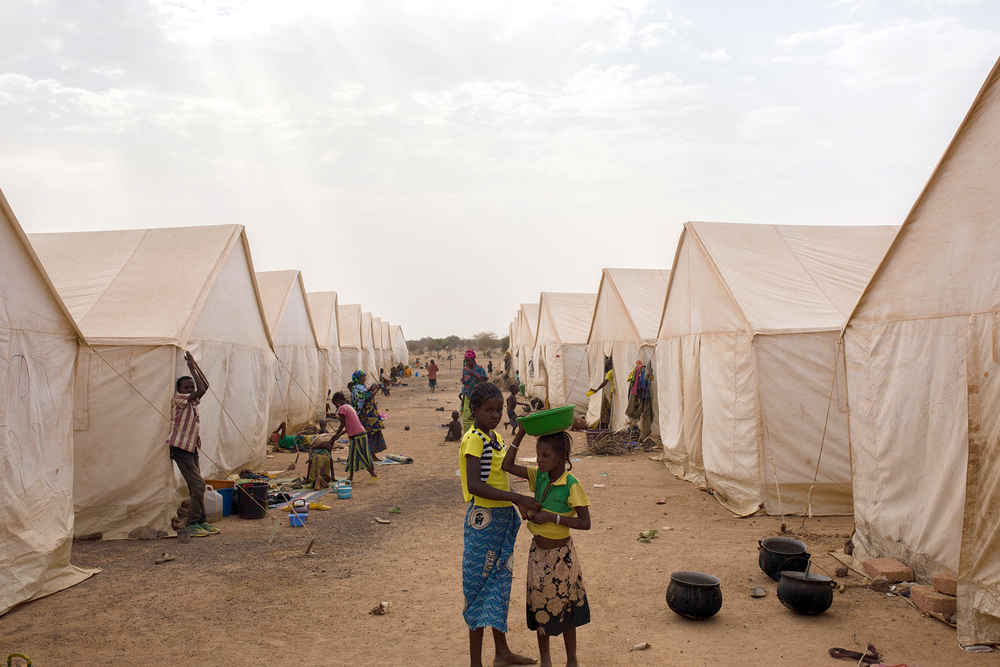 But their efforts are being undermined by the militants, who have extended their presence to roughly one third of Burkina Faso and have turned classrooms into part of the daily battleground – alongside soldiers, religious figures, and others who challenge their authority.

As schools close, it’s not just children impacted but “the whole country’s development”, said one teacher from the conflict-hit north, who asked not to be named for fear of reprisals from the jihadists.

Burkina Faso had previously been spared the kind of violence that has affected other parts of Sahel. But the fall of former president Blaise Compaoré in a popular revolution in 2014 created a security vacuum that militant groups were quick to exploit.

After setting up in the country’s arid north, the groups expanded into eastern and southwestern Burkina Faso, where they now threaten the stability of neighbouring countries along West Africa’s coastline – Ghana, Benin, Togo, and Ivory Coast among them.

Their presence has torpedoed a years-long push by the government and aid agencies to boost school enrollment in the country, particularly among girls.

Significant progress had been made – especially in primary schools – but “now we are moving backwards”, said Anne Vincent, UNICEF’s representative in Burkina Faso. “It's a painful feeling to see all your efforts spoilt.”

Though schools are shutting for a number of reasons, many have closed following the killing of teachers or physical attacks on schools by jihadists.

On a visit to northern Burkina Faso in April, The New Humanitarian found one deserted primary school with upturned benches and soot marks snaking up the walls. On the blackboard, fragments of a grammar exercise – Alice and Cecil taking a trip to the cinema – were slowly fading away.

Months earlier, militants on motorbikes had tied the headmaster’s hands behind his back and set parts of the building on fire. Textbooks and pupil records went up in the blaze – alongside the students’ hope of completing the academic year. 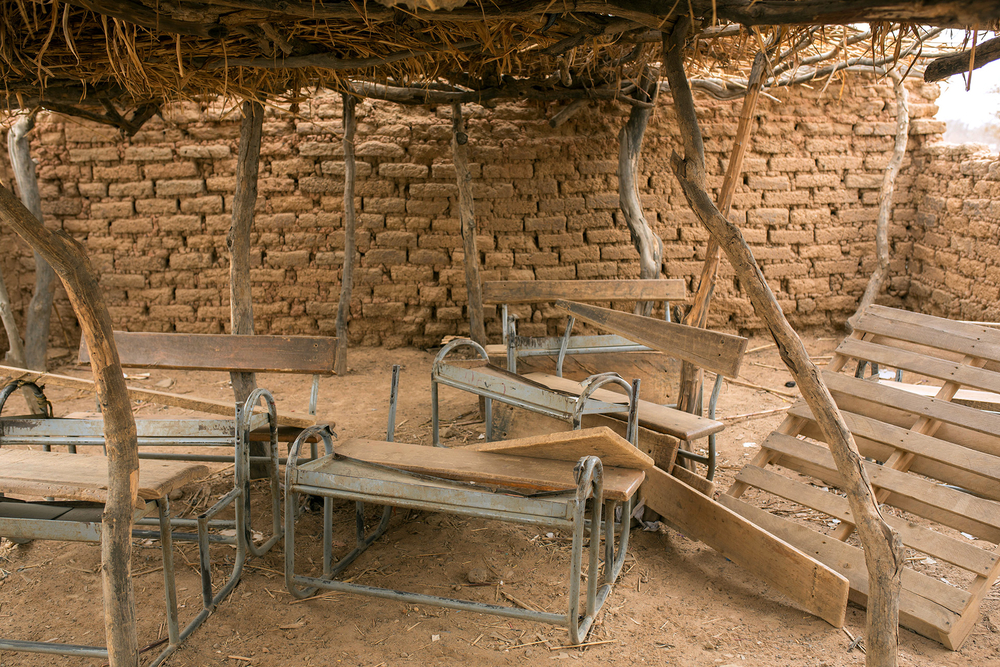 Philip Kleinfeld/TNH
A school in northern Burkina Faso is abandoned after an attack by jihadists.

“They told the headmaster he should be teaching in Arabic,” recalled a local teacher who asked not to be named. “They said French is not the language of Islam.”

Attacks like this have had a domino effect, forcing the closure of dozens of surrounding schools and creating a level a fear that means “even when schools are not occupied or destroyed, children are staying at home,” said Jean Claude Ndabananiye, a specialist at UNESCO’s International Institute for Educational Planning (IIEP), which is supporting MENAPLN.

To help those in key exam years catch up on missed months, the government and aid agencies have twice grouped together thousands of pupils from the north in schools in safer areas over the summer holiday period.

Though many have passed their exams this way, the logistics of the operation is becoming less feasible as the number of students out of school rises, and there are fears the sites may end up being targeted by jihadists.

“We won't do it forever,” said Vincent.

In February, MENAPLN adopted a five-year strategy for educating children in high-risk areas, though the plans will need updating since the latest spike in displacement, Ndabananiye said.

Ndabananiye said the ministry is also considering psychosocial support for teachers working in insecure areas and a bonus payment known as a prime de risque. Formal school subjects could also be introduced into Koranic institutions, many of which remain open.

Where it remains too dangerous for children to attend class, alternatives to formal education have been set up, including a radio schooling initiative that broadcasts literacy and numeracy lessons over community airways. The broadcasts started last December, targeting more than 120,000 children.

“It will never replace school, but at least it keeps contact with the education system and the enthusiasm of children to learn,” said Vincent of UNICEF.

Out of school, some aid groups have expressed fear that children will be at risk of being radicalised and recruited into armed groups. But teachers interviewed by TNH in April after fleeing from the north said their pupils’ hunger for learning was as strong as ever.

One said he was receiving daily calls from his students “begging me to come back”; another said children went to school every morning to hoist the national flag up a rusty poll in the hope he and his fellow teachers might come to class.

“They stay for a few hours,” said the teacher. “Then they turn back home.”

With reporting support from Issa Napon