Tirog Seydou wants his government to do a better job at fighting the extremist groups that are plaguing his country and encroaching on his town. But the 42-year-old trader from Burkina Faso worries that a new scheme to provide civilians with weapons is no answer to the well-armed militants.

“It’s better to invest in the army than militia,” said Seydou, seated at a restaurant in Koupela, a town in the country’s Center-East region.

Passed by parliament in January, Burkina Faso’s new “Volunteers for the Defence of the Homeland” law is a response to a spike in violence that has forced more than 750,000 people to flee their homes – almost all since the beginning of last year – and overwhelmed the country’s ill-equipped and demoralised security forces.

The scheme will provide local volunteers with weapons and two weeks of training to combat the jihadists, who are linked to al-Qaeda and so-called Islamic State and have spread across the country – and the wider Sahel region.

Recruitment is just beginning, but the idea has drawn strong criticism from rights groups who fear amateurish local fighters might commit abuses against civilians during operations against the extremists, and potentially invite attacks by jihadists on communities where recruits assemble.

Researchers worry that the vigilantes will also exacerbate ethnic tensions with Burkina Faso’s marginalised Fulani community, who are often accused of joining and harbouring the militants and have been targeted by the Burkinabe army and existing local defence groups as a result.

Though some civilian groups are already banding together to defend themselves, interviews by The New Humanitarian with a dozen people in several towns and villages across Burkina Faso, suggests many people have not heard about the law and those that have are sceptical.

“So we join and fight terrorism and then what happens?” asked Ibrahim Diallo, a 27-year-old Koupela resident who said he needed more information before deciding whether to enlist.

TNH sent several questions to Burkina Faso’s ministry of defence asking how it will oversee and control the volunteers but received no response.

Struggling governments subcontracting militias to fight insurgents is not a new tactic in the wider region, though “more often than not the results have been disastrous”, said Ned Dalby, an analyst at the International Crisis Group.

In northeastern Nigeria, the so-called Civilian Joint Task Force has helped security forces manage the threat of Boko Haram – but CJTF members have been implicated in various rights abuses over the years.

“We’re entering a time of absolute chaos in Burkina.”

In Mali, a community militia known as Da Na Ambassagou is responsible for countless atrocities, while in Burkina Faso the mostly Mossi Koglweogo self-defence group has been accused of massacring Fulani civilians following jihadist attacks.

The new law includes measures to pre-empt rights abuses, including making volunteers complete a “morality investigation” survey in which they are asked questions about their attitudes, and communities can accept or reject them based on what they hear.

Volunteers must be a minimum of 18 years old and will receive two weeks of weapons, tactics and human rights training, while a demobilisation bonus at the end of the contract will help volunteers rebuild their lives once their service ends.

Read more → The Sahel in flames

Alexandra Lamarche, a senior advocate for West and Central Africa for Refugees International, questioned the accountability measures that will be put in place – particularly given the abuses committed by Burkinabe security forces.

“The government can barely provide thorough oversight of its own military, and now you’re going to throw in a bunch of random groups that have absolutely no training,” Lamarche said. “We’re entering a time of absolute chaos in Burkina.” 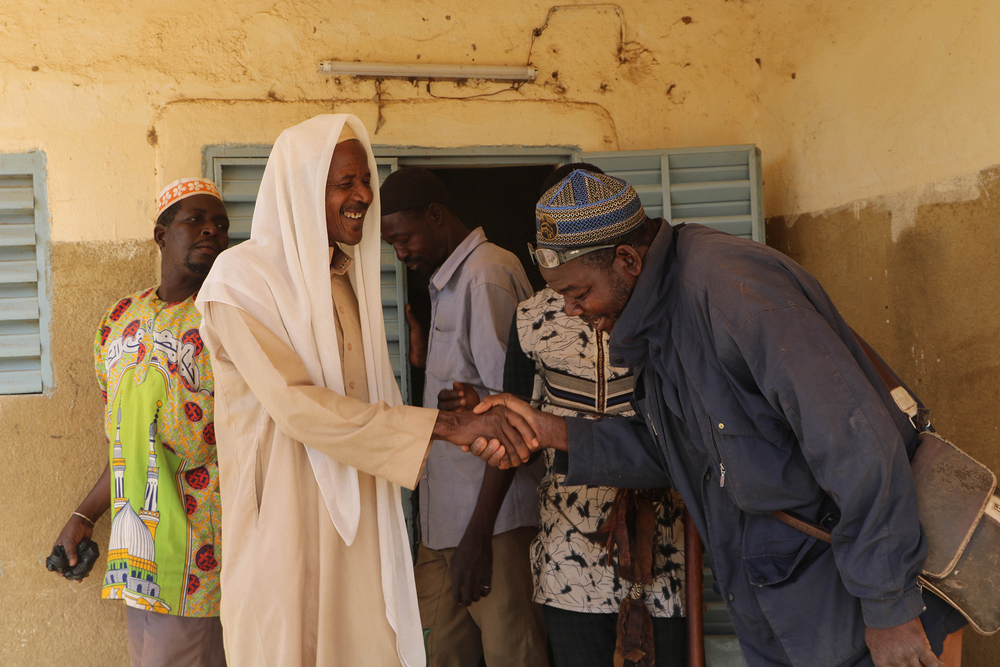 While recruitment hasn’t formally begun, some communities are already picking up arms in self-defence, according to an official in the security services who was not authorised to speak to the media.

Once the programme gets going, however, there is concern that arming volunteers could trigger large-scale attacks by jihadists on communities where volunteers are operating.

“Militant groups, Islamic State in the Greater Sahara in particular, appear to be pre-emptively targeting villages enrolling in the volunteer programme,” said Heni Nsaibia, a researcher at the Armed Conflict Location and Event Data Project, or ACLED, which collects and analyses conflict information.

Existing militias such as the Koglweogo – formed in response to the state’s inability to fight banditry but sucked into the conflict with the jihadists – have frequently targeted the community, as have national security forces.

“The terrorists have weapons. We’re using rifles and swords.”

There are concerns that civilian volunteers may hold similar grudges and, once armed, retaliate against the community.

“Seeing the situation with the Koglweogo I think it might be a chance for people to take revenge,” said Djidou Djibril, a member of Balai Citoyen, a civil society organisation.

How the Koglweogo will benefit from the new law remains to be seen. Though its fighters can technically join as individuals, the group – which has tens of thousands of members across the country – is not mentioned in the text and has yet to be formally recognised by the government.

Tracing his fingers over the inscription on his ancestral blade, Boureima Nadbanka, a Koglweogo chief who spoke to TNH, reiterated the group’s desire to be recognised and properly armed.

“The terrorists have weapons,” he said. “We’re using rifles and swords.”

Given the Koglweogo’s size and influence in Burkina Faso, there are concerns that excluding the group and recruiting new vigilantes could create competition and add an extra layer of violence to an already volatile context.

“Arming more young men in an environment where there’s already a lot of weapons and armed groups operating outside of the government’s control seems counterproductive,” said Flore Berger, a Sahel research analyst at the International Institute for Strategic Studies.

Others speculate that the government – and potentially rival politicians – may seek to instrumentalise the militias to bolster local power bases ahead of elections later this year.

Regardless of the government's motives for the law, terrified residents in Pooli – a village near Koupela – don’t feel the army is doing enough.

While the village has so far been spared from attacks, Salamanca Sawadogo, a 50-year-old mother to six children, said atrocities are happening all around them.

“People are being killed and slaughtered,” she said. “It’s good if there are more (armed defence) groups.” 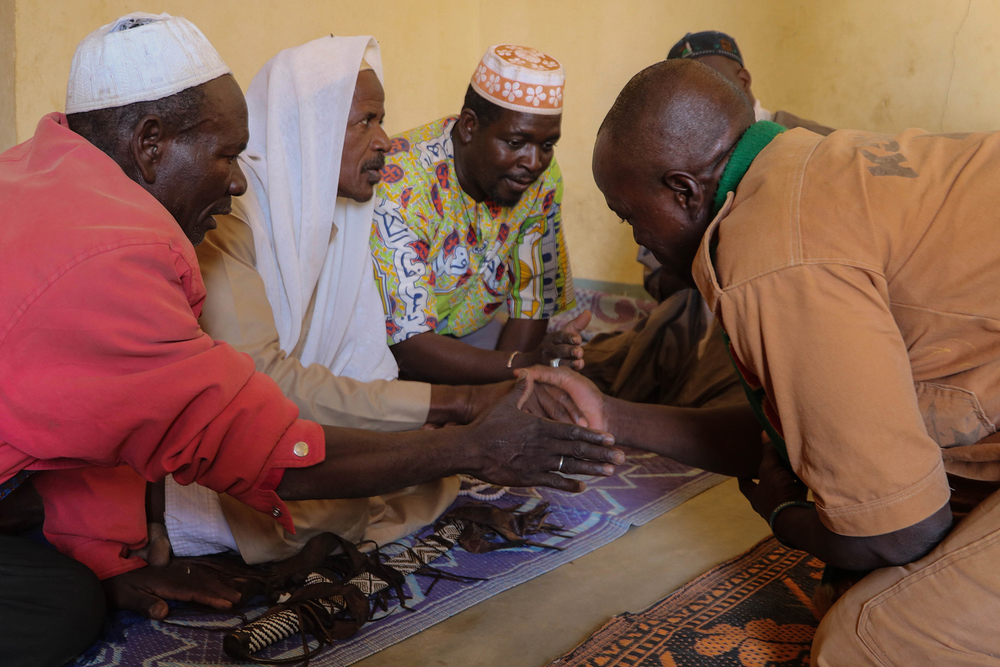 Community reactions to the law have been mixed.

Diallo, the Koupela resident, said there wasn’t enough clarity about what would happen to people once the state no longer needed them.

“It could be a big problem if you have all these people with weapons who know how to use them sitting around and not being paid,” he said.

But others trusted the government wouldn’t let things get out of hand.

“I’d fight for the security of the country,” said 44-year-old Eli Coulidiety, also from Koupela.

Villagers that are recruited will know each other well, he said, and can act as the army’s second hand.

“Terrorists will think twice before coming,” he added.