This article is part of our in-depth coverage. Read more like this...
Part of an in-depth series exploring the consequences for the urban poor as the rapid growth of African cities outpaces policy reform
KIBERA/NAIROBI

Kibera is the largest slum in Kenya, home to more than 250,000 people. Yet it has only one graveyard and only one group of people are buried here. While others are laid to rest in their ancestral lands up-country, the Nubians are the only ethnic group that considers Kibera their homeland.

A tiny community, Nubians were only officially recognised as a Kenyan ethnic group as recently as 2009, and for decades had been denied full citizenship rights.

Originally from Sudan, they were recruited by the British over a century ago to serve as colonial troops, and were rewarded for their service with land in what was then a remote area, miles away from the centre of Nairobi. They called it Kibra, the Nubian word for “forest”.

In a nation where ethnic identity and political power remain closely linked to land, Nubians’ exclusion from formal land tenure not only impeded their struggle for recognition but kept them powerless in the midst of land grabs as Nairobi urbanised.

Within a matter of decades, Nubians watched as their farms and once thick, dark forests transformed into one of the most well-known slums in Africa.

Now a wrong has finally been righted for the 13,000-strong community. In June, President Uhuru Kenyatta granted Nubians a communal land title deed for 288 acres in Kibera, a watershed moment in a long fight for rights to their land.

But this victory for one oppressed minority doesn’t resolve the broader challenges thrown up by Kenya’s rapid urbanisation and neglect of its informal settlements.

Multiple forms of marginalisation intersect in slums like Kibera, where residents lack access to the most basic of services, and reforms have repeatedly stalled.

Ahmed Adam, 75, is a member of the Kenya Council of Nubian Elders. His grandfather was among the original colonial King’s African Rifles regiment who first settled in Kibra, recognition by the British for their role in two world wars.

Even as a grandfather of 20 children, Adam has only a small, plaster-walled house on a slope of shanty-houses that overlooks the area where his childhood home once stood, across the now-foul river.

“There, life was good,” Adam said, reflecting on his childhood home. “Not like here where you can’t even breathe and there is dirt everywhere. Everyone lives close together. It smells… Our life here on our land is not good.”

In 1979, Adam was living in the house built by his grandfather decades before when he was given notice by the government to evacuate. After seven days, bulldozers arrived at dawn to demolish his home.

For every estate that was being built within Kibera – many in the name of “affordable housing” – Nubian families like Adam’s were evicted, without compensation or resettlement to this day. Nubians for years also faced discrimination in getting statutory documents like IDs.

“I have been actively fighting for these 288 acres for six good years, but I am not the first. I am the sixth generation,” explained Shafi Ali Hussein, chairman of the Nubian Rights Forum, a paralegal organisation based in Kibera.

The Kenyan government owns the land on which Kibera stands but for many years did not officially recognise the settlement. Kibera always seemed on the cusp of demolition, and as a result was deliberately and systematically denied public services like a permanent water supply.

Nubians were “squatters on our own land,” said Hussein. Not only did the Nubian community face chronic government neglect, they also had the particular misfortune of fighting for indigenous land rights within one of the fastest-growing cities in Africa.

Kibera became bloated with low-wage migrant workers sucked into the city looking for work. Today, the river running through the slum, black and foul, is barely distinguishable from surrounding plastic waste. But as recently as 30 years ago, its banks were lined with sugarcane, and the river even hosted a sailing club.

Land in Kibera, unregulated and thus tax-free, was illicitly acquired and developed by civil servants, businessmen, and even churches. As Nubians’ privileged military status became obsolete after independence and the arable land in Kibera shrank, their economic situation deteriorated.

They resorted to building low-income shacks and renting them out. To this day, rent is still the main – albeit precarious – source of income for many Nubian households. These are not absentee landlords: in most respects they share the same struggle as the slum dwellers they rent out to.

Kenya’s long-standing land grievances remain a contentious and emotive issue. Where political power is still heavily informed by ethnicity and belonging, the rhetoric of land disenfranchisement is a powerful tool for mobilising mass support.

It was what fuelled the post-election violence in 2007-2008, the worst ethnic clashes in the country’s history. Land reform became a priority as Kenya reworked its constitution in the aftermath of the unrest.

However, throughout Odinga’s two decades as an MP representing Kibera he was by no means on the Nubians’ side.

In fact, most Nubians consider him the greatest opponent to what they regard as land justice. They especially resent the influx of people from Odinga’s Luo ethnic base in western Kenya, allegedly to build himself a “vote reservoir” within Nairobi.

Odinga and his political allies have deliberately used Nubians’ status as landlords as a wedge issue to mobilise political support among tenants, in a community in which there are multiple political players.

Nubians have also opposed the low-income housing projects that activists have promoted as a means to support the urban poor. They regard them as the permanent settlement and development of others on their own land.

The pressure of urbanisation on settlements like Kibera is unrelenting. Just over 60 percent of urban households in Kenya live in slums, according to the World Bank. These poorly serviced informal shanties were meant to be temporary, but over time have become permanent homes. 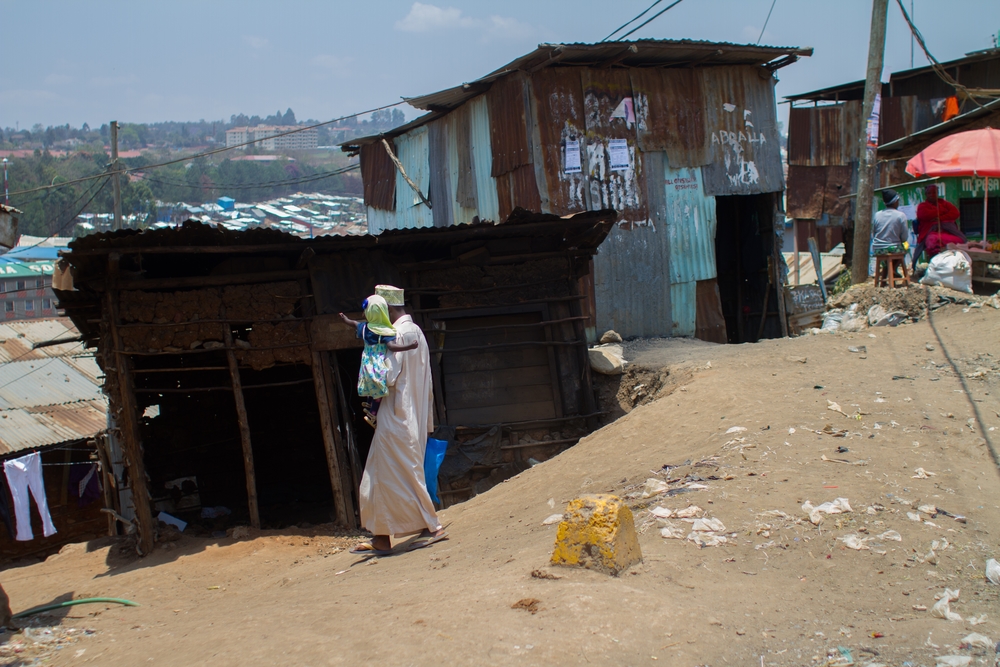 There have been high-profile attempts to improve living conditions in Kibera, like the Kenya Slum Upgrading Programme, a collaboration between the government and UN-Habitat that began in 2001 spearheaded by then-prime minister Odinga.

But the decanting site completed in 2008 – meant to temporarily house slum residents as their areas were redeveloped into modern high-rises – was left empty for over a year and then gentrified as poor coordination and legal opposition from prominent Kibera landlords stagnated progress and created an administrative void.

Today, many of the high-rises are rented out to other tenants by the intended beneficiaries, who have themselves moved back into the slums.

“They will become concrete slums before they’re even commissioned, because they’re not designed with the intention of creating homes,” said Sheikh Issa Abdulfaraj, chairman of the Kenya Nubian Council of Elders. “They are just dormitories for people working in industrial areas.”

Abdulfaraj highlights the important difference between the Nubian vision for a new and improved Kibera and the government’s top-down development plans.

Nubians want a better Kibera, but more importantly, their own Kibera – a motherland for the Kenyan Nubian diaspora.

“There is a difference between these mushrooming housing projects... and creating a metropolis which is a home and town for the Nubians,” said Abdulfaraj. “All those other people have their own reserves, up-country homes. The Nubians don’t have such things. This is all we have.”

Although some Nubian elders agitated for the land title to include the full 700 acres of Kibera, the final compromise gave 288 acres to the Nubians and left the rest under government ownership.

Consequently, Nubians continue to advocate against housing projects that establish permanent housing on their land, including a World Bank resettlement project that has introduced multi-story housing to resettle Kibera residents whose homes lie along the new railway corridor.

“Whatever the government does for them on their land is between them and the government,” said Hussein. “But the 288 is our portion.”

In his address to a delegation of the Nubian community in June 2017, Kenyatta promised to work with them to formalise Kibera’s infrastructure, including roads, sewage, water, and electricity, so that Kibera “will not be a tourist venue for people coming to see African poverty, but rather a place where the whole world can see how the poor man takes himself out of poverty to become a rich man.”

That is the hope for all who live in Kibera – that the government, alive to its responsibilities, will deliver on building a better community for everyone.