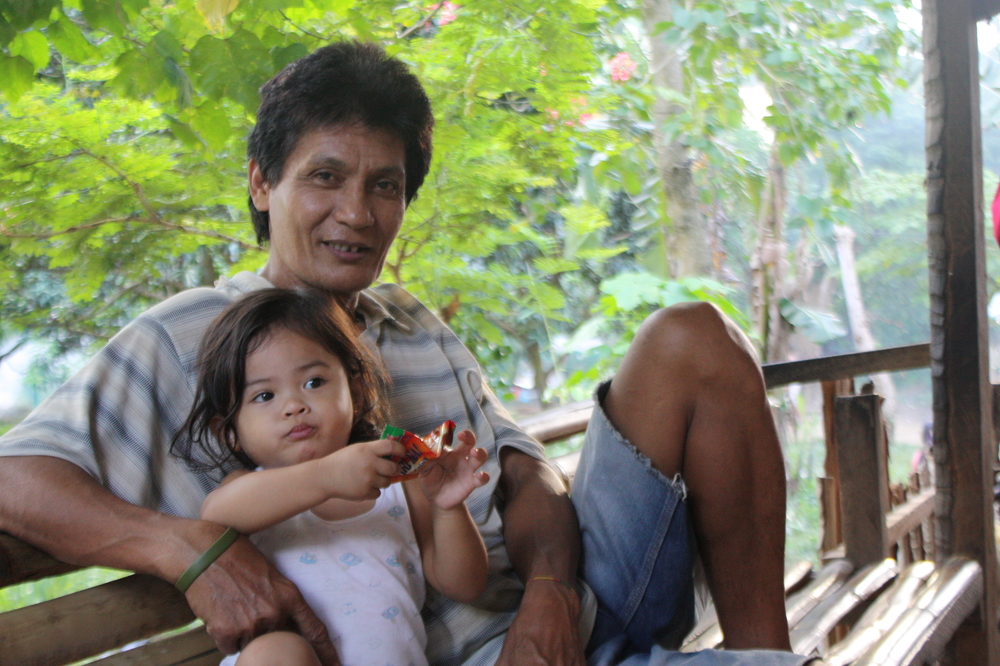 DAVAO, 6 March 2013 (IRIN) - When asked what resilience means, the head of city planning for the Philippines’ second largest city, Davao, said that for Filipinos it means how high floodwater reaches before they agree to be evacuated. “In our most recent flooding, that level was chest-high,” said Roberto Alabado III, referring to flooding in mid-January that affected thousands of city dwellers, most in slum areas, who refused evacuation until they were chest-deep in floodwater.

Davao is one of four cities the government has identified as being at high risk of climate-related hazards. It was near the path of the Category 5 (winds of at least 250km per hour) Typhoon Bopha that hit the southern island of Mindanao in early December, leading to some 2,000 people dead or missing.

“It’s scary,” admitted Alabado. “Can we handle everything? We haven’t solved [all our] problems from the past 20 years - including sanitation - and now we have to think about [climate-related] problems for the next 20 years.”

Most of the city’s disaster initiatives have been on the response side, boosting the city’s reputation as among the strongest nationwide in emergency response (it opened a “911” integrated emergency response service in 2002, patterned after the US hotline), but officials have since realized the city needs also to prevent, adapt to and, if possible, avoid, climate-related disasters, he added.

“Awareness is not enough,” said the World Food Programme’s (WFP) country representative, Stephen Anderson. “Local governments may have access to climate hazard maps for their areas, but some of them need additional training to interpret these maps, which could then guide them in planning for such hazards,” he told IRIN, explaining why WFP, along with the UN Human Settlements Programme, is helping to “climate-proof” four cities - Iloilo, Cagayan de Oro, Butuan and Davao - under a US-funded climate change adaptation programme that is helping city officials conduct vulnerability assessments and implement pilot projects based on identified climate threats.

A recent gathering convened by WFP of local officials to discuss what climate change meant for the city was not the most natural of meetings, said Alabado.

“Before I thought we would just need to integrate geo-hazard mapping into land use policies and consider it done. But now we see all sectors need policies to create a climate-change adaptive city. How vulnerable are health facilities? What is the risk of dengue and malaria outbreaks?” Anderson said.

“It’s a gigantic task,” Emmanuel Jaldon, officer in charge of the city’s Disaster Risk Reduction and Management office, told IRIN. “There’s been a bit of quarrelling over the best approaches to meet climate change.”

Canal dredging? Planting bamboo and rubber trees to prevent soil erosion? Resettling slum dwellers? Rehabilitating river banks? The city has considered and is acting on the above - with varied success.

In Matina Crossing, one of Davao’s 182 divisions (`barangays’), officials have failed to resettle residents from flood-prone areas (which constitute half the densely-packed division), even after flooding in 2011 that killed three in the community, and completely or partially damaged almost 12,000 homes.

Samuel Bodionga, a father of three, opted to stay, rather than move 20km away to a proposed relocation site. “It’s hard to live far from the city. I don’t want to spend money on transportation or be far from the market,” he said.

"They will gamble their lives and houses in floods. Repeated displacement from the known is still better than relocation to the unknown."

City risk assessments and hazard maps aside, the poor have their own risk assessments, said city planning head Alabado. “They will gamble their lives and houses in floods. Repeated displacement from the known is still better than relocation to the unknown... In the end, it’s about balancing [their] safety with property rights.”

In addition to figuring out how to make relocation more attractive, the city is reviewing its land use policy, last updated in 1996 and adopted in 2000.

Officials are also mapping how many of the city’s 1.6 million residents (official count, though unofficially the figure may be twice as much as they estimate) live in flood-prone areas, and will try to bolster urban agriculture starting in March.

The city invested US$2 million to fund a super-info hub, complete with trip-wire rigged cameras, to provide early warning for natural as well as manmade disasters.

For years it has been working with farmers to limit how much post-harvest waste they burn, promoting composting instead. In addition, farmers are encouraged to plant “cover” crops that increase soil fertility, and to plant bamboo, fruit and rubber trees to bolster river banks through cash-for-work programmes.

“We are looking for soft solutions,” said Alabado, referring to the search for ways to boost the city’s resilience to extreme weather, discourage development in flood-prone areas through zoning restrictions, and relocate residents from risky areas. “Hard solutions, like dykes, will just transfer the risk elsewhere.”

Multiple hazard indices rank Philippines one of the - if not the most - natural-hazard prone country worldwide. In the first 10 months of 2012, it had the second highest number of natural disasters (16, after China’s 18) worldwide and by year-end saw the deadliest disaster that year when Typhoon Bopha (known locally as Pablo) hit.