This article is part of our in-depth coverage. Read more like this...
Part of a special project exploring violent extremism in Nigeria and the Sahel
MAROUA

One of the main reasons Boko Haram has been able to gain a foothold and recruit thousands of young people in the Far North Region of Cameroon is its relative lack of development and employment opportunities.

Since Boko Haram began to launch attacks in northern Cameroon in 2014, more than 2,000 people have been killed and at least 155,000 forced to flee their homes.

While the Far North Region has always been poorer than most of the rest of the country, it until recently boasted a vibrant cross-border livestock trade and a burgeoning tourism industry. The onset of conflict led to the closure of the Nigerian border, slashed the price of cattle in half, scared tourists off, and, because of large-scale displacement, badly affected agricultural productivity.

The government’s failure to make good on promises to boost development as a way to deter people from joining the insurgency risks perpetuating instability in the north, experts say.

“People are disappointed,” a researcher at the University of Maroua, the main town in the Far North Region, told IRIN, referring to the glacial pace of change. He asked not to be identified by name for fear of repercussions resulting from criticising the government.

Aside from a few new classrooms, feasibility studies, surveys and some construction material for road projects, and the arrival in Maroua of several contractors, there’s little evidence of progress.

“Sometimes people just say things to calm things down,” the researcher said. “In the long term, this can only radicalise people – as they understand that the promises were just tricks – not necessarily to [join] Boko Haram but to oppose the government.”

Boko Haram had already established logistics bases and begun recruiting in the Far North Region in 2011, gathering “support among disaffected youth… through the use of ideological indoctrination, socio-economic incentives and coercion,” the International Crisis Group said in a report published last November.

While the government has enjoyed significant military successes against Boko Haram, “the weak point of Cameroon’s response remains the lack of commitment to development initiatives” as well as a lack of counter- and de-radicalisation programmes, the report said.

“Poverty, low levels of literacy and school attendance pushed people to join Boko Haram. They became easy prey. It was just a like a job for them,” Ariel Ngnitedem, an economist and lecturer at the University of Yaounde II Soa, told IRIN, adding that young will remain vulnerable to recruitment if the government fails to deliver.

“[The] government has been promising to offer more than Boko Haram,” Ngnitedem said. “If it fails, the youth will likely join any other radical groups that may emerge after Boko Haram is conquered. The youth fighting for Boko Haram have no political agenda.”

According to a recent evaluation conducted by a monitoring committee, local contractors in the Far North Region failed to deliver 50 construction projects awarded to them in 2016 and in the first quarter of 2017.

The follow-up committee, headed by a local MP, Zondol Hersesse, met in July and found that 80 percent of the projects scheduled for completion in the first quarter of 2017 had yet to be delivered. Some hadn’t been done at all or were poorly executed, while others had been completely abandoned.

According to a document prepared in 2016 by the Ministry of Economy, Planning and Regional Development, the far north’s Diamaré division had 15 undelivered projects, Mayo-Sava had 12, Mayo-Tsanaga nine, Mayo-Kani seven, Logone-et-Chari four, and Mayo-Danay three. These projects included rural electrification, building and maintenance of schools, rural roads, multimedia centres, hospitals, and infrastructure for other social amenities. 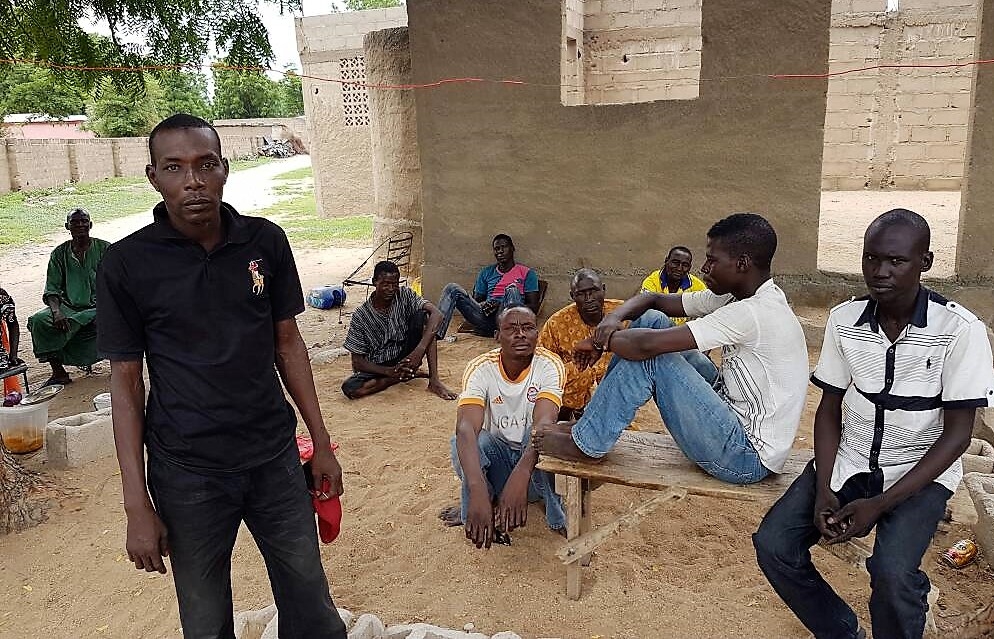 “They take public offices for banquets,” he said. “They are not accountable. Why do we have abandoned projects when the mayors are supposed to follow up public works?”

Another bone of contention, according to Hersesse, the MP on the monitoring committee, is that contracts worth a reported half trillion CFA francs ($900 million) have been awarded to Chadian companies on the grounds that local Cameroonian firms lack the requisite expertise.

“Those companies would return to Chad with money which would have been used to develop the economy of this region,” he said.

The committee’s report recommended setting up a capacity building workshop for contractors and mayors, and called on smaller local companies to join forces in order to be able to win and properly execute public contracts.

In his New Year’s Eve address to the nation, President Biya sounded triumphant.

“I can safely say that in 2016, this terrorist group was driven to the wall. There seems to be hope that this shady terrorist group may not recover from the setbacks it has suffered. However, there is a need to remain vigilant; the possibility of isolated suicide attacks, like that of December 25 cannot be ruled out,” he said.

It was therefore time, he added, to ramp up internal security, reconstruct, organise the return of displaced persons, and revive the local economy.

“To that end, the state will do its utmost, while counting on the dynamism of the people and support from development partners.” he said.

But since that speech, Boko Haram has carried out attacks, often using suicide bombers, almost on a daily basis. In one recent incident, on 24 August, some 16 people were killed in Gakara, a village near the Nigerian border.

Two days previously, nine people were killed and 11 injured in an attack on the town of Amchide.

While the government drags its feet over its development projects, outside agencies have been active in the far north, notably financing large-scale manual labour schemes for the construction of wells and minor rural roads.

Agencies involved in such projects include the UN Development Programme, the French Development Agency (AFD), and the German Corporation for International Cooperation (GIZ).

AFD, for example, works together with the Cameroonian government in 11 local council areas in the Far North Region to provide work for 1,000 marginalised people. One third of each participant’s salary is lodged in a savings account at a microfinance institution, allowing them to build up capital lost during the conflict.

Ten million euros from the EU’s Emergency Trust Fund aims to allow such schemes to expand and give work to 3,500 young people in the region.

“Employing the youth prevents them from getting into prostitution, stealing, and other bad things,” Ahmadou Yahyah, who runs a small tailor’s business in Maroua thanks to a GIZ-funded initiative, told IRIN. “Without a job, I could have become a burglar. Now I am busy. I can’t join Boko Haram or any gang.”