This article is part of our in-depth coverage. Read more like this...
GULU, Uganda

Uganda and the United States have ended a six-year hunt for elusive warlord Joseph Kony and his notorious Lord’s Resistance Army.

But calling off the mission, focused on Central African Republic, has left the commander of Ugandan forces in the country frustrated and advocacy groups concerned that the failure to “kill or capture” Kony could see the insurgency rebound.

Uganda began withdrawing its officially 2,500 troops from their base in eastern CAR last week. The pull out of 100 US special forces, who worked alongside the Ugandan soldiers, began today.

The mission, known as the African Union Regional Taskforce (AU-RT), was almost from the start a wholly Ugandan affair.

It was supposed to have been 5,000-strong, drawing troops from South Sudan, the Democratic Republic of the Congo and the CAR. But the neighbouring countries, with security problems of their own, either never deployed or quickly withdrew their contingents.

The task force failed to win donor funding, and Uganda ended up footing the bill. Since 2011, armed US special forces advisors have provided intelligence and logistics support.

Colonel Richard Otto is the commander of Uganda’s contingent in the CAR. At his divisional headquarters in Uganda’s northern city of Gulu, the amiable, decorated, former senior military intelligence officer, explained the difficulty of his three-year posting.

“In CAR, the area we are operating in is almost the size of Uganda. You can imagine [the vastness], and I don’t have enough troops,” he told IRIN.

The task force was drawn from all units of the Ugandan army, but may not have exceeded 1,500 men, according to media reports.

CAR has been the perfect hideaway for the LRA. It has been convulsed by violence since 2013, when a predominantly Muslim coalition of rebels known as the Séléka overthrew the government. The UN mission, MINUSCA, has been unable to end ongoing violence between Christian militia and the former Séléka.

“The armed forces of CAR are yet to be organised,” said Otto, who before his deployment in CAR served as chief operations planner with African Union forces in Somalia.

“Some of them are undergoing training by [the] UN [and the] European Union Training Mission, and they are not yet deployed in the eastern part of the country.” 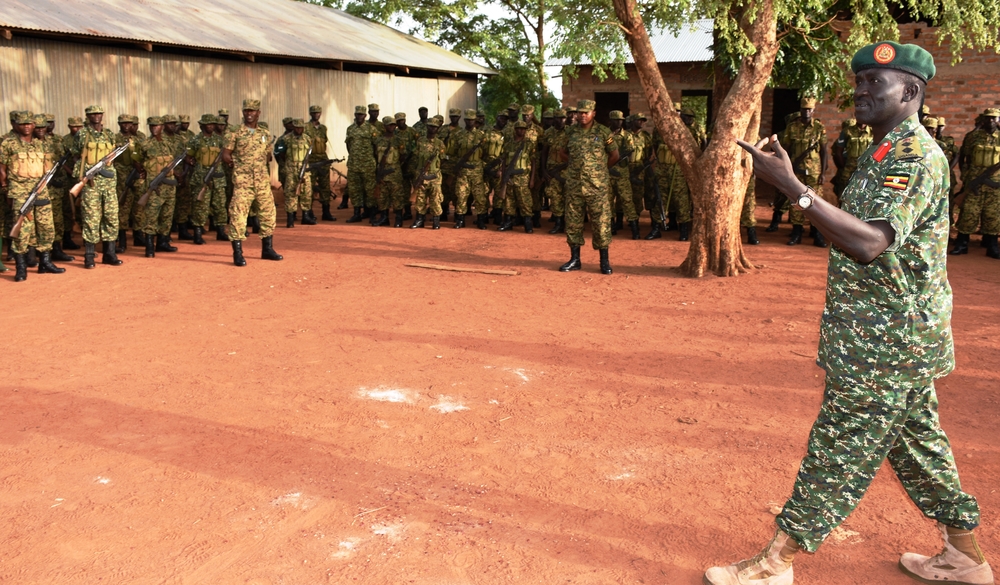 The lawlessness of the CAR has attracted not only “Séléka” from neighbouring Chad, but also the “Janjaweed” militia from Sudan’s Darfur region coming in to poach elephants, among other armed men.

“We have quite a number of armed groups,” said Otto. “So, when you encounter them in the jungle, sometimes it’s difficult to know whether you are fighting LRA or other [forces].”

But the Ugandan troops have recorded significant successes. Four key LRA commanders have been captured, and an insurgency of 2,000 fighters that terrorised a huge swathe of territory across central Africa has been sharply degraded.

The LRA, now believed to be down to less than 120 armed men, has splintered into small units operating in the remotest regions of eastern CAR, northeastern Congo, and Darfur.

“The enemy is permanently on the run,” said Otto, claiming that there had been a steady trickle of defections and that “over 1,000 civilians” that were abducted by the LRA had been rescued.

Kony, wanted by the International Criminal Court for war crimes and crimes against humanity, has a $5 million bounty on his head. He is believed to be hiding in the Kafia-Kingi enclave, a disputed border area between Sudan and South Sudan.

Khartoum is not a member of the regional task force and, as a historical supporter of the LRA, appears to have given Kony safe haven.

But, crucially, he no longer leads his men. “He has lost command, control, and communication,” said Otto. “For the first time, the LRA has factions. There is a group… who has decided to leave [the] LRA and operates on [its] own.”

“The LRA is disarray. The LRA has been completely disorganised with no central command. Kony is growing old and losing the grip on the soldiers,” Kilama told reporters at Uganda’s Entebbe airbase last week. The two men will receive a government amnesty.

The LRA’s apparent toothlesness has allowed the Ugandan army and the US Africa Command to trumpet Kony’s irrelevance as justification for their withdrawal from the hunt.

But Otto, an Acholi from northern Uganda, the original heartland of the LRA, acknowledges that the group remains a threat.

“The will to fight and attack the security forces is not there. However, they still remain a problem to the general population,” he told IRIN.

“They are involved in looting food, looting gold, diamonds, killing elephants in [Congo’s] Garamba national park and Zemongo national park in CAR,” he said. It is a revenue stream that could keep them armed for years. 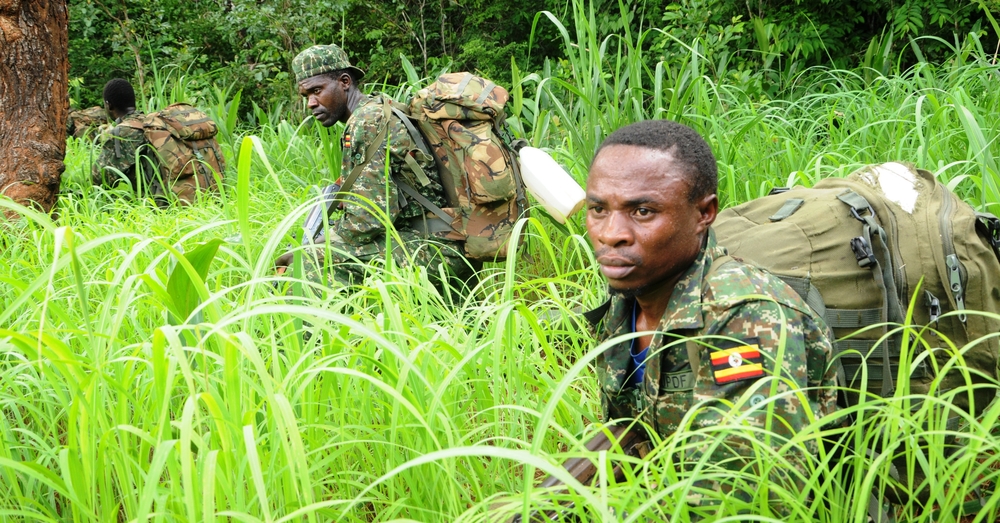 The LRA was responsible for 563 abductions in 171 attacks in 2016, according to the LRA Crisis Tracker, a monitoring group. It’s a drop from the 737 people kidnapped in 2015 in 222 attacks, but still significant.

As of 30 March this year, they are believed to have kidnapped 147 people in 43 incidents.

“Completely abandoning the mission will create security vacuums for already extremely vulnerable communities, particularly in the Central African Republic and northeastern DRC,” said Holly Dranginis, a senior analyst at the US-based Enough Project to End Genocide and Crimes Against Humanity.

“Leaving now will also dismantle key defection sites, leaving individuals with scarce options if they want to leave the LRA and reintegrate into civilian life,” she told IRIN.

Lino Owor Ogora, director of the Gulu-based Foundation for Justice and Development Initiatives, noted: “The LRA has always taken advantage of any lapses in combat to regroup and reorganise.

“People in northern Uganda have enjoyed peace for close to 10 years now, and the region is on a firm road to recovery. It would be unfortunate if the LRA returned because they were allowed too.”

There is also unease in CAR. On 16 April, civilians in Obbo town, which has been the tactical headquarters for Ugandan and US forces, demonstrated, calling for the troops to stay.

Otto, who spoke to IRIN last week, is now back in CAR finalising the return home of the last of his men.

But the Ugandan government has hinted that it will not step away altogether from an insurgency that began in Uganda almost three decades ago, and was then exported to its neighbours.

Richard Karemire, the military spokesman, said last week that Uganda could join the UN peacekeeping mission in CAR under a strengthened mandate to tackle the LRA.

He also suggested Uganda could support “capacity-building” of the CAR Armed Forces for “counter-LRA operations”.

Ogora, the head of the Gulu-based foundation, also favours a military option, drawing on the UN and regional armies to “neutralise” the LRA once and for all.

“Short of that, the LRA will continue roaming the jungles of Garamba at will, trading in ivory and arms, and abducting and killing civilians.”

But Phil Clark, a Great Lakes expert at SOAS, University of London, says the military option has been tried and has failed. “This requires a political solution, with amnesty at its core,” he told IRIN.

According to Dranginis, “the United States should continue supporting defection campaigns” as it has proved successful in “weakening the group and creating opportunities for fighters and abductees to leave.”

Demobilisation and reintegration is a complex process, she added, but it “can pay dividends for security in the region”.