Fast-modernising Mauritania presents itself as something of a showcase for how “to do” countering violent extremism, or CVE, in Africa.

Last year, the Sahelian country hosted a regional summit to discuss ways local communities could work with the authorities to confront radicalisation, an initiative warmly endorsed by the United States.

US Assistant Secretary of State Bisa Williams saluted Mauritania’s past record of success on CVE, and noted its strong reputation as a centre of Islamic learning whose scholars “are well-equipped to respond to assaults on the practice of Islam and espouse messages of peace”.

President Mohamed Ould Abdel Aziz has spoken confidently of Mauritania’s unique approach to tackling the challenge of “radical Islam” in a country that has been a self-styled Islamic republic since independence.

“De-radicalisation” has become the mantra – and the drop in radical violence over the last five years has been attributed to the Mauritanian way: a mix of a security clampdown that has driven extremists out of the country, and the softer approach of CVE.

Prison dialogues held in 2011 between extremist prisoners and senior Muslim moderates are portrayed as a pioneering initiative, offering an inspiring example to neighbouring countries like Mali and Niger, contending with similar problems.

Abdel Aziz is still making the case for dialogue. In his Ramadan address to the nation in June, he appealed once again to Mauritania’s oulémas, or theologians, “to do more to promote the values of tolerance and social solidarity” and to use their wisdom to reach out “to the partisans of extremism”.

In Mauritania’s case, “the partisans of extremism” are the men and women that have fallen victim to malign influences from outside, most notably the Algerian-led Salafist Group for Preaching and Combat (GSPC), which developed into al-Qaeda in the Islamic Maghreb (AQIM) in 2007.

There have been sporadic attacks in Mauritania since the mid-1980s, including raids on the French and Israeli embassies; the kidnapping and killing of Westerners; and gun battles between the security forces and militants in the centre of Nouakchott.

Was there a deal?

Documents seized from the US commando raid on Osama bin Laden’s compound in Pakistan, released earlier this year, suggest that AQIM was considering a truce with the Mauritanian government in 2010, which could be a reflection of the success of the security drive.

The terms of the possible deal were that, for a guaranteed $11 million to $22 million a year, Mauritania would be spared any kidnappings or other terrorist activity on its soil. In return, all AQIM prisoners would be released and the government would avoid “any hostile attack against the brothers from its territories”.

There is no evidence in the correspondence that the government agreed to the proposal. Mauritania has denied the authenticity of the documents and its jihadist detainees remain in prison, although there have been some spectacular escapes.

The main danger seems to be the export of extremism rather than domestic insurgency. No other country in the region produces as many high-ranking ideologues in the Sahelian jihadist movement as Mauritania.

Nevertheless, Islamist militancy has frequently been presented as an existential threat to Mauritania’s stability. As recently as June 2015, US analyst Michael Rubin asked in the US publication Commentary: “Will Mauritania be the New Terrorist Haven?” likening Mauritania to southern Libya and warning of “AQIM’s unfettered access to most of the country”.

Similar warnings were being issued more than 10 years ago, focusing particularly on the fragility of the Mauritanian state, its deteriorating economy, and the multiple frustrations of a younger generation susceptible to radical ideas.

"It is quite possible to mistake radical conservatism for terrorism"

But it is unclear how much support violent extremism has in the country: nor to what extent it is a reflection of opposition to a narrow political elite, dominated by the country’s Moors, who are of Arab descent.

Mauritania provided senior cadres to al-Qaeda and related movements well before the 2012 secessionist conflict in Mali. For example, Abu Hafs al-Mauritani was reputedly part of bin Laden’s inner circle, as a spiritual and political counsellor. Al-Mauritani was later imprisoned in Iran, transferred to Mauritania, and eventually released in July 2012.

During the conflict in Mali, Mauritanian nationals figured prominently among the Islamic guerrilla katibas, or brigades, battling the government. Hamada Ould Mohamed Kheirou became the founder of the Movement for Unity and Jihad in West Africa, one of AQIM’s main allies in northern Mali.

What research has been done on AQIM operatives in Mauritania suggests those most vulnerable to recruitment were marginalised young men, living on the urban periphery, sometimes with a background in petty crime.

The legacy of slavery also resonates. The state-backed religious establishment had resisted its abolition (it was only officially abolished in 2007) - an affront to both Afro Mauritanians, and the Haratins, the descendants of slaves. “The Islamists’ rise is the result of the failure of the autocratic Mauritanian elite to construct a cohesive nation state and to confront the country’s legacy of slavery,” argues researcher Sebastian Elischer. Thirteen anti-slavery campaigners were last week sentended to 15 years in prison.

Zekeria Ahmed Salem, a Mauritanian scholar, has looked closely at the relationship between state and Islam in Mauritania. Talking to IRIN in Nouakchott, Ahmed Salem stressed the dangers of over-simplifying trends and currents in Mauritania. “It is quite possible to mistake radical conservatism for terrorism,” he emphasised.

In Mauritania, notes academic, Armelle Choplin, “the central government has always had an ambiguous policy towards Islam in general and in particular Islamist movements”.

The government accepts the presence of an explicitly Islamist party, Tawassoul, as a legitimate actor. Tawassoul’s leader, Jemil Mansour, was incarcerated under the regime of Maaouya Ould Sid'Ahmed Ould Taya, who ruled from 1984 until his overthrow in 2005 and became obsessed about the Islamist threat in his later years.

The traditional Malikite form of Sunni Islam, promoted by the state, was under pressure. Through Saudi patronage, Wahhabist mosques had grown at a spectacular rate. Mauritania was producing preachers heavily influenced by the Muslim Brotherhood in Egypt. The multiparty system also brought religious actors into the political arena.

Ould Taya’s close ties to Washington and Mauritania’s hosting of an Israeli embassy were both heavily criticised. The government responded with strong clampdowns on mosques and preachers deemed dangerous, and made an attempt to outlaw non-Malikite teaching.

The terror card was played repeatedly, with dissidents crudely linked to GSPC. A botched and bloody coup attempt in June 2003 was portrayed as the work of Islamist extremists. The round-ups and mass arrests that followed undoubtedly helped fuel the recruitment of radicals in Nouakchott and elsewhere.

Abdel Aziz and the Salafists

Interviewed on the international chain TV 5 in November 2015, Abdel Aziz said Mauritania wanted to do right by “those who do not have blood on their hands”. 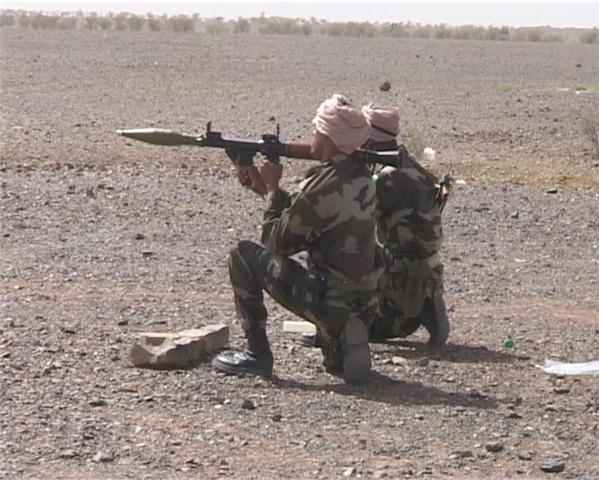 The prison-based dialogue programme initiated in January 2010, which has done much to boost Mauritania’s CVE credentials, was initially requested by the militant detainees.

It involved many of Mauritania’s most senior theologians and concluded in August 2010 with all but two of the 50 plus prisoners who agreed to be part of the process repenting and renouncing jihad as an acceptable choice for Muslims. In return, the state offered freedom and care packages for those leaving prison.

The state made it clear that convicted jihadists involved in episodes like the killing of four French tourists in Aleg in 2007 would not be released. Several of the detainees had already received death sentences, although no executions have been carried out in Mauritania in years.

But Mauritania’s remaining hardline prisoners have frequently pleaded for their release as well. Human rights activists have often warned of the prisoners’ poor conditions, the lack of information on their status, and arbitrary transfers from one prison to another without families being informed.

Lawyers have repeatedly complained of confessions being made under torture, and prisoners have regularly used hunger strikes to protest their treatment.

On taking office as an elected head of state in 2009, Abdel Aziz pledged that he would “spare no effort in attacking terrorism and its causes”, making it clear it was his predecessors that had let Mauritania down. In the official Mauritanian narrative on fighting extremism, Abdel Aziz won the war.

From June 2005 – and the killings of 15 Mauritanian soldiers by GSPC fighters in the northeast – until 2011, AQIM was active in Mauritania. But the episodes were too sporadic to suggest a sustained terror campaign.

However, the marked decline in violence on Mauritanian territory over the past five years has been attributed to a number of factors. These include a ferocious anti-terrorism law; better controls along the 2,200-kilometre frontier with Mali; more flexible security forces; improved regional intelligence sharing; and closer collaboration with allies, notably the US, in military training.

The US Africa Command has frequently saluted Mauritania’s military input. It was also Mauritania that kick-started the African Union-backed Nouakchott Process in 2013, bringing 11 states together to boost security cooperation.

But there are sceptics, and they point to the AQIM letter to bin Laden as evidence that Abdel Aziz has deliberately overplayed the domestic threat – conflating Islamic conservatism, which is a growing force, with jihadist intentions.

Mauritania is a country blessed with abundant natural resources, from iron ore to gas, and its fishing grounds are among the richest in the world. Most Mauritanians do not see that wealth: it has a literacy rate of 40 percent and suffers from endemic food insecurity.