Those trying to escape conflict and violence often only make headlines when they cross an international border and become refugees, but the majority of people forced to flee their homes seek refuge within the borders of their own country. They are “internally displaced persons,” or IDPs. By the end of 2014 there were 38 million of them, more than twice the number of refugees.

Today, the Internal Displacement Monitoring Centre (IDMC) released its annual overview of global trends. Here are the key figures and issues from its 99-page report:

• The principal message is that internal displacement is at an all-time high. Eleven million people were newly displaced in 2014, causing a 15 percent increase in the total number of IDPs compared to 2013. “Never in the last 10 years of IDMC’s global reporting, have we reported such a high estimate for the number of people newly displaced in a year,” the study said.

• The majority of new displacement (60 percent) occurred in five countries. Iraq topped the list with at least 2.2 million people fleeing areas that fell under the control of Islamic State. Heavy fighting displaced 1.3 million in South Sudan, while the conflict in Syria displaced a further 1.1 million, on top of 6.5 million already displaced. Violence in the Democratic Republic of Congo (DRC), mainly in the east, pushed one million people from their homes, and Boko Haram’s expansion in northeastern Nigeria displaced just under one million more.

• Unsurprisingly, the Middle East and North Africa region had the largest number of new IDPs. Its nearly 12 million now account for 31 percent of the global total. Syria has more than any other country in the world, while displacement in Iraq, Libya and Yemen is also on the rise. 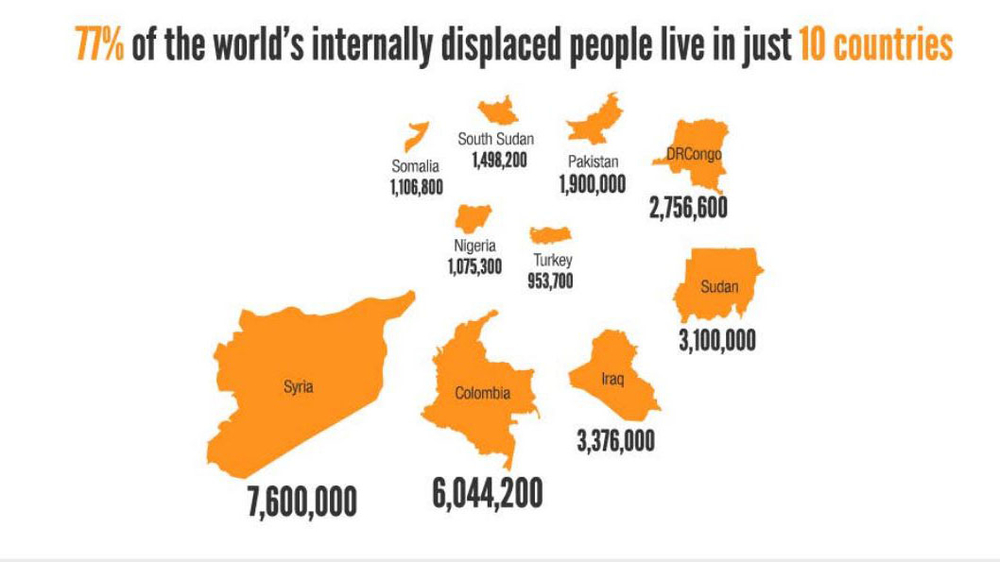 • A protracted conflict in Colombia has produced the majority of Latin America’s seven million IDPs, but new displacement took place in El Salvador, Guatemala, Honduras and Mexico due to people fleeing violence associated with the drug trade and gangs.

• The only region to show a small decline was Southeast Asia, thanks to fewer violent incidents in Myanmar and the Philippines, the countries with the largest concentrations of IDPs.

The Middle East saw the most internal displacement in 2014 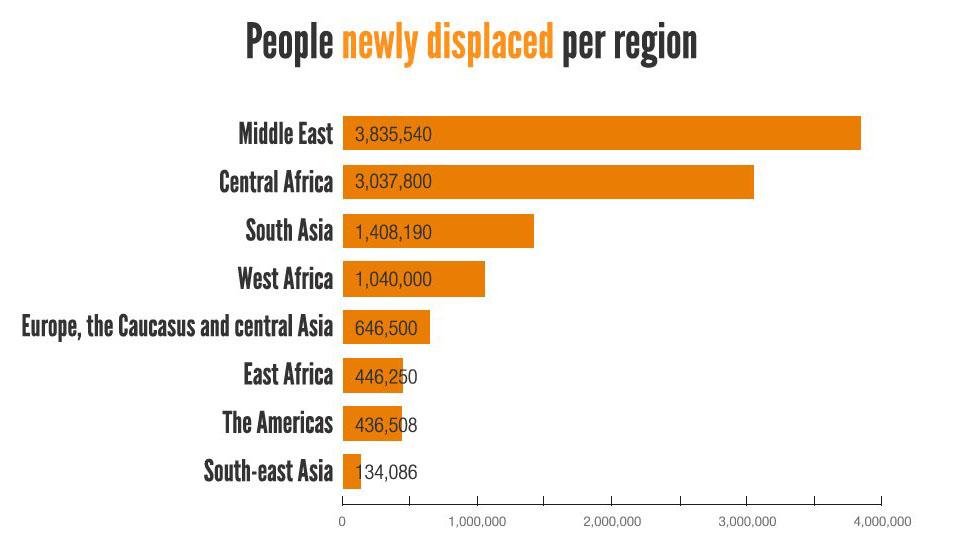 • Much of the new displacement is being driven by the emergence of non-state armed groups such as Islamic State in the Middle East, Boko Haram in West Africa, separatist forces in eastern Ukraine and criminal groups in Latin America. “Today’s armed conflicts put civilians in harm’s way as never before,” the report said.

• The cumulative number of IDPs keeps rising every year because so many people remain unable to return home, integrate in host communities or settle elsewhere, even after years of displacement. The longer they are displaced, the less help and attention they receive from donors, the media and the aid community and the more likely they are to have to flee multiple times.

• Women and children tend to flee first and be displaced for longer than men, who often stay behind to fight or protect the family home. Women and girls are also particularly vulnerable to the hardships stemming from displacement.

A family at an informal settlement for IDPs in Kabul 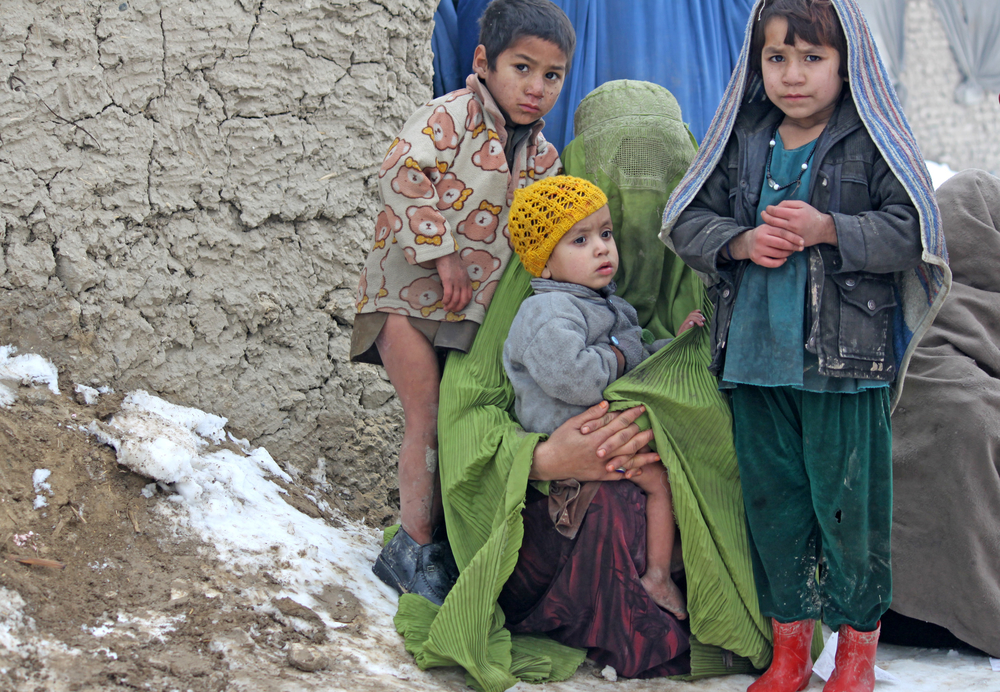 • The report probably understates the true scale of displacement because of difficulties and differences in the way data on IDPs is collected from country to country. Those living in camps and who can be more easily counted represent only a fraction of the displaced population. Most head for urban areas where they become largely invisible.