This article is part of our in-depth coverage. Read more like this...
Part of a special project exploring violent extremism in Nigeria and the Sahel
BAMAKO

In Mali, which has been wracked by violence and is prone to frequent and deadly jihadist attacks, the once unthinkable is now being asked by observers: is it time to negotiate with the extremists?

"Every analysis of the Malian crisis shows that a purely military solution is not possible,” said Ambroise Dakouo of the Alliance for Rebuilding Governance in Africa (ARGA), a think tank. “We cannot be dogmatic. We must be open to dialogue with these groups to find out if conciliation is possible. We must find out what they want and what we can concede.”

Waves of foreign soldiers, along with Malian government forces, have failed to eradicate the extremist groups that took control of the northern desert in 2012. Large tracts of territory remain lawless despite a 2015 peace deal intended to end the longer-term conflict that has pitted nomadic Tuaregs in the north against the government, based in the south.

The jihadists, who were not party to that accord, were ousted in 2013 from the northern towns they had captured. But their attacks continue to claim victims and are spreading to the centre of the country, affecting growing portions of the south. Just last week, militants disguised as UN peacekeepers attacked two bases in the ancient desert city of Timbuktu, in northern Mali, killing one peacekeeper and injuring dozens more. 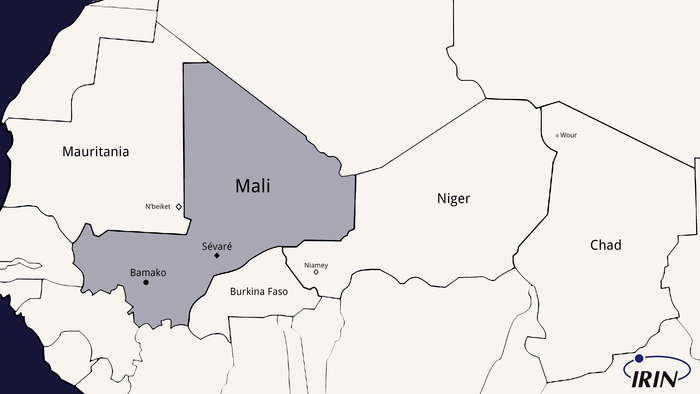 Read more: A dozen shades of khaki: counter-insurgency operations in the Sahel

But influential observers, including several key political and religious figures, have been stepping up their push for an entirely different strategy: negotiations with jihadist groups.

Tiébilé Dramé is one of them. He is a former foreign minister who helped negotiate the so-called Ouagadougou Accord, which enabled people in areas controlled by armed groups to vote in Mali’s 2013 presidential elections.

Ali Nouhoum Diallo, a former president of the national assembly, is another. And they are joined by Mahmoud Dicko, the president of the High Islamic Council of Mali and one of the country's most powerful clerics.

The idea of talking to extremist groups, ruled out so far by the government, has become less and less taboo. A recent opinion poll showed that a slim majority of Malians (55.8 percent) favour such negotiations. The poll by the Friedrich Ebert Foundation, conducted in November, tapped Malians in all the regional capitals as well as the District of Bamako.

The proposal of dialogue is not completely new. It was discussed during the 2017 Conference of National Understanding in Bamako. At the end of the discussions, the participants – about 300 representatives of government, the opposition, armed groups and civil society – called for open meetings to find out what the jihadists really want.

A year on, the idea appears to be gaining currency, but hard questions remain.

Who to talk to?

Iyad Ag Ghaly and Amadou Koufa are the two main extremist figures in Mali. After failing to become leader of the National Movement for the Liberation of Azawad (MNLA) – the first armed group to begin hostilities against the Malian army in 2012 – Ag Ghaly turned to radicalism and founded Ansar Dine, an al-Qaeda-linked group that sought to establish strict Islamic law in Mali. It operates essentially in the north.

Koufa, a Fulani preacher from the central Mopti Region, set up the jihadist Macina Liberation Front, which operates in the centre of the country, in 2015.

Last March, these two groups, along with the Saharan branch of Al-Qaeda in the Islamic Maghreb (AQIM), announced an alliance under the banner of Jamaat Nosrat al-Islam wal-Mouslimin (Group for the Support of Islam and Muslims, JNIM or GNIM).

According to Dakouo, of the ARGA think tank, one of the aims of dialogue with the extremists would be to isolate the foreign fighters within their ranks. “We would then have a clear idea of the positions of the jihadist movements that are Malian,’ he said. “Then we would also know that the other groups are not Malian, and that would let us know the true nature of our adversaries.”

This strategy could also help to end the victimisation of certain ethnic groups, such as the Fulani, often mistakenly assumed to be militant followers of Koufa. 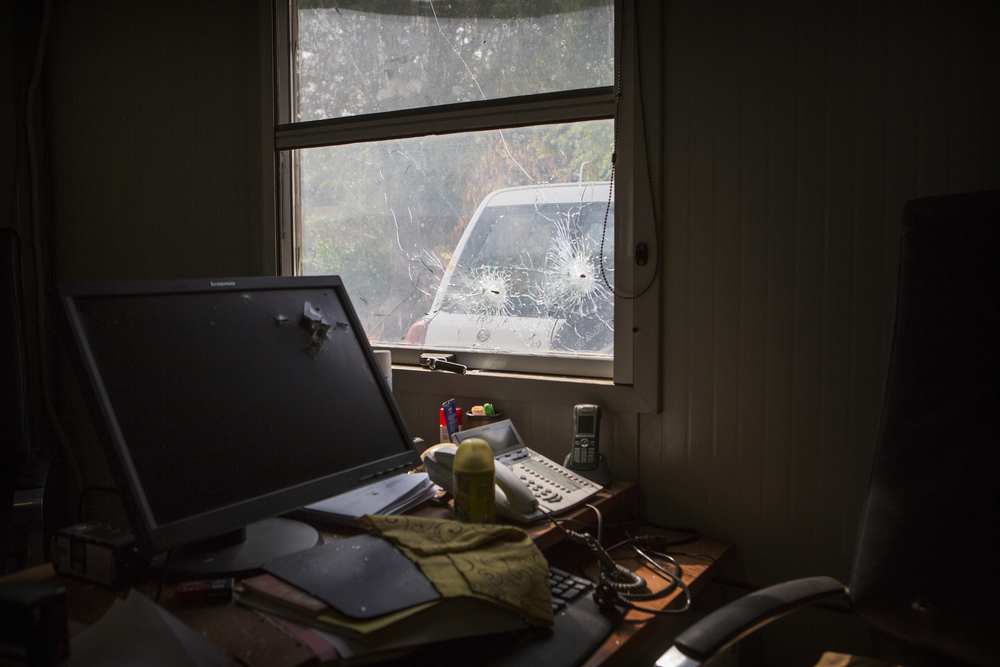 Sylvain Liechti/UN Photo
A scene from the UN peacekeepers’ camp after an attack by suspected jihadists in August.

In May 2017, emissaries of Koufa and Ag Ghaly reportedly approached Ali Nouhoum Diallo and Mahmoud Dicko, the former president of the national assembly and the influential cleric.

Dicko, the cleric, is well placed to act as an intermediary for these extremist leaders if such approaches are to be renewed, said Professor Kissima Gakou, a criminologist at the University of Bamako who specialises in security issues. “They recognise in him certain values that give him the benefit of the doubt and enable him to interact with them,” he said.

But Gakou believes the hardline ideology of the extremist groups means they are fundamentally opposed to dialogue. "The problem with jihadists is that they have maximalist (extreme) positions,” he said. “They know they have the power to fight to the last drop of blood... All they have is violence.”

Another obstacle to talks, according to Fahad Ag Mohamed, secretary-general of the pro-government Imghad and Allies Tuareg Self-Defence Group, or GATIA, is the structure of Mali’s extremist groups, which are allied with larger organisations in the wider Sahel region.

"You cannot negotiate with one without the approval of the others," he said. "If we have to talk with Amadou Koufa, he must have the consent of Iyad (Ag Ghaly), who needs the assent of (AQIM leader Abdel Malek) Droukdel.”

Ag Mohamed added that he didn’t think these larger groups would let their allies negotiate with the Malian government.

Introducing sharia law across Mali is the jihadists’ long-standing goal.

Discussions cannot include "sharia, the Islamisation of the country," said Adama Ben Diarra, a spokesman for the Waati Sera movement, which regularly organises demonstrations in support of the national army.

But ARGA’s Dakouo said the idea that entering into talks implied an acceptance of sharia was wrong and missed the point.

“Dialogue is a crisis-resolution mechanism," he said. The parameters must be the preservation of "the republican state, justice, and the principles of law".

The talks should aim to bring the extremist groups into the agreement for peace and reconciliation that was made with the Tuaregs, Dakouo said.

But Ag Mohamed, secretary-general of the pro-government group, said that particular scenario was impossible. "If you open a process with them, it will be a different process,” he said, referring to the extremists. “It has nothing to do with the agreement signed in 2015."

Some extremist groups are accused of serious human rights violations.

"Mali has adopted a national policy of transitional justice," Dakouo noted. He insisted mechanisms could be set up to allow human rights abuses to be handled while dialogue continued. He also stressed that the Malian government and its troops are also accused of violations. 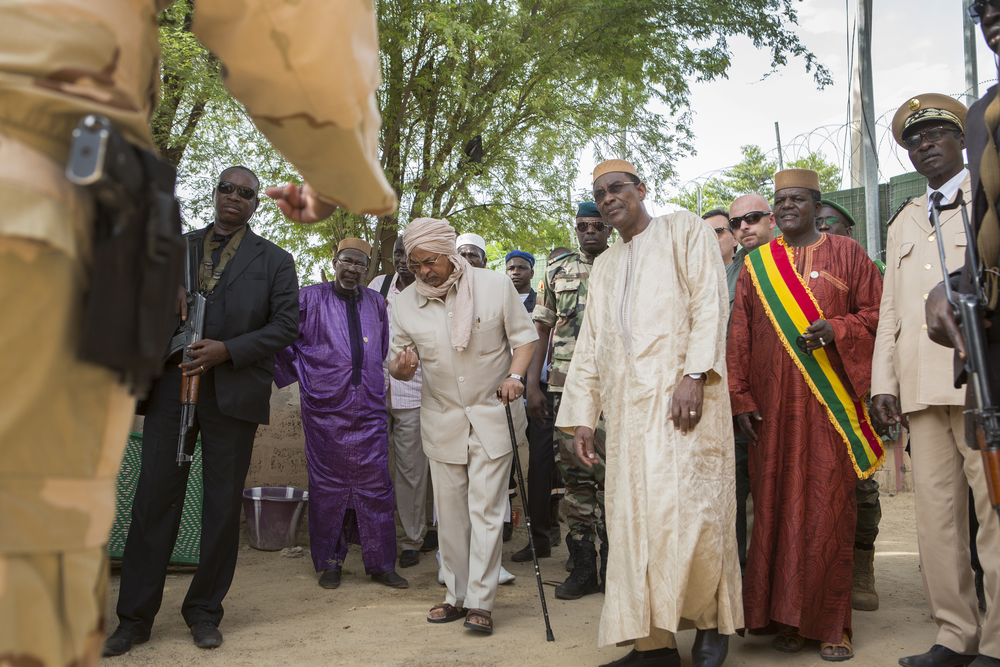 Sylvain Liechti/UN Photo
Mahamat Saleh Annadif (centre), Special Representative of the Secretary-General and Head of the UN peacekeepers in Mali, and Idrissa Maiga (centre right), Prime Minister of the Republic of Mali, visit a Timbuktu peacekeeper camp after an attack last year.

What about international allies?

Cross-border aspects of the Malian conflict are also a major consideration. France and the UN are already deeply involved in trying to sort out the country’s crisis, so it would be difficult for Bamako to go it alone by entering into unilateral talks with extremist groups.

"The issue goes well beyond Mali," said Gakou. "Mali cannot engage in dialogue before convincing all partners of the relevance of its approach. Otherwise, it's a lost cause."

The international players engaged in Mali have steadfastly refused to enter into negotiations with extremist groups.

“They are terrorists,” France’s then foreign minister Jean-Marc Ayrault said last year in response to the call by national conference to consider talking to the jihadists. “How do you negotiate with terrorists? This is a fight with no ambiguity.”

Dakouo, however, insisted that opening dialogue is a promising option – one given legitimacy by the fact attendees at the 2017 conference strongly supported the idea. The government, he said, just needs to "find the right arguments" if it decides to go down that road.

(Translated from the French by Rory Mulholland)