Last week, five young European volunteers were arrested on the Greek island of Lesvos and later charged with people smuggling. Is this part of an overly officious crackdown on groups that are just trying to help, or a timely effort to rein in an amateur rescue effort that amounts to a dangerous free-for-all?

Among those arrested was a Danish citizen called Salam Aldeen, the leader of a group of volunteers called Team Humanity. Aldeen arrived on Lesvos on 8 September, six days after the body of three-year-old Alan Kurdi washed up on a Turkish beach, a pivotal moment in the migration crisis that was captured on camera and led to a global outpouring of sympathy for refugees and an influx of volunteers and NGOs to the Greek islands.

The volunteers helped children and the elderly disembark from rubber rafts, warmed them with thermal blankets, and distributed food and water. But many did not register officially with local authorities, raising concerns that some did not have the necessary training or qualifications to be acting as first responders.

Initially, Aldeen and the other volunteers who formed Team Humanity mainly watched for boats and then helped them land safely and escorted people from the beaches to the camps. When autumn turned to winter and conditions became much more dangerous, migrants continued to attempt the crossing from Turkey. Team Humanity raised 30,000 euros in donations to buy a professional rescue boat so they could patrol the coast of Lesvos, responding to boats in distress.

"We've rescued as many as 700 people," a spokesman for the group, Ayman El Ghiouane, told IRIN. 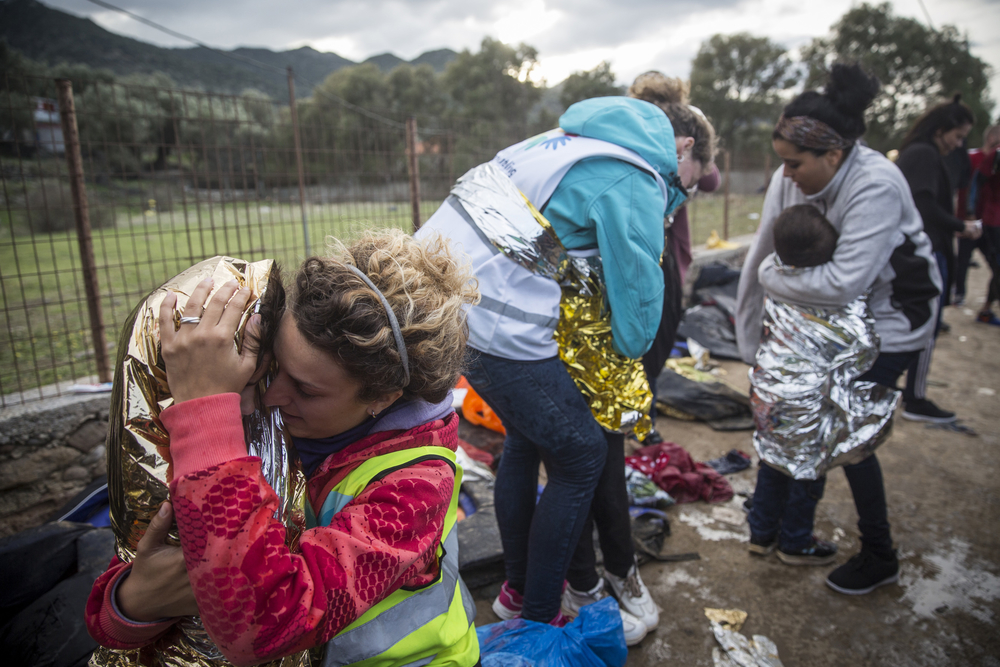 Aldeen and his teammate Mohammad Abbassi received a call on Thursday about a boat in distress. Aldeen said he notified the Greek coastguard, who told him they couldn’t respond without knowing the coordinates.

The Team Humanity volunteers took their boat out to look for the sinking boat. Before they found it, they were intercepted by the coastguard and later arrested on suspicion of people smuggling.

After spending three days in a crowded jail cell in Mytiline, the volunteers were released on bail of 5,000 euros each, with the exception of Aldeen, whose bail was set at 10,000 euros. He is now required to report weekly to the police until his trial, which may not be for months.

Not the only case

On the same day as Aldeen and his team were arrested, three Spanish rescue workers were also apprehended and jailed on similar charges.

"This is part of a growing number of incidents involving police action against volunteers in Greece," noted Human Rights Watch's Peter Bouckaert in a statement on Friday.

Greek police and Frontex, the EU’s border agency, started carrying out spot checks of volunteers and NGOs on the islands earlier this month to ensure that all were registered with municipal authorities and affiliated with a registered NGO. The goal of “restoring a sense of security” came amid reports that individuals had been posing as refugees in order to steal their belongings or the boats used by migrants to reach the islands.

On 11 January, seven volunteers on Lesvos were arrested for stealing lifejackets from a municipal dump. They told police they planned to use them to make mattresses for migrants, who often spend nights sleeping in tents directly on the cold ground.

Alison Thompson, a nurse from Australia and longtime volunteer in many parts of the world including Lesvos, said police had also recently started to prohibit the use of beacon lights to help direct migrant boats to safety. Even campfires or small solar lights are now prohibited, she told IRIN.

Getting the balance right

"The Greek authorities have the right to enforce Greek law and insist on professionalism – it is important that individuals doing dangerous work like open-water rescues or medical assistance are properly trained and certified," said Bouckaert. "But the work of volunteers on the Greek islands is of critical importance and saves lives."

Earlier on the same day they were arrested, the Team Humanity volunteers had been approached by coastguards while in the process of rescuing people from a sinking boat, including a child with symptoms of hypothermia. Finding everything in order they were sent on their way.

“The coastguard doctor later told us that if we hadn’t intervened, those people would have died. The child definitely would have died of hypothermia,” said Aldeen.

“Now, many people are going to die.” 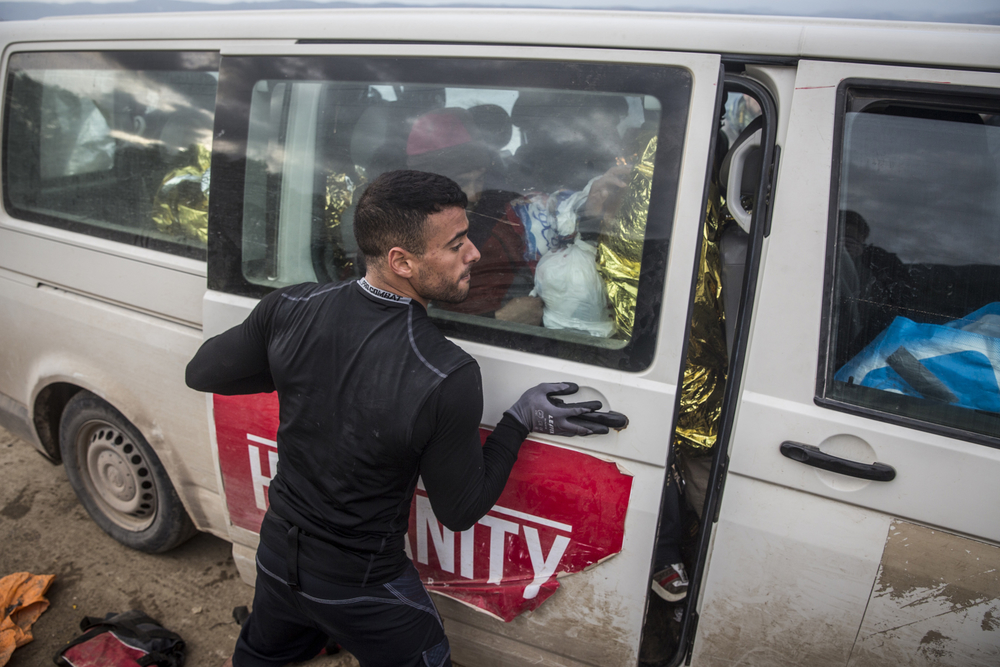 A spokeswoman on Lesvos for the UN’s refugee agency, UNHCR, defended the volunteer effort on the island, saying “the overwhelming generosity of various volunteer groups and individuals has been an integral part of… assistance to refugees”.

Responding to questions from IRIN, Aikaterini Kitidi added that police interventions “need to be properly justified and proportionate, conducted with respect to the rights of the individuals concerned.”

More than 850,000 people made the boat crossing from Turkey to Greece in 2015. Nearly 60 percent of the boat arrivals came via Lesvos which received as many as 6,000 migrants and refugees a day at the peak of the movement in October. Arrivals have remained high even in mid-winter with more 30,000 migrants and refugees taking boats to Greece in the first two weeks of 2016. The treacherous winter crossing has resulted in 77 deaths since the beginning of the year.