Floodwaters in Bangladesh have broken through riverbanks, submerged villages, and displaced more than 280,000 people over the last week. Photojournalist Zakir Hossain Chowdhury has been documenting the damage in hard-hit Kurigram District in northern Bangladesh, where heavy rains and water flowing from India’s Assam State have inundated entire villages.

Ahmed Mijan, a rural healthcare worker, said most of the people displaced in the area have few options as they wait for help.

“People are suffering a lot, especially pregnant and older women,” he said. “There is not enough medical support for them.”

While waters are receding in parts of India and Nepal, where dozens have died this month, downstream Bangladesh is expected to see at least another week of flooding, its government said.

Aid groups say more than 100,000 hectares of cropland have been damaged in Bangladesh alone; the contamination of water sources and crowded conditions for evacuees can also increase the spread of water-borne diseases. 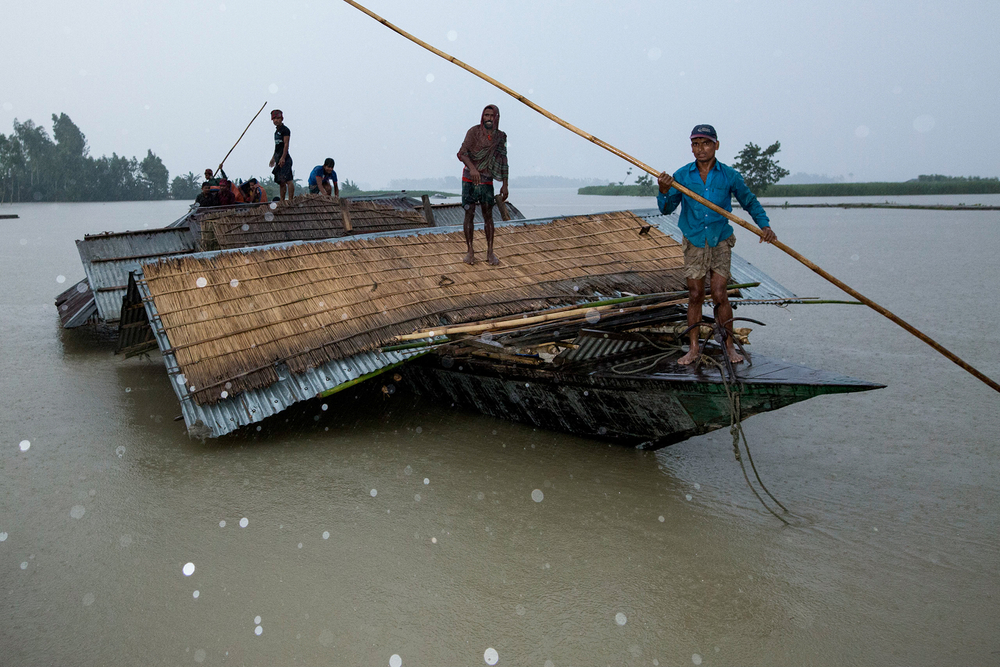 Men transport the remnants of their damaged homes by boat. The river areas of Kurigram District are prone to frequent flooding, but aid groups say the impacts of this year’s monsoon rains have been particularly heavy. 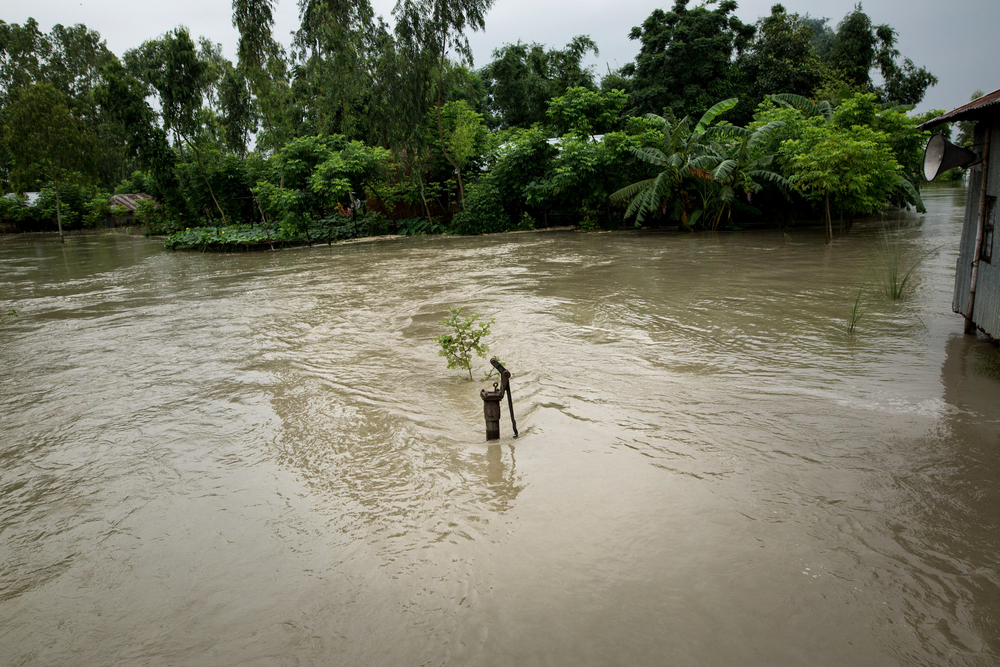 Floodwaters have nearly overtaken this tube well in a submerged village. Aid groups are warning of disease outbreaks caused by contaminated water sources and crowded conditions. 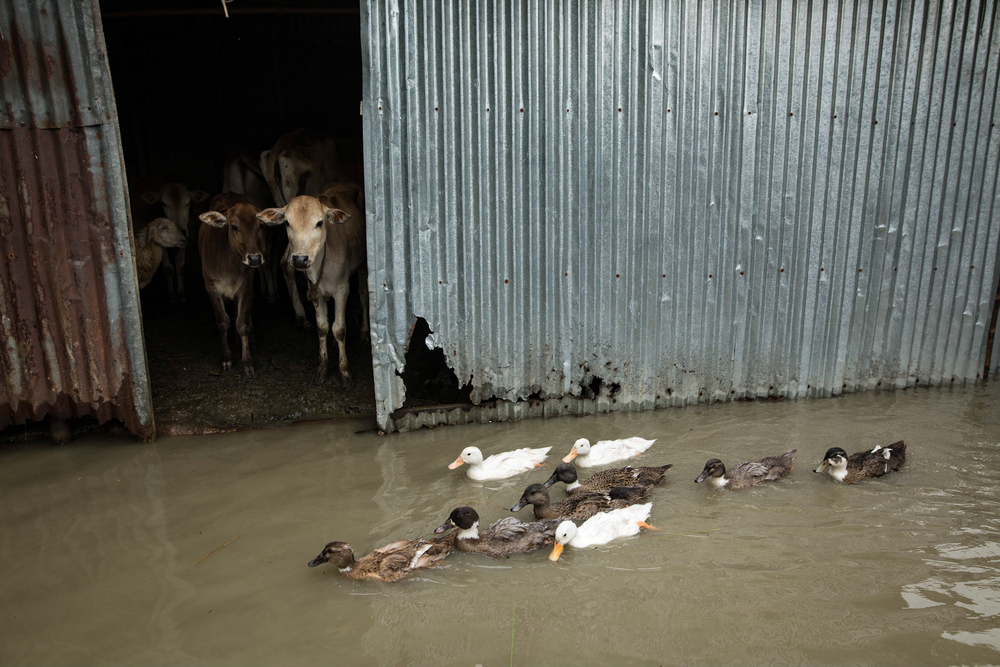 Cows stand in a shed while ducks swim past through muddy water. Aid groups say widespread destruction of cropland and livestock could have long-term impacts on food security. 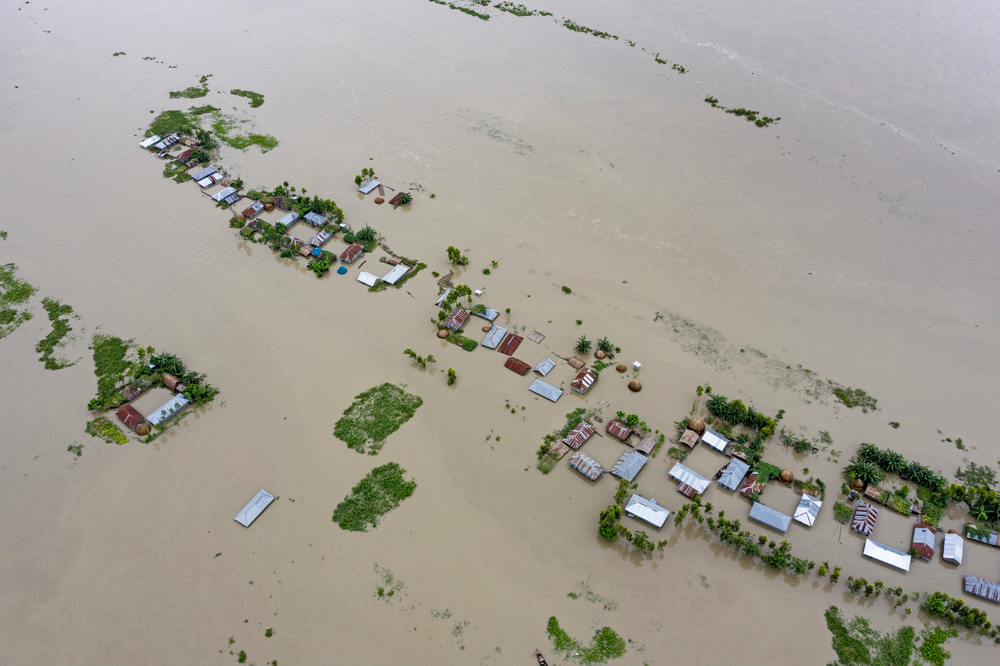 This drone image shows the extent of flooding in northern Bangladesh’s Kurigram District. 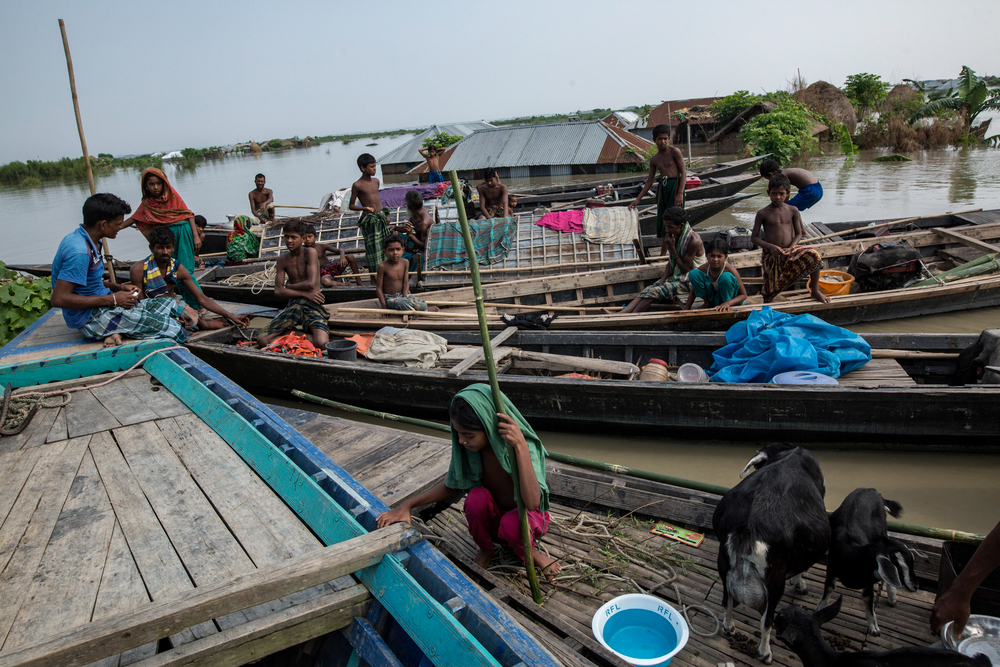 Uprooted from their homes, some families are taking shelter on boats during heavy floods in Kurigram District. 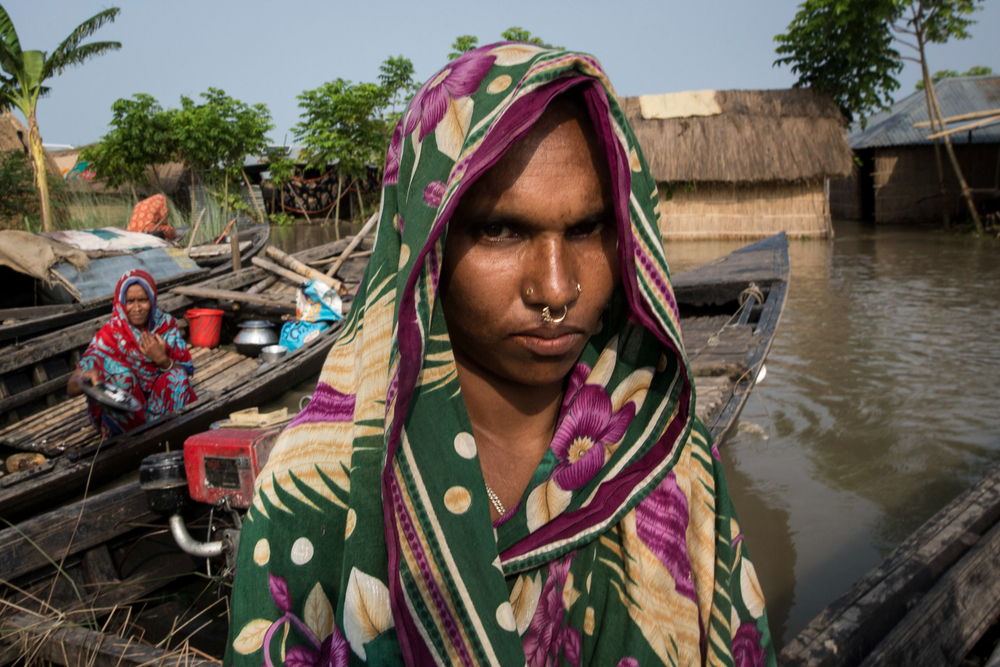 Rashida Begum, 35, said the rising floodwaters forced her family from their home and onto a small boat: “We’re now living in a risky situation,” she said. 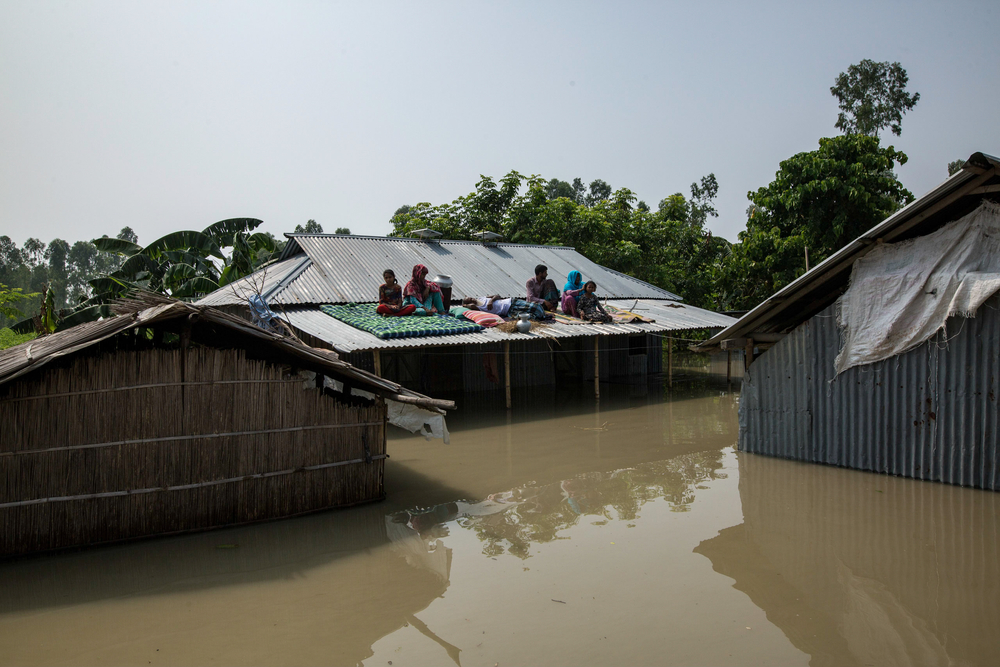 Members of this family have been living on their roof after floodwaters rushed into their home.

The UN said floods and landslides killed at least 90 people in Nepal, and some 12,000 households are displaced. Early estimates suggest about 50,000 water sources like tube wells may be contaminated. The UN said water-testing, water purification, and temporary latrines are among the priorities.

More than 140 people have reportedly died in the Indian states of Bihar and Assam. The government said flooding has improved in recent days, despite widespread damage to cropland and homes.

The Assam-based NGO, North-East Affected Area Development Society, said health risks are growing: local media reported that more than 100 people have died of Japanese encephalitis, though the outbreak, which had previously hit Bihar, started before the recent floods.

Floods are common during the June-October monsoon season in this part of South Asia, but the impacts on communities – millions are already affected and still at risk – are much larger than in most years, aid groups said.

“The floods this year are extreme, having affected millions of people in less than a fortnight,” said Kazi Amdadul Hoque, who works with Friendship NGO, a Bangladeshi aid organisation that operates in river and coastal areas of the country.

There could be further problems on the horizon: The UN said that heavy rainfall forecast for August could bring more floods and landslides to the region.

(TOP PHOTO: Ratna Begum holds on to a roof while standing in her submerged yard in flooded Kurigram District in northern Bangladesh.)