In May of this year, Darfuri rebels based in Libya barrelled across the border in some 160 vehicles, breaking through Sudanese defence lines and giving the lie to the widely touted notion that conflict in Sudan’s vast western region was finally over.

The Sudanese Armed Forces and their allied militia, the Rapid Support Forces (RSF), managed to exact some losses on the Mini Minawi faction of the Sudan Liberation Army (SLA-MM). But the rebels, after two years spent mostly in Libya and South Sudan reconsolidating their forces, managed to achieve what the RSF had thwarted in 2015: place a significant number of troops back in Darfur.

While the attack may have been only of modest strategic significance in Darfur itself, it was a good time for the SLA-MM to leave Libya. There, Darfuri rebels were growing tired of fighting as mercenaries in a foreign country, one where they might easily find themselves taking on their compatriots enlisted by other parties to Libya’s multifaceted conflict.

The chaos of Libya had also given the rebels an opportunity to re-arm sufficiently to attempt another incursion.

The timing was also propitious because of major political developments further afield. Sudan’s diplomatic situation has been weakened by the row between two of its main allies: Qatar and Saudi Arabia (who are also at odds in Libya). The attack took place shortly ahead of a scheduled US decision on whether to fully lift, after a six months’ easing, its economic sanctions on Sudan, and just as the hybrid UN/African Mission in Darfur (UNAMID) announced a 25 percent reduction of its contingent, amounting to 5,000 personnel.

The attack neatly laid bare the fragility of the narrative put forward recently by the US and by elements within the UN – and by Khartoum long before – namely that rebels no longer operate in Darfur and that peace has been restored there.

Still, the messages emanating from the UN are mixed. On 10 July, the UN Country Team in Sudan, which includes UN agencies working on development, emergency, recovery, and transition, called for a “positive decision” on sanctions relief, citing a “marked improvement in humanitarian access”.

Yet civilians in Darfur still face "violence and criminality", the UN's then head of peacekeeping told the Security Council in January. Hervé Ladsous pointed in particular to the "widespread proliferation of weapons and the inadequacy of law and justice institutions" as well as inter-communal violence over land, water, and other resources. This violence and tension prevents the return home of some 2.1 million internally displaced people, according to an April overview from the UN's Office for the Coordination of Humanitarian Affairs.

A growing number of Darfuris consequently are making their way to Europe through risky crossings of the Sahara and the Mediterranean.

UNAMID is well aware of this continuing violence and of who is behind it: the RSF, which are no less abusive than the infamous janjawid used to be in 2003-2004. Two years ago, Human Rights Watch accused UNAMID of failing to report the magnitude of RSF's crimes in Darfur. 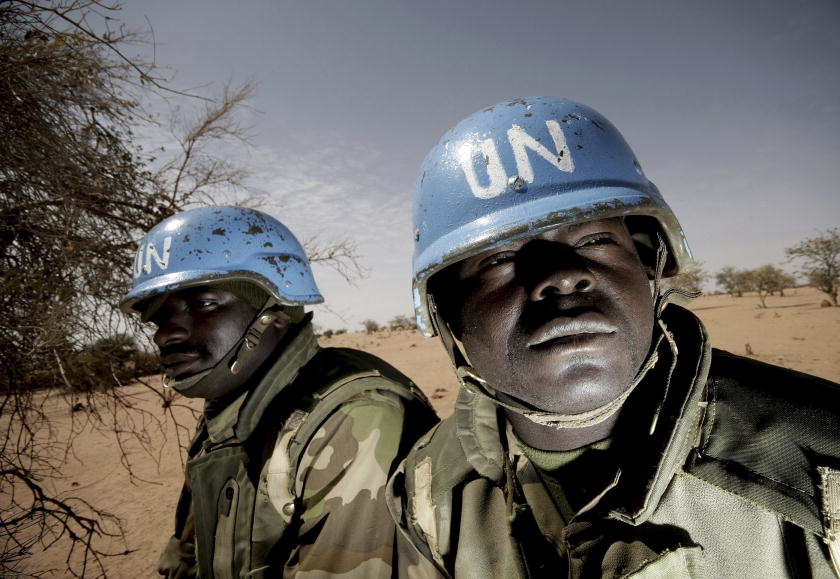 UN Photo/Stuart Price
The UN/AU mission in Darfur is set to shrink by a quarter, or 5,000 personnel

Given the fiction of improved security, “the only reason” UNAMID is downsizing, according to one UN official, “is that donors have no more appetite for it”.

What happens with the 20-year-old US sanctions is less certain. President Barack Obama eased them days before leaving office in January, reviving a long-running debate over Sudan policy between fans of carrots and those of sticks. It’s worth noting that both camps have co-existed within various US administrations: the publicly bipartisan nature of Sudanese issues has long hidden significant divisions, especially under Obama.

These divisions, coupled with a lack of experienced personnel at the State Department, may explain why the decision on a permanent lifting of the sanctions was postponed at the 11th hour earlier this month.

Those in favour of ending the sanctions – the carrot camp – argue that the measures have been largely ineffective in today’s multilateral world, one where Sudan has been able to find other partners. They also say that sanctions, in general, tend to hurt civilians more than the regimes they target.

Champions of the stick counter that far more harm has been meted out to people in Sudan’s peripheral regions by Khartoum’s counter-insurgency operations, which often target entire communities, than by the economic effects of the sanctions. They back their argument by pointing to the fact that, in the midst of an economic crisis, Sudan spends 75 percent of its budget on defence and security.

In theory at least, the US conditions the permanent lifting of its sanctions on five benchmarks: Khartoum's co-operation on counter-terrorism; resolution of the conflicts in South Kordofan, Blue Nile and Darfur; improving access to humanitarian aid; ending support to armed opposition groups in South Sudan; and addressing the threat of the Lord’s Resistance Army.

Khartoum says it has met these conditions, and Obama cited progress on some of them to justify the six-month easing.

The claims of progress merit scrutiny. For example, the much-weakened LRA hardly poses the same degree of threat to civilians as conflicts in Sudan’s peripheral regions, which would require a complete change of thinking in Khartoum to conclusively end.

One also wonders how cooperation against terrorism can be deemed successful when information that could allow us to evaluate this is for the most part secret. And, in at least one instance, available evidence suggests such cooperation may involve further abuses: In 2011, Chadian former Guantánamo detainee Mohammed el-Gorani, whose release a US judge had ordered for lack of evidence of terrorist activity, and who was subsequently repatriated to Chad, went to Sudan for health treatment and was quickly arrested by the Sudanese intelligence services, in the name of their cooperation with the CIA. He somehow managed to escape.

As for South Sudan, it is clear that Khartoum is interfering there to a lesser degree than it was before and around the time of secession in 2011. Yet, since the beginning of the new civil war in December 2013, weapons experts have found evidence of repeated and substantial supplies of arms and ammunition from Sudan to South Sudan. 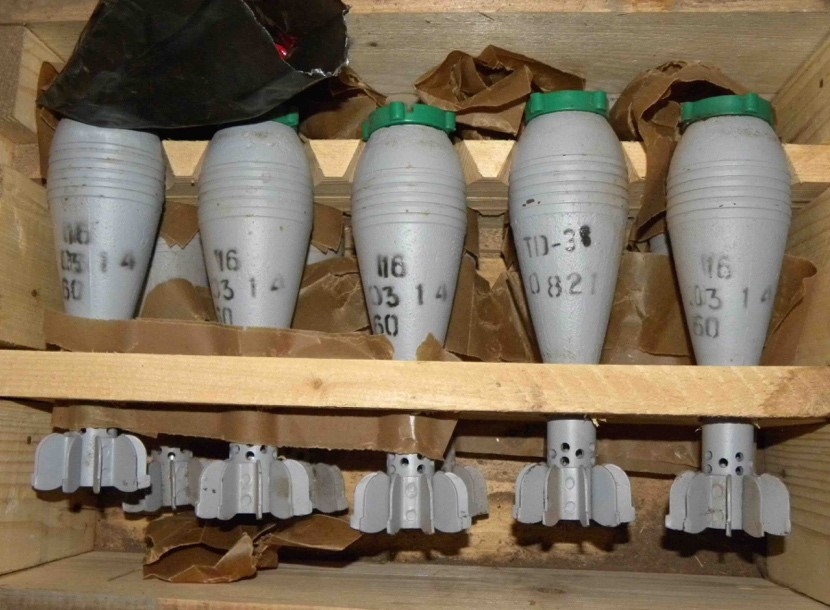 More importantly, the wars in Darfur, South Kordofan, and Blue Nile have not ended, and humanitarian access is far from what it was in Darfur in 2004, when the conflict there was at its peak. The international narrative that the wars in Sudan are now “low-intensity conflicts”, with sufficient security on the ground to implement early recovery and development programmes, is a dangerous fiction.

Also deserving of scepticism is another argument used by some of those favouring lifting sanctions on Sudan – that doing so would leave in place the stick of some “targeted sanctions”. But those are merely sanctions the US is compelled to enforce on four individuals listed for travel bans and asset freezes by the UN Security Council since 2006. Not only have the travel bans been repeatedly violated and no assets frozen, but the measures are also unlikely to represent any kind of pressure for Sudan, since the individuals (two rebel commanders, one of whom has died, a retired army general, and the janjawid leader Musa Hilal who has been at odds with the government for a few years) do not really matter to Khartoum, to say the least.

Meanwhile, the Security Council is unable to reach consensus on designating a Sudanese government official for any new targeted sanctions because China and Russia would only agree if rebel leaders were also the subject of such measures.

Advocates of the Darfur cause in the United States were at times rightly criticised for their simplistic views of the situation. Now, a similar myopia seems to affect many UN and US officials.

Arguably, less is now known about what’s happening in Darfur than at any time since 2004, because access for international observers, aid workers, researchers, and journalists is constantly squeezed and is more difficult than ever. Those who do manage to get in are so afraid of being kicked out that they often prefer, consciously or not, to under-report, not to report, or even to deny the extent of the violence. For instance, UNAMID has repeatedly attributed attacks by government militias to “unidentified”, “unknown” or “other armed groups”, or “bandits”.

There are however still ways to discover what’s really happening in Darfur, through credible media outlets such as the Sudan Tribune, social media, and the increasing number of Darfuri refugees who manage to reach Europe. One can also visit border areas in South Sudan and Chad and talk with refugees and nomads, whose stories generally differ significantly from what is reported by the government or UNAMID.

But the problem the West has now with Sudan is not only lack of information: mention the word “Darfur” to a Western diplomat and you’ll be met with fatigue, and hostility towards those rebels who kept refusing to sign a deal with the government. International players now have other priorities, including Libya and South Sudan. And Darfuri rebels active in those countries will be generally described as spoilers.

These are the limits of an analysis that is not truly regional. If Darfuri combatants recently operated in several neighbouring countries, it is precisely because opportunities for serious peace talks have remained elusive and because many of those who did make peace with Khartoum, notably in Qatar in 2011, became disillusioned, and are now among those Sudanese operating as "mercenaries" and “bandits” in Libya. Many other Darfuri combatants are also members of government militias who move back and forth between Sudan and Libya as if there was no border, returning intermittently to their RSF jobs in Sudan.

Members of pro-government paramilitary forces and rebels who joined the government are, in principle, under the responsibility of the Sudanese government, but have become a broader problem as the Darfur conflict metastasizes into the wider Sahel region. It risks spreading further if Khartoum and the international community fail to change the way they deal with Darfur.