In his latest column, recovering aid worker Paul Currion argues that humanitarian organisations are fundamentally WEIRD - Western, Educated, Industrialized, Rich and Democratic. Unless that changes, he says, they will always struggle to understand the communities in which they work.
BELGRADE

I'm WEIRD. I'm not sure whether I became an aid worker because I'm weird, but I was definitely a WEIRD aid worker.

I realised this after reading a 2010 academic article which pointed out that an overwhelming proportion of psychology experiments were carried out on an “extraordinarily restricted sample” of humanity – American university undergraduates. The article concluded that this sample was “one of the worst subpopulations one could study for generalizing about Homo sapiens,” because they were too WEIRD: Western, Educated, Industrialized, Rich and Democratic.

That seemed credible to me (if footnotes were Non Food Items, that one article could have supplied everybody in Zaatari refugee camp with kitchen sets) because I realised that, even if they weren’t talking directly about aid workers, the modern aid industry was founded - and is still largely run - by people who are WEIRD. (Yes, I'm looking at you too, MSF.) Stealing a phrase from that 2010 article, aid workers are “a distinct outlier vis-a-vis other global samples,” which explains why we look faintly bewildered a lot of the time; it’s because we get culture shock pretty much everywhere. Even aid workers who aren't WEIRD themselves – the national staff who do most of the work – still work in WEIRD humanitarian organisations.

The result, noted by the 2015 World Development Report (WDR to its friends), is that “development professionals are not always good at predicting how poverty shapes mindsets,” a phrase that maintains the World Bank's position as gold medallists at the Understatement Olympics. Meanwhile the 2014 World Disasters Report (confusingly, also WDR to its friends) emphasises that “Many... organizations are divorced from the realities of the life and the expectations of those who are at risk,” leading to what the Disasters Report describes as a clash between “people's culture” and “organizational culture.”

This clash is one source of the current crisis of confidence in the humanitarian community. It's telling that both WDRs focus on “their” culture, rather than “our” culture. In fact, the aid industry needs to change “our” organisational cultures from top to bottom, but this is likely to raise difficult questions about the role those cultures play in what Naomi Klein calls the “shock doctrine.” She outlines a secret history of “disaster capitalism” that exploits manmade and natural disasters to impose controversial economic policies on cities (such as New Orleans) and countries (such as Iraq).

This might seem like a conspiracy theory designed for people who consider themselves above conspiracy theories, but the idea that wars are used as a cover for promoting financial interests is an old one. (The classic of the genre is the 1935 War is a Racket by Smedley Butler, who had the awesome nickname “The Fighting Quaker” and the slightly less awesome nickname “Old Duckboard”.) Klein suggests that natural disasters can provide similar cover for neoliberal economics, and there’s an increasing number of people who agree. I'm not suggesting that you swallow her thesis whole, but her book raises serious questions about the function of disaster response - and humanitarian action more widely.

Humanitarian assistance is the international relations equivalent of gentrification

Antonio Donini at Tufts University suggests a possible answer: simply put, “Humanitarian action makes countries safe for capital.” Essentially humanitarian assistance is the international relations equivalent of gentrification: aid agencies displace existing populations by renting all their houses of course, but they also displace existing governance mechanisms. We don't do it deliberately – any more than property developers in London have a nefarious scheme to remove Bangladeshis from Brick Lane – but it happens just the same. As for aid workers, Donini suggests that humanitarians “perform essential functions to prepare the terrain for the return of international industry and finance.”

That’s right: aid workers are the hipsters of the international community, and I don't mean the hipsters selling whistles to stop war in DR Congo. We’re into the latest disaster zones before anybody else, move into areas that are just run-down enough to be cool (but not so run-down that they're unlivable), start demanding that bars and shops cater to us, and then leave as soon as too many “mainstream” international organisations show up (like those earnest types at the World Bank). Contrary to popular stereotype, however, the humanitarian hipster isn't a young white guy with a carefully trimmed beard and a fixed gear bike, but an old white guy with no beard (although he may have a fixed gear bike - we don’t know for sure yet).

We could devote a whole column to the lack of transparency and accountability in the appointment process for the new Emergency Response Coordinator, but everybody knows already that UN appointments are even less democratic than the naming of a new Pope. Stephen O'Brien may well turn out to be an excellent ERC, but he's a symptom of the real disease from which the humanitarian sector is suffering: it's still fundamentally WEIRD. 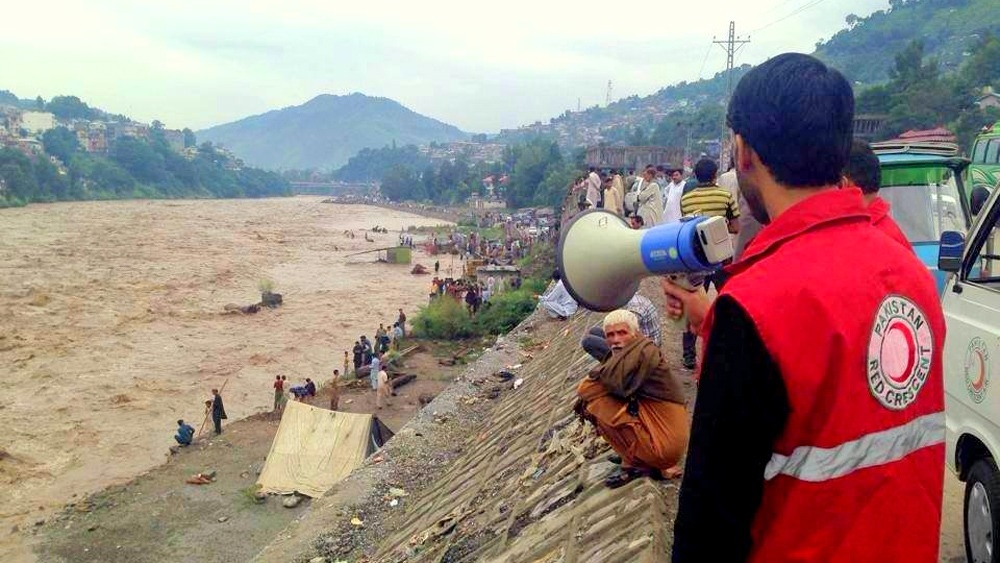 WEIRD organisations will always struggle to understand the attitudes and behaviours of the non-WEIRD people that make up the rest of the world – as the WDR (disasters version) points out, “People do not behave in the way that disaster managers and institutions want – or expect – them to behave.” Trying to make those people behave more like us, and then being surprised when they don’t, is a bad habit of the humanitarian community: as we saw during the Ebola crisis, it can undermine communication with communities, and sometimes even lead us into conflict with them. Meanwhile non-WEIRD organisations - the local responders who are often on the front lines - struggle to make their voices heard in a WEIRD humanitarian system.

Paul Currion is an independent consultant to humanitarian organisations. He previously worked on responses in Kosovo, Afghanistan, Iraq, and the Indian Ocean Tsunami. He lives in Belgrade.