At least 14 UN peacekeepers were killed and more than 50 wounded when armed men attacked their base in eastern Democratic Republic of Congo, the UN mission, known as MONUSCO, said on Friday.

The attack on the troops in Semuliki, in North Kivu’s Beni region, began at dusk on Thursday and lasted several hours.

At least 12 of the peacekeepers killed were Tanzanian soldiers. Five Congolese soldiers were also killed, and the Congolese army put the number of rebel deaths at 72. UN officials said the toll could still rise as some peacekeepers were still missing and others gravely injured.

UN officials said it was likely that the attack was perpetrated by members of the shadowy Allied Democratic Forces, which has been active in the area for years. The ADF, which originated in Uganda, has not claimed responsibility.

Peacekeeping chief Jean-Pierre Lacroix said the UN would “get to the bottom of this”.

The Tanzanian troops were part of the UN’s Force Intervention Brigade – the specialised contingent authorised in 2013 by the Security Council to target and disarm rebel groups in the country.

Lacroix said the incident was a response “to our increasingly robust posture in that region”. The Tanzanian unit is believed to be among the UN’s most effective troops in the region.

Ian Sinclair, director of the United Nations Operations and Crisis Centre, said the attack was the third aimed at Tanzanian soldiers in the same area over the past several months.

Sinclair said the base is situated on the “fringes” of the forest and positioned to obstruct routes used by groups, including the ADF, into the Beni area.

But analyst Christoph Vogel believes it is too early to draw firm conclusions that the ADF, an Islamist rebel group, was responsible for this attack.

Over the past 15 years, the ADF’s main military camps have been in the Rwenzori Mountains and in the Semuliki Valley. It is a highly secretive organisation with strong historical ties to other armed groups in the area and local customary chiefs.

They are known to cooperate with other local militia and there is also enough evidence to suggest that some attacks attributed to the ADF in the past were in fact conducted by the Congolese army.

Attacks in the region are often attributed to “suspected ADF rebels” with little in the way of proof.

Recent incidents include the killing of 26 civilians a few weeks ago, which led to the closure of the main road back to the city of Beni. In late October, the Congolese commander in Beni survived an ambush when a rocket hit his jeep, killing another soldier.

The shock of this attack, though, is the scale of it, involving scores of heavily armed attackers and lasting several hours.

It will have significant humanitarian repercussions in a region where mounting violence involving several armed groups and the Congolese army has displaced a million people in the first half of this year, on top of 922,000 in 2016. 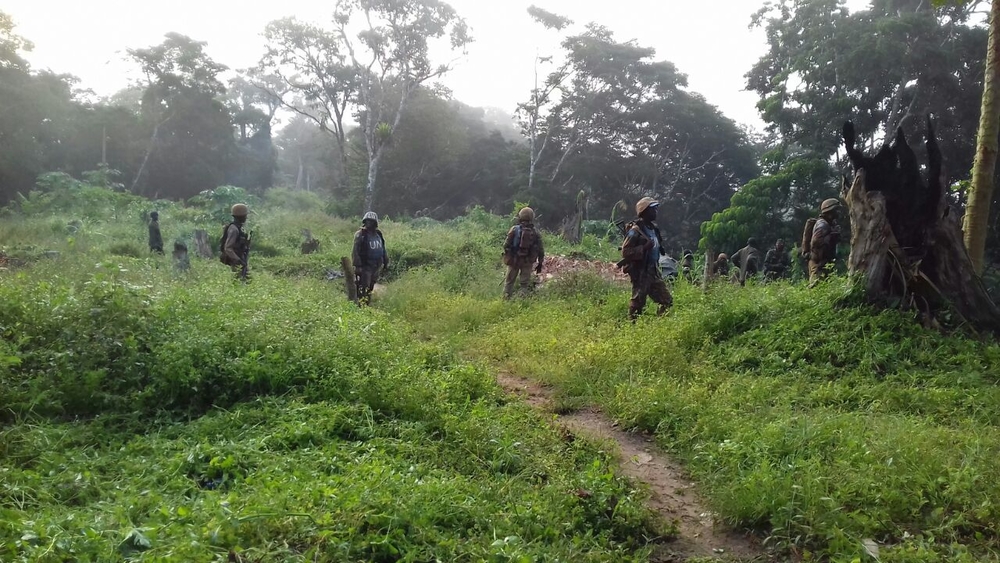 As a result of the ongoing fighting, Congo was declared a Level 3 emergency by the UN in October, its highest level of crisis.

“The immediate impact [of this attack] is that MONUSCO will turn inwards,” said Vogel. “There will be less patrolling, and less armed escorts available to humanitarians who rely on them to help provide access.”

“This is the worst attack on UN peacekeepers in the organisation’s recent history,” said UN Secretary-General António Guterres. “These deliberate attacks against UN peacekeepers are unacceptable and constitute a war crime.”

There is a perception that the changing nature of peacekeeping, epitomised by the offensive-minded Force Intervention Brigade, has increased the risks for blue helmets.

They are increasingly deployed in situations where there is no peace to keep, serving in areas where violent extremist groups operate, and where they are expected to “take sides”. UN peacekeepers are also mandated to execute more ambitious tasks, including the protection of civilians.

But the evidence suggests that overall UN fatalities are not substantively on the rise.

Between 1948 and 2015, 3,561 peacekeepers lost their lives – although combat accounted for just 923 of those fatalities: accident and illness both being the more likely cause of death.

Before this incident, since the beginning of this year, 67 peacekeepers had died.

Historically, the heaviest death tolls as a result of combat action had been the 1960 UN Operation in Congo, the UN’s mission in Somalia, and the 39-year-long UN’s deployment in Lebanon.

But in recent times, Mali stands out. There have been 140 deaths since the United Nations Multidimensional Integrated Stabilization Mission in Mali, MINUSMA, was established in 2013 – by far the UN’s riskiest current deployment.

MONUSCO, however, is the UN’s largest peacekeeping mission, both in terms of personnel and cost. In March, the Security Council voted to drop the mission’s troop ceiling from 19,815 to 16,215 soldiers.