President Joseph Kabila’s bid to extend his stay in power was met with protests and violence on the streets of Kinshasa this week, with demonstrators condemning a government they accuse of failing its people.

"What more can Kabila do that he didn’t do in 15 years [in power]?” screamed one protester among hundreds who had gathered at the Échangeur de Limete, a busy public space in the north of the city.

“I’ve got a bachelor’s degree and it’s more than four years that I’ve been unemployed! It’s now or never: he must go!"

The unrest followed an announcement by the electoral commission postponing presidential elections due to be held in November.

The lack of election preparations by the government, blaming a lack of money, made the delay inevitable. The commission’s decision will now enable Kabila to stay in power until a new president is sworn in, even though his constitutional mandate expires in December.

Angry demonstrations erupted on Monday and Tuesday, which quickly turned violent, with buildings trashed and looted and protesters dispersed by the police and army using teargas and live ammunition. There were also clashes in the eastern city of Goma.

The death toll is disputed. The police admitted 32, Human Rights Watch said it had received "credible reports" that 44 people were killed – including policemen – while the political party of veteran opposition leader Etienne Tshisekedi claimed 100 people died.

In response, the governor of Kinshasa has banned all political demonstrations.

Fuelled by hunger and dissatisfaction

The demonstrators IRIN talked to in Limete, a Tshisekedi stronghold, zeroed in on the lack of progress achieved by the Democratic Republic of the Congo under Kabila, who took power in 2001 after the assassination of his father, the former rebel leader Laurent-Désiré Kabila. 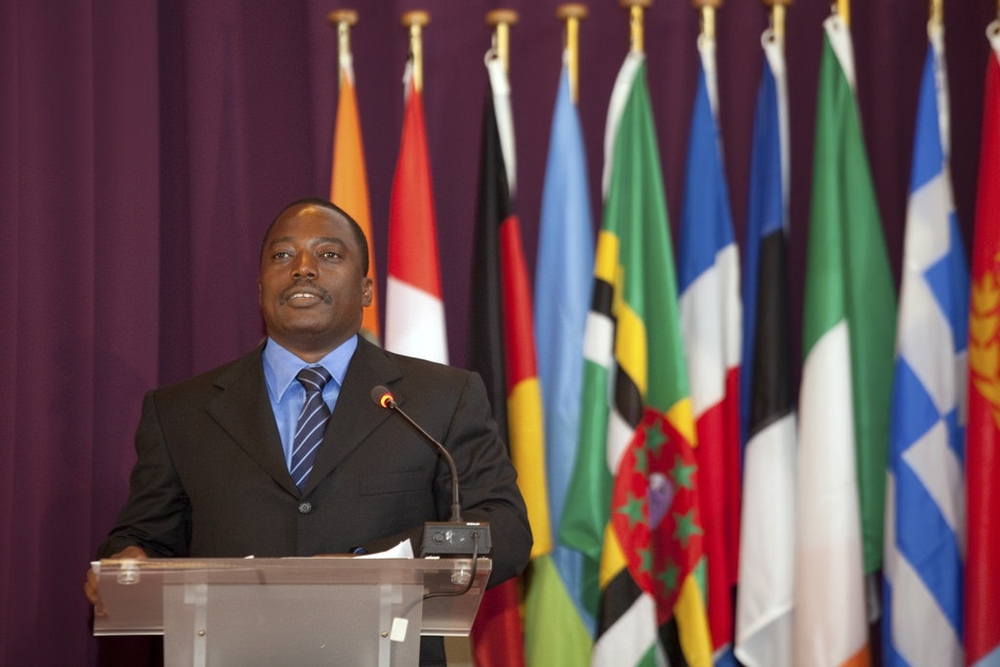 "We’re fed up! We can’t put our children into school. We have no jobs. We live in inhuman conditions! We can’t go on living like this!” one man said. Several protesters promised that if Kabila continues in power, he will “rule over dead bodies”.

Despite DRC’s vast mineral wealth, it’s at the bottom of the league table in most development indicators.

Budget expenditure has been slashed this year by 22 percent on the back of falling global demand for Congo’s raw materials, while in the east, the birthplace of Kabila senior’s rebellion 30 years ago, ongoing insecurity has kept 5.9 million people hungry, and has displaced 1.7 million.

"You have people who have so very little,” said Antoine, a retired employee of the Central Bank living in Limite. “To be able to eat, people sell just anything and, at the end of the day, they have just around [$3 or $4]."

An average family of five needs around $10 a day to put enough food on the table. But most civil servants, as well as policemen and soldiers, earn less than $100 a month. It’s a system that encourages graft, essentially another tax on a citizenry struggling to survive.

"Hunger is very, very dangerous,” said father Jean-Marie Bomengola, in charge of communications for the Catholic Church. ”It creates a poisonous atmosphere. This is why people get angry easily.”

Alongside the government, “we are trying to solve some problems, but in some areas the situation is critical,” he added. “People get up in the morning without knowing if they will be able to find something to eat.”

Undermine electoral capacity: Kabila insisted on the implementation of a long-stalled decentralisation plan before the presidential poll, requiring local elections that were bound to absorb the capacity of the electoral commission.
Get legal backing: The Constitutional Court agreed local elections must take place before the presidential vote. Delays mean basic election procedures haven’t been completed, so the electoral commission has ruled that the presidential ballot is logistically impossible in 2016.
Remove opponents: The field of serious contenders has been thinned, most notably Moïse Katumbi.
If in doubt, end term limits: There have been calls from Kabila supporters to eliminate presidential term limits, so he wouldn’t need to go through all this again.
Source: Africa Center for Strategic Studies

In the run-up to the expected elections this year, opposition parties hammered away at Kabila’s record on the economy and social service delivery. Kabila has acknowledged the hardships, and in an address in June said it was "at the heart of the daily preoccupations" of his government.

But critics believe his real priority is staying in power. To that end, he has allegedly manipulated the election timetable – machinations known as le glissement (‘slippage’) –  and has also removed electoral competitors.

Chief among those is the former governor of Katanga Province, Moïse Katumbi, who was sentenced in absentia to three years in prison for corruption in June 2016 “on what were seen as politically motivated charges”, according to the Africa Center for Strategic Studies. He was later refused entry to the country when he tried to return.

One of the last opposition leaders of real standing is Tshisekedi, who remains hugely popular. But he is 84 and believed to be in poor health. Nevertheless, he arrived home from Belgium to a rapturous reception in July and promptly demanded that the presidential elections proceed as scheduled.

Kabila’s government is offering a national dialogue to create the conditions for credible and peaceful elections, when they finally take place. But most in the opposition reject the proposal as simply a means to legitimise Kabila staying in power after his mandated term in office expires.

Government spokesman Lambert Mende has warned that a national dialogue is the only way forward.

"They will not transform Kabila into Compaoré," he said, a reference to protests in Burkina Faso in 2014 that forced Blaise Compaoré from power as he tried to amend the constitution to cancel term limits.

The United Nations, the African Union, the European Union, and the International Organisation of La Francophonie have all affirmed their support for dialogue. But the international community’s leverage is weak, while events in the DRC are moving fast and becoming ever more dangerous.