The Bara Market was once a bustling hive of about 10,000 shops. Now it’s a listless wreckage of rubble, and a reminder of the destruction that the war between Pakistan’s government and militant groups has inflicted on the economy in this region on the Afghanistan border.

Pakistan’s military launched an offensive in October 2014 against militant groups in the Federally Administered Tribal Areas, seven semi-autonomous districts strung along the country’s northwestern frontier. The conflict displaced more than 300,000 families, but the government says the main military operations are over and people can now return home.

Just over half of the displaced families have returned since March 2015 and 43,302 of those came back this year, according to the latest update by the UN’s emergency aid coordination body, OCHA. Many returnees say they have come home only to find they have few opportunities to rebuild their lives, as the war has destroyed the local economy.

“We are living a miserable life as we have no capital to start our business again,” said Aamir Faheem in an interview in his house in the village of Piple Garhi, which was badly damaged during fighting.

His family used to run a flourishing cosmetics and clothing business in Bara Market, which is about 15 kilometres from the city of Peshawar on the road that runs to the Torkham border crossing. Before the war, the shop brought in as much as 200,000 rupees ($1,907) per month. But the family has now spent all their savings renting a house in Peshawar, where they fled when the fighting began.

“The government hasn’t provided us enough assistance even for reconstruction of our home and we are forced to live under open sky,” said Faheem. “We are happy to see our area free of militants, but the government should now take steps to rebuild the Bara Market and revive the local economy.” 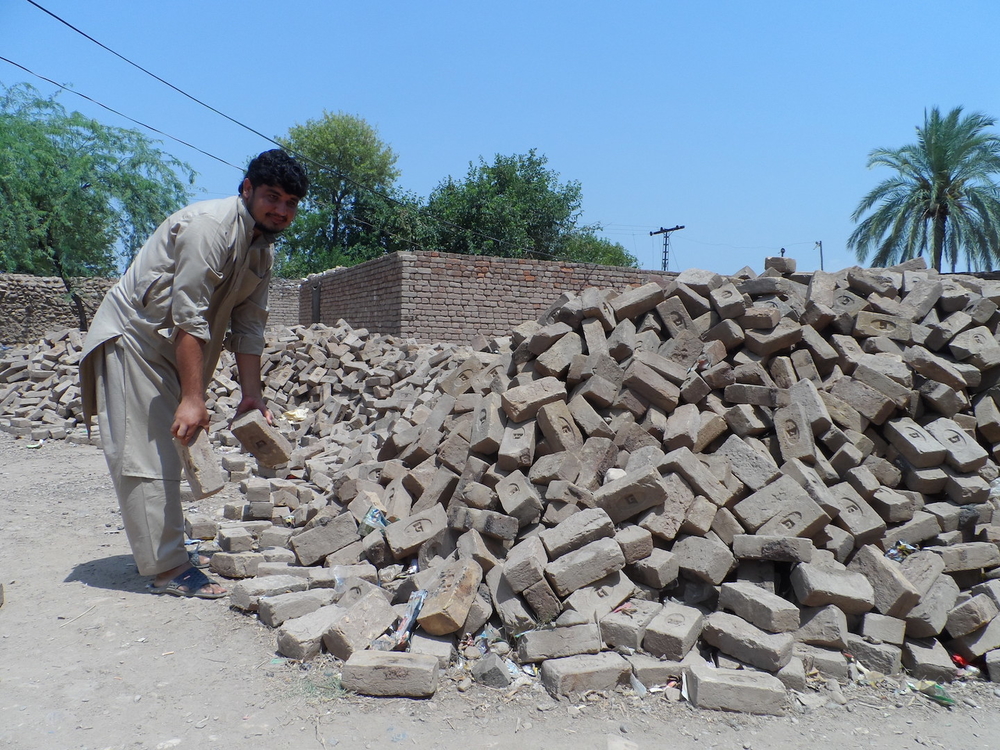 Aamir Saeed/IRIN
Aamir Faheed with bricks he plans to use to repair his home, which was damaged by fighting in Piple Garhi, a village in Pakistan's Federally Administered Tribal Areas

Shah Nasir Khan, an Infrastructure and resilience specialist at the FATA Secretariat, said the government does have a plan to rebuild Bara Market with updated facilities, including water, sewers, and solar lights. He said reconstruction would begin “soon”, but did not provide a date.

Khan told IRIN that the government has allocated 550 million rupees ($5.2 million) for small loans for traders to start their businesses again, and it will begin distributing the loans in a couple of months.

"The government should open a vocational training centre in the area for youth, to ensure they can find suitable jobs in the factories and don’t slip again into hands of the militants"

The government has also disbursed $48 million in transport and return grants as of 1 July, according to the OCHA update. Families received 10,000 rupees ($96) to pay for transport home, and 25,000 rupees ($241) to help them resettle.

Returnees say the government assistance is not nearly enough to rebuild their homes and businesses.

“What the government has given us so far is just a peanut,” said Fawad Shah, whose three-room home was completely destroyed. “We can’t build even a wall of a room with this amount, let alone restart our businesses.”

The FATA economy traditionally benefitted from the free flow of goods over the border, but Pakistan is implementing new restrictions to end that unofficial trade.

“The traders now won’t be allowed to smuggle goods and illegal drugs from Afghanistan, for these crimes help breed militants,” said Khan, of the FATA Secretariat.

Factory jobs could provide an alternative to businesses dependent on cross border trade, but conditions are not ideal there either. 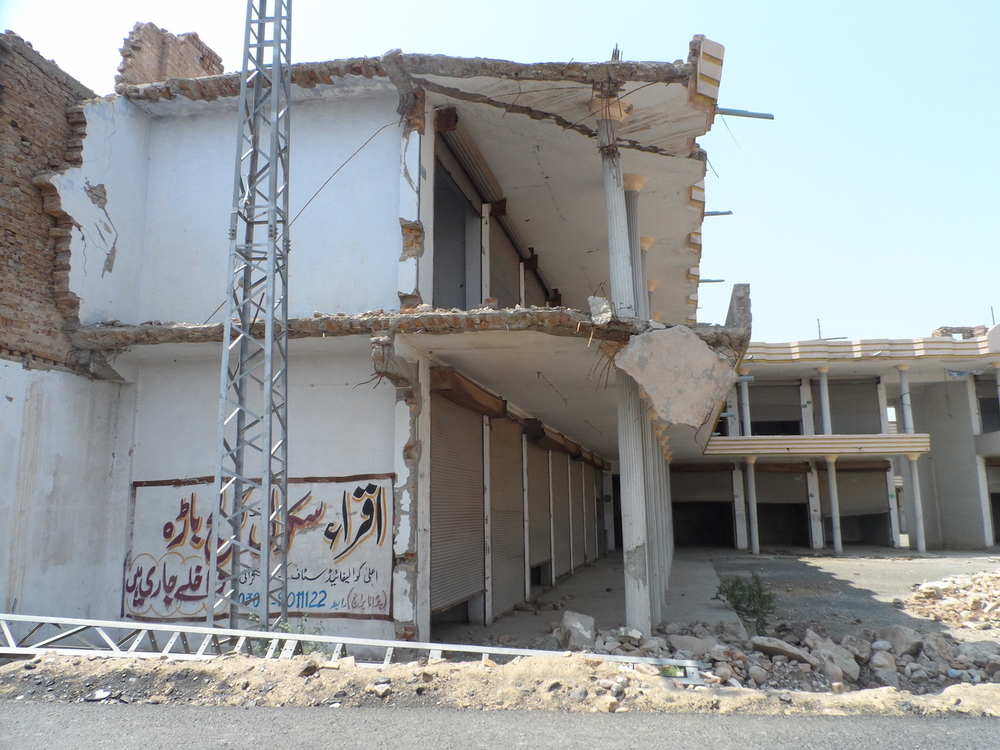 Before the military operation began, more than 100 factories operated in a tax free zone in Khyber Agency, producing textiles and vegetable oil. Many of them were gutted during the fighting, but some have started working again.

Faheem’s two younger brothers have started working in a textile factory and are earning 12,000 rupees ($114) per month as non-skilled workers. That’s less than half the wage earned by skilled labourers, who are mostly recruited from Punjab Province.

“The government should open a vocational training centre in the area for youth, to ensure they can find suitable jobs in the factories and don’t slip again into hands of the militants,” said Sultan Mahmood, who owns an old textile factory in Piple Garhi.

As FATA residents struggle to rebuild their lives, many have little or no money to feed themselves and they are receiving short-term food assistance from the World Food Programme.

“The WFP has been providing relief food assistance to returnees for a period of six months after their return,” said Mahira Afzal, a WFP communications  officer in Islamabad.

Neither the government nor WFP were able to provide information about a longer-term strategy for feeding victims of the conflict who are unable to find work.

“The real challenge for the returnees will begin when the WFP ration scheme expires,” said Kamran Khan, whose family returned home two months ago. “These days, we are desperately looking for jobs in our area, but in vain.”