The scale and impact of the current flooding in southern Malawi seems to
have caught the authorities by surprise. Some areas were deluged with a
month’s worth of rain in 24 hours, and forecasts suggest there is more
to come. Latest figures put the number of dead at 50 with 14,000 households displaced (an estimated 70,000 people). Some villages, cut
off by the floodwaters, have yet to be reached, so the death toll may
yet rise.

Malawi's President, Peter Mutharika, who is visiting the area (Mangochi
and Balaka South districts) on Friday, has declared 15 southern
districts  - almost half the country  - a disaster zone and appealed for
foreign aid. The Malawian military has now been deployed to lead the
evacuation of vulnerable communities, but continued bad weather is
hampering their efforts. IRIN has learned that some boats allocated to
assist in the rescue of stranded survivors lacked fuel, delaying initial
operations.

DanChurchAid (DCA) is one of the few humanitarian organisations
assisting the relief effort, allocating new funds to cover evacuation,
medicine and other needs. IRIN spoke to Francis Botha, DCA’s regional
communications officer, who has spent the past two days in the affected
area. These are his impressions.

“The flooding covers an extensive area and reaching some places is very
difficult because roads have been affected. More people are still being
evacuated to safer places by the Malawi Defense Force using boats and
helicopters, despite facing challenges due to bad weather especially in
Nsanje and Chikwawa [districts particularly hard hit by the flooding].
But some people are refusing to be evacuated from their land to higher
ground. Some children and their mothers have been sleeping in trees or
on rooftops for a number of days waiting for rescuers or for the water
to subside,” he said.

“I met one 9-year-old girl called Eve who spent four days in a tree with
her grandmother before being rescued by the military. She is now safe
and seems physically ok, but she is so traumatised she isn't speaking. Another woman, called Marita, told me she climbed onto the roof of a nightclub with her baby clinging to her chest and waited for help. 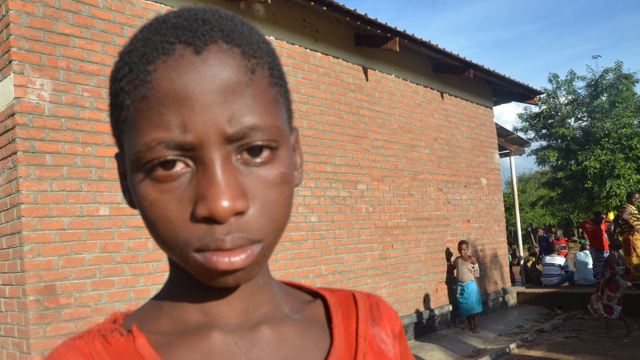 “Relief assistance is very inadequate. Mwananjovu is an evacuation camp
where all those from flooded areas in Chikwawa are temporarily
sheltered. It is a block comprising only two rooms and two pit latrines.
It is so congested right now with 504 people evacuated by the army and
police from across the Shire River. Only a few people received blankets
from the police. In another camp, more than 300 people received a basin
full of beans and a bucket of maize flour between them. In Nsanje the
situation is complicated by the arrival of refugees from Mozambique
fleeing floods on their side of the border.

"The police Commissioner for the the Southern Region, Agnes Gondwe, said evacuating victims isn't enough. We need to protect victims, especially women and children. So now the Malawian Police are establishing Child Protection and Victim
Support services within the camps. Health Services are beginning to be
coordinated especially by Médecins Sans Frontières and the Ministry of
Health. UNICEF has provided tents. But people are not happy about the conditions. The chairman of one camp told me he was disgusted to see so many people in one small tent, eating poorly and rarely. Fears of waterborne diseases such as cholera are the main
concern in the camps because of the congestion. ” 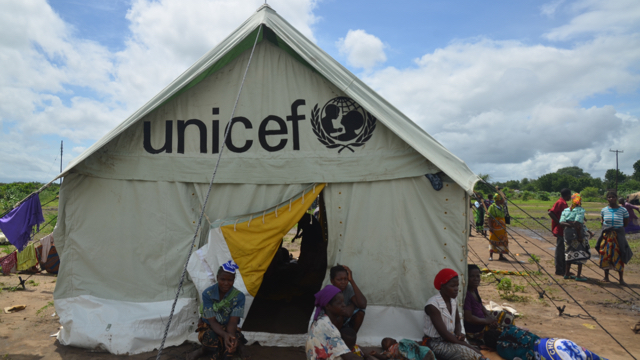