Only around 1,800 of the thousands of Nigerians forced to find refuge from the fighting in the northeast between the jihadist Boko Haram and the Nigerian military have settled in a camp in neighbouring Cameroon. Others are living with relatives in villages along the border, complicating their identification and raising concern by the Cameroonian authorities that insurgents could infiltrate local communities.

The border separating Cameroon and Nigeria often divides villages of similar ethnicity, and local authorities say the Nigerians who have sought safety with their relatives in Cameroon often do not consider themselves refugees, insisting that they are simply visiting family. Groups such as the Hausa or the Fulani are found in northeastern Nigeria as well as Cameroon’s Far North region.

Cross-border movement and trade between the two regions has always been easy, and communities on both sides of the border intermarry and share a common culture. However, since Nigeria declared a state of emergency in its northeastern states of Borno, Yobe and Adamawa in May 2013, and deployed troops in a military offensive against Boko Haram, trans-border activities have slowed, fears of insecurity have risen and civilians have been forced to flee.

“We noticed that refugees don’t want to move far from the [border] villages,” Ndeye Ndour, the UN Refugee Agency (UNHCR) representative in Cameroon, told IRIN. “They want to spend the night in Cameroon and the following day cross [the border] to go do their businesses or go to their farms in Nigeria. We are facing a dilemma, because for security reasons the government does not want these refugees to stay along the border due to fear of infiltration by Boko Haram.”

The Cameroonian authorities have registered 8,200 Nigerian refugees and UNHCR has so far verified 5,000 of them, but only 1,852 have agreed to be transferred to Minawao camp some 100km from the border. The rest have chosen to stay with their relatives in the border villages.

Ndour said some village chiefs have been discouraging refugees from going to Minawao in the hope that UNHCR and other aid groups will come to their communities and build schools or hospitals. This has been the case in Cameroon’s eastern region, where local communities are hosting refugees from Central African Republic (CAR). “The difference with these two groups [from CAR and Nigeria] is the security issue. Refugees cannot stay along the border in the Far North,” she said.

Aid groups distribute food and other relief items every month to the refugees since the camp opened in June 2013. The camp hosts both Muslim and Christians and the UN Refugee Agency (UNHCR) insists that the camp should remain secular. Sectarian violence b 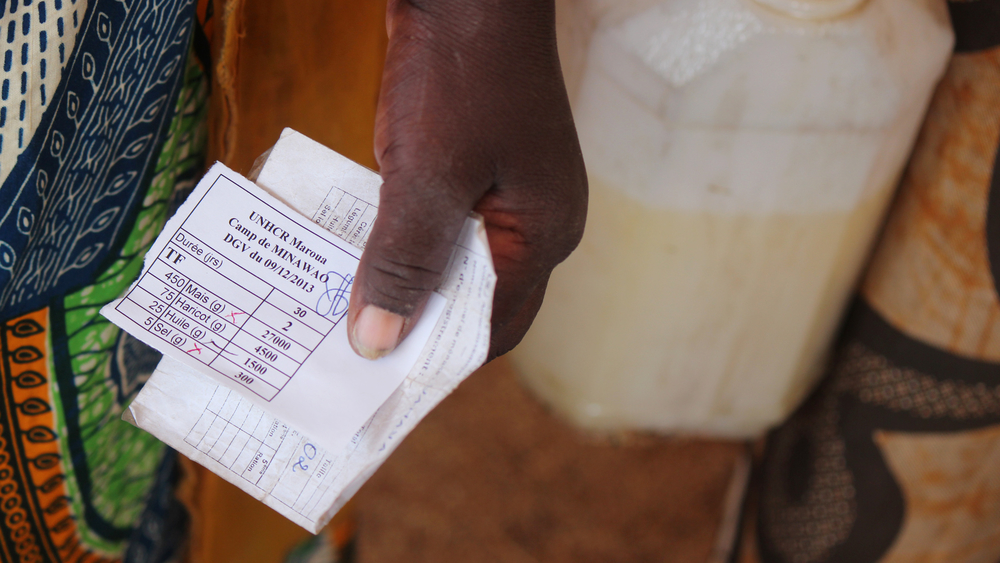 In October 2013, Cameroonian forces were escorting some 100 Nigerians, rounded up on suspicion of being Boko Haram members, to the Nigeria-Cameroon border when shooting broke out. Fifteen of the people being taken to the border died, some escaped and the rest were brought back to Cameroon.

“When refugees arrive they should go to the camp, but if there are those who refuse, it means that there is something wrong and those are the ones we take back,” said Bob-Iga Emmanuel, head of the police division at the governor’s office in the Far North region.

In March 2013 Boko Haram claimed they had abducted a French family, and in November that they had taken a French priest in Cameroon's Far North, highlighting the group’s widening threat and the difficulty of policing the 1,690km border. Nigeria and Cameroon are working on joint security patrols against the Islamist militants.

Cameroon is not part of the Multinational Joint Task Force, comprising Niger, Nigeria and Chad, set up to combat transnational crime in the late 1990s, and taking on counter-terrorism operations since the emergence of Boko Haram. Cameroonian authorities in the capital, Yaoundé, worry that participating in the regional force would incur Boko Haram attacks, but some critics have argued that such fears are misplaced.

The Nigerian military offensive has driven the insurgents from most urban areas in the northeast, and the Islamist fighters are believed to have retreated to Nigeria’s Gwoza hills on the border with Cameroon, but violence by the radical militia has not abated.

Ali Shouek, 34, who now lives with his wife and five children in Minawao camp, said Boko Haram gunmen raided Maiduguri, his hometown, in December 2012, killing and wounding civilians, torching churches and abducting children. He described the night they fled Nigeria as “Hell… They [Boko Haram fighters] said they wanted the area to be an Islamic region. If you are a Christian, you better convert or you get killed. If you agree to convert, they take you to do their activities – burning houses and attacking civilians.”

Minawao camp, to house 10,000 people, opened in June 2013 in the Mokolo department of Cameroon’s Far North Region, and is still under construction. Schools and a police post have been set up, boreholes and toilets are being built. Those in the camp are sheltered and given monthly food rations and other non-food items. “So far so good,” Shouek said. “But home is home. You can’t compare your home with elsewhere.” UNHCR’s says the camp is a secular zone catering equally for Christians and Muslims.

Mustafa Bukara, 35, who said he was the only member of his family to have fled to Cameroon, told IRIN that Christians and Muslims were getting along well, although Shouek said there were tensions at the beginning. “Imagine what it’s like if you have been driven out of your house by a snake, only to find that snake at… your [place of] refuge. They [Muslims] run way because of the military, not Boko Haram.”

Cameroonian authorities say they have ramped up security to ward off possible Boko Haram attacks. Village chiefs have been urged to help identify and report strangers, including unknown preachers in their areas, said Ouhe Kolandi, an official in charge of administration and civilian affairs in Mokolo department.

With tumult in neighbouring Central African Republic and northeastern Nigeria, Cameroon has become a safe zone for those fleeing conflict, hosting more than 100,000 refugees from its two neighbouring countries. However, Cameroon is also exposed to security risks.

Albert Sidi, economic and cultural affairs chief at the Far North governor’s office, said: “We do not have the resources to monitor all the borders.”