Geographic remoteness, proximity to two volatile border regions, harsh weather and impassable roads are but a few of the challenges aid agencies grapple with as they provide healthcare in Chad’s southeastern Tissi area.

"We tried land cruisers, motorcycles, boats, horse carts and papyrus rafts. It's the challenge of providing aid in a swamp. In the rainy season, everything is rained in," Jason Mills, the head of mission of Médecins Sans Frontières (MSF) in Chad, told IRIN.

But dry season comes with its own complications: Tissi is located about 7km from the border with conflict-ravaged Darfur, Sudan, and less than 1km from the impoverished Vakaga region of Central African Republic (CAR). "With its location close to Darfur and the CAR's Vakaga region, Tissi, in the dry season, becomes far more accessible to humanitarian aid workers, but also to criminal elements and armed groups, which will increase the risk of providing aid," Mills said.

In April, MSF set up an emergency health facility in Tissi that can admit up to 35 patients.

"When we get war-wounded patients and malaria cases, with the very limited health infrastructure, it is difficult,” Corrine Grant, the MSF project coordinator in Tissi, told IRIN.

Malaria, acute watery diarrhoea and respiratory tract infections are the leading causes of morbidity in Tissi.

In late July, the MSF facility received a large number of wounded men fleeing fighting in neighbouring Darfur. Some had to be evacuated to the town of Abéché, further north, due to the nature of their injuries. "Here, we do not have a referral hospital. A patient who needs surgery has to be transferred by plane to Abéché for evacuation," said Grant.

With the ongoing rains, malaria is becoming an increasing health concern - children with severe malaria may develop severe anaemia. But the MSF facility at Tissi does not have a blood bank, which makes it difficult to treat severely anaemic patients. “When we transfer patients who need blood [to Abéché], they go with two or three matching donors," said Grant.

The triage area at the MSF hospital in Tissi, southeast Chad. MSF is providing access to healthcare to thousands of vulnerable people in Tissi who otherwise would lack access 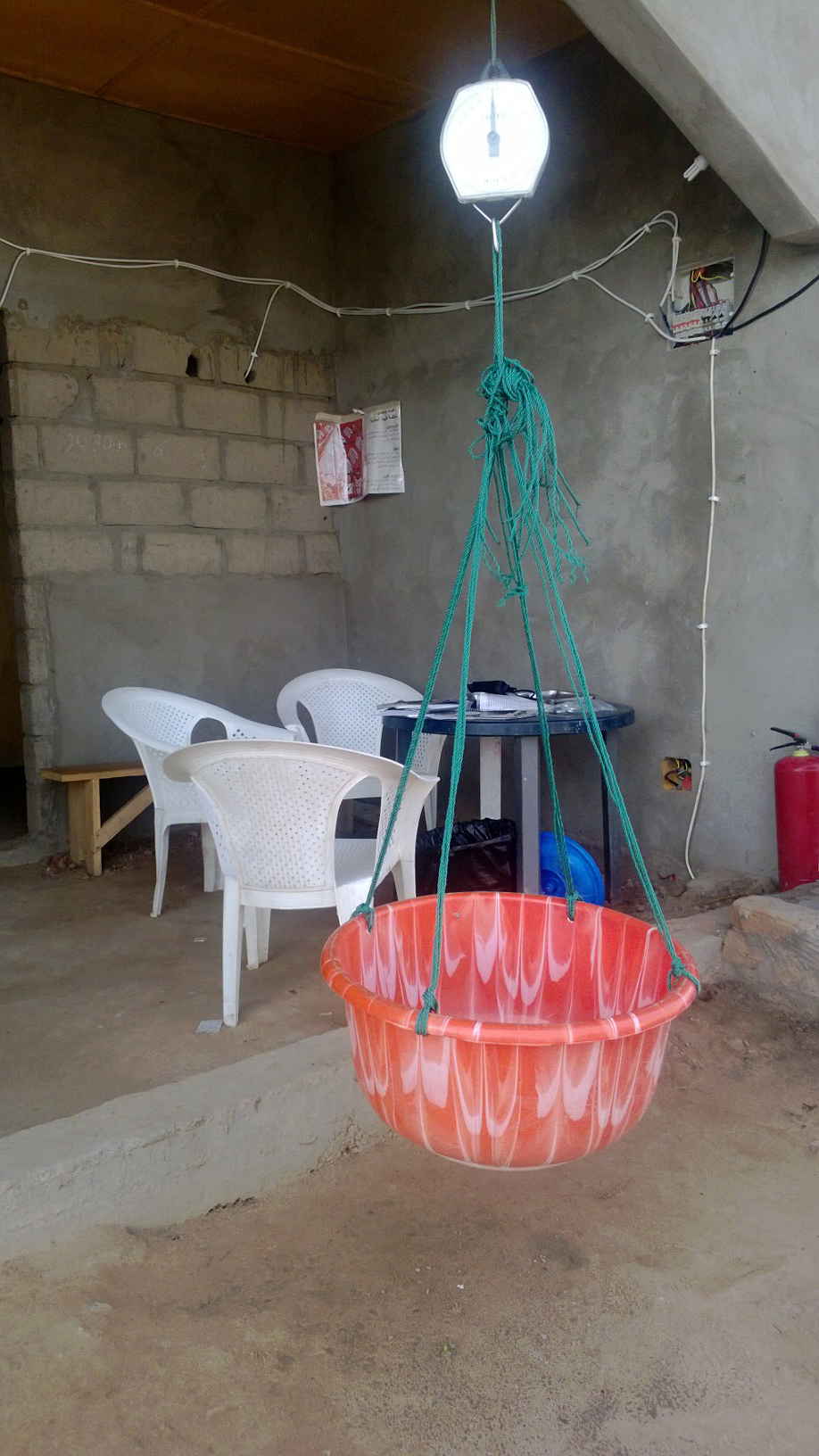 The International Committee of the Red Cross/Crescent (ICRC) plane used for medical evacuations can accommodate only four stretchers, plus sitting patients.

At times the plane cannot land in Tissi due to bad weather. "In perfect conditions, we can have two evacuations per day, assuming that the airstrip is dry, the weather is good and no ground time is lost," said Grant.

“Access is definitely a major issue. There are hardly any roads. There is a need for road construction and rehabilitation," Grant continued. "The extremely limited access also has an impact on the population coming to the health facilities; when it is raining, there [are] hardly patients in the outpatient clinic. It is also difficult for the medical team to access the returnee sites and provide healthcare during the rainy season."

The Chadian returnees in Tissi are scattered over several sites with low access to basic services such as clean drinking water.

As vehicular transport has been cut off by the rains, aid agencies are relying on a UN-chartered helicopter to facilitate the movement of vital supplies. The scattered nature of the population is also a problem, and “the conflict dynamics [are] also making it difficult to reach the people", Grant noted.

In July, wounded people in the bush were unable to access care. "In addition, the security environment is volatile, making it particularly challenging to implement medical and humanitarian activities... We also need to think about the safety of our staff," she said.

The MSF project in Tissi also covers the southern Abgadam refugee site, but the poor road conditions make the trip difficult. In the Abgadam camp, MSF’s Grant said, there are just three doctors for the refugees. Just over 18,000 Darfur refugees were registered in Abgadam in 2013.

Before the rainy season, the UN Children’s Fund (UNICEF) set up five health posts in Tissi with local partner ASSAR. The agency also recruited health assistants and rehabilitated a health centre in Tissi where nutrition support is being provided.

Bruno Maes, the UNICEF representative there, told IRIN “Chad is still experiencing recurrent emergencies such as malnutrition” despite satisfactory crop production in 2012. UNICEF plans to reach 145,000 children under age five with nutritional interventions in 2013. So far, more than 83,000 children have been reached with support from the Ministry of Health.

Food insecurity is not the only cause of malnutrition, Maes noted, explaining that factors such as inadequate sanitation and hygiene, poor access to healthcare, and lack of clean water also play a role. Hygiene-related intestinal parasitic infections among children, for example, can contribute to malnutrition.

IRIN spoke with Amia, a woman who had brought her one-year-old daughter for a check-up at a UNICEF health centre. “My baby has been sick all her life. I brought her to the health centre, and she was treated for malnutrition, then later she developed malaria, but now she is better. Before, she was vomiting,” said Amia. “The baby was also not eating well, but the vitamins [provided] have helped; here, the diet is very poor.”

She added, “Now we come once every week to until we are told that all is well.”

Amia recently followed her husband, a soldier, to Tissi from the area of Massaguet, north of the capital, N’djamena. “I prefer life in Massaguet because water is not always available here. And there, there are many opportunities of getting food such as fruits; here there are no fruits,” she said.

Malnutrition surveillance in Tissi is ongoing, with more cases likely to be recorded towards the end of the year, ahead of the harvest.