Stamping out human rights abuses by the army in the Democratic Republic of Congo (DRC) entails more than classroom training sessions, according to analysts, who recommend a wide range of ambitious reforms.

These include better discipline, an efficient payroll system, the development of security policies, the prosecution of offenders, and better education and training to reform and professionalize the army, also known as FARDC.

Soldiers, including those of 391 Commando Battalion, which was trained by the US army, have been accused of many abuses, most recently the desecration of corpses of M23 rebels, mistreatment of M23 detainees, mass rape, the killing of civilians, sexual violence, torture and the burning of villages, according to the UN and rights groups.

The causes of the violations are many, Timo Mueller, Goma-based field researcher for the Enough Project, told IRIN.

“Throughout the years, tens of thousands of former rebels from a wide range of ethnic groups have been reintegrated into the army without any vetting or human rights training… In eastern Congo, elements of the armed forces often engage in abuses similar to those of militias, exposing the population to grave risks. The frequency, nature and scale of the human rights violations are worrisome and mandate renewed attention and structural reform initiatives...

“With little to no payment, often frustrated by a lack of adequate equipment, housing and general ill-management, and in an environment where the threshold for violence has dropped dramatically, soldiers often use their own weapon to make ends meet,” he said, adding that the absence of any real military justice, civilian oversight or accountability, meant that abuses often went unpunished.

“You can train troops as much as you can with the most efficient team. In the end, if you don’t pay them on a regular basis and provide them with social benefits, it will be very hard to keep a solid discipline among your ranks,” Marc-Andre Lagrange, a senior analyst with the International Crisis Group (ICG), told IRIN.

“Despite the introduction of banking system payment, FARDC soldiers still do not get all of their salaries and do not benefit from any social benefits,” he added.

“Moreover, lack of command and control have been noticed many times on the field during conflicts, leaving the troops with little discipline and very little cohesion.”

In a May report the UN Joint Human Rights Office accused members of 391 Commando Battalion (which in 2010 received US Africa Command training on respect for human rights, the prevention of sexual and gender-based violence, and the relationship between civilian and military authorities in a democratic society) of engaging in atrocities, including the mass rape of women and young girls in November 2012 in Minova, eastern DRC, as they fled Goma for M23-held areas. 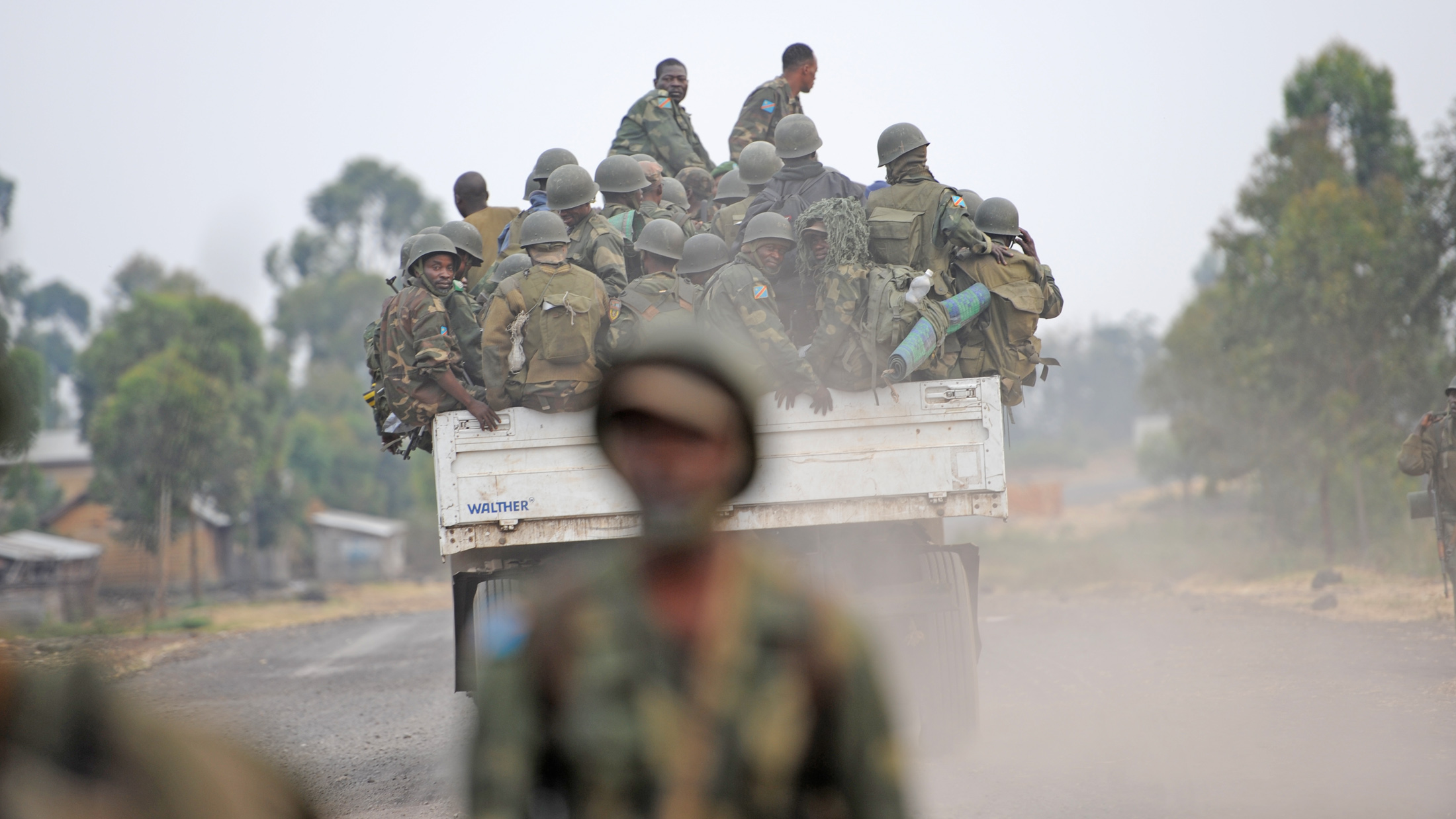 The abuses by the soldiers were committed “in a systematic manner and with extreme violence”, according to the report. At least 102 women and 33 girls, reportedly as young as six, were victims of rape or other acts of sexual violence perpetrated by government soldiers.

The soldiers were also responsible for the arbitrary execution of at least two people and the widespread looting of villages. The report contained details of victims, and eyewitness accounts of mass rape, killings, arbitrary executions and other gross violations of human rights.

The US State Department said it suspended logistical support and contact with the 391 Commando Battalion from 8 March, following UN reports about the Minova abuses.

Will Stevens, a spokesperson of the Bureau of African Affairs in the US Department of State, told IRIN via email that the USA condemned these crimes and called for a “full and credible investigation”. He said the USA could not provide security assistance to military units “credibly accused of human rights violations until the allegations are resolved”.

He said the suspension of 12 senior FARDC army officers was a positive step towards ensuring that those responsible for human rights abuses are held accountable.

“Holding perpetrators to account is essential to ending the cycle of impunity and we urge President Kabila and all Congolese authorities to actively and robustly enforce his zero tolerance policy for human rights violations by the DRC armed forces.”

The US military is to continue providing training to its DRC counterparts.

“The events executed and planned so far this year include training in medical readiness, military justice, logistics, civil-military operations, rule-of-law, ethics, and others,” Maj. Fred Harrel, a press officer with US Africa Command told IRIN.

“This training, requested by the host nation, is designed to be sustainable and build the professionalism of the Armed Forces of the DRC,” he added.

“Security sector reform is a long and daunting challenge but one that must be taken to address a root cause of the prevailing insecurity,” Enough Project’s Mueller, told IRIN.

“Units of the army have undergone numerous but patchy and uncoordinated human rights trainings. An army-wide, gender mainstreamed education campaign on human rights, humanitarian law and military justice must be embedded into a wider security sector reform,” he said.

He said that ensuring discipline within FARDC required “a multidimensional and holistic institutional overhaul, spanning the military, police and judiciary as well as other agencies”.

Meanwhile, donors should harmonize their efforts and mobilize greater resources, he said.

“Over the years, the government and international donors have initiated several reform packages but they have largely failed because of lack of political will, donor coordination and funds,” said Mueller.