The UN and the African Union must step forward and take decisive action to stop Sudan from committing war crimes against civilians in Blue Nile State, says a new Amnesty International report, dismissed as “false” by Khartoum.

“There has been no acknowledgement by the [UN] Security Council of the fact that Sudan is carrying out indiscriminate aerial bombardment. They need to press Sudan to stop,” Jean-Baptiste Gallopin, Amnesty International’s Sudan researcher, told IRIN.

He said the international community had a responsibility to press Sudan to cooperate with the International Criminal Court (ICC), which has indicted President Omar al Bashir and six others over crimes committed in the western Sudanese region of Darfur.

“Much of what we are seeing in Blue Nile and South Kordofan follows a similar pattern to the Darfur conflict and Sudan's decades-long conflict with South Sudan. The people responsible for government policy in those conflicts - President Bashir, Defence Minister Abdel Rahman Hussein and Ahmad Harun, who is now [the] Southern Kordofan governor - are still in charge, and unless the ICC's arrest warrants are implemented, there is little deterrence for present crimes,” he said.

The conflict in Blue Nile State is closely linked to - and started soon after - the 2011 conflict in South Kordofan between the Sudan People’s Liberation Movement-North (SPLM-N) and the Sudanese government. The SPLM-N objects to the marginalization of the region’s people and delays in “popular consultations” to determine the future of the two states; these consultations had been agreed to in 2005 under the Comprehensive Peace Agreement (CPA).

More than 200,000 people from South Kordofan and Blue Nile states have fled into South Sudan and Ethiopia, according to the UN. The fighting has displaced or severely affected some 275,000 people in government-controlled areas of South Kordofan and Blue Nile, and another 420,000 in rebel-held areas, according to the UN Office for the Coordination of Humanitarian Affairs (OCHA).

Amnesty’s new report - “We had no time to bury them”: War Crimes in Sudan’s Blue Nile State - contains new satellite imagery and eyewitness testimonies from rebel-held areas of the state that allegedly prove that the Sudanese Armed Forces has used scorched-earth tactics to expel the civilian population.

“The Ingessana Hills, the birthplace of rebel leader Malik Agar, have been particularly hard hit. During the first half of 2012, the Sudanese government carried out a deliberate scorched earth campaign of shelling, bombing and burning down civilian villages in the area, and forcibly displacing many thousands of people. Some civilians who were unable to escape were burned alive in their homes; others were reportedly shot dead,” the report states, adding that “now, the only signs of life in these villages are Sudanese military positions”.

The statement said the “reality of the situation on the ground” contradicted Amnesty’s report, which it said was geographically inaccurate, out of date and lacking in “scene of the crime” evidence.

This was because “there was no scene of the alleged crime” the statement cited Saad as saying, adding that the Sudanese military had in fact provided security to citizens and farmers in Blue Nile to protect their harvests. 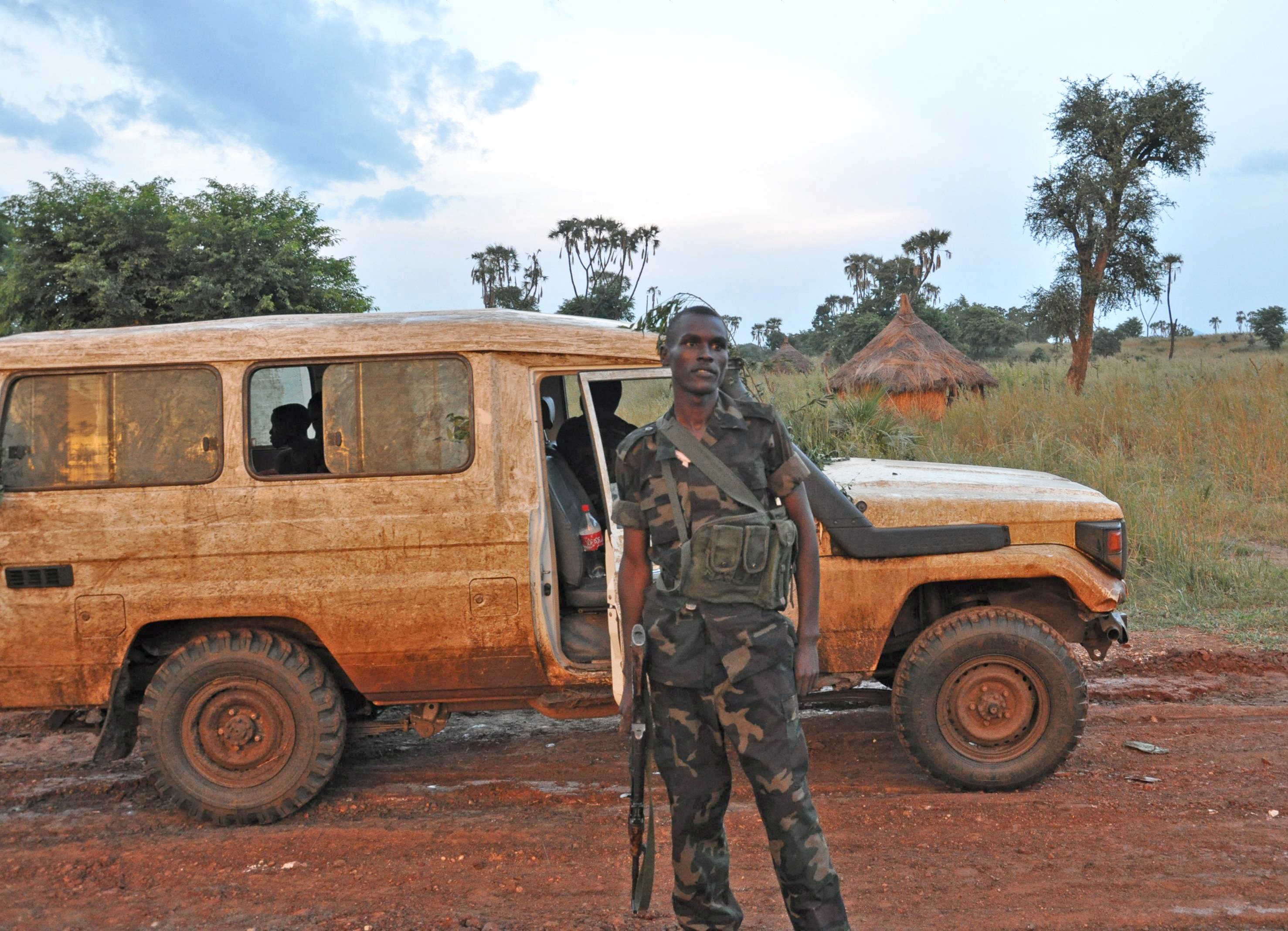 Media reports indicated that on 11 June, Sudan's oil ministry ordered oil companies to block the export flow of South Sudanese oil on orders from al-Bashir over South Sudan’s alleged support of the SPLM-N. The government of South Sudan denies any support to the rebels.

Matthew Leriche, a Sudan expert who visited Blue Nile in December 2012 and says he found civilians there “living in constant fear”.

“The most apparent [crime] is the use of what is essentially a terror campaign to freeze the population and render them unable to take care of the basics of daily life. This terror campaign is causing persistent hunger and suffering and has been the direct cause of displacement of populations and prevented people from returning to their homes,” he told IRIN in an email. “This massive displacement appears to be a clear tactic, that is to clear any peoples in any way connected to opposition groups from Sudan.”

He added: “The rudimentary nature of these aerial bombers - basically rolling makeshift explosive devices out the back - means the targeting must be of a general nature. That is to say, they are dropping them on populated areas and any areas with any buildings; this means schools, markets, and such. This kind of indiscriminate attack is a clear violation of international humanitarian law.”

Amnesty’s Gallopin said they had noted some violations by SPLM-N, especially the use of refugee camps to forcibly recruit men into their ranks and to divert food aid, but “the scale of the crimes committed by the Sudanese government can be considered war crimes and might be crimes against humanity”.

In May, Valerie Amos, the UN’s Emergency Relief Coordinator, said she hoped direct talks between the government and the SPLM-N would “resume soon and that they will lead to a resolution of the conflict so that people can return to their homes and start to rebuild their lives”.

Leriche says the AU and UN should demand that Khartoum abide by its existing obligations under the CPA. “There was a clear agreement that has been consistently flouted by the government in Khartoum. As key guarantors of the CPA, the UN and AU need to press Khartoum to stop accosting and terrorizing its own people,” he said.

“A transformation of the state, as the CPA should have brought about, is what is needed for there to be real peace. The various opposition political parties and groups have to be allowed to be a part of the power structure in Khartoum, and people need to be allowed to live without consistent attack and harassment,” he added. “As a minimum starting point, the government should allow humanitarian access not just to areas it controls but to the entire state.”

As the conflict continues, hundreds of thousands of civilians remain without access to humanitarian support. An August 2012 Memorandum of Understanding among the Khartoum government, the SPLM-N, and a tripartite mediation group of the African Union (AU), the League of Arab States and the UN failed to secure safe passage of relief supplies to areas of South Kordofan and Blue Nile controlled by the rebels.

The Amnesty report noted that in the interim, and as a matter of urgency, UN agencies and international agencies needed to be allowed access to civilian populations in need in all areas of Blue Nile “to facilitate the provision of all necessary assistance to civilians affected by the conflict, including food, shelter and medical care”.