Earlier this year Denis Ouedraogo, a tailor living in the Tampouy neighbourhood just north of Burkina Faso’s capital Ouagadougou, connected his mud-walled home to the water network for the first time. “Even without electricity, having enough water can make you happy,” he said.

He is among 1.9 million people to have connected to the government water grid since 2001, thanks to major changes in how the National Office for Water and Sanitation (ONEA) delivers water to urban Burkinabés.

In 2001 just 73,000 Burkinabés could access clean water, according to research by Peter Newborne at the Overseas Development Institute, which is trying to track and communicate examples of progress on development.

In 2002 just half of Burkina Faso residents had access to clean water. In 2008 (the latest statistics available) this had risen to 76 percent - 95 percent in urban areas. The plan was to reach the Millennium Development Goal (MDG) to double the number of those with access to clean water, in this case to 87 percent, by 2015. Those tracking water, sanitation and hygiene (WASH) progress in Burkina Faso, say the goal will be surpassed.

A number of factors made this possible: ONEA was nationalized and restructured in 1994 following a period in which it had become unprofitable and poorly functioning. The new national company ran along commercial lines, instilling a culture of performance and efficiency, said Newborne.

The second priority was to find a bulk water supply, in this case by building the Ziga dam 45km from the capital.

A mixture of government grant funds (from France and other European donors) and concessionary loans at low interest rates (predominantly from the World Bank), provided the required finances. This helped them bring costs down: for instance, connecting to the grid now costs a household US$61, down from on average $400 in the 1990s, according to ONEA’s chief operating officer, Moumouni Sawadogo.

Next came the work: building a network of pipes throughout Ouagadougou, including in the city’s unzoned [unplanned]  suburbs, which house one third of the capital’s residents and had hitherto been overlooked in terms of household water supply.

Now, with a steady income and an 18 percent leakage rate, ONEA is one of the best-performing water utility companies in sub-Saharan Africa, according to the World Bank.

While targeting unzoned areas upped the percentage of urban dwellers who could access clean water (thus helping to meet the MDG), it did not ensure that water was affordable.

Now ONEA needs to try to target the poor, as it pledged to do in an initial equity strategy agreed with the Ministry of Water and Sanitation.

As part of its strategy, ONEA built 17,290 wells and standpipes for some areas without household-level connections. Water from a standpipe costs 60 CFA (11 US cents) for a 220 litre barrel (transported on wheels). But the very poor cannot afford such barrels, turning instead to water vendors who sell the same amount for 200-500 CFA (40-98 cents) depending on the season.

Thus paradoxically, the poorest families pay up to eight times more than others for their water.

A stand-pipe on the outskirts of Burkina Faso's capital, Ougadougou 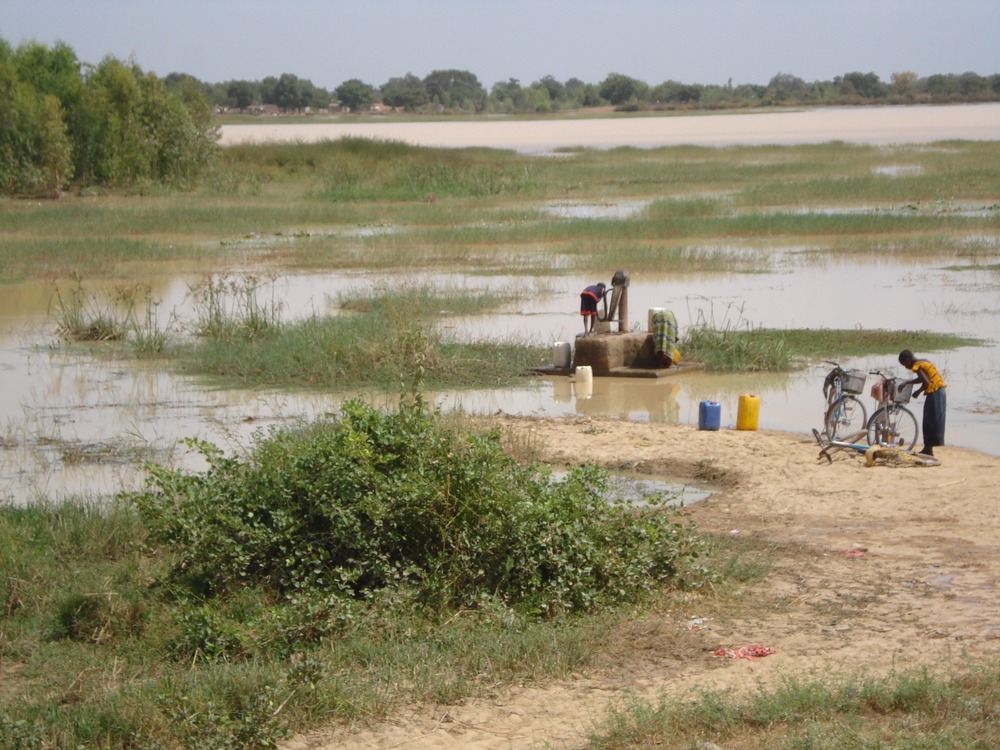 At the moment, all households are charged the same connection tariff. “Is this equitable? We think not,” said Newborne. “You could means-test it; you could waive the connection charge for some; or charge the first X cubic metres at a different rate,” he suggested, adding that lower-income households could pay bills weekly or on a pay-as-you-go basis, to keep track of costs. “Think of how mobile phone companies have fixed their pricing plans to be accessible,” he said.

The concern is that households who experience running water for the first time may use more than they can afford, then falling behind  and drop off the grid, said WaterAid’s Kouanda. This happened to 6.8 percent of Ouagadougou’s ONEA customers in 2009.

Families must be made aware of this risk, said Kouanda. But many customers are so nervous of this happening, that they practice their own careful monitoring.

Ami Sidibé, who lives in Somgandé neighbourhood, which was connected to the water mains three months ago, said she continues to fill jerry cans - using tap water - to monitor her household’s use. “I’ll do anything to avoid returning to the situation before,” she told IRIN.

No studies have yet been published linking the spread of the water network with the incidence of disease, but some Somgandé residents who were recently connected to the grid said their children were falling sick less frequently. Water-borne illnesses are among the top five reasons for children’ health visits, according to the Health Ministry.

Future challenges will include how to extend such networks to rural areas, which are currently under-serviced in terms of clean water: 72 percent of rural Burkinabés access clean water, versus 95 percent of city residents.

According to a just-published report Progress on Sanitation and Drinking Water 2013 Update by UNICEF and the World Health Organization, striking disparities remain between rural and urban water access, with rural communities making up 83 percent of the global population without access to an improved water source.