Pastoralism is often regarded as an antiquated practice ill-suited to the modern economy, yet trade between pastoral communities in Africa - much of it informal and illegal - generates an estimated US$1 billion each year, according to a new book published by the Futures Agriculture Consortium.

“If we shift our gaze from the capital cities, where the development and policy elite congregate, to the regional centers and their hinterlands where pastoralists live, then a very different perspective emerges. Here we see the growth of a booming livestock export trade, the flourishing of the private sector, the expansion of towns with the inflow of investment, and the emergence of a class of entrepreneurs commanding a profitable market, and generating employment and other business opportunities; and all of this driven without a reliance on external development aid,” said the authors of the study.

Pastoralism contributes between 10 and 44 percent of the GDP of African countries. An estimated 1.3 billion people benefit from livestock value chain, according to the International Livestock Research Institute.

“Pastoralism contributes to the livelihoods of millions of people across Africa, in some of the poorest and most deprived areas. It is a critical source of economic activity in dryland areas, where other forms of agriculture are impossible,” Ian Scoones, from the Institute of Development Studies, told IRIN.

Ced Hesse, a researcher at the International Institute for Environment and Development (IIED), told IRIN that in East Africa alone, “pastoralism directly supports an estimated 20 million people” and produces “80 percent of the total annual milk supply in Ethiopia, provides 90 percent of the meat consumed in East Africa, and contributes 19 percent, 13 percent and 8 percent of GDP in Ethiopia, Kenya and Uganda, respectively”.

"Not all those in pastoralist areas can be involved directly in the growing, vibrant livestock trade that feeds the burgeoning cities across Africa"

He continued, “This is an enormous contribution to the regional economy, but often is unrecognized.”

IIED’s Hesse explains why little attention is paid to pastoralists’ contributions: “The benefits that pastoralism brings are invisible to most governments because the methodologies they use for assessing economic activity and growth, the most popular being GDP, are not adapted to pastoralism.”

“A ‘total economic valuation’ framework is needed. When Intergovernmental Authority on Development, IGAD, used this methodology to calculate the contribution of livestock to the Kenyan economy, they found livestock’s contribution to agricultural GDP is about two and half times greater than official estimates,” Hesse said.

“Kenya’s livestock were under appreciated and no attempt to enumerate it had been made for decades,” the IGAD report said.

Experts like Scoones say the rapid urbanization in Africa will continue to provide increased market opportunities for pastoralists. Not all will benefit from the direct sale of livestock, but there are opportunities for diversification.

“There are spin-off benefits from such trade, including opportunities for engaging in diversified activities, including processing animal products, providing transport, fodder and marketing support, and offering services in the growing small towns in pastoral areas,” said Scoones.

“Not all those in pastoralist areas can be involved directly in the growing, vibrant livestock trade that feeds the burgeoning cities across Africa,” Scoones added.

Yet other than reports of pastoralists suffering from poverty and climate-related shocks, pastoralism receives little attention from national governments or the media.

Of the reporting that does exist, much is negative, according to Media perceptions and portrayals of Pastoralists in Kenya, India and China, an April 2013 IIED report.

Turkana youths in northern Kenya, near the Sudanese border. Small arms such as the AK-47 are widespread among pastoralist communities in east Africa, where increasingly severe and unpredictable drought has contributed to an increase in conflict between di 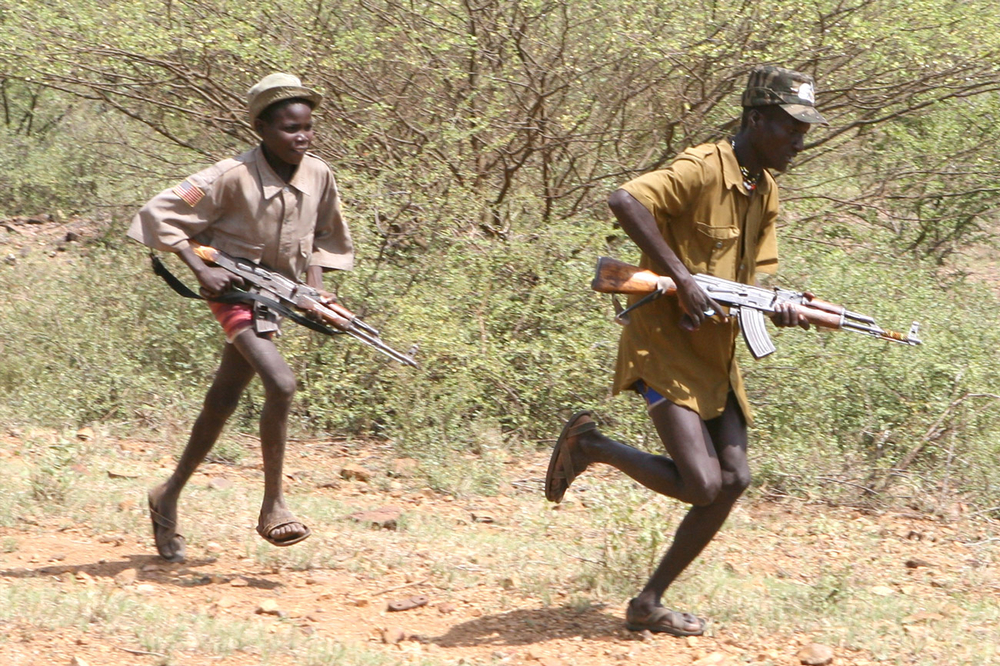 In Kenya for instance, 93 percent of news articles on pastoralist analyzed by the authors were about drought and conflict. Fifty-one percent of articles mentioning conflict presented pastoralist as the cause of the problems rather than the victims of conflict.

In India, on the other hand, 60 percent of articles reviewed portrayed pastoralists as victims “who have lost access to grazing land because of the growth of industrial agriculture, the dominance of more powerful social groups, and limits to grazing in forested land, among others.”

The bad press has generated calls for pastoralist communities to change their lifestyles.

Media reports also fail to mention the environmental benefits of pastoralism, which can contribute to biodiversity conservation, and the role it plays in making food systems resilient by, for example, preventing overreliance on drought- and flood-vulnerable crops.

“The media tends to portray pastoralists as a source of problem or as lost causes, yet most media articles about pastoralists do not even quote the pastoralists themselves. The media portrayals paint a partial picture, one that rarely mentions the important economic and environmental benefits of pastoralism, or the way that herder mobility helps increase the resilience of food systems in a changing climate, so that even distant consumers in cities benefit,” Mike Shanahan, communication specialist and author of the study, told IRIN.

Minorities Rights Group International observed in its 2012 State of the World’s Minorities and Indigenous Peoples report that pastoralists are being forced to abandon their livelihoods by national governments. Experts see an increase in the phenomenon of land grabs, in which pastoralists and minority groups are driven out of their lands to pave the way for development projects considered more “viable”, such as large-scale irrigation projects.

Some experts, like IIED’s Hesse, say there is a case for modernizing pastoralism - not in the “sense of settling them or turning them into ranchers”, but by focusing on the “logic of pastoralism’s production strategies that allow it to produce the benefits in arid and semi-arid environments characterized by rainfall variability.”