“Access to IDPs [internally displaced persons] is being seriously hampered by ongoing intimidation [of aid workers] by some members of the local community,” noted the UN Office for the Coordination of Humanitarian Affairs (OCHA) in Yangon.

The majority of the displaced are Rohingya, but there are also hundreds of Buddhists among them, according to government estimates.

“In the current climate of tension, threats and intimidation by some radical elements of the Rakhine population, implementing partners face major difficulties in retaining and recruiting national staff,” said Mathias Eick, the Southeast Asia spokesperson for the European Commission Humanitarian Aid and Civil Protection department (ECHO), which has contributed more than 8 million euros to assist Rakhine and Rohingya communities in Rakhine State.

Verbal harassment is mostly directed at local aid workers - both Buddhist and Muslim.

“National staff may be targeted in inter-ethnic communal violence because of their ethnic identity, and not protected because of their status or role as an aid worker,” Larissa Fast, a researcher at the US-based Kroc Institute for International Peace Studies, and co-author of a recent report on dangers faced by humanitarians worldwide, told IRIN.

Another barrier to humanitarian aid delivery is the government's stringent rules on aid workers’ movements and permits to reach vulnerable communities. But while the government has assured international aid organizations and donors they will have unfettered access to IDPs, "threats from Buddhist Rakhine communities against UN agency staff and iINGO [international NGO] workers" have continued, said Phil Robertson, Human Rights Watch’s deputy director for Asia. He added that workers’ families are also vulnerable.

Sectarian violence between Muslims and Buddhists has plagued Rakhine State since a previous head of state, Ne Win, embarked on a campaign in the 1960s to define the country's national identity as Burman and Buddhist. Described as "Bengali settlers", the Rohingya ethnic group, who are mostly Muslim, were excluded.

Longstanding, and at times state-sanctioned, persecution of Rohingya has led to increasingly segregated communities. The Rohingya were rendered stateless in 1982 by a law denying them citizenship, and in northern Rakhine State, their freedom of movement is limited to three townships.

A young Rohingya girl looks to the camera at an IDP camp in Sittwe. More than 100,000 residents in western Rakhine State were displaced by intercommunal violence in 2012 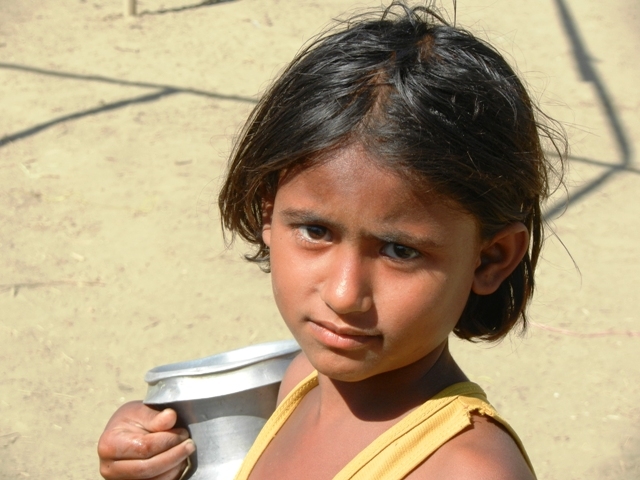 Two waves of sectarian violence between the Rohingya and their Rakhine Buddhist neighbours in June and October 2012 killed almost 200 people, destroying up to 10,000 homes and displacing some 127,000, according to the UN.

Roughly 25,000 Rohingya have fled Myanmar by boat to India, Malaysia, Sri Lanka and Thailand since the June 2012 outbreak of violence, according to the Arakan Project, an NGO that advocates for the Rohingya.

Meanwhile, leaflets, protests and speeches by radical members of the Buddhist Rakhine community have spread anti-Muslim and anti-Rohingya rhetoric, according to NGOs and donors.

Tomas Ojea Quintana, the UN Special Rapporteur on human rights in Myanmar, voiced concerns on 28 March about such hate speech following an outbreak of inter-communal violence in the country’s central Mandalay State.

While local media have reported that the Myanmar government has deployed more than 6,000 police and border security troops, along with 51 military regiments, to Rakhine State “nothing has been done to rein in the agitators of violence,” said Chris Lewa, director of The Arakan Project.

Despite the insecurity, there are still 10 international agencies operating in some 90 camps for the displaced in Rakhine State, according to the government.

“The most urgent needs are for food, shelter, medicine and school for children - in that order,” said Oddney Gunmaer, founder and advocacy director for Partners Relief & Development, an international NGO that has provided emergency aid in Rakhine State for the past six months.

Tens of thousands of IDPs are estimated to be living in “rudimentary shelters” in unregistered areas, according to Partners. They receive little or none of the government and international assistance delivered to official camps, said the NGO.

Shelter for unregistered IDPs, many of them living in thatched straw huts at the margins of official camps, is urgently needed as the monsoon season will start in May.

Acute malnutrition, both global and severe, is another critical issue, with the former affecting 23.4 percent of children under age five in Sittwe, Rakhine State’s capital, putting 2,000 children at risk of death, according to the UN Children's Agency (UNICEF), based on a July survey.

“A four-and-a-half-year-old boy visited our clinic in December; he hadn't eaten anything other than water for 15 days and weighed only 6kg,” said Gunmaer.