Despite a decent harvest and pasture coverage for livestock, aid agencies say they and donors must not underestimate vulnerability in Mauritania, having admitted they seriously underestimated the extent of the crisis in 2012 due to inadequate assessment systems and insufficient alarm calls to donors to respond.

“We underestimated the size of the crisis - everyone: the international community and all of our partners,” said Alain Cordeil, head of the UN World Food Programme (WFP), in a recent phone interview from the capital Nouakchott. “We are recognizing this and acknowledging the mistake.”

In 2011 agricultural production dropped by an “incredible” 40 percent, according to WFP. “This had never been seen in the past,” said Cordeil.

WFP geared up to provide a large-scale response in April 2012 but prior to that many people had been left with very little or no assistance for almost one year. “They were very vulnerable.” WFP admits that it responded to the problem very late.

Following good rains, this year food production of rain-fed cereals (rice, millet and sorghum) is 25 percent higher than the past five-year average in Mauritania, according to the January-June forecast by USAID’s famine early warning system (FEWS NET), while produce from flood-plain (`décrue’) plantings is still being harvested. The price of imported cereals - which provide Mauritania with 70 percent of its grain needs - is more or less stable.

This is mainly because the number of estimated food insecure people has gone up from the initial 700,000 at the beginning of 2012 to 1.1 million, partly because of accumulated vulnerability from 2012.

“In 2013 it won’t be the crisis that is the issue, it will be the effects of the [2012] crisis,” said Sandrine Flament, head of Action Against Hunger (ACF - Spain) in Mauritania.

Some 72,000 Mauritanians are predicted to be moderately or severely malnourished in 2013.

Country-wide food security and nutrition assessments are performed biannually in Mauritania - usually in December and June, but a lot can happen in those six months and more frequent assessments are needed to show the evolution of a crisis, said WFP.

"We were blind. In between the six months you can’t see an evolution."

The December 2011 food security assessment in Mauritania put the number of hungry at 800,000 but this had shot up to 1.2 million by July 2012. Cordeil says the number could have been even higher; 2013 needs have stuck closer to this figure.

“We were blind,” said Cordeil. “In between the six months you can’t see an evolution.”

Food security assessments are expensive at $90,000 a go, while SMART nutrition surveys cost $150,000. “We don’t have the resources to add more,” said Cordeil.

But agencies are starting to make changes. WFP has been discussing setting up a monitoring unit with the government’s Food Security Commission (CSA), which would put in place observation points in vulnerable areas: each month CSA would conduct limited, targeted household surveys to give a snapshot of some of the bigger trends.

ACF also advocates better monitoring in target areas, calling for weekly market and nutritional status analyses. It is currently working on a pilot scheme to aggregate better malnutrition data that can be sent via SMS to enhance real-time monitoring.

Staff IRIN spoke to said they hoped better information would enable them to put their arguments across more forcefully to donors in future. Another “image problem” is due to the country’s relatively small population. “Given $1, donors would prefer to give it to Burkina, which has three to four times more people than Mauritania,” said Cordeil. (Burkina Faso has an estimated 17 million people, Mauritania 3.3 million).

As of end of 2012 the harvest in Mauritania was far better than 2011 due to decent rains. Fields outside of Kaedi in the Gorgol region 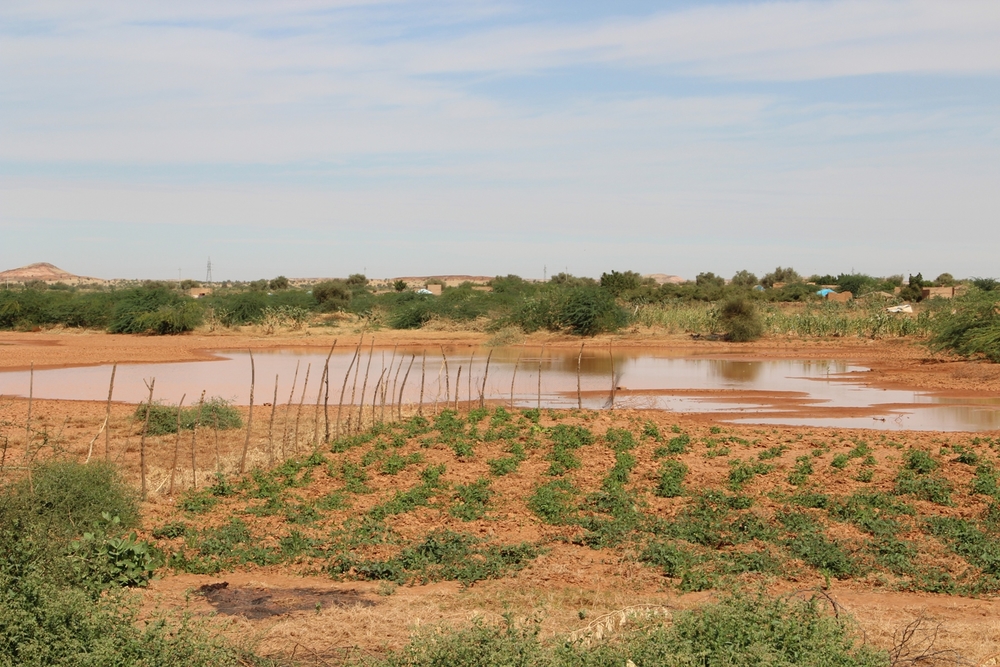 The relatively low numbers (while 700,000 people in Mauritania were initially ascertained to be food insecure before the figure shot up, the number in Niger was 6.4 million and in Mali 4.6 million) often lead aid agencies to instinctively limit funding appeals, practising a form of self-censorship. “There is a psychological barrier preventing people from asking for too much, so we just say let’s do what we can with the little that we have,” said Cordeil.

FEWS NET predicts many heavily indebted farmers will be able to reduce their debt burden this year, and potentially build up village grain stocks. But it also predicts humanitarian aid, which was crucial for many in 2012, is likely to drop in 2013, leaving some - particularly the minority who have suffered a poor harvest this year as well - very vulnerable.

IRIN spoke to farmers in December 2012 whose harvests were ruined by flooding when their dykes burst. FEWS NET says others lost the seeds they planted to grasshoppers and birds. Pastoralists will also likely face severe problems accessing pasture as much of the border with Mali will be more or less inaccessible due to the Mali crisis.

The 2013 Sahel appeal stresses resilience and the need to address root causes of hunger and poverty. But while 2013 looks set to be a better year than 2012, the chronic vulnerability that farmers and pastoralists face, set against the emphasis to-date on short-term emergency solutions, has had very little to do with resilience thus far, said ACF and WFP.

“They are talking about resilience,” said Cordeil, “while here, the population is dying.”