Fear and rumour are rife in Mali as French military air strikes against Islamist militants continued for the sixth day in the centre and north of the country.

Information is limited on the number of Malians who have fled the violence, or fear being caught in clashes, but the UN Office for the Coordination of Humanitarian Affairs (OCHA) estimates at least 30,000 people have abandoned their homes in recent days.

The UN Refugee Agency (UNHCR) says according to rough preliminary estimates, 1,230 people have fled to Niger, Burkina Faso and Mauritania, 90 percent of them women.

Refugees arrived in eastern Mauritania from Léré and surrounding villages; in Mangaize camp (north of Ouallam), as well as in Banibangou and Tillabéry towns and the Tillia area in Niger; and in Damba and Mentao camps, as well as the second-largest town, Bobo Dioulasso, in Burkina Faso.

Many people have fled Konna, Amba, Boré and Douentza in Mopti Region, where intense fighting took place on 12-13 January, according to eye-witnesses. The International Committee of the Red Cross (ICRC) assessed 445 arrivals in Mopti and Sévaré, most of whom were staying with host families.

“People are continuing to flee for the south for fear of reprisal killings from Islamists who are now assimilated among the local population, and for fear of French attacks,” said a journalist and resident in Sévaré, Mamouou Bocoum. “I understand them, we are in a really difficult situation here.”

According to a partner of UNHCR, local NGO the Commission on Population Movements in Mali, unconfirmed estimates indicate 5,000 people - half of Konna’s population - have fled across the River Niger.

Recent movements add to the 400,000 Malians already displaced across the region.

Islamists remain in Konna and Diabaly - both scenes of heavy fighting - many of them embedding themselves within the civilian population, according to French forces and eye-witnesses.

Civilians and humanitarians are deeply concerned that civilians could be mistakenly targeted in the fighting.

More French ground troops are arriving imminently, bringing French forces up to 2,500. French military chiefs have said they will do their utmost to avoid civilian casualties.

The wide dispersal of Islamist groups into the population has humanitarians worried that the combat zone will continue to widen, and humanitarian access continue to shrink, NGO workers told IRIN.

Mali head of NGO Catholic Relief Services (CRS) Sean Gallagher said staff are very concerned about accessing the displaced in Mopti Region, as the French and Malian military are getting increasingly restrictive.

A number of aid agencies suspended their operations in Mopti Region during and after the fighting in Konna and Douentza, angering some locals. Journalist Mamouou Bocoum told IRIN: “The humanitarian organizations have left town for security reasons - that’s not right. It’s now that we need them here to help the displaced.”

CRS pulled out of Sévaré temporarily but plans to continue working in the region and supporting the displaced with food and possibly cash transfers, once it has finished assessing the situation, Gallagher told IRIN.

ICRC and the Mali Red Cross are currently trying to step up their distributions of food aid, medical care and water to people in the north and in Mopti Region, said spokesperson Germain Mwehu.

“Our major concern is that this intervention is taking place in a [northern] context that has already seen a food security crisis, and very difficult humanitarian conditions,” Mwehu told IRIN.

As of 14 January just US$2 million of the $370 million needed had been raised to cover humanitarian operations in Mali in 2013, according to OCHA. 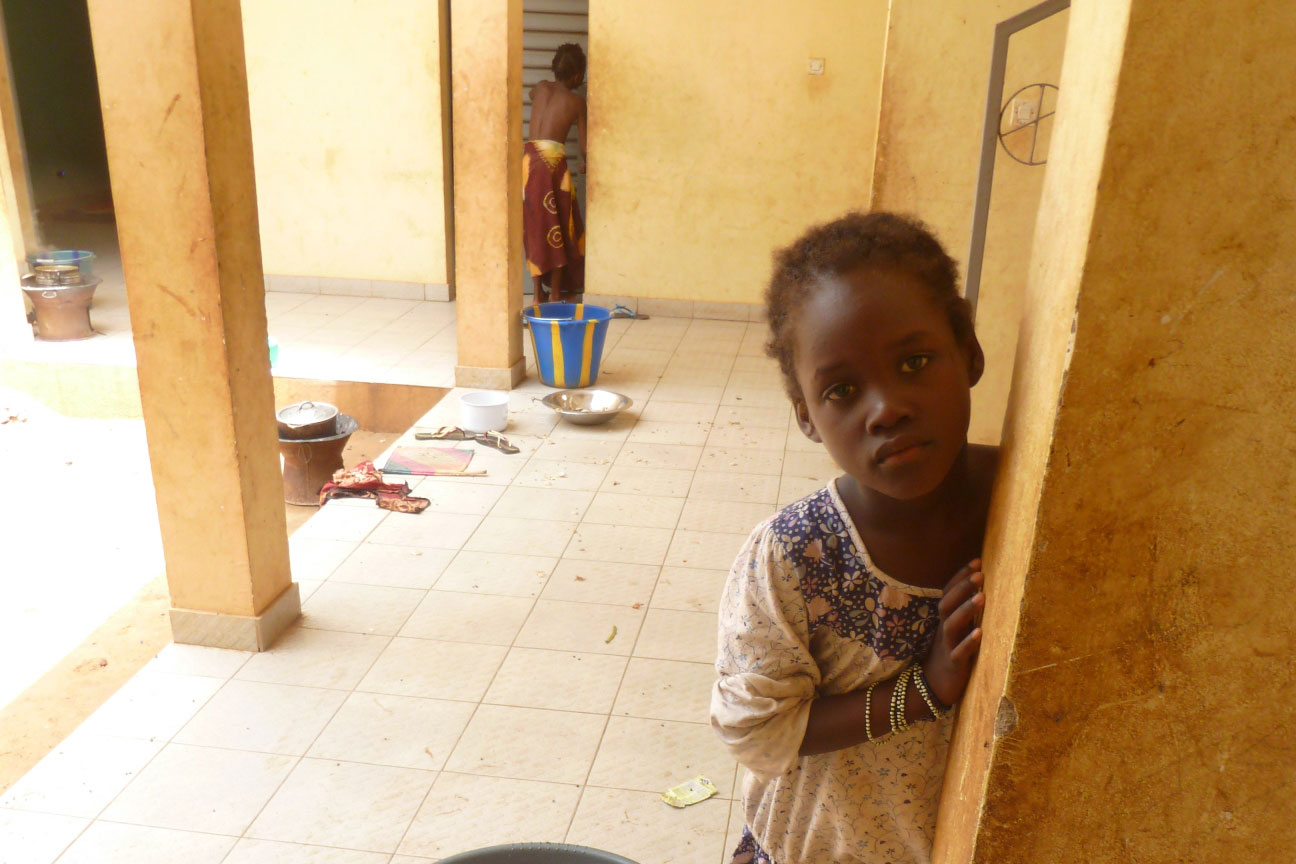 Since mid-2012 scores of displaced Malians have been living in these Red Cross tents in Sévaré (file photo) Hundreds of residents of Kidal Region’s main towns, Kidal and Tessalit, fled into the bush where they have set up small camps.

Doctors of the World (MDM) desk officer Olivier Vandecasteele told IRIN: “Rumour is rife. People [in Kidal Region] are either staying in their homes or fleeing from towns, which puts their access to health care in jeopardy.” MDM, which runs the hospital in Kidal and 20 health clinics across northern Mali, is worried about hundreds of severely malnourished children whose treatment could be interrupted as a result.

MDM has treated 2,050 malnourished children in Kidal and Gao since September 2012 and admitted 400 new infants in Kidal in December alone, said Vandescasteele.

“Populations are exhausting their resilience - it’s been close to a year since their problems started. Families have gone through a major food crisis and a humanitarian crisis, and are now on the move again. This worries us,” Vandescasteele told IRIN. “We should do mobile health teams to reach these people, but we need to do some more security checks before we take the risk.”

Gao residents said Islamist groups fled following the air strikes. Before leaving, they brought 30 or so bodies to the hospital morgue, said Alousseyni Maïga, a teacher in Gao city.

Some residents expressed relief at their departure. Resident Amahani Touré told IRIN: “Thank you God. For two days we’ve worn what we wanted to and felt our liberty again... the religious zealots have been chased out. Let’s hope that they don’t return.”

Telephone lines to Gao have since been cut.

Air strikes have not targeted Timbuktu in the north. NGO Médecins sans Frontières, which works in the hospital there, said they had received patients injured by fighting that was taking place a seven-hour drive away.

In addition to more French troops, the first African troops are to set off within the week from Nigeria to Mali to shore up the French military offensive. Senegal, Niger, Togo, Benin and Burkina Faso have all confirmed they are sending soldiers imminently.

The Economic Community of West African States (ECOWAS), France and its fellow UN Security Council members want to speed up the deployment of a UN-mandated, 3,300-strong West African intervention force in Mali.