The UK Home Office is accelerating its drive for “illegal” migrants and those refused asylum to return home voluntarily – a tactic publicised as more cost-effective and “humane” than forced returns. But how “voluntary” are these returns really? And how have NGOs become complicit in this strategy? 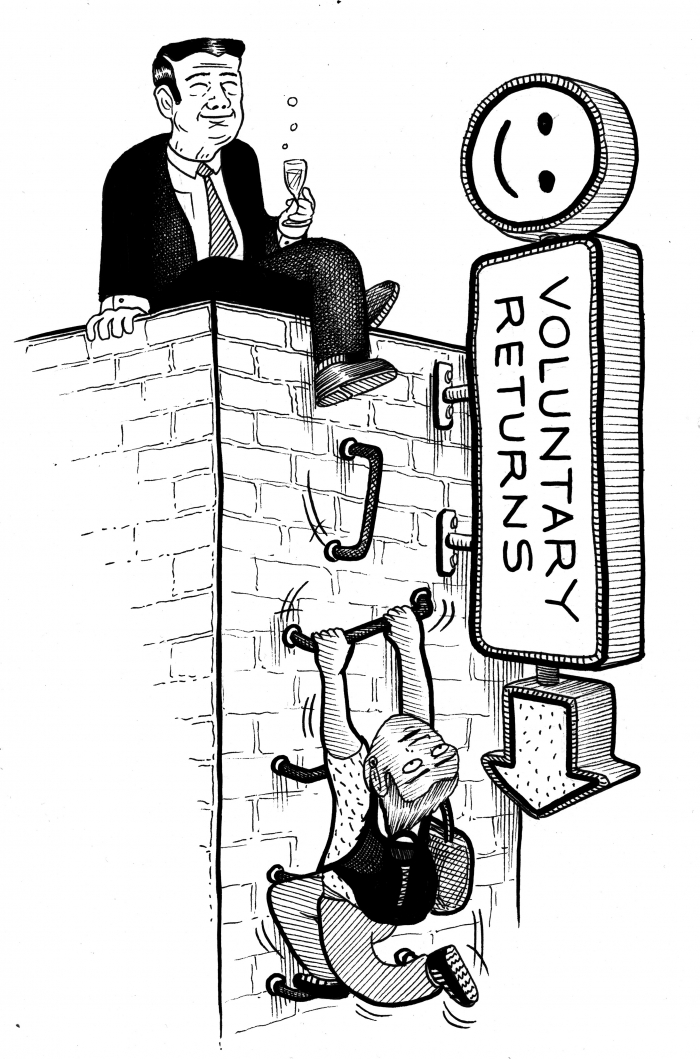 The UK is the only EU country with no time limit on immigration detention. Since being refused asylum, 19-year-old Aamir* from Afghanistan has been held at Harmondsworth Immigration Removal Centre, near Heathrow Airport, for eight months. He has no idea when he’ll be released or deported.

Without adequate access to legal or psychological support in detention, and no release date, Aamir is considering “voluntarily” returning to Afghanistan, a country where a prolonged conflict has worsened in the past year, displacing hundreds of thousands from their homes.

“I can’t sleep or eat. There is no one to talk to. I feel like I’m going crazy,” he told IRIN. “I don’t want to go back to Afghanistan – my whole family is dead there – but I am scared I’ll kill myself if I don’t leave this place soon.”

The primary targets of the UK Home Office’s Voluntary Return Service, though, are people outside of detention who are living on a minimal support grant. In April, as a result of the 2016 Immigration Act, that support – £73.90 a week for families/£36 for single adults and government-contracted housing – will be discontinued for those whose initial asylum claims have been refused.

Although an initial asylum refusal is by no means the end of the legal road (87 percent of refusals of asylum claims by Eritreans were overturned by judges on appeal in 2015), the Home Office encourages people seeking asylum who’ve had an initial negative decision to accept voluntary return in order to avoid destitution. For non-European nationals, destitution is considered a breach of the conditions under which they can legally stay in the UK and can be used as grounds for enforced removal.

Starting in January 2016, the Home Office began running an in-house Voluntary Return Service (VRS). Refugee Action described the change as “part of a wider strategy by the government to strengthen the ‘hostile environment’ and create stronger incentives for voluntary return”.

VRS seeks to “achieve” 31,500 removals over three years, with a budget of £18,638,296. It mainly targets people in the UK “illegally”. Another related programme, called “Assisted Voluntary Return”, provides up to £2,000 to help returnees “find somewhere to live, find a job or start a business” and is aimed specifically at survivors of trafficking, families, unaccompanied minors, people with ongoing asylum cases, and people who have exhausted the appeals process. 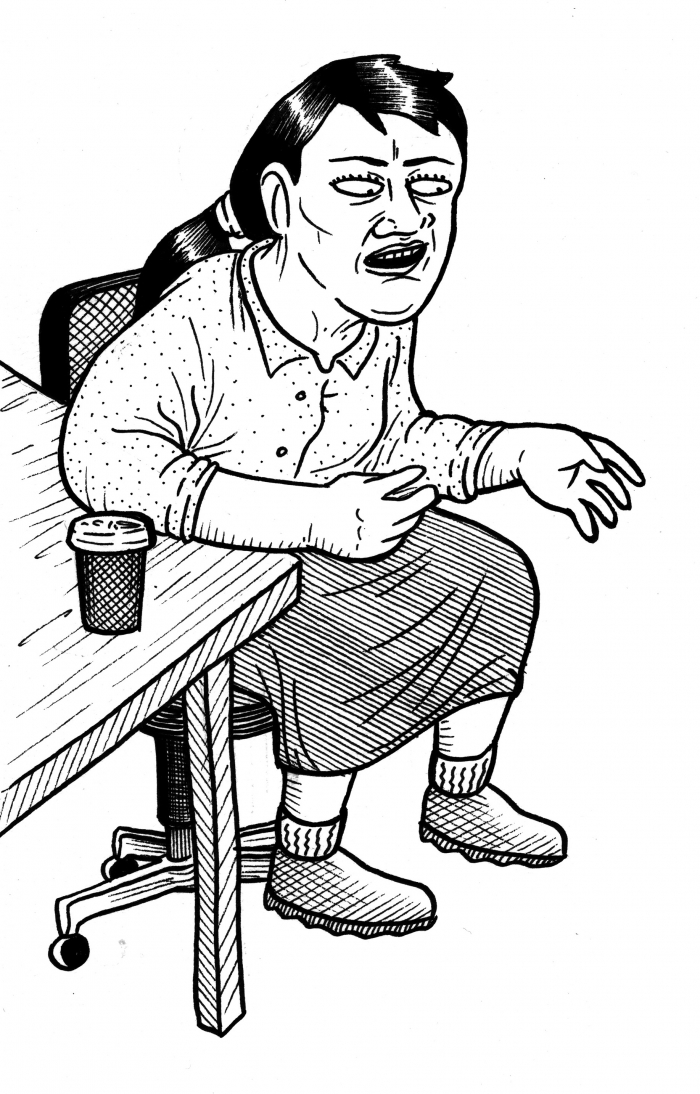 Whilst people who opt for voluntary return may not come into direct contact with restraints, guards, or physical force, the transition to a Home Office-run service has raised concerns about “voluntariness”, particularly when offered to people faced with the prospect of indefinite detention and enforced removal.

Hannah* said the Home Office tried to coerce her and her young child into accepting voluntary return to East Africa by threatening to cut her asylum support when her initial asylum application was refused.

Whilst at her local Home Office reporting centre, Hannah said she was approached by an employee who asked if she would consider returning home “voluntarily” and even offered to help pack her bags and order her a taxi to the airport. According to Hannah, she proceeded to threaten her and her son with deportation if she didn’t accept this “help”, and told her to go away and think about it.

The next time Hannah visited the centre, she told staff she was preparing a fresh asylum claim – evidenced with a letter from her lawyer – and didn’t want to sign documents consenting to “voluntarily” return. She was consequently required to travel more than two hours every day to report at the centre “until further notice”. Once there, Hannah said she faced verbal abuse and intimidation from employees who, in addition to threatening to cut her asylum support, told her she could be arrested if she didn’t comply. Had she given in to the pressure and signed the form agreeing to voluntary return, Hannah would have lost the right to submit a fresh asylum claim and could have faced forced return if she later tried to withdraw her consent. 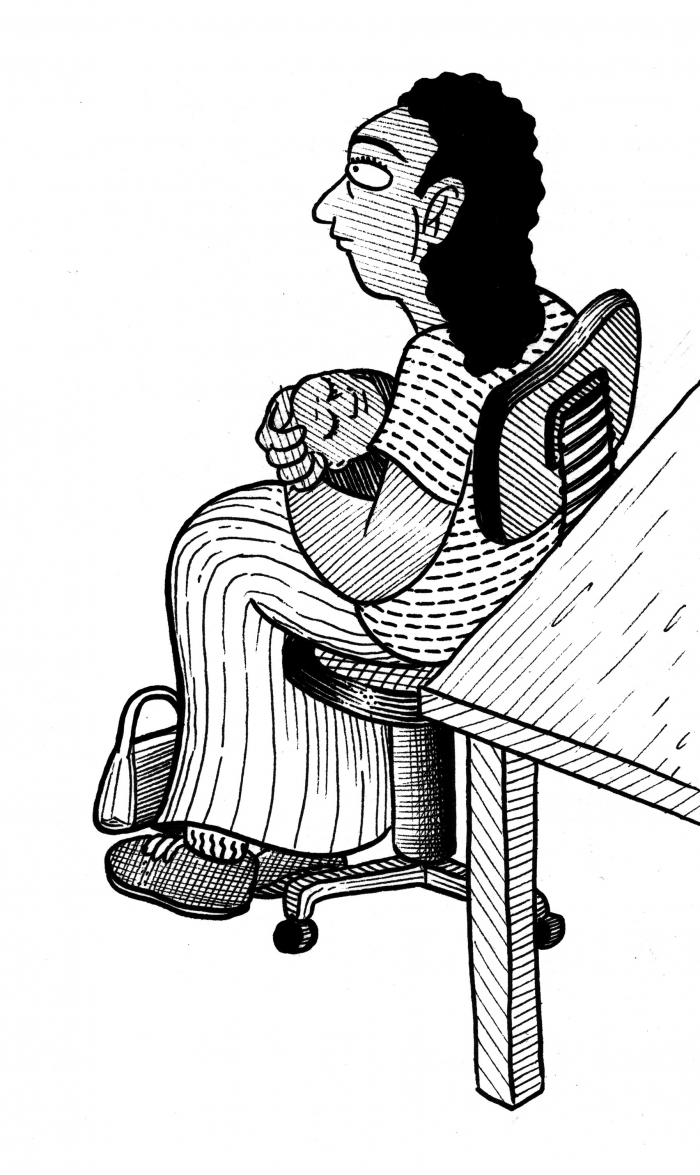 The Home Office refused to comment about individual cases like Hannah's, but IRIN's investigation found that when such tactics fail it looks to trusted organisations to “persuade” people to leave the UK voluntarily. As one senior manager noted in 2014: “It’s a matter of trust; they [NGOs such as Refugee Action] can have discussions with migrant groups that the Home Office can’t… realistically we know that there’s a concern about engaging directly with the government.”

One NGO benefiting from this strategy is Hibiscus Initiatives, a registered charity with “teams” based at the Yarl’s Wood, Colnbrook, and Harmondsworth detention centres. The charity runs an “International Resettlement” project – funded by the Home Office since 2012 – which provides “independent advice to detainees and practical assistance to make resettlement in their home country easier”.

Unlike Refugee Action, which was transparent about its financial relationship with the Home Office, at the time of publication Hibiscus Initiatives did not list the Home Office as one of its funders on its website**. However, its financial statements show that in the year ending March 2016, the Home Office paid the charity a total of £400,000, accounting for 68 percent of its “contract income”.

The Home Office told IRIN it “has no contract with Hibiscus Initiatives” and a spokesperson described the organisation as “a registered charity who provide independent returns facilitation support and advice to non-EU detainees”. But government documents show that the Home Office made 10 grants, each over £25,000, to the charity between August 2015 and August 2016, under the category of “Immigration Enforcement”.

The grants are drawn from the EU’s Asylum, Migration and Integration Fund (AMIF), which lists Hibiscus Initiatives as “State/federal authorities”, and describes the purpose of the project as “to support the UK priority on returns by contributing towards 600 successful, compliant returns per year”.

The NGO’s Trustees’ Report, published in March 2016, notes that the International Resettlement Team “exceeds” these “demanding targets by a very large margin”.

Hibiscus Initiatives claim to have provided a “human and caring service” to 3,115 people at immigration detention centres last year. 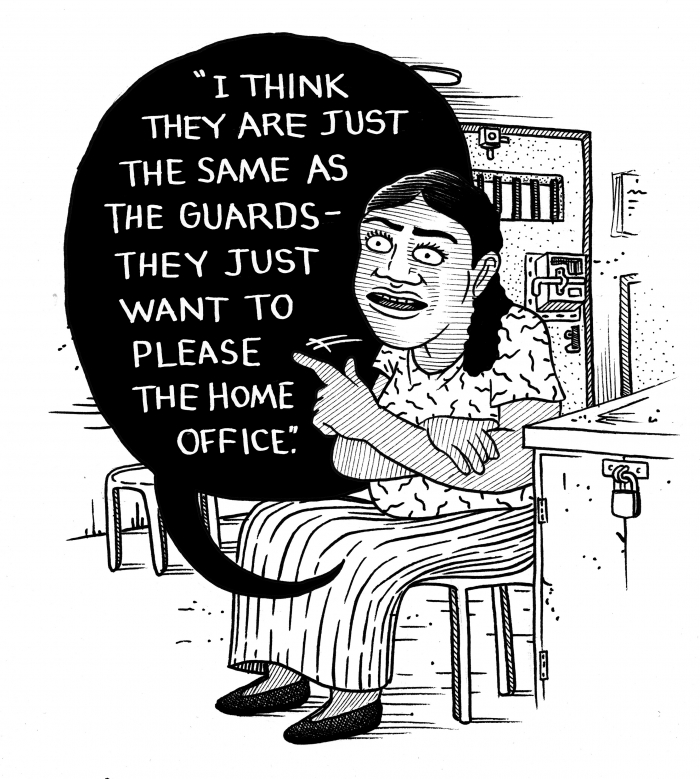 Kayla*, a Zimbabwean woman detained at Yarl’s Wood, recalled her experiences of the charity: “They said that if I don’t return voluntarily I will stay in detention… I don’t feel like they are supporting me; I think they are the same as the guards – they just want to please the Home Office.”

Another detainee, Mark*, talked to IRIN over the phone from Colnbrook detention centre about his encounters with Hibiscus Initiatives: “They kept talking to me about returning voluntarily, returning freely… But I am in detention, how would it be free? They didn’t listen to me when I said I want to fight my case, to stay with my kids here in the UK… All they do is tell me I would be better off leaving… It’s not advice; it feels like a command.” 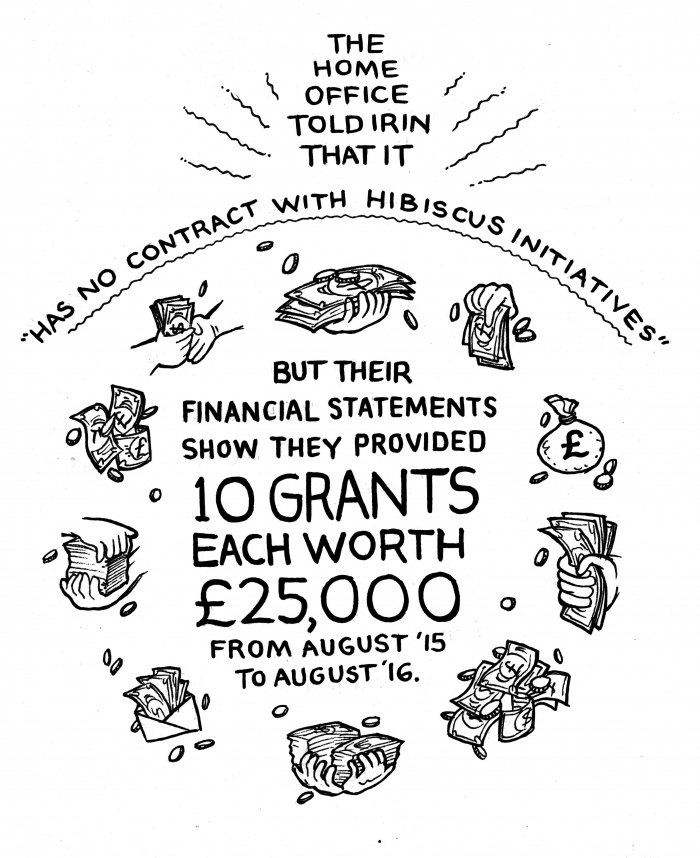 At the time of publication, Hibiscus Initiatives had not responded to several requests for comment from IRIN.

But Frances Webber, a former human rights barrister and vice-chair of the Institute of Race Relations who has written about the politics of voluntary return, noted: “NGOs such as Hibiscus Initiatives… face the dilemma that their concern for people’s safety, wellbeing and rights comes up against, and must cede to, Home Office enforcement strategy, which offers ‘voluntary return’ solely as an alternative to indefinite detention, persisting destitution and enforced deportation. The most they can do is sugar-coat the pill.”

*Names have been changed