This article is part of our in-depth coverage. Read more like this...
KAGOMA

Tens of thousands of people have fled clashes in Democratic Republic of Congo’s northeast Ituri Province over recent weeks, travelling by boat to reach Uganda.

Dozens are reported to have been killed in the violence, in which members of the Lendu community have reportedly targeted Hema and Bagagere citizens. More than 48,000 refugees have arrived since January, and more than 100,000 people remain displaced in the DRC.

It is unclear what triggered this latest unrest in a region that has been relatively calm since 2007. This blog from the Congo Research Group offers some possible causes. Between 1999 and 2003, Ituri was the theatre of a fierce conflict involving Lendu and Hema militias.

What is certain, based on the testimony of refugees gathered by IRIN in Kagoma, the Ugandan town where new arrivals are registered, is that the violence is spreading terror across several parts of Ituri.

Here are some of their stories: 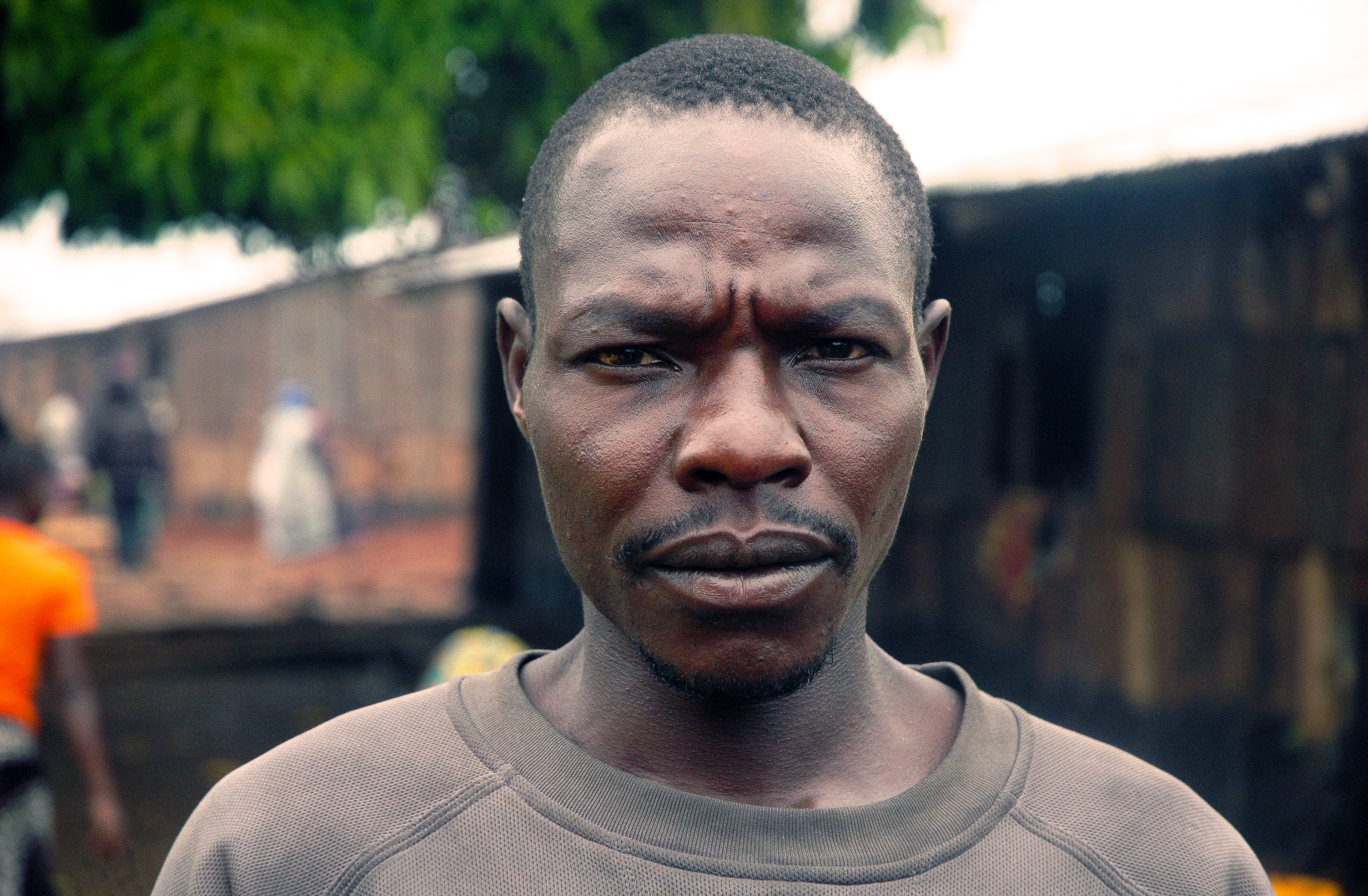 Madroo Loch, 36, from Tchomia  (an area 60 km east of Bunia, the provincial capital)

We have been peaceful and calm [in Ituri] for some years. However, in December 2017 the fighting started again. In February it escalated. We couldn’t do anything. The Lendu were cutting and killing people. The fighting forced us to flee into Uganda for safety.

I had to pay for my wife and two children to board a boat to cross into Uganda. The journey was risky. The winds were strong. It was a six-hour journey. It was all about prayers to cross safely. I saw a woman and a child drowned. I couldn’t help.

We are lucky we arrived safe. Life is hard. It’s difficult to cope. We left everything behind. I don’t have anything to provide to the children.

But at least we are safe here. We shall struggle and gamble. I can’t go back to Congo with my family. We are tired of the violence, fighting and wars. We need peace in Ituri. We want a peaceful country, Congo. God help us. 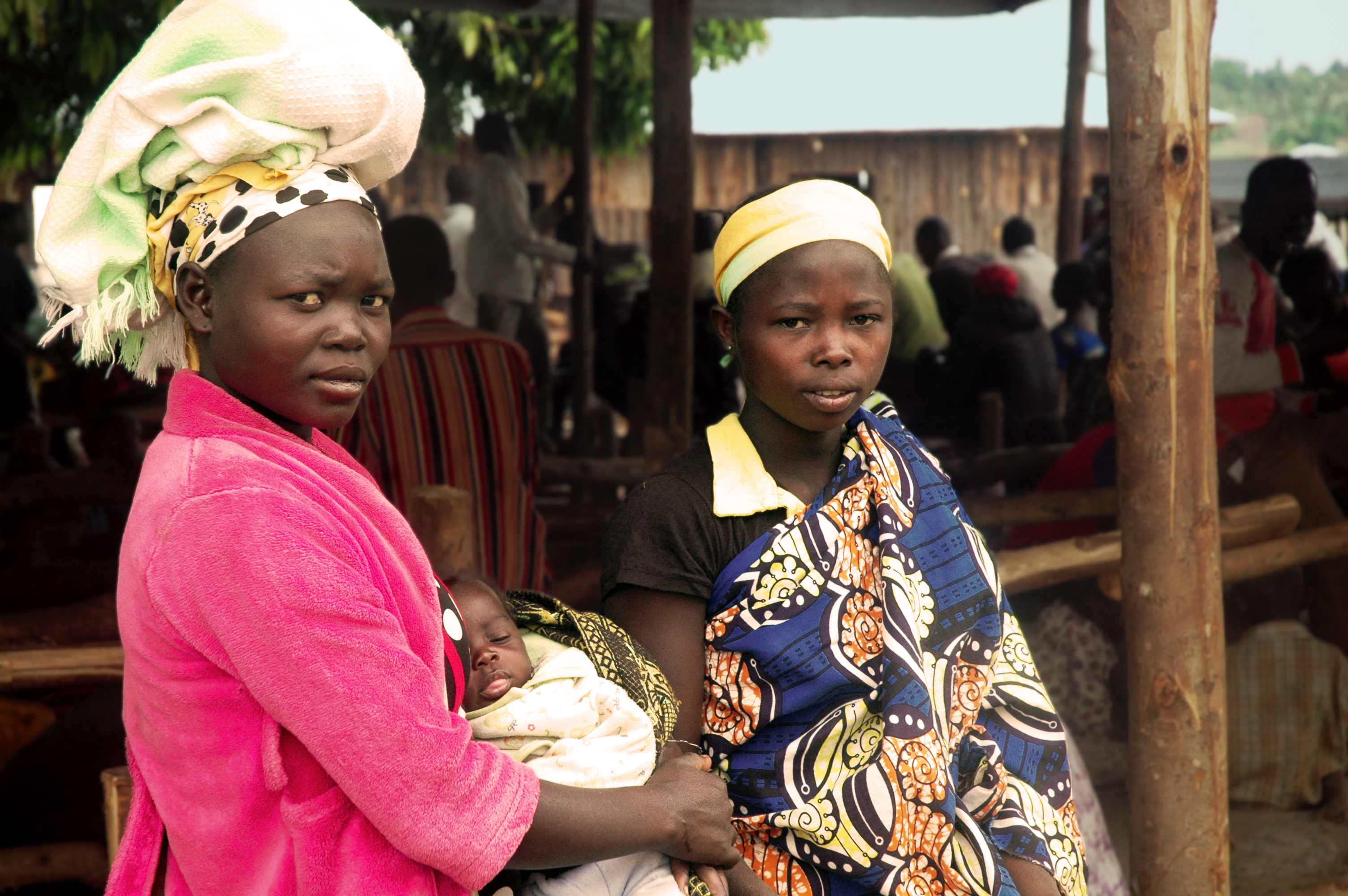 The situation back home is terrible. It’s all about fighting and killings. The Lendu tribesmen armed with pangas, arrows, spears, axes and machetes kept attacking our villages and killing people.

I fled here last week. The fighting escalated. I am feeling tired. I had to walk and hide in the bush with the baby for two days. There was no food or water. The baby was crying of hunger. But I couldn’t breastfeed. I didn’t have milk.

I think my husband remained behind. At the time when the violence broke out my husband had gone for his business. I am sure he is alive, but we haven’t communicated. I am sure he will come and be reunited with us.

I have nothing. There was no time to even pick the baby’s clothes, or mine. I had to abandon everything and run to save our lives. I wonder how to start a new life here.

The child is sick. The baby has been crying for the last three days. But I haven’t got her treatment. It’s hard to get treatment from the health facility. It’s crowded and congested.

I don’t have money to buy medicine. I don’t have enough milk in my breasts. I wish my husband was around. Maybe he could have helped out. 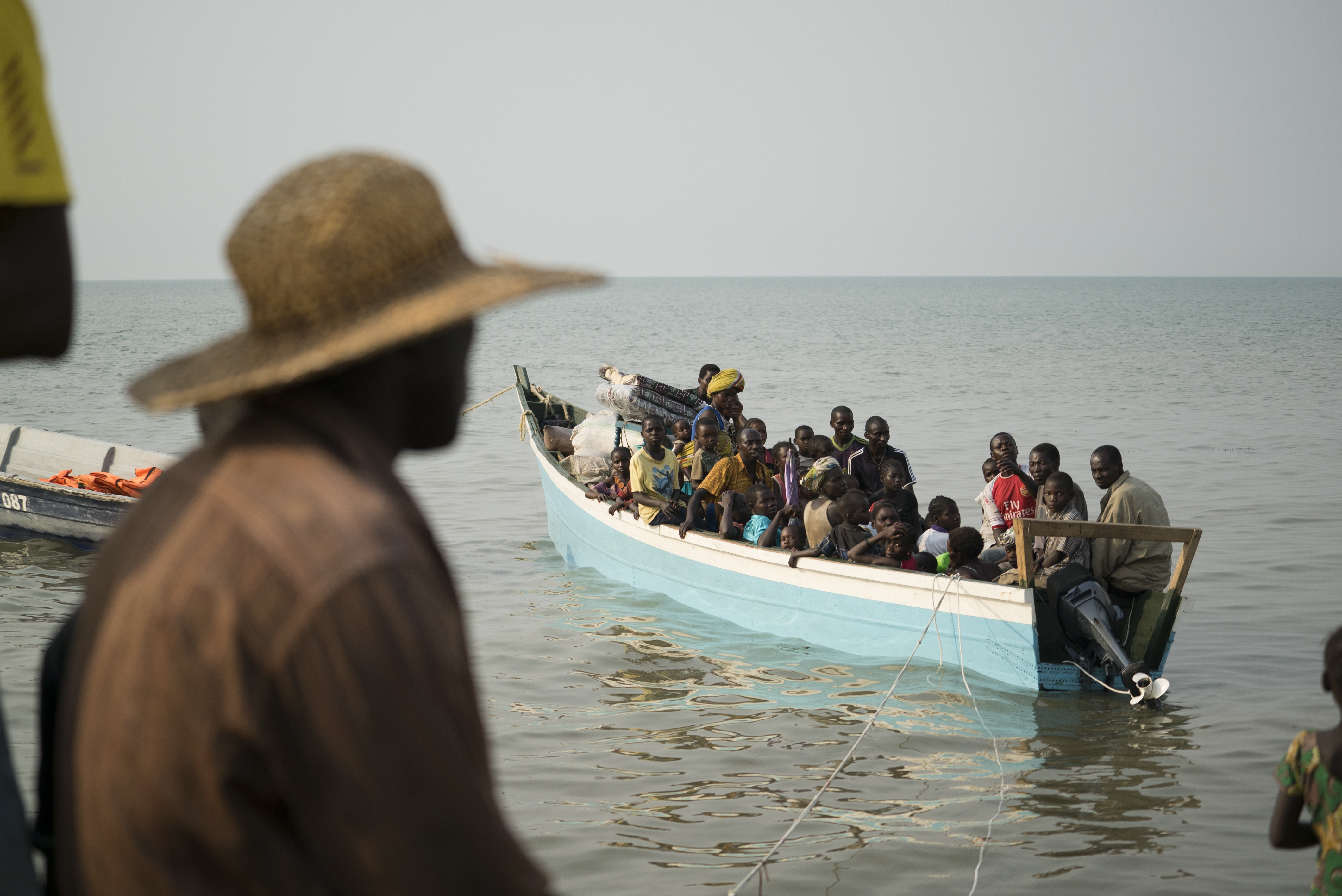 Refugees fleeing violence in the Democratic Republic of the Congo arrive in Sebagoro, Uganda where they will be taken by bus to Kyangwali refugee settlement. Michele Sibiloni/UNHCR

I am a commercial motorcycle rider. I was still at home planning to go to work when the fighting broke out. I heard bullets and gunshots. I took off without my family members.

I saw so many people on the way running away because of the attacks and killings by the Lendu. I saw bodies of dead people. The Lendu cut and killed them.

It was a struggle and fight to board a canoe to cross Lake Albert into Uganda. I had to abandon my motorcycle that I treasured so much. There was no way of crossing with it, as the canoe was small.

You know people are being killed and slaughtered like animals. Women are being raped. People have suffered.

This place [Kagoma] is congested. There is lack of shelter. Some of us sleep in the open. If it rains we suffer. But at least I am safe here. I don’t hear gunshots and don’t have fears of being killed. 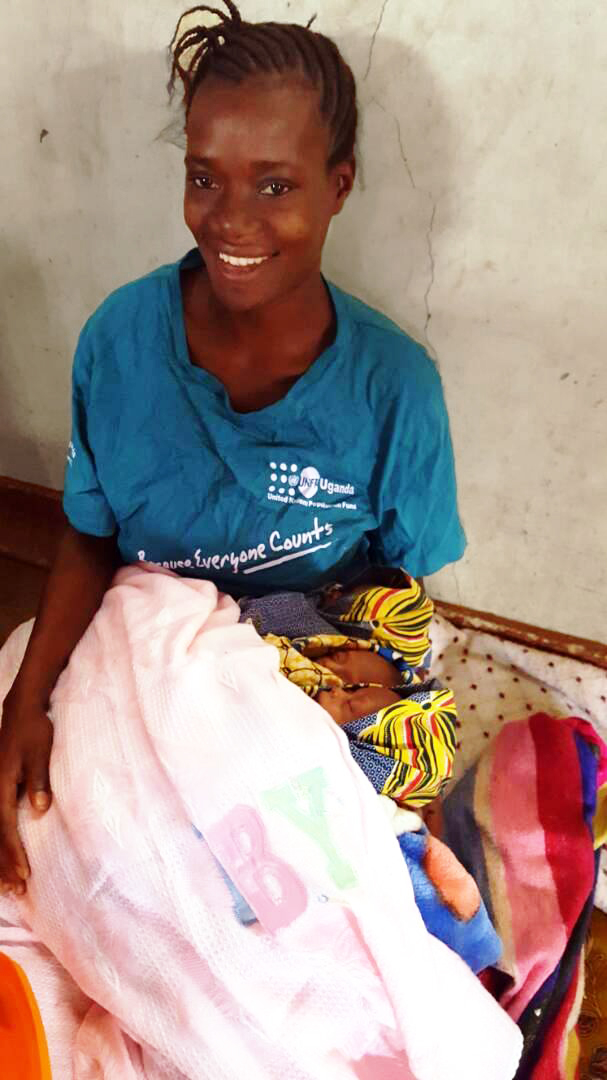 I am 20 years old. I gave birth to triplets last week. I ran from my village in Ituri when the tribal clashes begun. The Lendu tribe were killing us of the Bagegere tribe.

As being a pregnant person, it was very challenging on my way here. But with God’s grace I was able to make it to Kagoma, where I am currently staying and waiting to be resettled.

While here I went into labour, and I was rushed by ambulance to a health centre where I delivered triplets. Two girls and one boy.

I am alone here with the children. I lost contact with my husband during flight. I don’t know which direction he fled. I have not heard from him since. I am worried about him. I don’t know whether he is still alive or dead. I am hoping he will join us soon.

Without him it will be hard for me to bring care and bring up these triplets single-handedly. I need the support of their father. 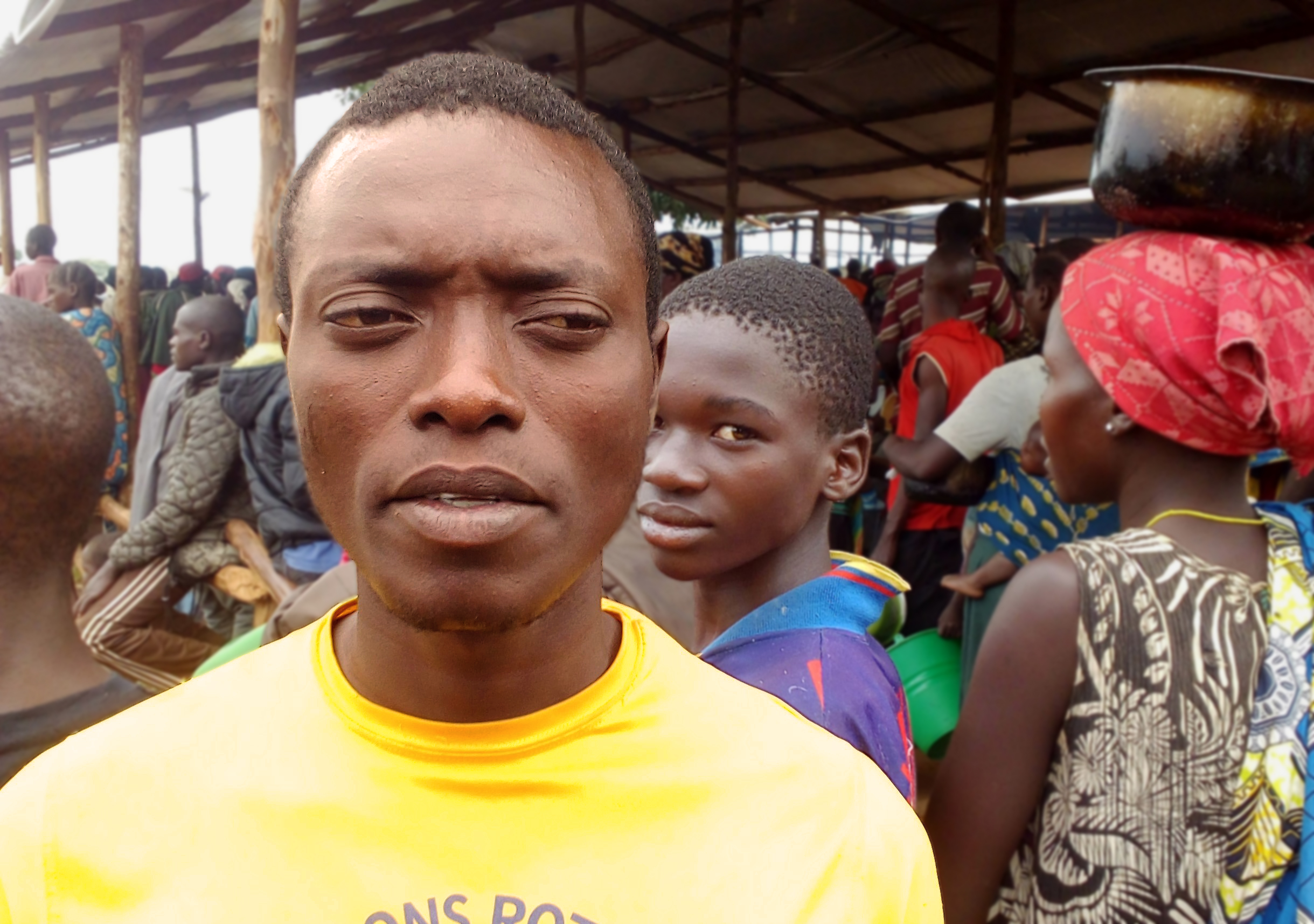 When will the brutal violence in Ituri end? What shall we do if the war doesn’t end? This ethnic violence had stopped. We have been living peacefully. But it’s back again, and people fleeing their homes.

The situation here is dire. There is a cholera outbreak that is killing people. There’s a lack of water, not enough food and shelter. I sleep in the open.

I don’t have money to buy stuff like soap. I have to borrow soap from people to wash my clothes. 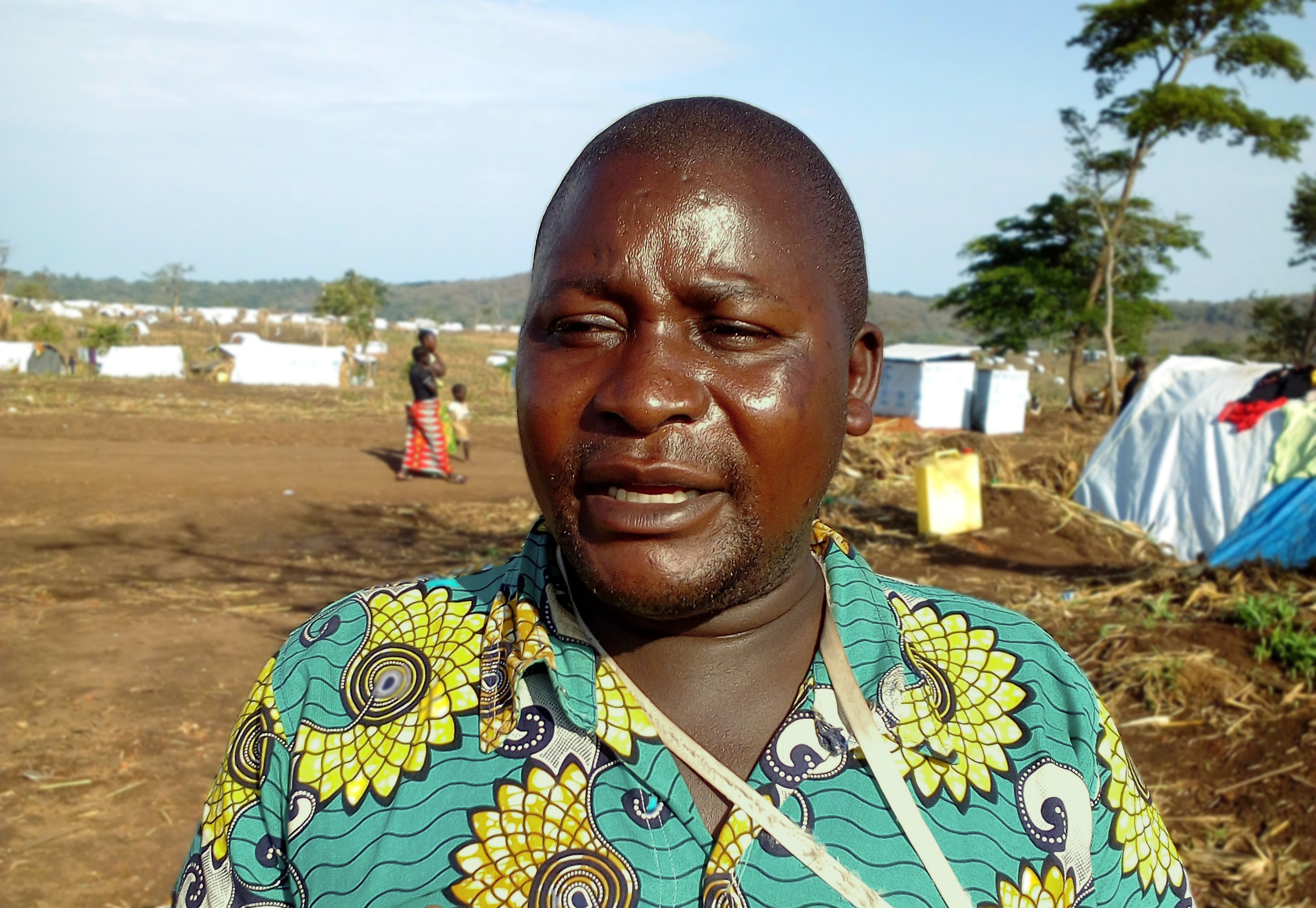 There is no peace in Ituri Province. All you hear now is fighting and killings. The Lendu are killing, cutting people and burning villages. The Lendu burnt homes.

I had to flee with my four children and wife. We came here around mid-February.

When the violence broke out, the FARDC [Congolese government] soldiers were sent to stop it. But they didn’t do anything. They looked on as the Lendu continued to kill the Bagerere.

We wanted to fight back at the Lendu, but the soldiers stopped us. We couldn’t do much. We had to flee and crossed into Uganda through Lake Albert using small boats in the risky water journey.

We shall continue to survive on posho [maize meal] and beans here. But we can’t go back to Congo.

We shall only go back to Congo when President [Joseph] Kabila is out of power. President Kabila has failed. He must go.

What kind of a president and commander in chief is he? He should have issued orders to stop the massacres. We haven’t heard any intervention from the regional leaders. They have betrayed the people of Congo.