PEHLWAN, Pakistan
In the village of Pehlwan, in the mountains of northern Pakistan, two schools have been under construction for more than a decade since being destroyed by an earthquake. They both still lack roofs.
“There's no place for students and teachers to sit. We can teach on warm days, but not when it rains,” said Hussain Shah, a teacher. “By November, we get snow. Until April, even May, it's freezing.”
It’s a familiar scene across this region, which was devastated in 2005 by a magnitude 7.6 quake that killed more than 75,000 people. It also destroyed about 600,000 homes and 7,500 public buildings, including 6,298 schools.
In the immediate aftermath of the quake, the government promised to rebuild the schools, and international donors pledged more than $6 billion for overall relief and reconstruction. But as of today, the government has managed to complete construction of only 3,008 schools.
Interviews with current and former government officials reveal a cautionary tale of what can go wrong when mismanagement undermines large-scale reconstruction.
The lessons are especially important for Pakistan right now, as the government prepares to launch a $10 billion programme to develop and rebuild the Federally Administered Tribal areas, which have been wracked by conflict.
And Pakistan is not the only country to be hampered by a severely mismanaged reconstruction process. Two years after a quake devastated Nepal, for example, the government has failed to provide the money and support it promised to almost a million families who lost homes, despite having ample donor funding to do so.

In the wake of the 8 October, 2005 earthquake – which claimed almost 75,000 lives in Pakistan and 1,400 across the border in Indian-administered Kashmir – the Pakistani government created the Earthquake Reconstruction and Rehabilitation Authority.
ERRA publicised itself with the slogan “build back better”, but unfortunately the reconstruction body failed to live up to its motto when it came to schools: It was beset by problems right from the start, including a lack of qualified staff.
“We all knew that we know nothing,” said Nadeem Ahmed, a lieutenant general who set up and ran ERRA in its early years. “We had never managed a situation of this magnitude.”
“Every penny came through,” said Ahmed, referring to the $6.3 billion in donor pledges. “This, by the way, did not include the money that we [received] from the corporate world within Pakistan and some of the money that was raised by the international NGOs through their own set donors. I don’t recall any donor saying: 'I can’t meet my commitment'.”
An early annual review describes ERRA as a “hurriedly put together organisation” that was bogged down in “endless arguments” over staffing and procurement rules that “froze everything”. The job of coordinating with bilateral and multilateral partners, two sub-national governments, district officials, and community-level officials “further confused an already confused nascent organisation”, the 2006-2007 review says. 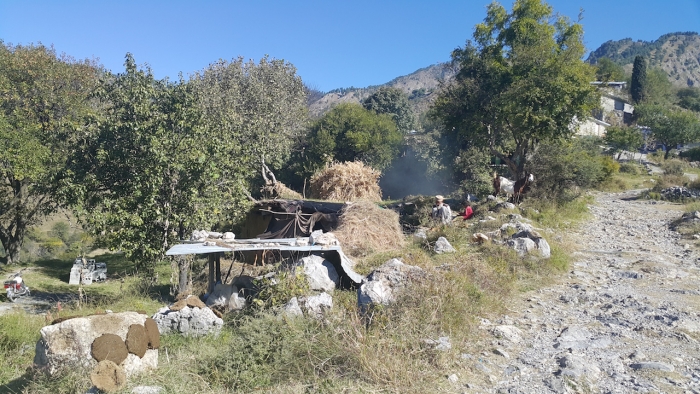 Nadia Naviwala/IRIN
The road to Pehlwan

ERRA had planned to complete school reconstruction in three years, but managed to finish only 215 schools, or four percent of the target, within that time frame.
“To think that you can do a full reconstruction in three years was nuts,” said Andrew MacLeod, the former relief-to-recovery transition adviser to UN resident coordinator in Pakistan. “It was always going to be an eight to 10 year planning cycle simply because of the scale, best-case scenario.”
But even judging by that longer planning cycle, ERRA has failed miserably in terms of school reconstruction. A dozen years after the quake, concrete skeletons of unfinished schools litter northern Pakistan.
Problems began right from the start. ERRA used the standard government construction rates of $11.50 per square foot, estimating that a three-room school would cost $40,000. But that did not take into account the added costs of rebuilding in remote, rugged, and underdeveloped mountain communities.
“At times, the construction material would go on the back of donkeys. At times, through porters,” explained Ahmed, the general then running ERRA.
Former and current ERRA officials and a technical expert who worked with UN Habitat told IRIN that the actual cost ended up being $20 to $40 per square foot.
Making buildings that were seismically safe added 30 percent to the costs but the estimates allowed for only five percent, said Ahmed.
Once construction finally did get started, there was a shortage of materials, especially cement. “ERRA set up price-controlled shops, but they were always out [of stock],” said Taimur Sarwar, a former technical expert for UN Habitat and the Pakistani contracting agency NESPAK.

Despite all these challenges, ERRA had completed 1,000 schools by 2010. Reconstruction only slowed from that point on, as two different crises increasingly diverted attention and resources.
In 2009, the military launched an offensive against Taliban militants who had taken over the Swat Valley. The vast military operations forced about two million people from their homes, mostly into displacement camps. The following year, Pakistan was hit by the worst flooding in its history – a natural disaster that left about 14 million people homeless.
“In 2009 onwards, we started facing difficulty getting money from the government of Pakistan,” explained a current ERRA official, who was not authorised to speak to media and requested anonymity. “We told the contractors to stop their work.”
By 2011, only seven percent of schools paid for by the government had been rebuilt entirely, according to an ERRA report.
“Where schools are only 10 percent complete, 50 percent complete, or 90 percent completed, that’s because the payments aren’t there,” said Mazhar Zia, a civil engineer with a Peshawar-based contractor. 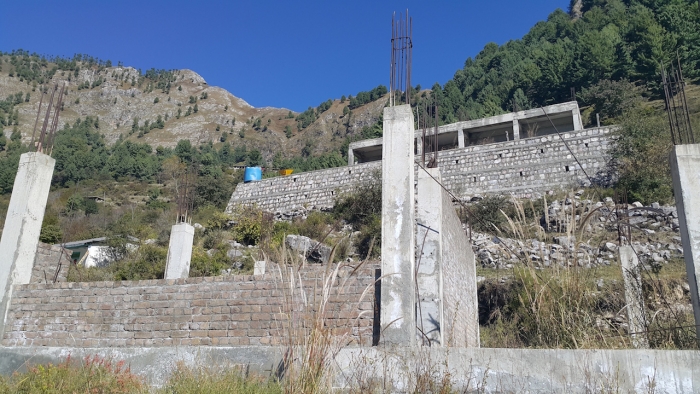 ERRA’s budgets picked up in 2013, with the election of a new government, and school reconstruction resumed in some places. But many people today – including the ERRA official who requested anonymity – wonder why the agency still exists. While it is common for countries to set up reconstruction bodies in the wake of natural disasters, they are usually dissolved within a few years, and the responsibility for any continued reconstruction is passed on to relevant ministries and departments.
In 2009, the chairman of ERRA wrote to then-prime minister Yusuf Raza Gilani requesting that the authority be abolished. Gilani responded by authorising the agency as a permanent entity through an act of parliament.
Today, most of the tenders available on ERRA’s website are for maintaining its headquarters in Islamabad: lawn maintenance, fixing vehicles, and purchasing a generator. Meanwhile, children in Pehlwan are studying on a rented porch and inside a mosque, just a few hundred feet away from the abandoned school construction sites.
“It’s simply criminal,” said Zaigham Khan, a former consultant for ERRA. “For so many years, children were sitting and studying in tents, in extremely harsh winters. There is no satisfactory answer for that.”
nn/jf/ag

(TOP PHOTO: Since an earthquake destroyed the schools in Pehlwan, children are forced to take classes outdoors. CREDIT: Nadia Naviwala/IRIN)