The first time the Séléka rebels captured Danielle* she was visiting the shallow grave where her husband, father, and brothers were all buried. Danielle had witnessed the rebels kill the men outside her home just a few hours earlier. When she returned to show her mother what had happened, the fighters – still lingering outside – turned on her.

“They took me to the bush, where I stayed for almost two weeks with my hands tied behind my back,” she says. “Every day, they raped and brutalised us.”

Eventually, Danielle managed to escape from the rebels, but they soon caught her again. Back in the bush in Bambari, a market town in Central African Republic’s Ouaka Province, the fighters filled up a syringe and injected her with poison.

“Sometimes, my body smells very bad,” she says, peeling back her t-shirt to reveal a thick surgical scar snaking down her stomach.

Almost three years on, the memory is still hard to bear. Sitting on a brown, flowery sofa at a legal aid clinic run by the American Bar Association in CAR’s capital, Bangui, the 31-year-old weeps in front of her lawyer, Guy Galabaja. 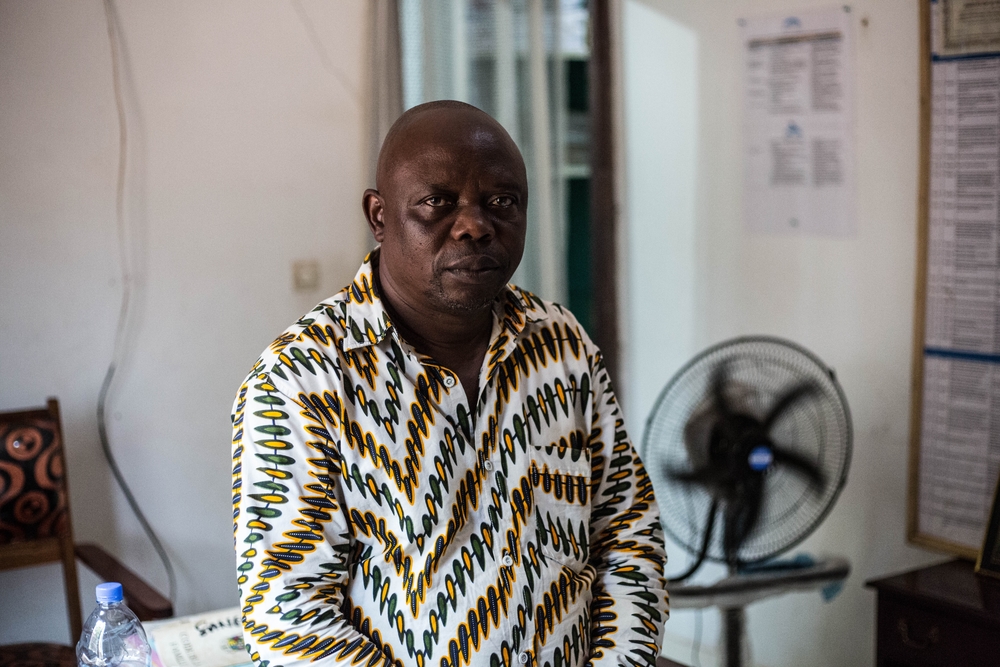 Sitting next to Danielle, three other women from different parts of the country share similarly horrific stories.

They are all survivors of sexual and gender-based violence perpetrated by the Séléka – a predominantly Muslim coalition of rebel groups from the north, who overthrew former president François Bozizé in a coup in March 2013 – and the anti-balaka, a network of Christian self-defence militias that rose up in response (Since its formal dissolution in 2014 the rebel coalition is now often referred to as “ex-Seleka”).

The battle for justice

While a small number of victims of the ensuing conflict have since found lawyers and had their cases filed with the national prosecutor, the search for justice in CAR remains an uphill struggle.

According to figures from Amnesty International, the UN’s peacekeeping force in CAR, MINUSCA, has helped arrest 384 suspects following warrants from the country’s prosecutor. But barely any have been high-ranking members of Séléka or anti-balaka.

Part of the problem is a lack of resources.

There is also an absence of political will. One of the few senior figures to be arrested since the conflict began was Jean-Francis Bozizé, former minister for defence and son of the deposed president.

After returning from exile, Bozizé fils (son) was arrested by MINUSCA but released just a few days later by the national authorities. Since then he has been networking among various anti-balaka groups, according to the UN Security Council’s Panel of Experts.

For Didier Niewiadowski, a French jurist and former advisor at the French embassy in Bangui, the Bozizé affair reveals just how deeply “the Central African authorities fear losing their lucrative positions by questioning anti-balaka and former Séléka leaders”.

More explicit cases of corruption are occurring as well. One senior lawyer interviewed by IRIN says he was forced to abandon two recent cases involving perpetrators of rape and child abuse after receiving threatening phone calls from “high-level people”.

“It’s clear there is corruption and not just in Bangui,” he says. “In a context where there is poverty and people are not well paid, [legal officials] will use their positions to get resources”. 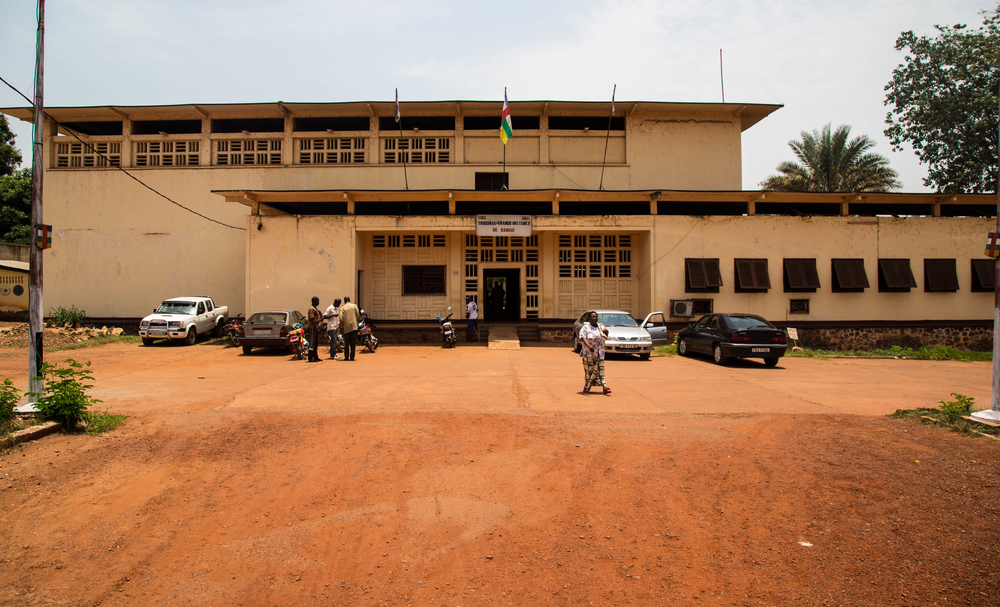 To help rebuild public trust, the country’s pre-election, transitional government ordered the creation of a Special Criminal Court back in May 2015.

If things go well its hybrid structure will mean “the justice that is served will ultimately be closer to the communities affected by violence”, says Mark Kersten, international criminal justice consultant at the Munk School of Global Affairs.

Tasked with prosecuting genocide, war crimes, and crimes against humanity dating back to 2003, experts also hope the SCC will complement the work of the International Criminal Court, which has two investigations active in CAR but is expected to indict just a handful of people.

When it opens, it will be the first example of a hybrid court working alongside the ICC in the same country. Almost two years after the law establishing the new court was promulgated however, evidence of progress is hard to find. The building earmarked for the SCC – a faded, modernist relic in downtown Bangui – is still operating as the country’s High Court.

Asked when he expects it to be operational, Joe Londoumon, president of the SCC’s organisational committee, sighs and looks up at the ceiling of his office, across the road from where the court will eventually be based.

“I don’t know yet,” he says. “The judicial police is not yet in place, so for now there are no investigations. Even the building where the SCC will operate hasn’t been set up.”

One of the main challenges facing the SCC will be funding. While $5 million of the $7 million required for the court’s first 14 months has been provided, according to figures from Amnesty International, its future revenue will depend on piecemeal, voluntary contributions. A similarly unpredictable funding structure used for the Special Court in Sierra Leone left it chronically underfunded.

The fog of war

An even greater problem is CAR’s ongoing conflict. Like their counterparts at the ICC – yet to issue a single arrest warrant despite opening a new investigation in September 2014 – SCC investigators will face the unenviable challenge of how to access vast parts of the country where war crimes have and continue to be committed.

“We are not talking about a post-conflict situation,” says Pierre Hazan, special advisor in transitional justice with the Centre for Humanitarian Dialogue in Geneva. “We are in a war. If [investigators] want to meet people, collect evidence, protect witnesses, how are they going to do that? It makes the whole thing extremely ambitious.”

For Londoumon, the solution is obvious: “My hope is that these rebels will be disarmed so we can catch them,” he says, referring to the government’s ongoing disarmament, demobilisation, and reintegration (DDR) programme.

But simultaneously disarming and prosecuting rebels isn’t as straightforward as it sounds. Since the 1990s – when the contemporary international criminal justice system was born in former Yugoslavia and Rwanda – scholars have agonised over an apparent tension between peace and justice.

Intervening after conflicts with decisive victors such as was the case with the Nuremberg and Tokyo tribunals, created by the Allied powers in the wake of World War II, is one thing. But in active conflicts, some fear the presence of international prosecutors can turn belligerents away from peace negotiations.

While rebel groups in CAR have complex incentives for remaining violent, with the DDR programme stalling, “there is a risk,” says Richard Moncrief, Central Africa project director for the International Crisis Group, “that the process of negotiation around disarmament becomes bogged down and justice, including through the Special Criminal Court, accelerates.”

“That creates a very strong disincentive for people to enter the disarmament programme because they are already being targeted by the justice system,” he adds.

Outside his house in Boy Rabe, a notorious anti-balaka neighbourhood in Bangui’s fourth district, Judicael Moganazou, the spokesman for one faction of the group, says the debate is academic. 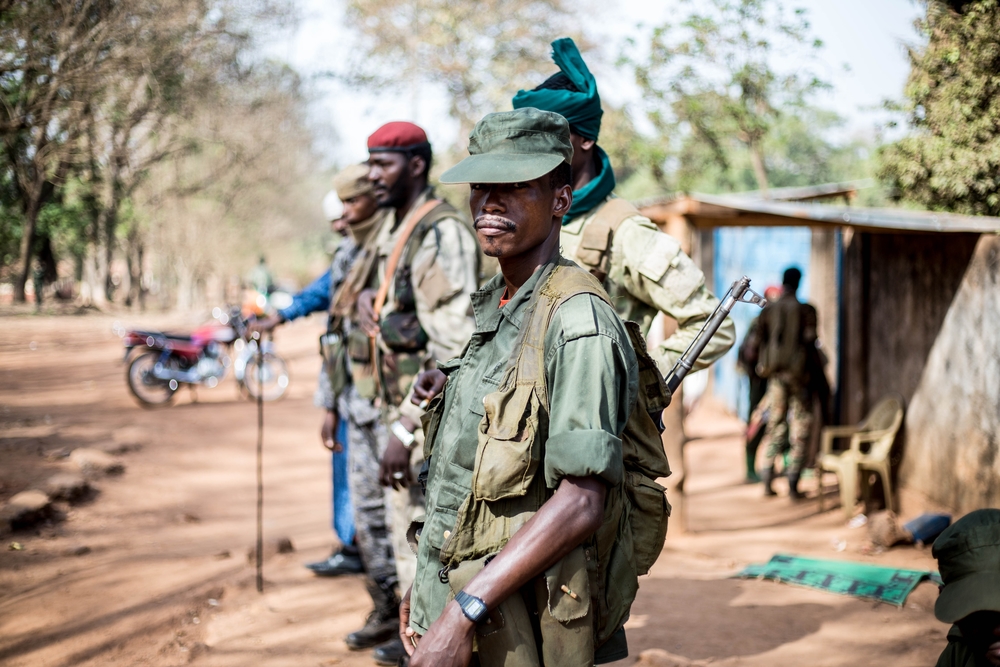 Whatever progress the SCC and ICC do make, the mass criminality that swept through CAR means neither is likely to be sufficient.

Searching for fresh ideas, last year Hazan joined a delegation of Central Africans to Rwanda where 9,000 community-based “Gacaca” courts sprung up across the country in the aftermath of the 1994 genocide.

While they’ve been criticised by some human rights groups, the courts played an important role in post-conflict Rwanda, focusing not just on retributive justice but on truth recovery and national reconciliation.

A mandate for CAR’s own Truth and Reconciliation Commission was adopted by the transitional government in May 2015.

“The basic concept is to address the needs of victims,” Hazan explains. “You need to address what people have been through over the past few years and create a narrative that is acceptable along the spectrum of public opinion.”

No progress has been made to date, however, and in the context of open conflict, building an effective commission won’t be easy.

“People talk a lot about reconciliation, but the tensions and the mistrust are absolutely still there,” says author and anthropologist Louisa Lombard. “The idea that Muslims are not real Central Africans is still present, as is the idea that justice should be a way to punish ‘bad people, but not us because we were just fighting for our own rights’”.

Back at ABA’s legal aid clinic, it’s just 10am but almost every seat is taken. The road to justice may look impassable, but in a country where so few victims receive any kind of support, the women here remain hopeful that some, albeit limited form of justice, can still be served.

“Even if they don’t find the people who committed this crime, at least I will go to the courts and publicly tell people what happened,” says Marie, who was raped by three Séléka fighters in a graveyard in Bangui three years ago.

“I will explain to them what is in my heart,” she adds, fighting back tears.

*Names have been changed.