Not so long ago, Somali asylum seekers were arriving in South Africa at a rate of about 1,500 a month. Even a year ago, about 100 a week were still trickling in, according to the Somali Association of South Africa. These days, many more are departing than arriving, and most of them are leaving on flights bound for Mogadishu, Somalia’s capital.

“Life is difficult for them in South Africa,” said Reys Ofman, general secretary of the Somali Association. “But mainly… [they are going] because of the changes in Somalia.”

Out of an estimated 50,000 Somalis living in South Africa, about 2,000 have applied to the Somali Embassy in Pretoria for travel documents to return home since the beginning of 2013, according to Mohamed Ali Mire, head of mission at the embassy. “Others don’t need to come through us if they have documents,” he told IRIN.

Based on interviews with would-be returnees, Mire said the majority are going back “because Somalia is improving in terms of security and they believe they can make a difference; they want to participate in the re-building of Somalia.”

How much the security situation has improved in the Horn of Africa country is debatable, but after over 20 years of conflict, signs that some areas are becoming more stable appear to be enough for many Somalis eager to be reunited with families.

Hassan Mohammed, 25, a former journalist, fled Mogadishu, the capital, after the radio station where he was working was destroyed by Al-Shabab militants. For the past four years he has lived in Strand, a seaside resort about 50km southwest of Cape Town, running a small shop. Although he did not earn much money, he did not experience the high levels of crime, much of it targeted at foreigners, that Somalis with shops in South Africa’s townships often live with.

“They told me the situation is stable and there are job opportunities there,” he told IRIN at the Somali Embassy, where he was picking up his temporary travel document having already cancelled his refugee status with South Africa’s Department of Home Affairs. He had booked a flight to Mogadishu for the following week. “It’s my country,” he said. “I want to look for a job and also study.”

At the embassy, Mire was dismissive of claims by “some NGOs” that the high number of criminal and xenophobic attacks on Somalis living in South Africa was a major factor behind the returns. According to the UN Refugee Agency (UNHCR), 100 Somalis died in such attacks in 2012 and 88 foreign nationals had been killed by the end of August 2013, most of them Somalis.

“There are problems in South Africa,” Mire acknowledged. “But Somalis are glad to be here and very grateful.”

Not everyone shares this view. Until recently, Rahma Omar, 20, worked with a relative delivering stock to the many small shops operated by fellow Somalis in townships around Johannesburg and Pretoria. Three months ago, they were hijacked for the fifth time. Their car and stock were stolen, and Omar’s relative was shot in the leg.

“This country is like my country,” said Omar, who was also at the embassy arranging her return to Mogadishu. “That’s why I’m going back.”

Having lost all of her savings in the robbery, the local Somali community raised the money for Omar to buy her ticket home. Ofman of the Somali Association said there are many more Somalis who would like to go back but cannot afford the airfare and the R2,000 (US$197) fee that he claimed the embassy charges to process travel documents. Mire disputed the amount of the fee but refused to disclose the actual cost, saying only that the fee is waived in cases where individuals cannot afford it.

"These people should be given organized repatriation. There are so many people who want to go back but can't afford it"

Ofman suggested that UNHCR or the International Organization for Migration (IOM) should assist Somalis who want to return home. “These people should be given organized repatriation,” he said. “There are so many people who want to go back but can’t afford it.”

UNHCR recently signed a tripartite agreement with the governments of Somalia and Kenya, outlining procedures and legalities for the voluntary repatriation of Somali refugees living in Kenya, but no such agreement exists with South Africa. UNHCR spokesperson Tina Ghelli emphasized that “UNHCR is currently not facilitating or promoting voluntary repatriation to Somalia from South Africa.”

Refugee and human rights organizations have expressed concern about the safety of Somalia for returnees. A recent assessment by Amnesty International described security improvements in the capital as “extremely limited in scope”, noting that the situation had actually deteriorated since the beginning of 2013.

“Al-Shabab have managed to regain capacity and continue to carry out direct attacks on civilians, and indiscriminate attacks using suicide bombs, improvised explosive devices (IED) and grenades in Mogadishu.” The report was written in response to a change in policy being considered by several European countries that would allow the forced return of failed Somali asylum seekers to Mogadishu.

The Netherlands has already returned two asylum seekers, one of whom was injured within two days of his arrival by a bomb blast at a hotel in central Mogadishu, according to Laetitia Bader, a researcher with Human Rights Watch.

Moulid Ahmed Ali, 24, says he is not convinced that the security situation in Mogadishu has improved enough for him to give up his refugee status in South Africa and return home 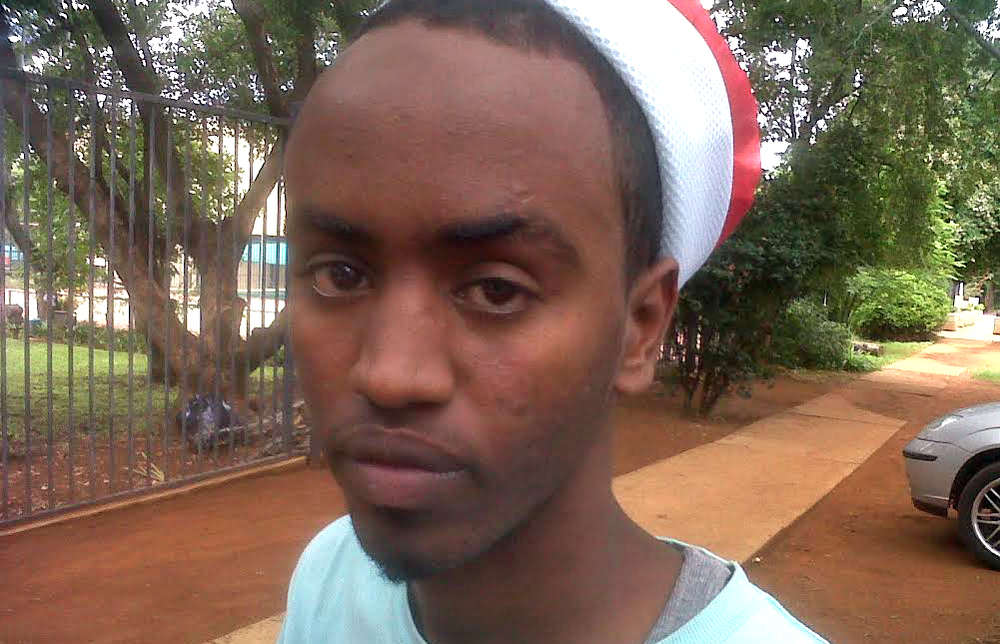 Despite such incidents, the perception that Mogadishu is safer has gained ground in Europe, and with it the number of rejected asylum applications. According to Eurostat data, the refusal rate for Somali asylum seekers in Europe increased from 37 percent in 2012 to 47 percent in 2013. Most attempts to implement forced returns, by countries including Sweden and Denmark, have so far been blocked by the courts, but this is likely to change since the European Court of Human Rights ruled in September that a Somali man could be deported from Sweden to Mogadishu without “real risk of being killed or subjected to ill-treatment”.

Bader called the ruling “concerning" and agreed with Amnesty’s assessment that security in Mogadishu has worsened since 2012. “In a way it’s more dangerous now [than during the active conflict] because civilians are having to navigate an incredibly complex security environment,” she told IRIN.

Moulid Ahmed Ali, 24, made the long and difficult journey to South Africa when he was just 17 to avoid being forced to join Al-Shabab, but even the prospect of being reunited with his family is not enough to persuade him that returning to Somalia is worth the risk. “I spoke to a newcomer from Mogadishu and he said there’s still no peace… it’s not any different than before,” he told IRIN.

Ali is desperate to see his mother after seven years apart, but travelling back to Somalia would mean relinquishing his refugee status. Instead, he plans to sell the car he has been using to earn an income as an informal taxi driver and buy a ticket to Nairobi, the Kenyan capital, where he will meet her. After the visit, he said, he will return to South Africa and “start again”.

“Life here as a refugee is not easy,” he told IRIN. “If I get citizenship or permanent residency, I’ll stay. If not, I want to go to America. It’s not about getting a better life - I just want to be a citizen in any country.”