Since April, when the UN Refugee Agency (UNHCR) started biometric registration of the Malian refugees in Mauritania's Mbera camp, 8,000 of the 68,000 registered refugees have been de-activated from the system - almost all of them Mauritanians from nearby towns and villages hoping to access aid handouts. In September, a small group of camp residents tried to destroy the registration centre in protest of the new system, raising a key question: when and how should aid agencies helping refugees also try to assist vulnerable host populations?

The situation in Mauritania is by no means unique; many refugee camp populations are swollen with locals trying to access aid. Locals have even outstripped refugee populations in some crises, said a UNHCR source.

UNHCR and other aid agencies often assist host populations to allay potential tensions between refugees and locals, but doing so is typically not a first priority. Some agencies do it from the get-go, while UNHCR usually does so after the emergency phase of protracted refugee situations.

Loubna Benhayoune, head of the UN Office for the Coordination of Humanitarian Affairs (OCHA) in Mauritania, urges early aid, telling IRIN: "The locals are just as vulnerable [as the refugees], if not worse." OCHA is currently mapping out who is doing what, and where, for local populations.

UNHCR said its initial priority is to respond to the immediate refugee crisis. Just getting the basics - food, water, shelter and healthcare - in place for tens of thousands of refugees, in a situation where the agency had no staff, and no office within 1,000km "was quite a challenge," said Hovig Etyemezian, who runs the camp at Mbera for UNHCR. "Now we're focusing more on quality issues, including how to better assist host populations."

Mbera camp is situated in Hodh el Chargui, Mauritania's most food-insecure region, where 37 percent of inhabitants are at risk of hunger, according to the World Food Programme (WFP). The region received very little rain in 2011, and this year fared little better. In October, when pasture should appear in even the Sahel's northern desert zone, there was little in Hodh el Chargui.

A Joint Assessment Mission by WFP and UNHCR earlier this year revealed while 80 percent of refugee households were eating three meals a day, just 14 percent of nearby families were doing the same.

Mauritanians near the camp whom IRIN spoke to were gracious about the refugee presence. Bassikounou resident Fatouma Mint Lhessen told IRIN, "These people are our people. They are like our brothers and sisters, and we are here to help them."

But her family is struggling, too. She lives in a one-room house with her three children as her husband searches for work in the bush. Had she lived nearer the camp, she would have tried to access food aid, she said. "Prices are too high. I cannot afford to make sauce many days. In some ways, we are more refugees than the refugees!"

She continued: "We live. We survive. Sometimes we eat well, sometimes we eat nothing - rice, no sauce. I'm used to living on the edge. It's my routine."

"This area is impoverished," said UNHCR's Etyemezian. "Locals were experiencing malnutrition and hunger before the camp." He noted, however, that some locals had been receiving government food assistance for several years.

According to Mohamed Ould Zeidane, head of the planning department at the Interior Ministry, which manages the refugee response, vulnerable families in Hodh el Chargui were receiving government food aid, backed up by WFP. Following the protests in the camp, the Department of Hodh el Chargui was instructed to set aside US$2 million to help local populations. "Since then, tensions have eased," said Ould Zeidane. IRIN was unable to track the money flow.

Tensions often arise between refugees and host communities, who find themselves competing for scarce resources such as water, food or firewood, and sometimes for access to education, health services and infrastructure support, say numerous studies. Common pressures caused by refugee camps in desert environments are deforestation, depletion of the water table and degradation of water points, said a background note to the 2011 World Bank Development Report.

The area around Mbera refugee camp in eastern Mauritania has been denuded of plants or desert scrub as refugees have cut it down to cook their food. October 2013 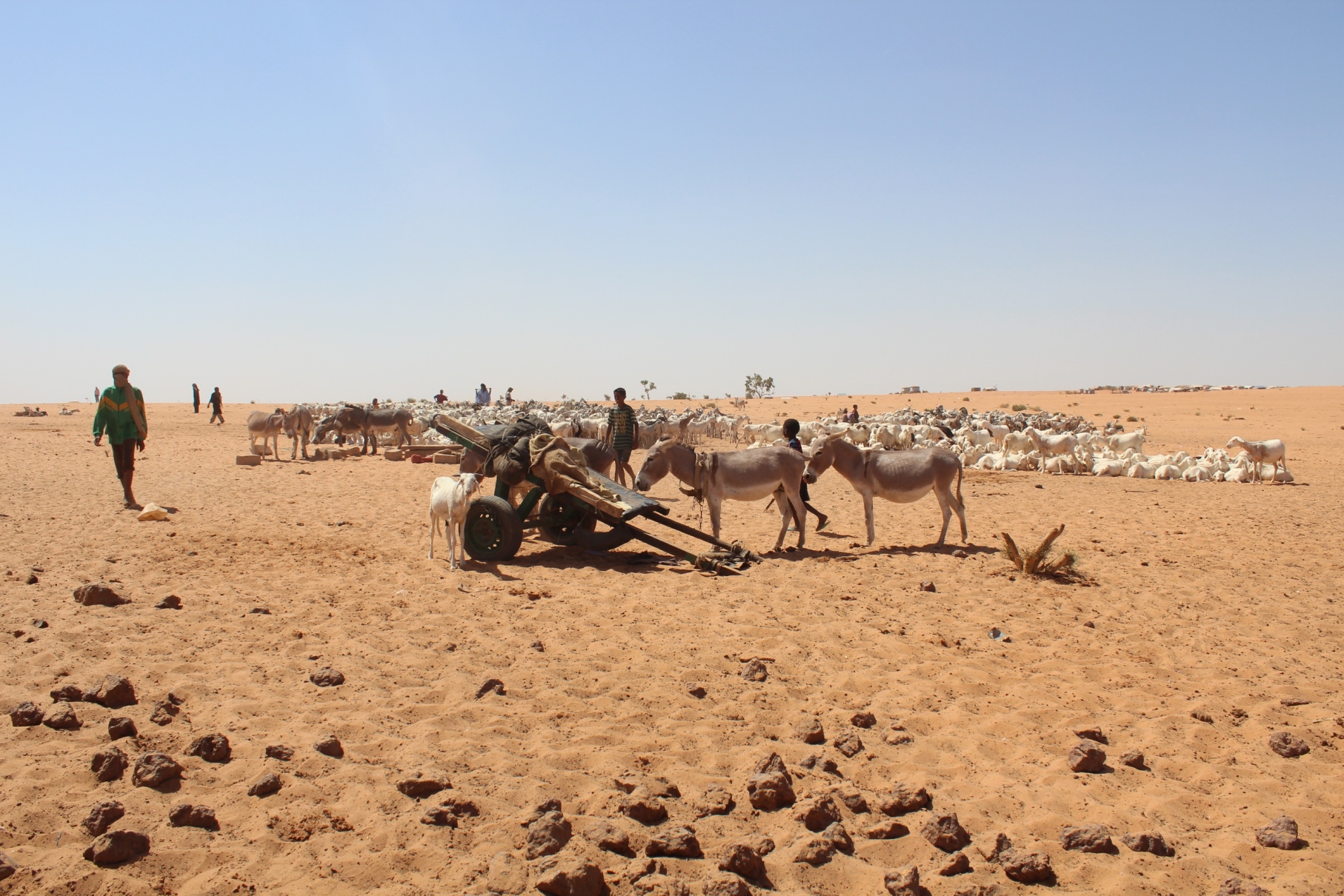 According to a UNHCR study on the impact of refugees on a host population in western Tanzania, refugees often use more firewood than their hosts, as it takes longer to cook the cereal rations they receive, and they keep their fires burning because they do not have enough matches. UNHCR and the NGO Lutheran World Federation have distributed energy-conserving stoves to many refugees in Mbera, but more are needed.

The population pressure at Mbera camp has put stress on an already fragile desert environment. The 68,000 or so Malians at Mbera tripled the local population, turning the camp into Mauritania's third-largest city. Wasteland surrounds the camp, with most of the bushes and trees denuded by refugees who collected firewood to cook, for example, though no impact assessment has as yet been undertaken.

Smart programming can help abate some of these challenges, said Ahmed Ibrahim, head of the NGO SOS Desert. The organization tried to slow deforestation by collecting dead wood from uninhabited areas to distribute to 20,000 refugees. Uncollected, this wood is usually eaten by termites and creates a bush fire risk, but local environmental ministry officials stopped the project, insisting the wood belonged to Mauritanians. Distributing it to both host and refugee populations would help relieve tensions, said Ibrahim, who is still discussing options with the government.

"In an ideal world, we would provide each household with a solar panel and with an energy-efficient cooking stove. but that would require a new generation of donors," said Etyemezian.

There is also increased pressure on water for livestock (the majority of refugees at Mbera are herders). UNHCR, SOS Desert, the German NGO SPANA and others are now trying to address how to improve water points along traditional grazing routes, among other potential efforts.

Often unrecognized are the benefits that refugees can bring to vulnerable populations. 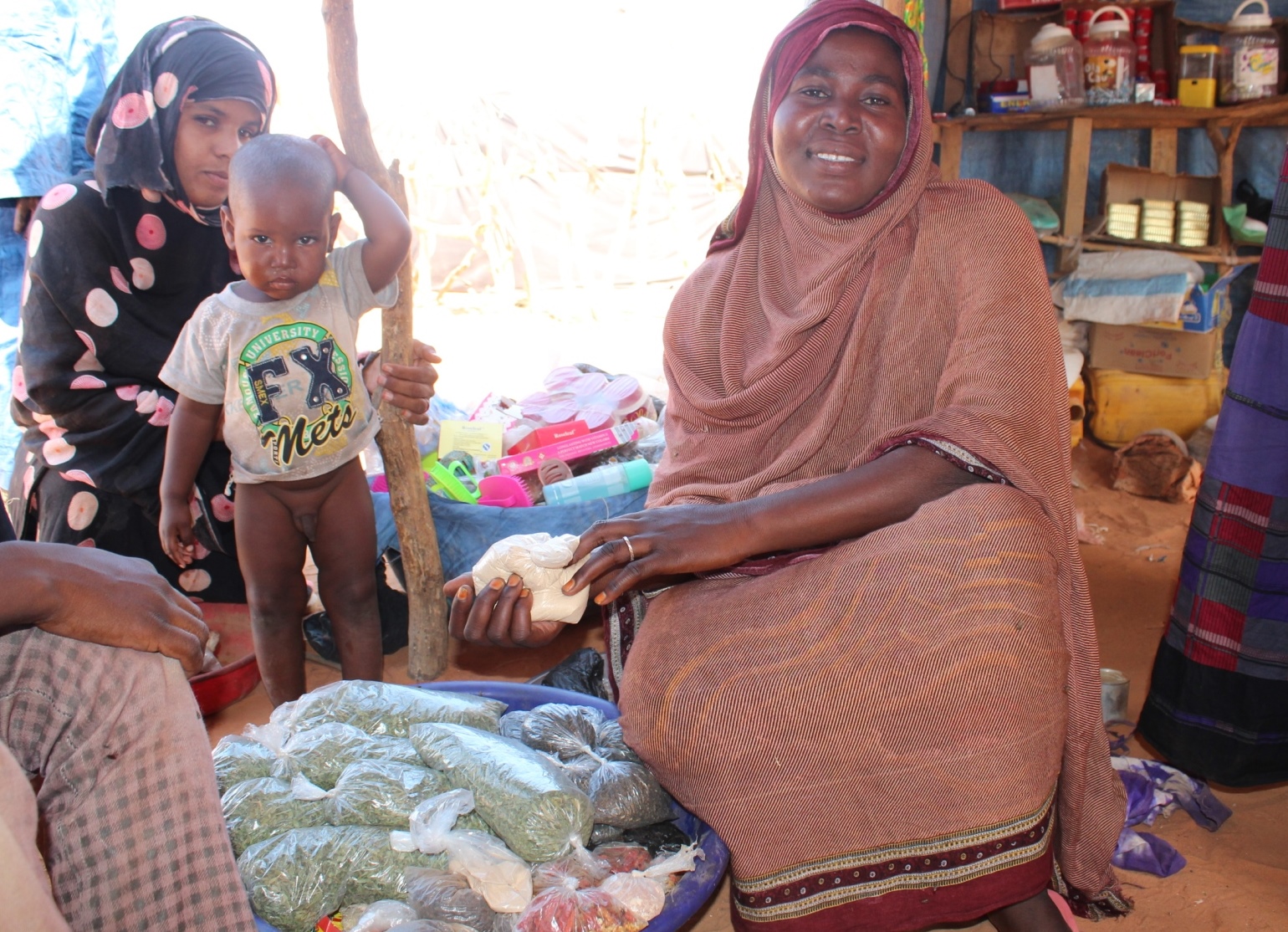 Numerous studies have shown that refugees create economic opportunities for themselves and their hosts, but there are winners and losers on both sides: Qualified Mauritanians benefit from job opportunities at the dozen or so aid agencies that have set up shop in Bassikounou, 18km from the camp, but the cheap labour offered by refugees can push locals out of already low-paid jobs.

Refugees may also expand commercial markets for local goods, but this, too, has a flip-side: in Tanzania, local farmers sold so much of their produce to the Congolese and Rwandan refugees that they did not leave enough for themselves, causing food prices to skyrocket.  In Bassikounou, one wealthy landowner has raised his rental fee from 10,000 to 180,000 ouguiyas (from US$33 to $603) per month, making a handsome profit from the crisis, but local labourers cannot afford to deal with such rent hikes.

The only way to understand these dynamics is through an impact assessment and the only way to ascertain locals' needs is through detailed needs assessments, says Ann Maymann, head of UNHCR in Mauritania. "Targeting host populations will require needs-assessments and evaluations, all of which must be resourced," she said.

Arriving aid groups often bring assistance that benefits locals, as well. Mauritanians near Mbera can now water their animals at two reservoirs built just outside by the camp by Oxfam. UNICEF has helped build latrines in surrounding villages, and is working with a local partner to rebuild two primary schools in Mbera Village and a pre-school in Bassikounou. The NGO Solidarité extended electricity to people living in surrounding villages. Oxfam and the International Organization for Migration are building or rehabilitating dozens of wells outside of the camp, and SOS Desert has rehabilitated 12 wells used by pastoralists within 2km of the camp.

Perhaps most noticeable is the improvement in health services: Mauritanians can access any of the camp's four well-equipped, well-staffed clinics, three of them run by Médecins sans Frontières and one by the UN Population Fund. The clinics have sonogram machines, and can transport patients with complications to MSF's emergency surgery centre in Bassikounou. Ministry of Health nurse Fatimata Wahalatte Ahmed, who works in one of the camp clinics, estimated about 10 percent of the patients come from surrounding villages. She added that the camp had provided work opportunities for Ministry of Health staff.

Fabien Kabongo, head of MSF in Bassikounou, estimates 70 percent of the emergency surgery patients are Malians and the rest Mauritanians. Before, women had to travel to Nema, 240km away, when they needed a Caesarean section. "Two out of five died en route," said Cheride Kasongo, the surgeon at the centre.

MSF runs an emergency surgery block in Bassikounou, 18km from Mbera camp. Most of the operations are C-sections. They say 70% of their clients are refugees from Mbera 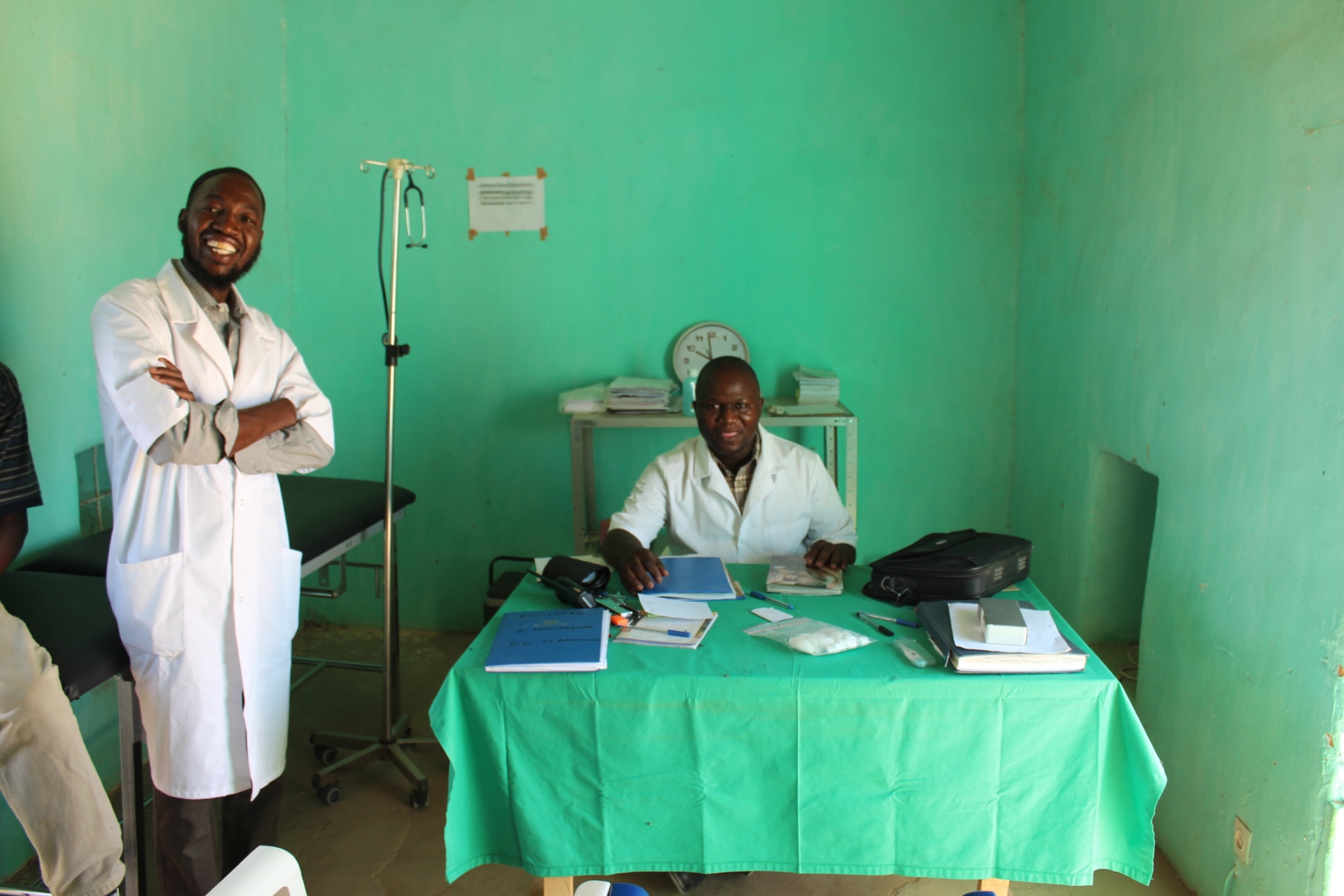 But coordinating refugee aid and ongoing development aid projects is usually not done well, said the 2011 World Bank report. Creative development projects that might benefit both refugees and hosts are often the "exception rather than the rule" because of lack of donor support and lack of awareness of the opportunities that refugee populations can bring, according to the report.

While refugees can attract further development aid to a region, bringing benefits, one expert in the capital, Nouakchott, told IRIN she feared emergency aid for refugees could also cause development actors to diminish their activities. She said more research is needed in this area.

UNHCR head Maymann told IRIN: "Extending more help to the hosts now would be a nice bridge to the process of deactivating 'refugees'." She added that the government has not given any directives regarding targeting local populations, but has "welcomed it" when UNHCR has mentioned trying to increase their aid.

Since the protests at Mbera in September, there has been no visible tension between host communities and refugees, said Etyemezian. Individuals who feel they have been wrongly de-activated can bring their cases to UNHCR; so far, 5 percent of cases have been re-activated following an inquiry.